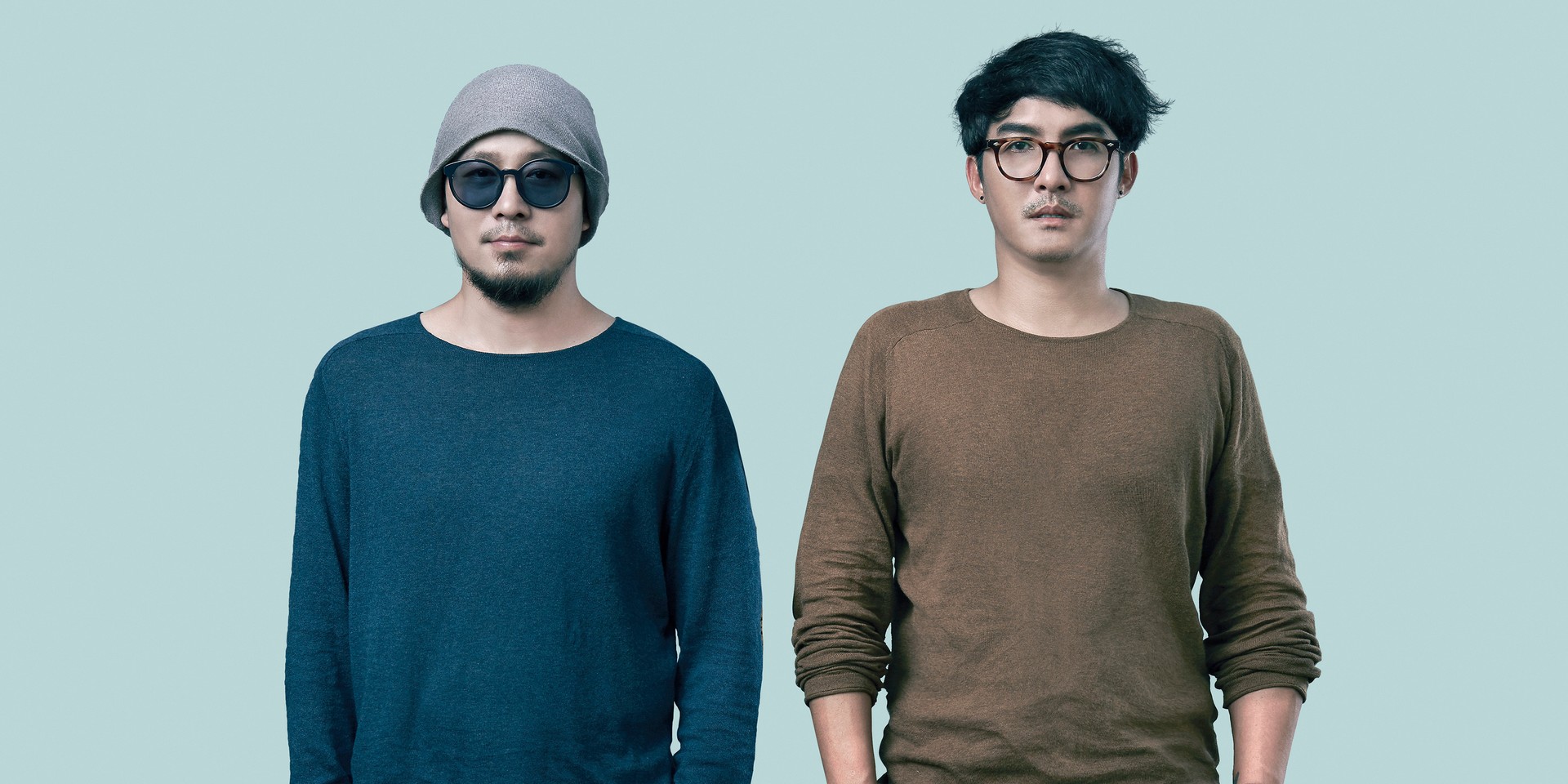 Ahead of Friday's 2gether: The Series finale, we had a quick chat with Scrubb, the Thai duo behind the music of the tv show's soundtrack. Their songs '“ขอ (Wish)', 'ทุกอย่าง (Everything)', 'รอยยิ้ม (Smile)', and 'ใกล้ (Close)' have been dominating streaming platforms in Asia throughout the duration of the series.

“The author is one of our fans who started writing this story as an online fiction inspired by our songs. Then it got published as a book," Scrubb shares in a statement. "Finally, the series came out, which encouraged more people to listen to our songs. We have to thank Jitti, the author, for putting our songs in the original story and making all of these things happen.”

Scrubb adds that “Our songs are our diaries. It’s a way for us to keep the good memories from that period of time. I think the listeners can also relate to the song as they face a similar situation or atmosphere. We are happy when anyone can enjoy and get inspired by our song no matter who they are.”

Crossing borders and gaining fans all over Asia, the pair proves that "there are no boundaries in music", having recently collaborated with Filipino folk-pop act Ben&Ben for a virtual jam of their single, 'ทุกอย่าง (Everything)'.

You guys debuted in 2003 and have enjoyed a lot of recognition since then. How does it feel like for your music to have inspired an entire drama series?

SCRUBB: Personally, I am really surprised that inspiration can be passed on to create other kinds of art pieces by other people. Our band is in a part of music creating and the author of this drama is inspired by our songs. When the book became famous, it was selected to be produced as a drama. This really completed the work in every branch of art in the entertainment industry including reading, music, and visuals that reflect back to our music. We are very happy to see all of these.

SCRUBB: According to statistics, it can be seen that there are many fans from nearby countries like the Philippines, Indonesia, Singapore, China, and Japan who listen to our songs. Also, we can see that our songs are ranking on charts in many countries. To us, it is really new and surprising because our songs are all in Thai which is quite specific. We did learn that there is no boundary in music and no language limitation, music is really international which everyone can relate to. Thank you, everyone, so much for getting to know us and listening to our songs.

Do you also watch Thai BL (boys love)? Or have friends who enjoy Thai BL? What are your thoughts about it?

SCRUBB: This is our first time watching boys love drama because our songs are featured but before that, we have heard that the story is about boy love. We know that there are people who like this kind of story but we never had a chance to really explore until this one. Personally, we think that music can reflect everyone regardless of what age or gender you are, or whatever environment you are at.

We saw that you have checked out Ben&Ben's music after one of the members said he discovered your music from the show. Are there other artists from the Philippines or other S.E.A. countries that you've checked out or are a fan of?

SCRUBB: We were tagged by people to see that Ben&Ben introduced our band to their fans in the Philippines. It is such an honour and we feel really thankful. We had a chance to listen to Ben&Ben's music as many fans from the Philippines has introduced us. They have really good music and we feel like there are still many great artists out there from Southeast Asia that we still have never explored. Recently, I am also a fan of an artist from Malaysia named Lost Spaces and I just got a chance to listen to alextbh's music which I really like. I really want to watch Ben&Ben's show if I have a chance.