We love our music with a bit more intellectual edge (songs with just three chords and fuzzy pedals? Pshaw) and that's why And So I Watch You From Afar has never strayed far from our rounds of playlists and music recommendations. First exploding into the scene with their self-titled debut - a blistering set of tunes that showcased their balanced proficiency of heavy-as-balls riffs, technically-demanding compositions and alluring ambient soundscapes - they followed up brilliantly with Gangs and All Hail Bright Futures, all filled with fresh melodies and all-round awesome vibes.

No surprise then that we were extremely thrilled to hear that KittyWu Records will be bringing the math-rock quartet for a live set at Zouk on February 28, with our favorite prog artisans sub:shaman as opening act! We chat with the Irish lads about their latest album, India, Irish math-rock and more ahead of their show here.

First of all, is there a story behind the band's name?

Johnny (bass player) came up with the name - he adapted it from a song lyric by Team Sleep which is one of Chino Moreno from Deftones' side projects. We all liked the sound of it from the beginning and it just stuck. Although it's a long name, it's definitely a talking point among fans and people finding out about the band.

What spurred you guys to move towards the brighter, sunnier directon in All Hail Bright Futures?

All Hail... reflected the positive mood between myself, Johnny and Rory at the time we wrote and recorded the album. Our first album had been a collection of songs spanning the early part of the band and Gangs - our second - was a darker and more focused piece of work. So we wanted to continue to broaden our song writing and experiment with different styles and instrumentation. Recording the album was a lot of fun and we were all a lot more involved in the overall process compared to previous recordings. There were a lot of 12-14 hour stints in the studio working with Rocky (O'Reilly, producer) but it all paid off and we were really happy how well it turned out. 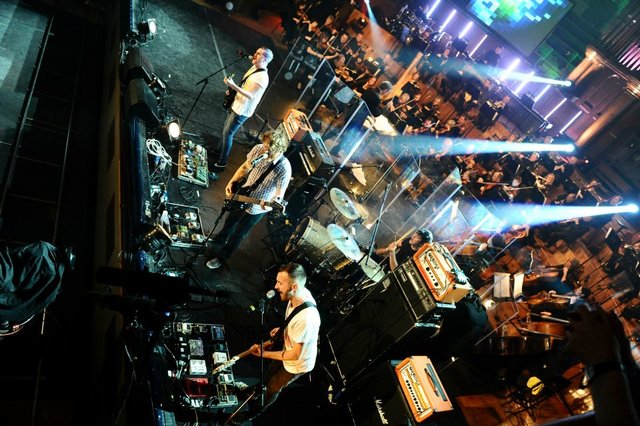 Has there always been a conscious decision from the start to sound a certain way? Or has experimentation been the driving force of your songwriting process?

For us, the most important part of our songwriting has always been the desire to create music that we really love. We all came from previous projects which were more conventional rock bands and when we first started jamming together in And So I Watch You From Afar, we were wanting to head in a much more experimental direction. I think that those early songs solidified an ethic in us to always strive to write fresh and exciting music for ourselves and and it's a wonderful feeling to play our music to people and them enjoy it too.

Since 2013 just left us, we'd love to know your favorite records of last year.

Finding St Kilda by our buddies Axis Of absolutely blew us away last year, they are the purveyors of the most uplifting heavy music.

You guys played a couple of shows in India! Tell us about your experience there.

It was a wonderful and humbling trip in equal measure. It was an amazing experience to be in such a beautiful country and get to play our music to people there and get such a positive response as well as getting to explore the cities and other sites. We were also taken aback at just how much poverty there was there, one minute we'd be in really nice hotels and the next we'd see widespread homelessness on the streets. The trip gave us a lot of perspective and made us really appreciate our lifestyles back in Ireland.

The band has come a pretty long way since your self-titled debut. Was it hard to break out of the Irish music scene?

The Irish scene was such a nurturing place for us in the early stages of the band and we're so fortunate that it still is today. We began playing a lot of gigs domestically before venturing into the mainland UK for short tours. Rory began booking tours for us in the UK once we got our own van and from then on we toured at any opportunity we got, before getting the chance to venture into Europe and beyond. The early days of touring were all about grasping at opportunities, taking risks and playing a lot of tiny venues to very few people. All those experiences however really showed us how much we loved the band and how willing we all were to put the work in to succeed.

Ireland has produced quite a few stellar math-rock bands, including Adebisi Shank, BATS, Enemies and yourselves of course. What is it about Ireland and the genre?

The great thing about all the bands you mentioned is although being all under the math-rock umbrella in some ways, they're all amazing bands with extremely varied styles and sounds. We had been playing our own stuff for a while before we stumbled upon those bands and we were shocked and pleased that there were like minded bands in Ireland. We've been lucky enough to play shows with all those guys and they're very much like family to us now.

What are some Irish bands you think don't get enough attention?

Bands like Axis Of, Hornets, More than Conquerors, Tvvins, La Galaxie are all outstanding and deserve so much success.

What can we expect from a live ASIWYFA show?

For us, playing live to people is such a fun and satisfying experience and we always play with passion even if we're tired or a bit ill on that particular night because we love it. We thrive off energy from the crowd and the more fun that they have the more enjoyable it is for us. So expect a loud show with plenty of heart and hopefully a mosh pit of two! 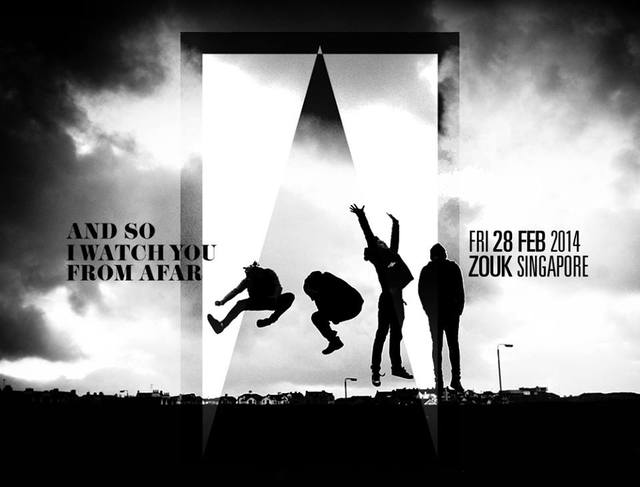 And So I Watch You From Afar Live In Singapore