We spent a good chunk of our Saturday in the vicinity of Arab Street eating Moroccan-spiced wraps, drinking Hoegarden, shuttling between both the acoustic and main stages and enjoying the activities that SG MUSO had in store for us at their House Party. We bring you the highlights of the day!

The panel discussions kicked off on time and to a good reception. Perhaps it was too early in the day to discuss about digital distribution but by the second round of talks, the room was already packed with a crowd eager to hear from artists themselves about honing one's artistic vision. The eloquent Vanessa Fernandez (Vandetta/Octover) and Kevin Lester were onsite to lend a few insights. The last session on writing press releases garnered an audience, mostly from the industry who were willing to hang back and talk to the panelists individually. 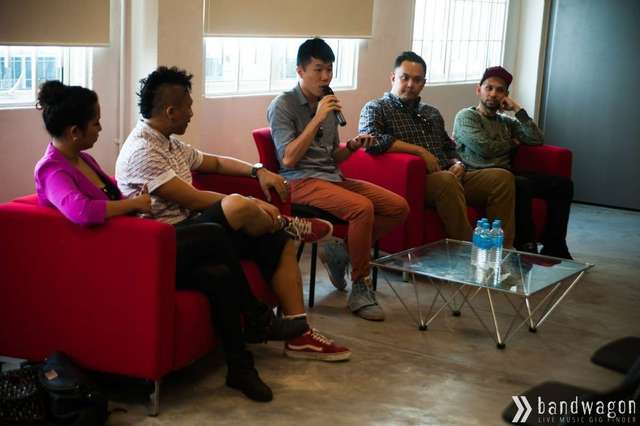 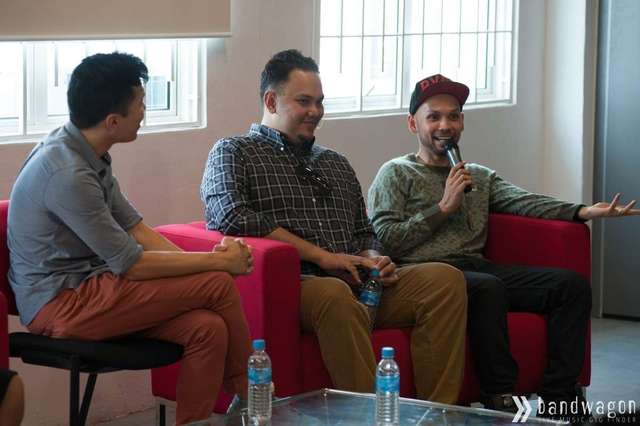 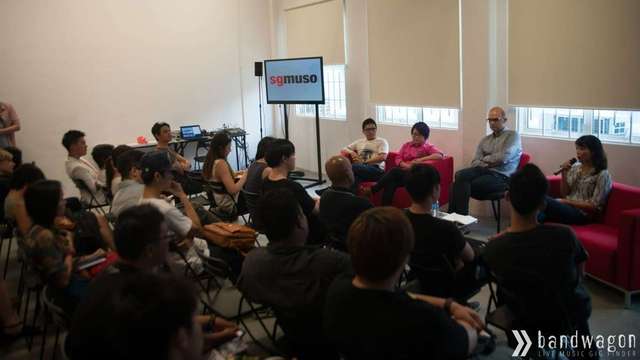 Nestled in the public teaching space of the Aliwal Arts Centre, the white sparse space was transformed into an intimate private lounge with the help of comfy cushions, plush picnic mats and flickering tea lights. The cosy atmosphere fostered a laidback aura which personified the theme, House Party.

Directed by independent film maker Daniel Rucerito, ‘Here We Are’ was a feature documentary that painted the picture of our young music industry. Positioned as an informative coming-of-age tale, it allowed viewers to be acquainted with the confused rebellious teenager that is local music. Featuring the who’s who in local music, the heartfelt interviews and performances served to forecast the optimism for the bright future ahead.

While ‘Here We Are’ gave the overall view of the local music scene, ‘Ignore All Detour Signs’ told the specific tale of local post-punk band I Am David Sparkle. Chronicling the band’s underdog journey to stardom, this intimate production dropped the audience right into the band’s little known world. Filmed over two years, the cinematic rollercoaster of emotions fleshed out the issues that were brought up previously in ‘Here We Are’.

After experiencing the struggles of I Am David Sparkle, viewers got to reap the fruits of their labour by soaking in their invigorating Fred Perry Sub-Sonic performance. But, they weren’t the only ones on the bill. The ‘Fred Perry Sub-Sonic Live’ screening gave avid music fans the chance to witness prominent local acts like Charlie Lim, Monster Cat and Plainsunset from the best seat in the house. It was definitely the best warm up for the evening gigs!

Draped in mewed soft light, the Acoustic Stage served as a musical sanctuary from the aural assault of the Main Stage. With a low tempo vibe, the chilled out crowd came to witness a slow acting brand of tunes.

Late afternoon, we joined the crowd in the cold dark room as Sya invited us in saying, "My friends said they’ll be here to support me, but they’re outside smoking”. She sang bittersweet tunes about lost love and struggles of life. Her best f*ck-the-establishment moment would have to be her song 'The Fight', dedicated to every hardcore bands whose gigs are shut down due to being too loud.

First up, the crowd was the acoustic rap styling of Mark Bonafide. The impeccably dressed rapper unleashed a volley of words that was unlike a spoken poetry jam. Losing none of his verbal swag, Mark’s honest brand of music had no difficulty in getting the audience to clap along to this local rap pioneer.

Singer song-writer Nicholas Chim sought to slow the tempo down with his mellow sounds. Armed with his trusty guitar, the down-to-earth musician proceeded to charm his audience with his gentle strumming. His raw emotional numbers conveyed his heartfelt musical confession which left many in awe.

The sultry Aarika Lee rounded off the Acoustic Stage with an ethereal performance. Her purring vocals, reminiscence of Lamb’s Lou Rhodes, coupled with a funky bass line transported the audience back to the dream pop era of the 80s’. It is no wonder that local musicians Kevin Lester and The Sam Willows were amongst the packed crowd to catch this enchanting songstress. Notable song choice: Metric’s ‘Breathing Underwater’ 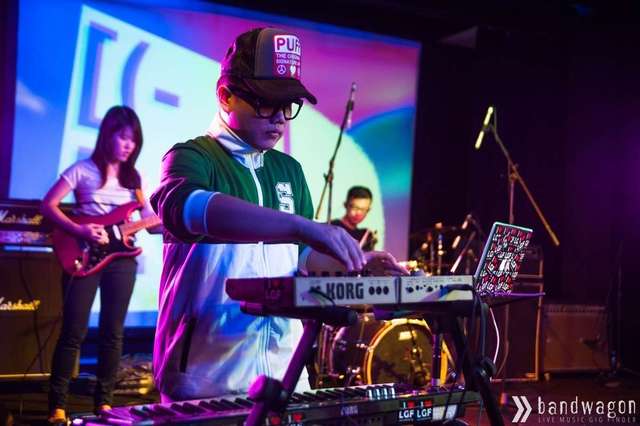 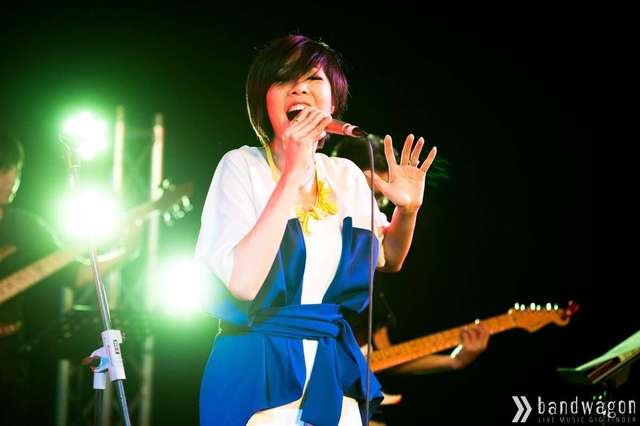 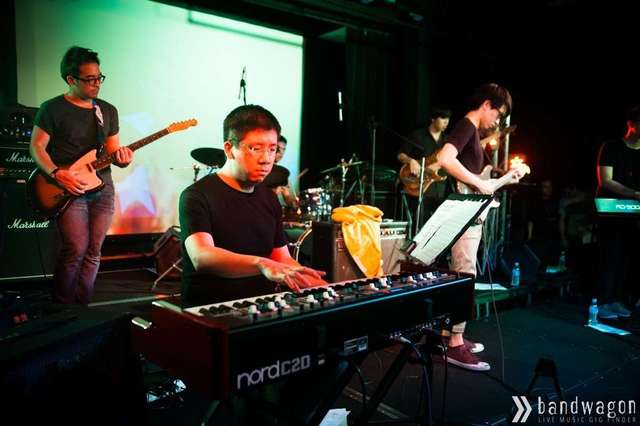 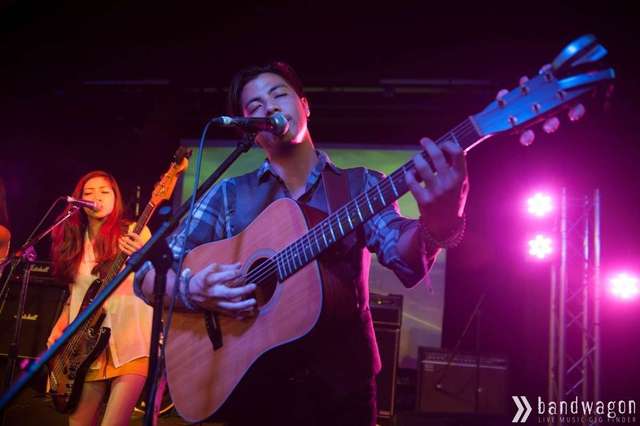 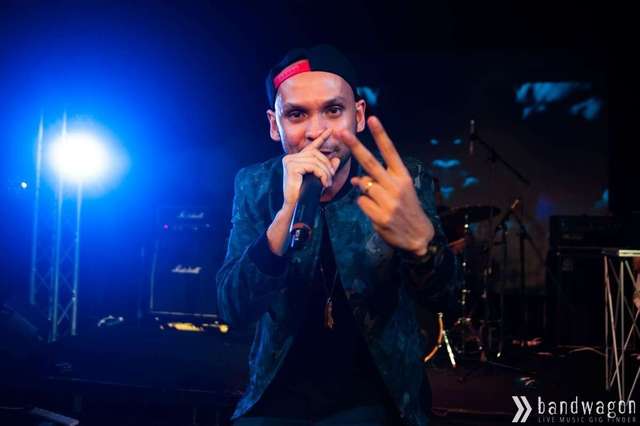 Inside the claustrophobic open hall, the Main Stage was dark cavern of riffs and beats. Resembling CBGB than Studio 54, the hall area was hazed by flashing kaleidoscopic strobe lights as fans streamed steadily into this musical temple.

Kicking off the night proper, Grizzle Grind Crew was quick off the mark with pure raw rap power. To the delight of the fans, they certainly brought their A-game with their smooth silky wordplay and mischievous stage antics. The crowd was evidently appreciative of their efforts, going by the number of bobbing heads throughout.

Next up, the musical baton was passed on to the pop-rock outfit Take Two. Brimming with enthusiasm, the youthful band announced their arrival with their spacy guitar riffs. Despite dishing out danceable tunes, the static crowd seemed rooted to the spot while the barrage of bright lights raged on.

The event reached its pinnacle as local music virtuoso, Charlie Lim & The Mothership took to the stage. Performing with a full band against a Frank Ocean-inspired projection of anime graphics, Charlie brought excitement with his energetic stage presence. Although they played their usual set list, there was a moment of spontaneity as everyone sang the birthday song for bassist Jase Sng. Presenting the birthday boy with a bass piñata, Jase went on to smash it up a la Paul Simonon of The Clash. Seriously, is there any better way to end a set than being pelted by candy?

Tasked with sustaining the musical momentum, The Sam Willows acquitted themselves marvellously. Clearly enjoying themselves onstage, the folksy rock n’ roll quartet’s happy vibe was not lost on the audience. It was certainly a charming performance to leave on as they head out on tour soon.

Capping off the day of festivities, rapper Kevin Lester got off to an explosive start with confetti guns heralding his stage arrival. Besides dropping a new song, the scintillating wordsmith was in rare form striking quite the rapport with the audience. With arms up in the air, the irreverent crowd were not the least fatigued as the House Party wound down in style.