For all film buffs and aspiring filmmakers (sometimes mutually exclusive), the Singapore International Film Festival's (SGIFF) return was a godsend and a refreshing addition to our country's film scene — which, while not remarkably thriving, contains signs of life that shows promise with local visionaries hungry to tell their stories.

With local films as captivating as Unlucky Plaza and as baffling as Ms J Contemplates Her Choice, the selections presented last year were diverse and were made up of a grand total of 147 films, hand-picked from around the world. The personalities that showed up weren't bad either: we hosted John Woo and Juliette Binoche, for starters. Plus, Zhang Ziyi was in a country that could actually pronounce her name correctly. Pat on our backs (we're kidding).

Seriously though, if you didn't catch Unlucky Plaza on its theatrical run that ended last week, you missed out badly.

Now, the people at SGIFF are keeping the momentum up and have promptly announced its swift return. Running from November 26 to December 6 this year, film submissions have officially been opened from now till August 21. The SGIFF team will only consider all feature films and Asian short films that are at least a Singapore premiere, and have not been broadcasted on TV nor been made available on the Internet.

In addition to the applications available for its main selection, SGIFF has also opened up its Southeast Asian Film Lab and Youth Jury & Critics Programme. The Southeast Asian Film Lab, headed by local auteur Eric Khoo, will now be led by Terence Chang, a producer who served with John Woo from his genre-defining film The Killer all the way to last year's 3D Chinese epic drama spectacle The Crossing.

The SEA Film Lab will also feature regional filmmakers — Singaporean Yong Mun Chee and Filipino Sherad Anthony Sanchez — who will take on mentor roles in the program. These individuals will share their experiences in the film industry and provide invaluable advice, especially Chang who was involved in Woo's dalliance with Hollywood, producing the action-comedy classic Face/Off and WWII film Windtalkers. 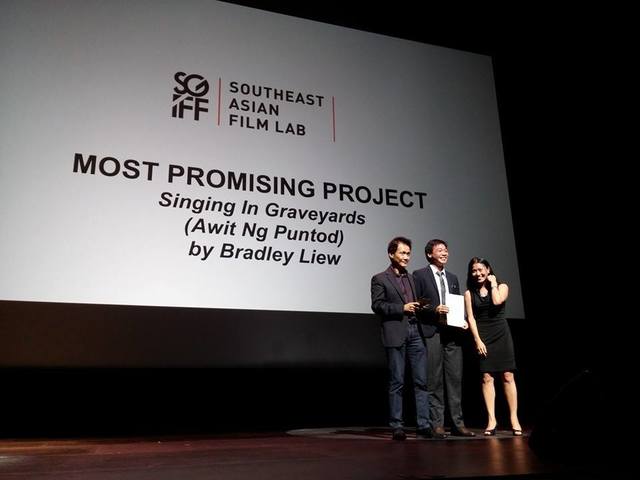 The SEA Film Lab awards the Most Promising Project at the end of its programme, which went to budding Malaysian filmmaker Bradley Liew last year.

“SGIFFʼs SEA Film Lab champions the voice of young filmmakers, and aims to develop cross-cultural dialogue and meaningful collaboration that foster a sense of community. A strong Southeast Asian network is needed for successful partnerships and co-productions, and SGIFFʼs Lab plays that role as a connector,” says Yuni Hadi, SGIFF’s Executive Director.

A total of 10 participants are expected to be selected for the Lab, and will compete for the Most Promising Project — with a cash prize of S$5,000 — presented by Singapore director, Anthony Chen’s film company, Giraffe Pictures. Chen was responsible for the Camera d'Or-winning local film Ilo Ilo.

The Youth Jury & Critics Programme, on the other hand, presents itself towards a younger generation of film writers and critics, where they'll be, according to SGIFF, "educated on the historical and cultural significance of past and present Southeast Asian works, how film theory and close readings of films greatly benefit film writing for a wider audience, as well as different interviewing approaches."