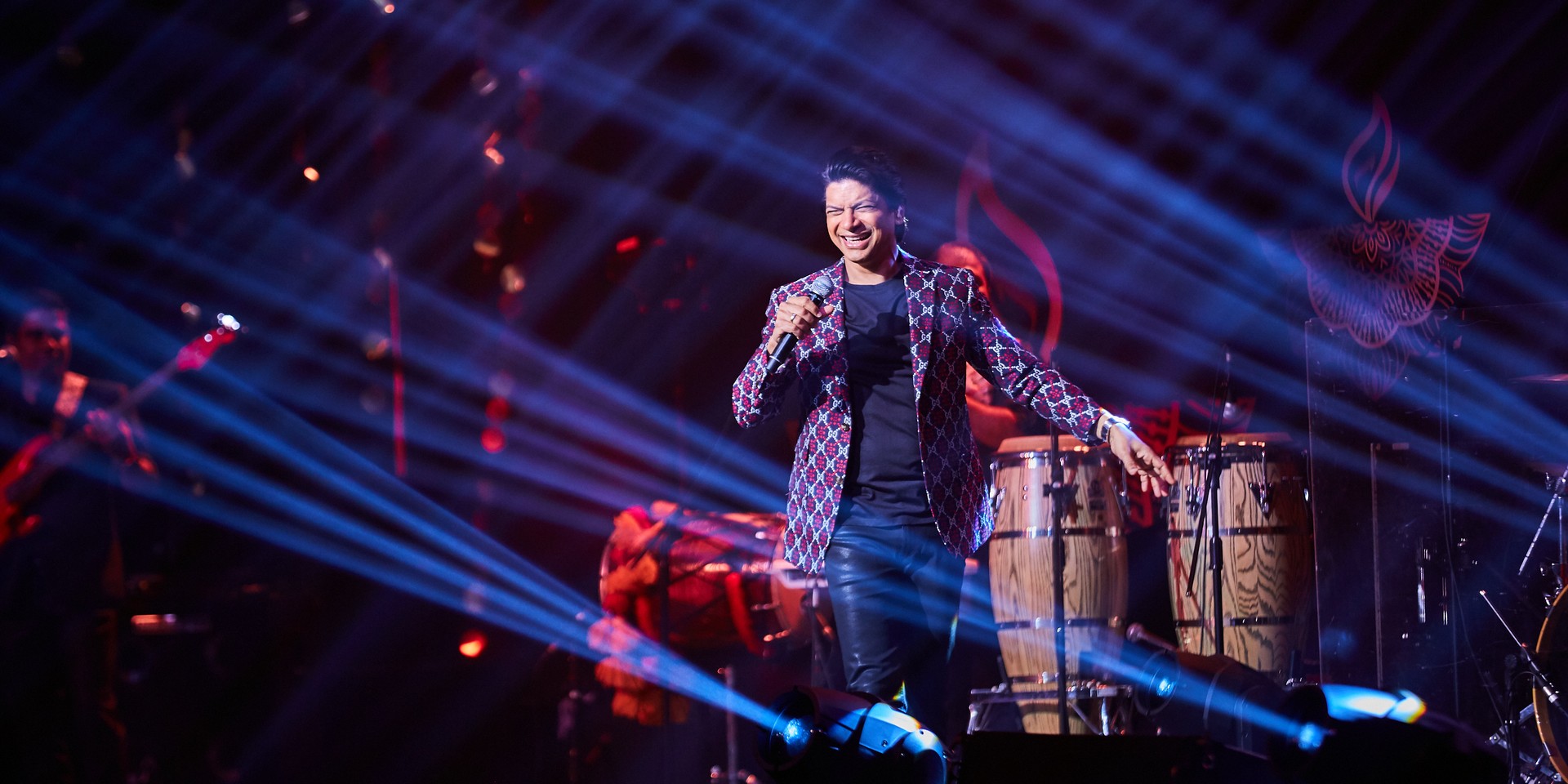 Shaan is a significant cultural force in the Indian music scene.

Often recognised as an isolated but intensely vibrant ecosystem, India's entertainment and music industry has built its cosmic centre around Bollywood. And Shaan, an esteemed playback singer and composer, has built his fort in the middle of it all and, over the last few decades, become one of the few to transcend the almost impermeable boundaries of the highly localised scene.

Last month, after he performed at a Bank of Singapore event, he shared with us about his journey and the rapidly evolving music scene in India.

As an artist with an extensive discography and influence in the cultural scene, can you share with us your journey and your story?

It's been a long journey and it's a long story. I was born to a music family. Everyone in the family sang and my father was a composer. I tried doing other things or jobs, because I wasn't sure if singing is the most stable profession. But somehow, I got pulled into the industry, getting work from time to time. Growing up as a child, I sang for a lot of ad films whenever they needed children's voices. Eventually, I got into pop music in India and by 2000, I was singing for Bollywood. It's been a long, long journey. I started singing at the age of five, so it's been over 40 years, and the journey continues.

I've been very lucky that I haven't had to go through the struggle, so to say, where, for many years, you are just knocking on the doors of the composers, but things are not working out. That didn't happen with me. The passion and fire is still alive and I still want to go on singing. In the last few years, I've started my own YouTube channel where I put up songs that I compose. That's a new hat I've donned as a composer. I hope this journey carries on the same way.

You have been in the music industry for a long time. How has it changed over the recent decades?

The music industry, of course, like any industry, has changed over the years. And I've been around long enough to witness all the various phases, trends and changes. I would say, in every decade, there will be a monumental change. Since we're almost at the end of this one, it's easy to say that from 2010, there has been a lot of change.

There's a lot of original music that's also being promoted and it's working in India. Also, music is blending more with entertainment. It's becoming more simplified and simplistic, becoming something people can still enjoy regardless of whether they can understand the finer nuances of music. It has become more mass consumption now than ever before because it's mostly on YouTube and streaming sites, and, at least in the last 10 years, it's been free, literally. It's nice that everyone is enjoying music. It's reaching a much, much bigger audience.

These competitions are great learning platforms for youngsters to hone their skills and improve on their already-existing talent. But, they should see it more as a learning process and not so much as a shortcut to fame. Very often, if that doesn't work out, they get very disappointed and sometimes even frustrated, and that shouldn't happen.

I enjoy being a part of these shows because while you teach and judge, you get to learn so much yourself. You get to witness firsthand the huge plethora of talent. There's so much talent and such wonderful voices in our country.

As one of the few Indian singers who has worked with international artists, what were some of your most significant collabs?

I've had the wonderful opportunity to work with international artists. It's probably because I'm one of the few singers back home who has a decent accent when it comes to singing in English. [Laughs] Also, I write and dabble a little in lyrics, so it's easy for me to, I wouldn't say, translate, but at least transcribe the songs and weave the songs together in English and Hindi.

I've done a few singles with Blue and others. Also, as part of the 'Asian R&B Mix', we had artists from 10 countries across Asia and I was one of them. Then, we went on to do a collaboration on that song, which was released in a Bollywood film later. Also, I collaborated on songs such as 'Take Me To Your Heart' with Michael Learns To Rock. I even performed with them live when they had come down to India. I was also part of the John Lennon Tribute album. Yeah, I've always had a lot of wonderful opportunities and lots of such fun collaborations.

India is unique because Bollywood dominates the music industry. Do you think that should change?

It's true that Bollywood does dominate the music industry. Very often, when I'm travelling and I tell people that we sing and then the actors lip-sync, they're all very surprised and shocked, because I don't think any other industry has this kind of set-up.

It is a little unnatural. But, Bollywood is changing and is moving more towards realistic cinema. A lot of singers are now also dabbling in acting and a lot of actors are beginning to sing. Also, earlier, every film would have at least six to eight songs, but now, it's just down to just one or two songs. So, there's a lot of non-film music that has come up, because films are not supplying as many songs as they used to.

A lot of artists from different parts of India are now becoming popular without even singing for Bollywood. The changes have already started, and I think in the next three or four years, we will really see a different side to it.

Why do you think this change has happened?

But I've also been lucky to be part of the Bollywood trend, because you get to sing a lot of different kinds of songs. If you just keep listening to or singing your own music, then you end up singing within a certain genre and style, which is what you like and basically, your comfort zone.

What continues to inspire you?

It's a challenge. When you're on stage, there's the connection you get with your audience. Sometimes, you're thrown in different set-ups – sometimes it's more intimate, other times you're in front of thousands of people. How do you adapt and how do you find your comfort zone with that? So, that's fun.

When it comes to recording music, it's another kind of joy, of creating something brand new. I'm also inspired by music itself! My work inspires me.