Music, like fashion, enjoys a repeated revolution of revivalism. They’re extracted from their original context and subsequently injected into the modern age, often with distinct flavors of new. In recent years we’ve observed the likes of Savages fiercely carrying their fiery post-punk torch high, the ever increasing ensembles under Topshelf Records bringing back midwest emo and bands such as Dum Dum Girls and Best Coast receiving their fair share of praises and rebukes for their sickeningly fuzzy lo-fi sound. Music trends are cylic in nature, and it’s not suprising to see legions of new-found fans appreciating a genre that you least expect.

Still, nothing could really prepare you for the sudden adoration for black metal.

Lets examine the stats: the album that appears on (at least) 13 best album of 2013 lists of the world’s biggest music publications feature a black metal album – Deafheaven’s Sunbather. The Guardian recently gave Behemoth's The Satanist five stars out of five. Even Apple is repping a black metal album on their ads. What has the world come to? 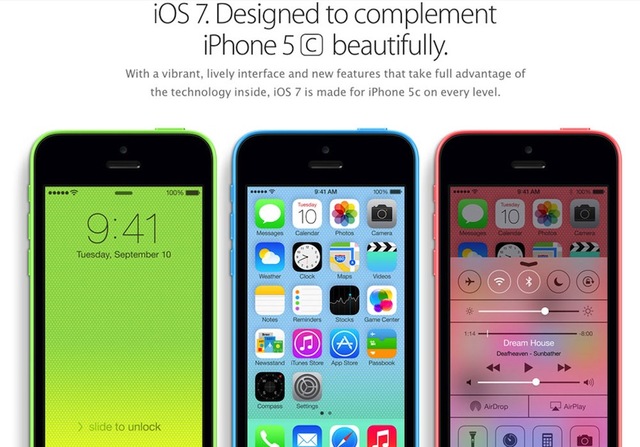 Whether you’re for it or against it, you can’t deny that the once alienating genre has found new life and with it, a whole lot of people paying attention to it (and not for controversial reasons too). Where a stubbornly traditional, static subculture once stood, the current renaissance that’s happening within black metal is more often than not a good thing. After all, omnia mutantur, nihil interit.

But how did this once reviled, misunderstood genre win over the harshest critics and the most passioned detesters of metal? We trek across these grim, wintry landscapes to find out what happened.

Here's a playlist to take you through the ages:

The term ‘black metal’ itself was coined back in 1982, after English band Venom’s sophomore album of the same name. Stylistically, the first few bands that were considered the ‘first wave’ of black metal such as Venom, Bathory and Mercyful Fate sounded more like typical speed and thrash metal, than what we consider as black metal today. What made them different was their lyrical and thematic content: anti-Christian and Satanic themes, adopting morbid personas on stage, complete with monikers (including Nocturno Culto, Gaahl, Count Grishnackh and other jolly names) and corpsepaint. Bathory’s vocalist Quorthon replaced singing with screeching and that turned out to be pretty popular too. The ‘first wave’ generally set the character and tonal quality of the black metal to come – it had to be extremely dark, have lo-fi production, heavily distorted guitars, fast drums and an inclination towards repelling the church-going population.

In the late 80’s, black metal faded away due to the rising popularity of another extreme genre: death metal. It was faster, more chaotic, hyper aggressive, and featured growled vocals. This is how you differentiate between death metal and black metal – the former sounds low-pitched, animalistic while the latter maintains a higher-pitch, like the wind howling. Try it out. Compare and contrast between Cannibal Corpse’s “Make Them Suffer” and Emperor’s “I Am The Black Wizards”. 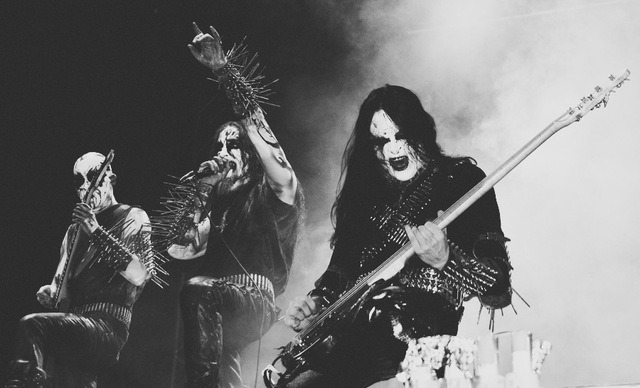 Then came the ‘second wave’ of black metal in the early 90’s, and Norway was the source of it all. Bands such as Mayhem, Darkthrone, Immortal, Gorgoroth, Burzum and more further developed the sound and culture of their forebearers into a distinct, legitimate subgenre. This evolution of black metal took everything to the next level – it was deeply nihilistic and misanthropic, and it took on an absolute rawness that were at times even unlistenable. It was more about generating dark, moody atmospheres rather than evoke any sort of emotional gratification.

This time, there was a higher level of commitment to satanism and being as ungodly as possible, even though the earlier bands only used their ‘satanist’ stance more for shock value. Warped philosophical ideologies were rampant amongst the early Norwegian black metal scene, amassing the ire of international media over this ‘satanically-motivated’ genre and what it made youths do. Some were horribly misguided enough to be completely taken in by the culture, expressing an explicit desire to spread hatred, sorrow and fear – thus explaining the over 50 arsons of Christian churches from ’92 to ’96 in Norway. 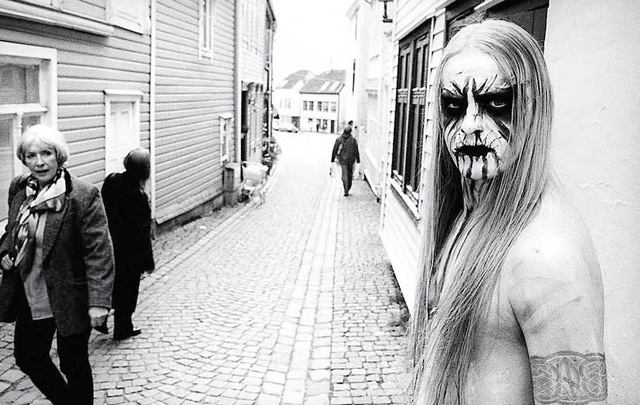 Another incident of extremities is of course Mayhem’s Dawn Of The Black Hearts. In 1991, Mayhem vocalist Per Yngve Ohlin committed suicide and was found with slit wrists, a slit throat and a shotgun wound to the head by guitarist Euronymous (no that’s not his real name). Instead of calling the police immediately, he went to a shop and bought a disposable camera, which he used to take pictures of his former bandmate. One of those pictures became an album cover (NSFW). We’ll let that sink in for a while.

Long considered a purely ‘underground’ genre, black metal had begun to slowly creep out into the general metal scene’s consciousness. Norwegian black metal, plagued with notoriety and an all-encompassing darkness, had an appeal that was reaching out of Scandinavia to influence the rest of Europe. Soon, metal scenes from Germany, France and the UK were embracing the trademarks of its sound. However, this was when the winds of black metal were changing direction.

Like American death metal in the same era, big-time metal labels were taking notice and taking in black metal bands all over Europe. Essentially, this was the part black metal fans loathed; the commercialization of the genre, or as many people call it “selling out”. Being a fiercely underground movement, the purists were needless to say pissed off watching bands like Emperor, Dimmu Borgir and Satyricon hopping on to major labels like Century Media and Nuclear Blast. While contentious in being “true” black metal, many bands sought out to pursue a wider musical palette while still keeping the element of what makes black metal the unique twisted sunflower of darkness it is. Black metal remained in their DNA but they wanted to move forward. Whether it was to grow as artists or to just sell more records is debatable.

Dimmu Borgir, arguably the most commercially successful black metal band in history, added clean vocals and an operatic edge. Emperor and Enslaved veered towards progressive metal while Behemoth began dabbling in death metal. Burzum, the main project of the infamous Varg Vikernes, made use of the minimalist qualities of black metal to introduce ambient elements into his music, even going fully instrumental for a while when he served time in prison and had no access to traditional rock instruments (aside from synthesizers). Blut Aus Nord realized that black metal and industrial music could go hand in hand while Ulver and Deathspell Omega let loose their avant-garde tendencies. Oh, and Satyricon went full-on hard rock too. Simply put, these bands were rooted in black metal but they realized going around burning churches and murdering rival musicians were not their thing.

However it may be that expanding their sound was a stark contrast against the bare-bones minimalism of black metal, these bands along with many others helped to expand the confines of the genre. Without them, we may not even have a band like Deafheaven today. Symphonic black metal, melodic black metal, blackened death metal, progressive black metal, atmospheric black metal, depressive black metal, even psychedelic black metal (Assassins: Black Meddle Part 1 is one of our personal favourites). There’s also unblack metal which completely inverses the anti-Christian rhetoric many black metal bands share. When there are boundaries to push as an artist, you can’t just sit on your ass scowling in your corpse paint.

As they grew and developed as musicians, the bands within moved in different tangents. Some continued to break new ground in expanding black metal while others regressed to the stripped-down root of the genre. There were albums that sounded like they were recorded in Abbey Road while others that had the acoustic qualities of a cardboard box. Being lo-fi was either a statement of staying true to their roots or just not having enough money for better production. While fingers are still being pointed at certain artists for not being ‘kvlt’ enough, that didn’t stop black metal from continuing to evolve into the 21st century.

While still retaining its cold, frightening atmosphere, black metal very nearly phased out its satanic lyrics for more nature-based occult lyrics. Bands such as Immortal, believing that the spirit of black metal lay in the lyrics, denied their music being black metal because their lyrics were about a fictional realm they created named 'Blashyrkh', and not satanic. Some bands, however, discovered the potential that lay in black metal’s atmosphere and experimented even further, stripping it of its common sonic archetypes – it’s high-pitched screeches, tremolo guitars and frantic blast beats. Black metal was about to meet with another phase of evolution.

Bands such as Agalloch experimented with instrumentation. Large acoustic portions were featured heavily on their 2002 album, The Mantle. On the track “The Lodge”, frontman John Haughm goes through dramatic lengths - striking a deer skull for percussive effect, exploring how the black metal atmosphere could be conveyed through the use of unconventional instruments. This led to them taking on a very “folk” sound. However, their ideas to use folk music to portray the black metal atmosphere weren’t met with much commercial acclaim, until... 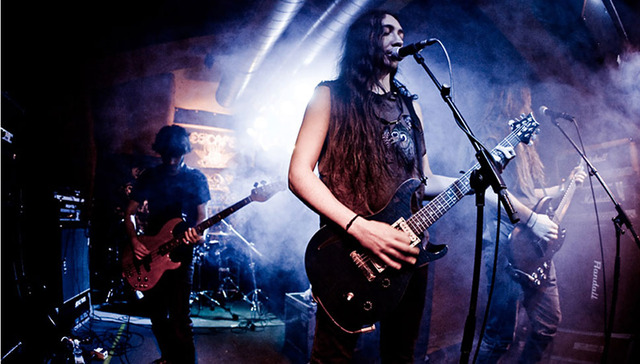 Along with folk, the other prevalent style Alcest was exploring was shoegaze. Neige (Alcest’s frontman) must have thought it a good idea to combine shoegaze’s uncompromising “wall-of-sound” with the darkness of black metal’s atmosphere. And it worked. Brooding and introspective, Souvenirs d’un Autre Monde reached more ears than black metal’s limited listening audience, finding favour in indie circles as well. It seemed like the right time to release a fusion shoegaze record, with the renewed interest in shoegaze in the 2000s and the emergence of nu-gaze bands like The Pains of Being Pure at Heart.

Other outfits have taken it a step further. An Autumn for Crippled Children went as far as combining black metal with dream pop, to a similar effect as Alcest did by combining black metal and shoegaze, albeit with a lighter atmosphere. Wolves in the Throne Room have been noted for their ambient textures, and Altar of Plagues has had a significant post-metal influence on their sound. Brooklyn’s Liturgy fuses noise rock and avant-garde into their music, resulting in something called “transcendental black metal”, a subject of which you can read about in frontman Hunter Hunt-Hendrix’s hideously pretentious ‘black metal manifesto’. 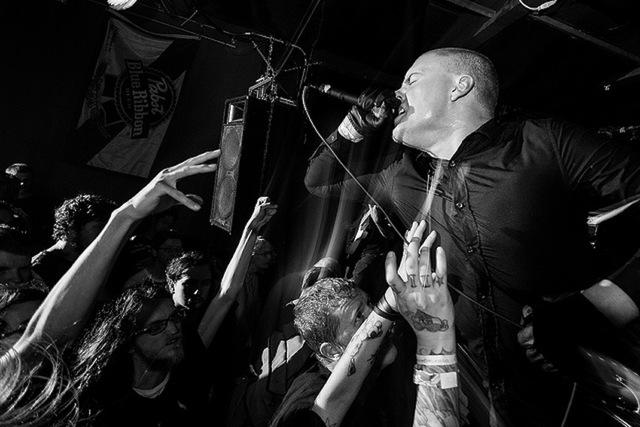 And then there’s Deafheaven of course, arguably the most successful and critically acclaimed band to ever play blast beats and screeching vocals. The appeal lies in the coalescence of black metal’s raw aggression with the soaring crescendoes of post-rock and the hazy drones of shoegaze. But truly, Sunbather deserves all the praise and hype it’s conferred with – if not for the complete spectrum of emotions it evokes, then surely for it’s blinding intensity and a grandiose sense of being. What was most surprising was that they left behind the thematic and visual confines of black metal - there's an absence of long unkempt hair, corpsepaint, satanic references and even the color black on their album covers. Which opened up their music to a whole new sector of modern audiences, ready to consume anything they've never heard before.

As in all music-related debates, one will always argue the true validity of the band's allegiances to a genre, but the truth is, classifications are almost irrelevant and most often than not, inconsequential, in today's music landscape. Lines are constantly being blurred and re-drawn, and eventually erased. Black metal were at one time all too easy too hate, but then people are starting to realize: it's just as easy to love. It’s getting a lot less cloudier in this once inhospitable, cold tundra so might as well say hello to the people who just stumbled in, and take some time to bask in the sun. 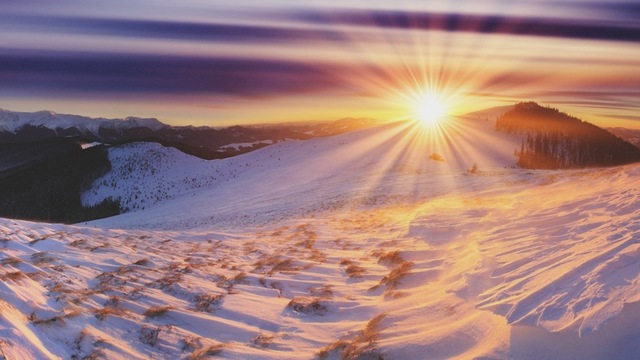