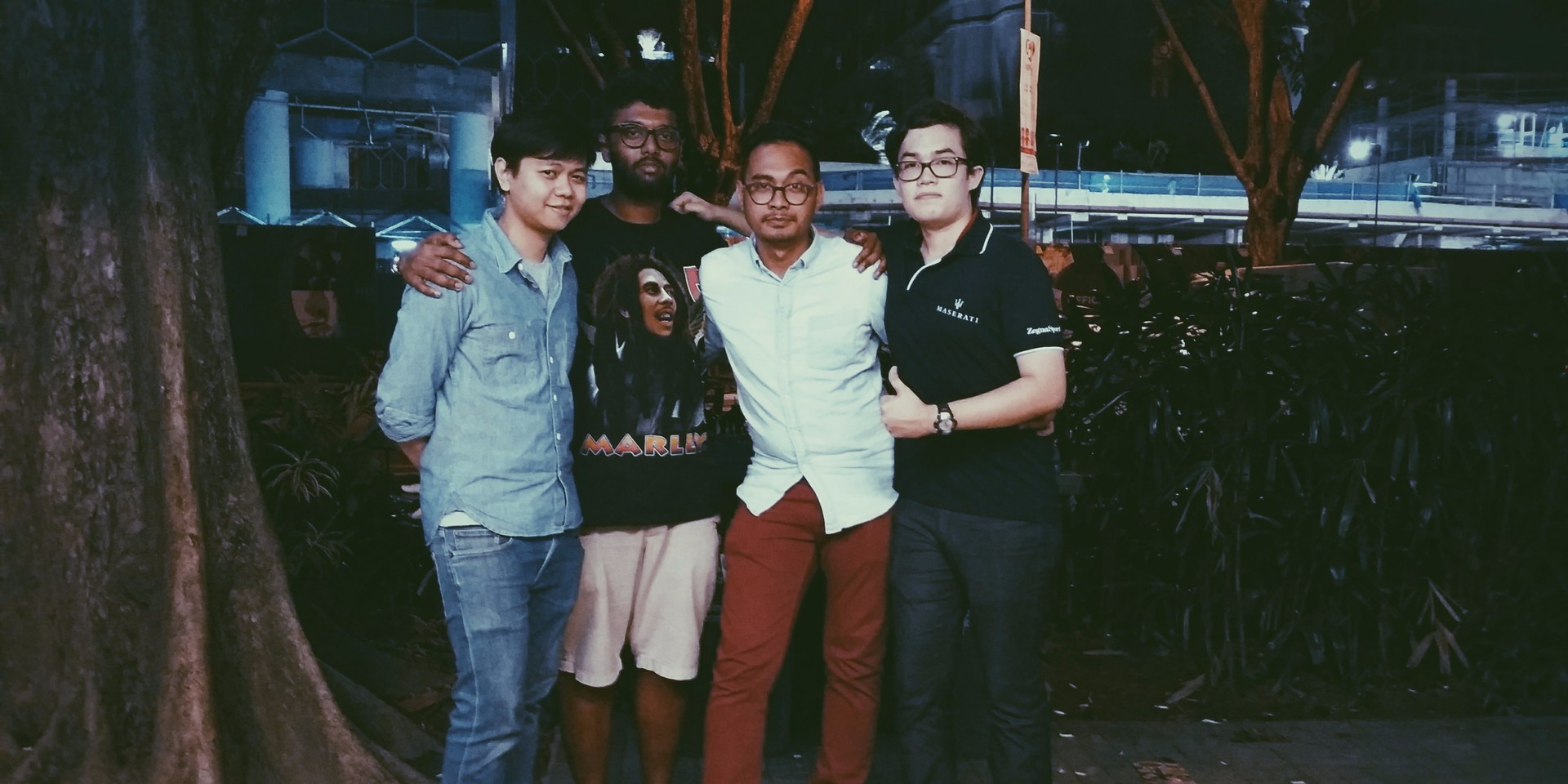 After the unabashed success (if we do say so ourselves) of our Bandwagon Nights launch at the refurbished Hard Rock Cafe with emo-math outfit Forests, we'll be rolling on with the second ever edition this Wednesday at the cozy Cuscaden Road venue.

This week, we'll be spotlighting a group of highly-rated musicians, headed up by singer-songwriter Shak'thiya Subramaniamm and blues-rock power trio The Baits! With their powers combined, they're collectively known as Shak & the Baits, and the buzz around the awesome foursome has certainly been glowing everywhere they've played.

But besides playing two distinct sets as The Baits and Shak & the Baits, they've also managed to rope along their extremely talented friends such as R&B quartet BJ & the Astronauts and the soulful Keith Soo-Tho to perform separate sets alongside them during the hour-long showcase.

All four acts will be performing on September 21st at 9pm and entry is only a one-drink minimum cover charge, priced at $10 SGD. We've also teamed with Hard Rock Cafe to give you exclusive F&B promos for every Bandwagon Night here on out, and all you need to do is sign-up to Bandwagon Insider to redeem special offers on selected menu items. 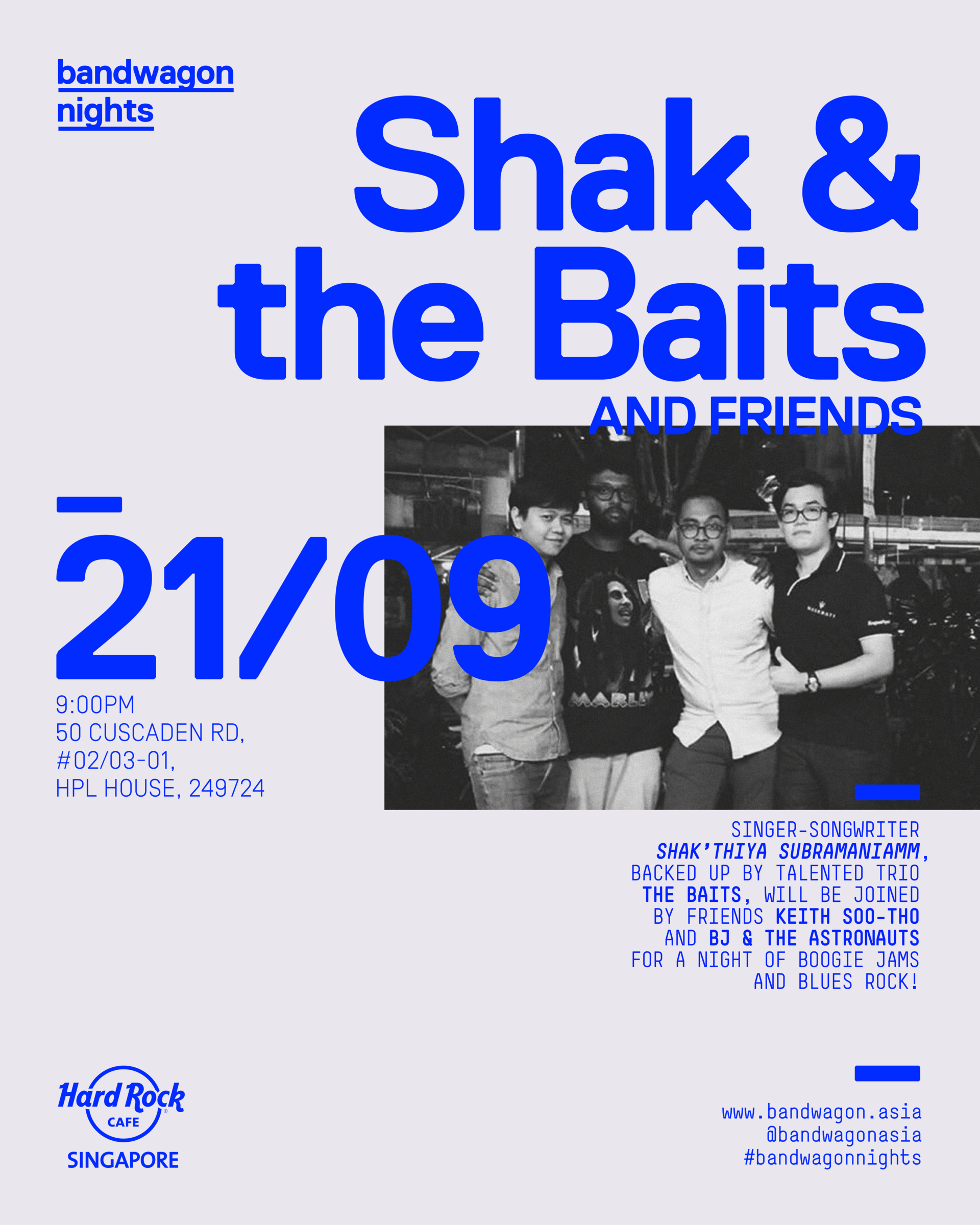