For those who caught the recent Super Bowl halftime show, or those with functioning Facebook news feeds, you would've seen a bit of Katy Perry frolicking in an artificial beach with gleeful trees, dancing sharks and Missy Elliot. While we're not sure if she'll be touring with them, you'll at least get to see the woman herself on May 11 at the Singapore Indoor Stadium.

While there's no news of a promoter who's bringing her here, Katy Perry took it upon herself to announce her staggering Asian tour — spanning from April 18 in Guangzhou, China till May 14 in Bangkok, Thailand. This tour is just part of her all-encompassing Prismatic World Tour.

Channel NewsAsia has also reported ticket prices will start with S$128, S$188, S$228, S$248, and S$328. Ticket sales will commence for Citi card holders on 6 Feb at 9am, with general sales beginning on 10 Feb. Fingers crossed that at least Left Shark makes an appearance. 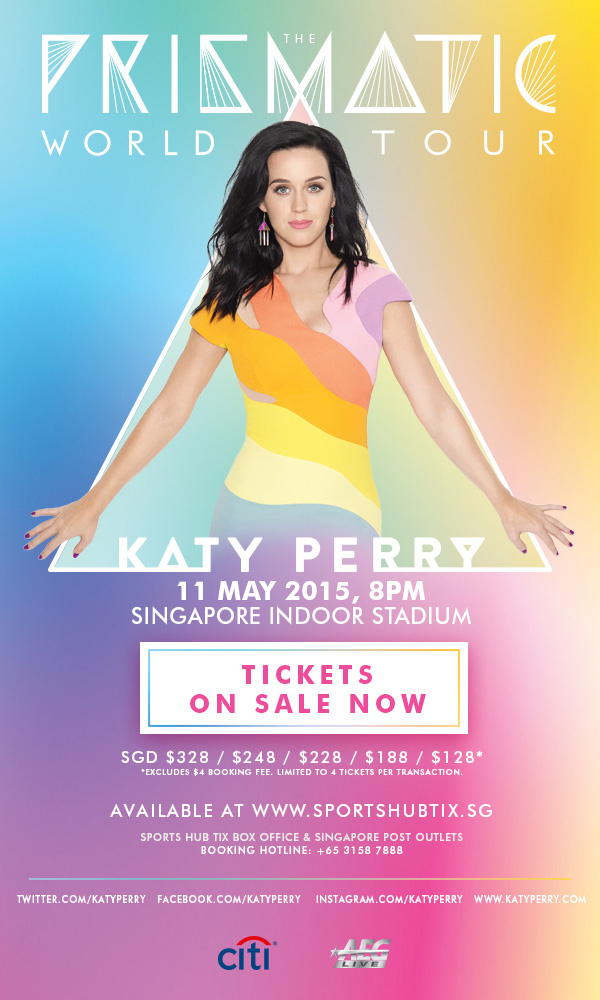