“Do you know this song?” my mother asked me, smugly, midway through the concert.

Then she resumed to singing the entire song, and most of the setlist for that matter. Yup, my +1 for Boyzone’s BZ20 Tour was my loving mother. In the evening before the concert, my mom was singing ‘No Matter What’ while putting on her make-up. “I can’t wait for them to sing that song!” she exclaims. The perfect gig partner she was — the sort who’d clap when the band says “everyone clap your hands", the sort who’d turn on the flashlight on the phones when the band urges “everyone turn on your phone lights”, added with some enthusiastic light dancing and of course grabbing every chance to singing along. 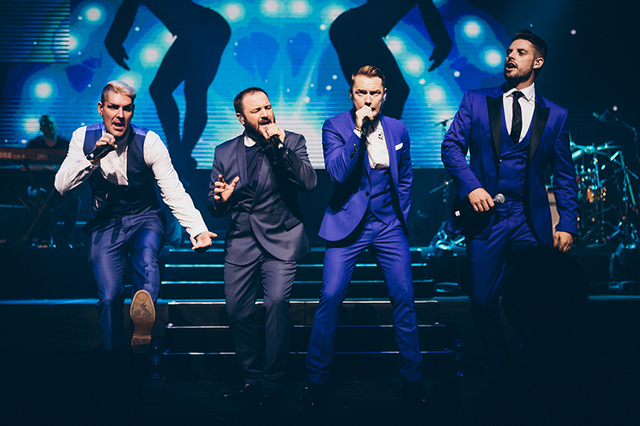 Also, the answer to her question is yes. The song was “You Needed Me” and it enjoyed heavy rotation in my household during my formative years. Boybands were a fundamental part of my formative years. The rule was, I would put up with my mom’s love for Boyzone and New Kids on the Block and she’ll attempt to put up with my teen ardency for NSYNC and Backstreet Boys. Boybands: a time enduring concept. And like all boybands, there is always a pivotal figure among the respectable band of suited-up, colour-coordinated men.

For Boyzone, it is the ageless Ronan Keating. 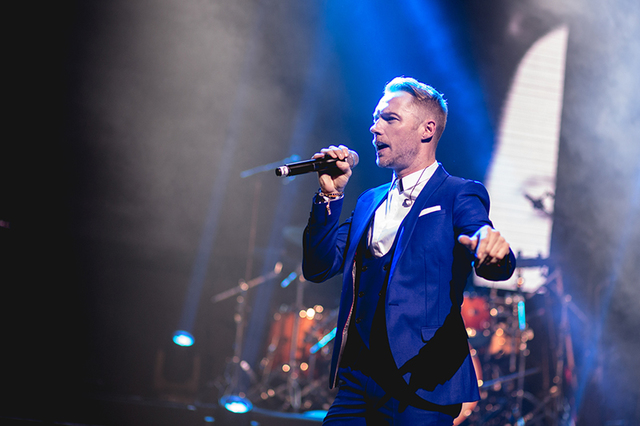 Taking charge from the first song, one would notice how his suit is a deeper shade of royal blue from the rest, the way his hair is better from the rest, how his voice is the 70% on songs like ‘Baby Can I Hold You’, ‘When You Say Nothing At All’, and ‘Words’, just to name a few. My mother definitely noticed this, contributing things like “Wow he still can sing!”, “He still can dance!” (they all could still pull off the synchronised choreography thing) and “His voice still good ah.”

Hold a note, they sure did. I believe it when people say it’s hard to sing and dance at the same time, unless you are Britney Spears and even sometimes she falters but in bespoke suits and waistcoats, they managed to sing in key, dance in perfect timing and harmony; the kind of professionalism that's never really impressive until you truly see it in person. There was a Motown segment in the show where they performed the favourites like ‘Reach Out’ and ‘Can’t Hurry Love’ where they got the entire Marina Bay Sands Grand Theatre to stand up and mirror their moves. My mom: “Why are you dancing like a shy girl?” 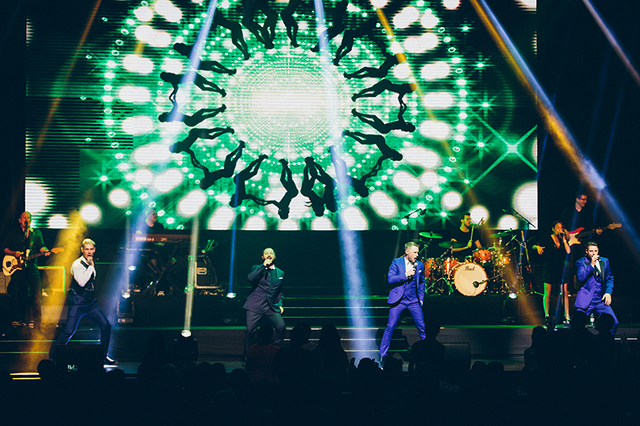 While this adult Boyzone (Menzone?) still conducted themselves like the Boyzone of days of yore, there was something new now: social media. Back in the days, the only way you’d get to know more about the band and what they’re up to were from LIME magazine interviews, and if you’re like their wives and girlfriends, I guess. But now, here I am witnessing an adult Boyzone telling us to hashtag the memories with #Boyzoneinasia and “let’s get this trending!” This of course warranted my Twitter-less mother to turn to me holding her phone and asking, “How do I do this thing?” I laughed a little.

There were sombre parts too. Stephen Gately, a central member of Boyzone, passed away in 2009 which also led to a long hiatus for the band. There’s a short video of interviews with the band members on dealing with the loss, promptly followed by Ronan Keating coming out from the shadows in new matching grey outfits to perform ‘Everyday I Love You’  — a song where Gately’s vocals feature prominently, and it was his vocals we heard that night as well which saw a wave of awww’s and sighs around the arena.

Yep, including my mom. “His voice was the sweetest,” she remembered. 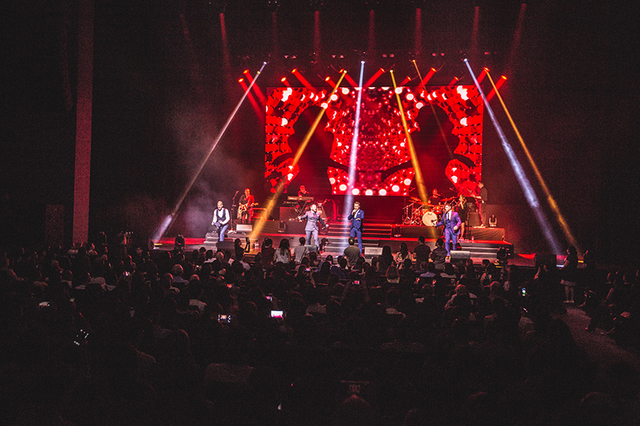 ‘Life Is A Rollercoaster’ as a closer was a weird choice for me. Why couldn’t they sing something more… classic? Why choose an essentially Ronan Keating song? Of course they were gonna bank in on the "life is unexpected and everything is a surprise" element. It didn’t matter to my mom, and a lot of other middle-aged women apparently.  In the ladies room after the concert, I encountered five very sweaty ladies who I recognised from the corner balcony seats — dancing for the whole two hours, even during the slow songs. My mom came out of the cubicle, their eyes met, there was a slight smile there and she whispered to me, “They’re so fun.”

You can still help Ronan Keating and co. trend #Boyzoneinasia on Twitter.