Sandwich and Chicosci guitarist Mong Alcaraz took on a different role as he went behind the boards to produce She's Only Sixteen's first full-length album, Whatever That Was.

We've heard from the band, now it's time for the producer to share with us his thoughts on the new record, in this track-by-track guide.

Leave Me Out of It

Guitars were fun to record for this track. There’s a lot of little motifs going on almost the entire time. Threw in some acoustic and slide guitar in there too for good measure.

This was part of the last batch of songs recorded for the LP. They played it for me unfinished, and first thing I thought was “Are they serious with this beat?” At this point we just finished the janglier, twee-er part of the album, so the lounge/house thing was, oddly enough, a bit jarring.

Bonus points for lounge duelling guitars and some Benson descending octaves. Then we had to figure out where and how the bridge resolves to the ending/chorus—Joe (Ang Bandang Shirley) happened to be in the studio the day we were wrapping up guitars for the song, so we asked him to try and track some solos over the bridge. Funny part is we never got to use any of it, because Seña opts to sing over the whole bridge instead.

This was one of the easier ones. We had some rewrites on bass, and couldn’t decide on what synth patch the pre-chorus needed. What I remember most about this song is the video concept they had of just lifting weights while singing the chorus.

This was basically a 2 chord jam that they didn’t know what to do with just yet.  I asked King to just play the beat and just jam to a guide track—-no structure, no sequence, just dynamics and ideas. And then I asked them to remix and do a composite of the drums on Ableton. We basically reverse-engineered it. 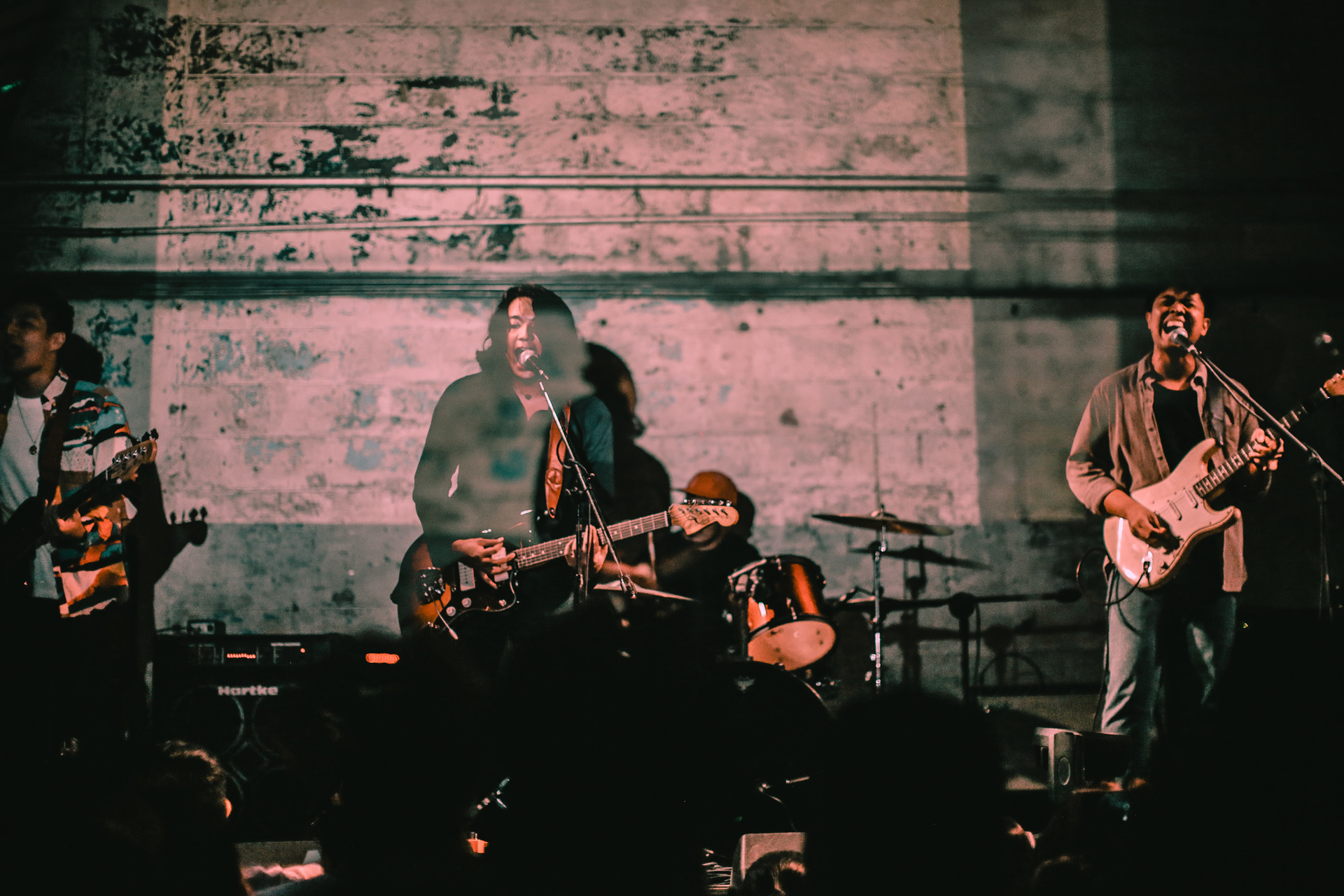 She's Only Sixteen at the Whatever That Was album launch last September 30.

This is probably the song I’d play if someone asked me what She’s Only Sixteen sounded like. Simple & straightforward, lazy duelling jangly and glassy guitars, doo-wop backups, fuzzy outro.

Andrew plays drums on this track. King got the ball rolling off of a guitar lick. This song is where the band’s contemporary influences are most obvious. I also wish we made the kick a little bit louder.

Pretty intro, fuzzy Dino Jr chorus part, and a gospel outro. How do those even go together on the same song.

Switched up some chords on this track, just so some lines (which Andrew and Seña always have a lot of) they came up with resolve better. And we did a crash course on arpeggios for the short latin-tinged break.

When I first heard them jam this song, I told them I liked how it was going into Beatles territory——and Seña promptly says “I don’t really listen to them that much” At this point, we were looking for harmonic/chordal devices, so I go and google “How do the Beatles use the Circle of Fifths”, and voila.

The demo was near perfect. We made the whole mix go through an Adrenalinn III and a Timeline delay, which we slide into the mix for some parts — nothing too distracting. Most if not all of the samples are lifted straight from the demo. We just re-recorded some bass, guitars and vocals.

I didn’t touch this song. As is where is.

She's Only Sixteen's Whatever That Was is now available on Spotify, Apple Music, and iTunes. Physical copies are available at Satchmi.