Shut Up And Listen 2013: three awesome bands coming together who are capable to ply a crazy blend of beats, sing-along choruses and pulsating breakdowns. A triple bill? Of course we’ll be there. 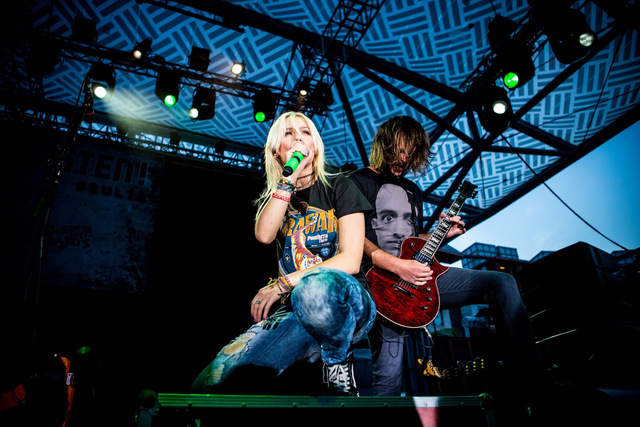 The pop punk band from Sydney, Tonight Alive warmed the crowd at first sight with Jenna McDougall fitting nicely onto the stage. The Coliseum was half-filled, but a strong dedicated crowd kept chanting names I believe as the intro to ‘The Ocean’ was heard, followed by ‘Listening’. It only took the first two songs to open a small circle pit though. The maturity of the band was clear from their stern showmanship, but in a cheerful way. As a result, there’s a lot more depth displayed on their recent album What Are You So Scared Of. Jenna kept the crowd pumping tirelessly and worked everything out from start to the end of their set. Nothing became a little confined as Jenna stretched her vocals for songs like ‘Wasting Away’, ‘Amelia’ and ‘Starlight’, making the crowd go nuts. Nothing beats than them making their first appearance here, already flourishing their brilliance.

There are few audiences in the world as devoted to the cause of alternative rock as those in Singapore, so when the most revered band in that genre decided to drop in again for a show, you can bet it’s gonna be an explosive one. The Red Jumpsuit Apparatus was imminent and had almost everyone chatting in the smoking lobby is talking about two things (we eavesdropped); set list and public transport. 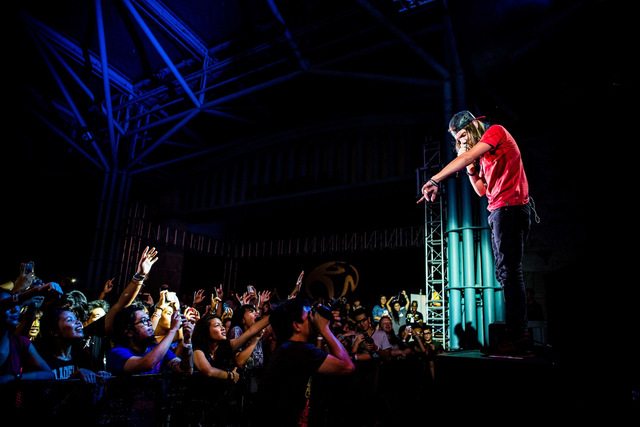 Fans started to chant when the lights went down, making the place sound like a wall of slot machines. The stage is sparse with only the instruments and all of a sudden, touring drummer of RJA emerged from the side followed by the rest of band members. Ronnie Winter, the vocalist smiles and fired off the introduction to ‘Misery’ and ‘Atrophy’. The band is here; they sound great, and everyone in the crowd was eating it up

As the rhythms pummeled across the floor, the band locked into a tight groove that shows no sign of rusting. The boys draw as little attention to themselves as possible, except for one member of the band. Nineteen years of age, Josh Burke was not shy letting the sheer force of their music dominate the experience. A little short guitar solo from him right before ‘Remember Me’ sent tears streaming down my cheeks. The set list was a joy, designed to delight and reward a loyal fanbase, their performance posed a ferocious climax. Included were crowd favourites ‘Your Guardian Angel’ and ‘Face Down’.

As fine as this bill is, it was the presence of Anberlin who made the event what it was, with performances that were most definitely theatrical, as well as being uplifting. Whether they meant to or not, the band have captured a growing mood among their  fans; which they want to reconnect with the original feel of their genre, that sometimes it is preferable to experience their different takes on their new material. 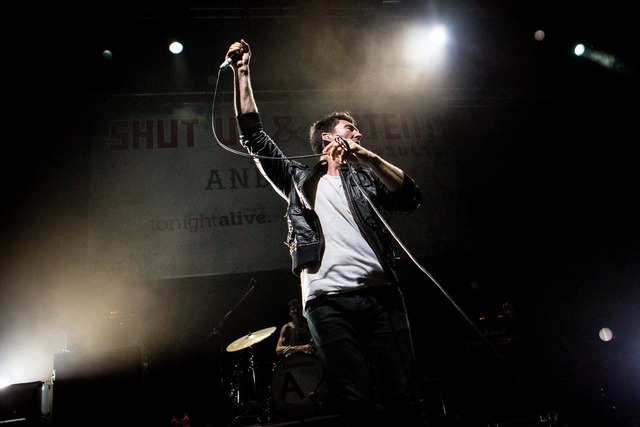 Songs like ‘The Resistance’, ‘Paperthin Hymn’ and ‘We Owe This To Ourselves’ were the easiest way to attract attention of the crowd, with Stephen Christian on the vocals moving from side to side like a pendulum. He has certainly learned some new tricks of his own from all the touring, and Stephen’s come to realize how important to make eye contact onto the crowd at random times. Shatteringly heavy grooves emerged from ‘Someone Anyone’ and provided a whole new kind of feeling. In all honesty, it takes a few listens to gauge exactly what kind of beast songs they were from their recent album Vital.

Anberlin have always been excited about playing older material and without a doubt they treated the ecstatic fans to classics such as ‘Impossible’ and ‘Feel Good Drag’. Each delivered with enough energy to shame the previous bands performed. While drummer Nathan Young battered his kit with precision, the two guitarists were playing off each other’s riffs to ‘Modern Age and ‘Other Side’ effortlessly. With strong influences from Sum 41, their harmonic effects were also heavy doses of Angels and Airwaves. The last three songs including ‘Ready Fuels’, ‘Reclusion’ and ‘The Unwinding Cable Car’ escalated the tension in the pit and forced everyone’s brains to explode with headbanging all around. That night was still one the most fun gigs in recent memory for me yet, this is not truly finished as we know but encore was incoming. 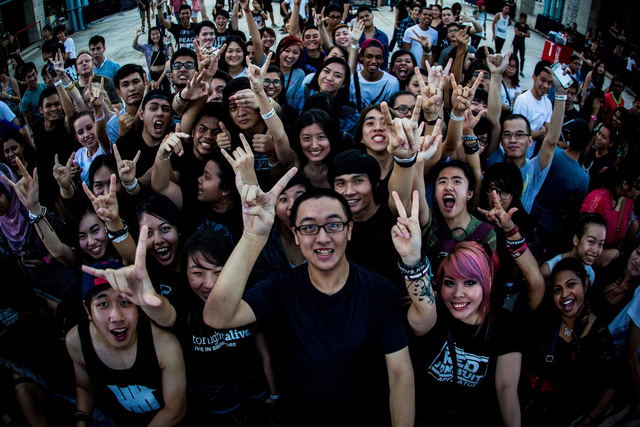 The warmth around Coliseum brought out everything that was great about this rock band. Anberlin proved their vice-like grip on fans as they ended their domination with ‘Godspeed’ and ‘Self-Starter’. Even with the end of the night looming, their story is far from over as Anberlin bowed out like heroes.

It was near midnight, when the whole show addressed its curtain call. Such an illustrious name, Shut Up and Listen 2013 have managed to pull off a thrilling evening-into-night spectacle. With a compact venue like Coliseum, this particular event can be a yearly basis. Kudos to Live Empire once again!