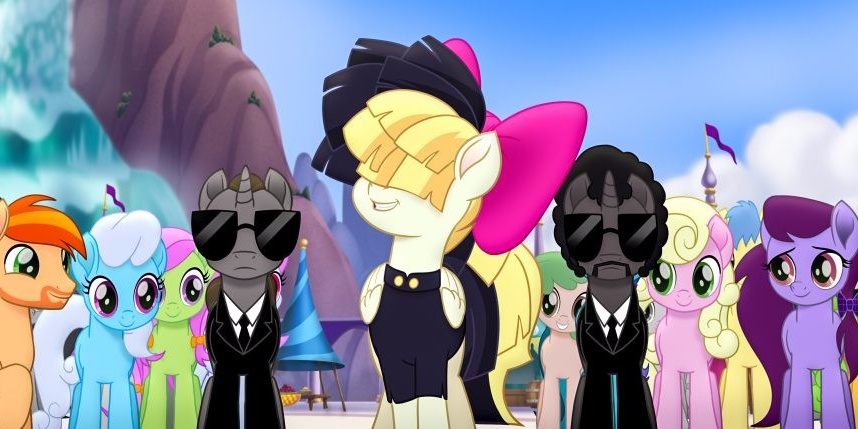 Yes, you read that right. Sia will be appearing as a pony in the upcoming My Little Pony movie, complete with her wigs and security detail.

The pop star has even released a song and an accompanying music video for the movie, titled 'Rainbow'.

Although she won't be making an appearance as Sia, she'll be playing pop-star pony Songbird Serenade, which was directly modeled after her elusive on-stage persona.

Fret not Sia fans, the song in itself is everything you've come to expect from the 'Chandelier' singer-songwriter without any elements of the show's signature whimsy — save for the single's artwork and the video, which features clips from the upcoming animated movie. Sadly, Shia Labeouf isn't in the video.

My Little Pony: The Movie will be released in cinemas on 2 November.