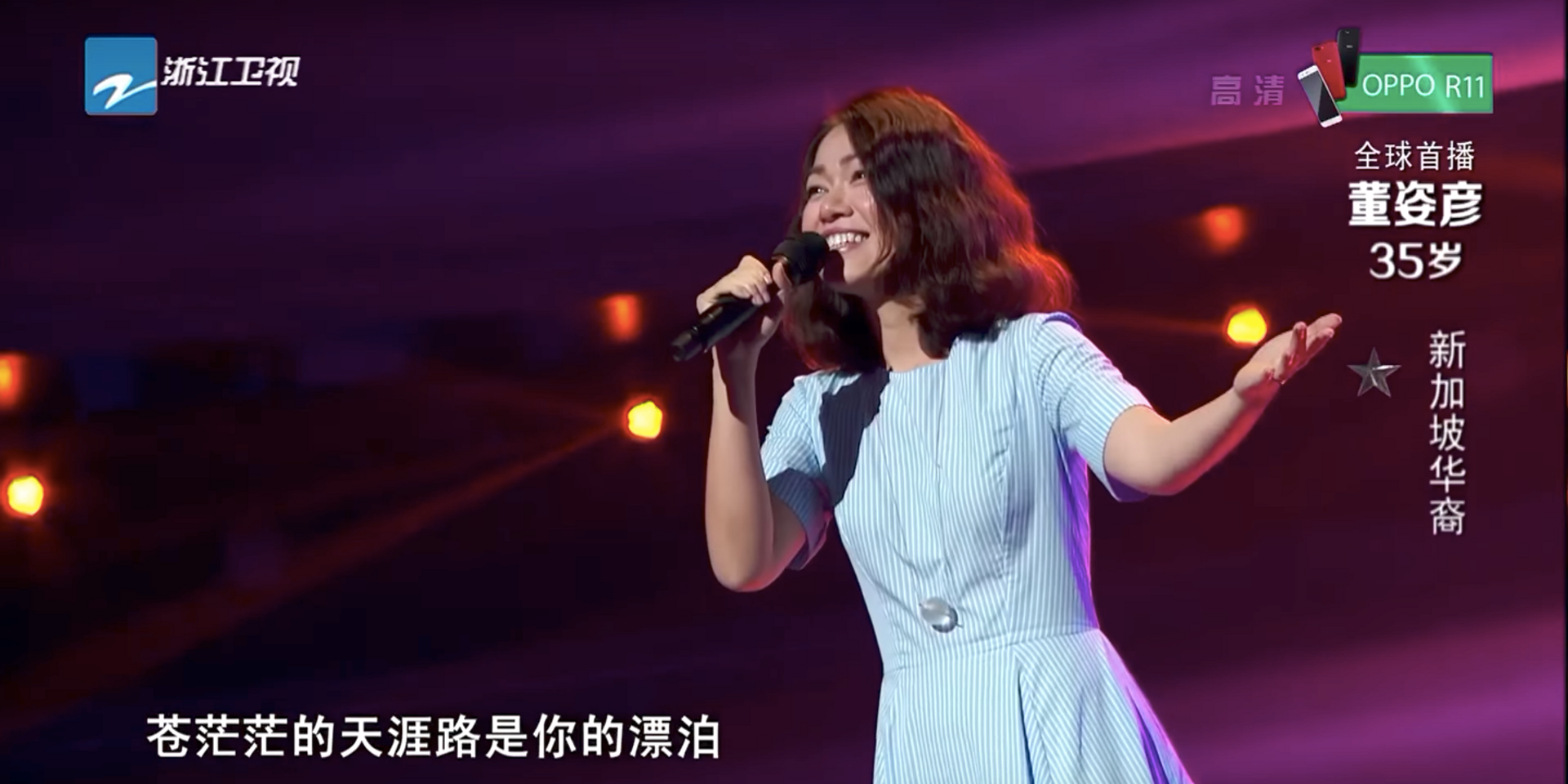 The show that turned Nathan Hartono into a household name, Sing! China is now running on their second season, and it has also featured another show-stopping Singaporean — Joanna Dong.

Appearing on its first episode, aired July 14th, Joanna wowed the crowd and judges with an impressive jazz rendition of 'Love Song, 1990' by Taiwanese singer Lou Dayou, which included some mouth-trumpet improv. Seriously, it's awesome.

Three out of the four judges turned around during her performance, and Dong selected Chou for mentorship — even over celebrated icon Eason Chan, who praised her for incorporating elements of past interpretations of the song, and her impressive vocal skills were enough for him to push the button.

A signee of Singaporean label Red Roof Records, Joanna Dong is an experienced jazz vocalist who has had theatre and TV work under her belt — the latter a spot on the first season of Singapore Idol in 2004. Now aged 35, Dong strides into Sing! China as another potential star amongst the growing competition.

Dong will not be the only Singaporean participating, as Marcus Lee will make his debut on the show after winning the Singapore selections at the Capitol Theatre.

Watch the music video for 'Starlight', a song featuring the collaboration of Joanna Dong and Sezairi: