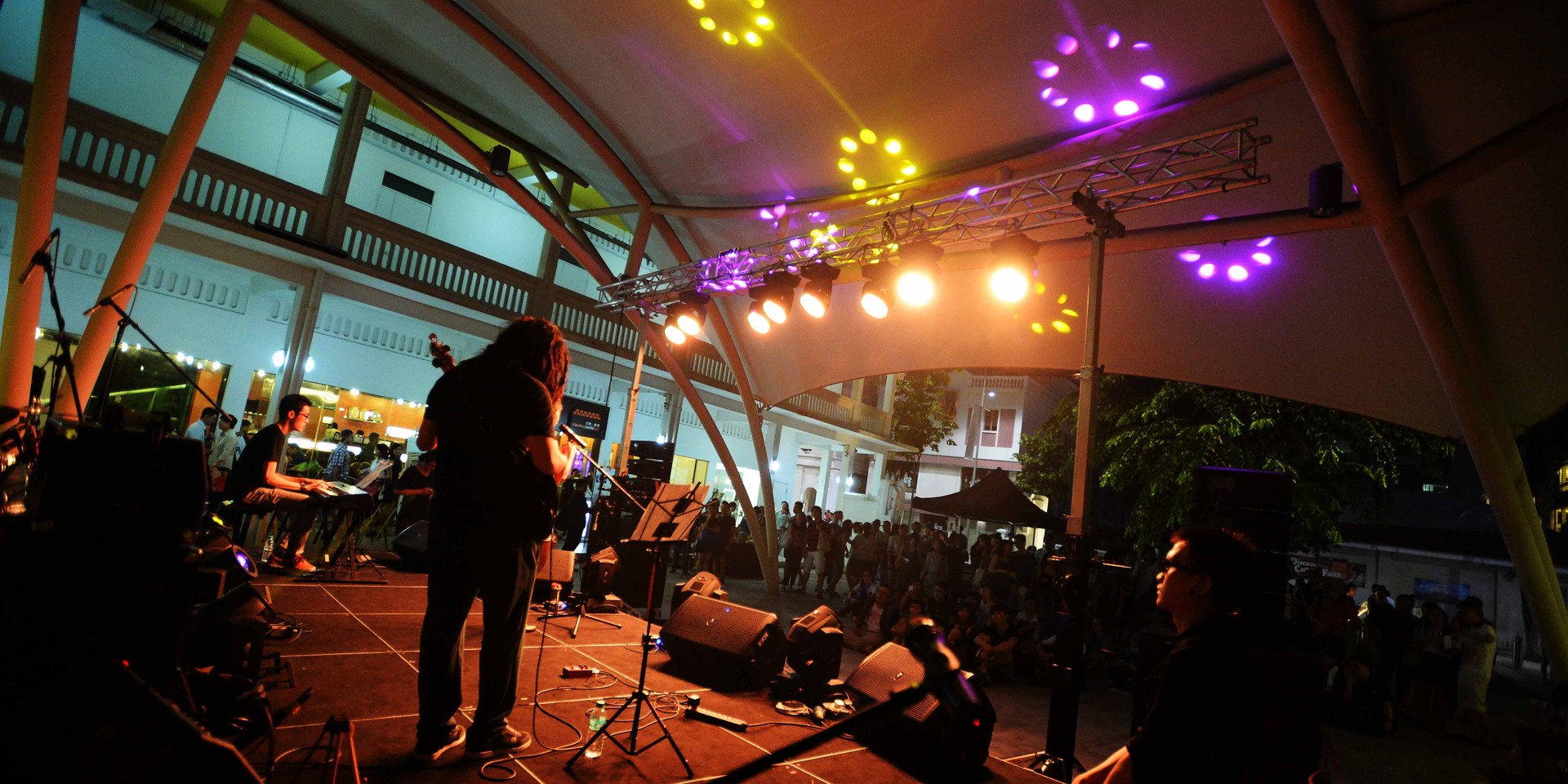 The long-running Singapore Art Museum has been a bastion of culture and contemporary art in the heart of town, presenting programmes that engage the public through fascinating exhibitions, installations and pop-up events.

SAM Late Night is the museum's latest programme, and one that's multi-faceted and unmissable. It'll allow you to explore the museum in all its glory at a later timing — beyond SAM's regular opening hours — connect with the museum's curators in special intimate sessions, pop-up food and drinks by Standing Sushi Bar, and there will be unique live visual and music performances at hand. Entry price? Free for all.

The programme is headlined by SAM's ongoing exhibition, Cinerama: Art and the Moving Image in Southeast Asia, featuring animation, films and immersive audio-visual installations by artists across Asia.

It's a powerful and concise exploration of memory and identity, encapsulated through moving image artworks, including a stop-motion music video for acclaimed Indonesian band Rock N Roll Mafia. The lead curator of the exhibition will be on hand to speak in depth about one artwork every session, discussing with visitors the themes and ideas behind it.

In an extension of the immersive audio-visual experience of Cinerama — SAM Late Nights will also feature live music performances, linked to video loops and live projections at the 8Q Plaza, after the museum closes at 9pm.

Maverick breakout producer Evanturetime — whose collaborations with Charlie Lim, Linying and Nathan Hartono have lent him an unrivalled experience in eclecticism within the confines of the Singaporean pop music scene — will also be performing in a rare live showcase.

With new material set for release in the year ahead, this will be your first peek into the undefinable realm of Evanturetime's music. His showcase will kick off SAM Late Nights on January 12th.

Amon Wong, also known as the live visualist for alternative rock band Bakers In Space, will be performing his own burgeoning body of work, with appearances by R&B singer-songwriter Ffion, whose tales of defiant heartbreaks and ruminative proclamations were best encapsulated by her Bad Habits EP. Their collaborative set is scheduled for February 9th.

Canvas Conversations, the forward-thinking alternative electronic group, are the last music act in this special line-up, and will be accompanied by a live visualist for their set. If you were at their exquisite multimedia show with Ferry at the Esplanade last year, you'd know the band triumphs in bringing a special live show for devoted fans and curious onlookers alike. Canvas Conversations' performance will wrap up the programme on March 9th.

Besides SAM Late Nights, other Singapore Art Museum and Cinerama programmes from January to March include a curator-led tour of Cinerama, a video workshop led by Cinerama artist Sarah Choo Jing, and upcoming Singapore Art Week at SAM activities, which include free workshops, live movie screenings and the well-loved SAM x The Local People Art Market.

This feature is presented by Singapore Art Museum.