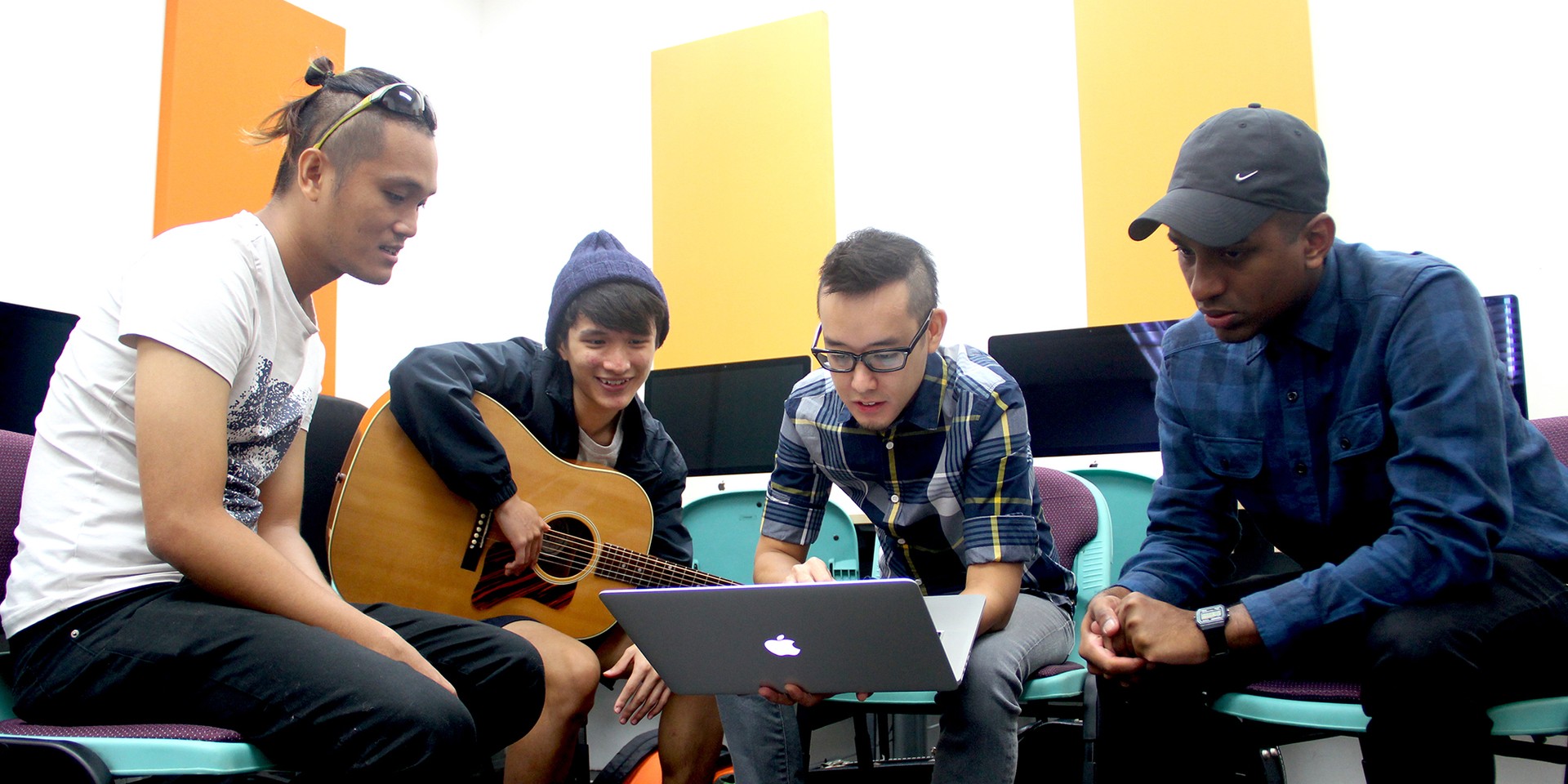 The enthusiasm that defines Singaporean producer and songwriter Tat Tong prevails from his interpersonal candour, willing and able to help anyone who wants a step ahead in a competitive industry, and his extensive output that stretches from Asia to the United States.

It even extends to his brand of workshops titled Gamechangers, an initiative where he — along with a selected group of established industry professionals — aims to teach and nurture individuals determined to break into the music business.

Originally holding a seminar here last year, Gamechangers returned in the form of an invite-only songwriters camp. A select group of Singaporean musicians were summoned by Tat Tong and his team to hone their songwriting skills in an intensive clinic and a series of hands-on group activities, offering partnership opportunities beyond the workshop.

We sat down with Tat Tong to talk about this new initiative, his tips for pop songwriting, managing collaborators and his opinions on Singapore's growing modern music scene.

You're getting the ball rolling for collaborative songwriting camps, something that isn't really known here in Singapore. What made you and your team decide to initiate this?

Moving to LA in 2013, forming The Swaggernautz with Jovany, and experiencing the advantages of collaborative songwriting as the daily norm, it became clear to my team that it would be very helpful to introduce this concept to Singapore. In fact, I had a discussion over lunch about a year ago with Andrea and Daryl from the National Arts Council, where it finally clicked — that, by songwriters here collaborating with each other, a few positive outcomes would result.

Firstly, the quantity of songs written would increase, because writers would not be struggling to overcome writers' block alone, and it would help each other push past this hurdle and complete the task at hand. Secondly, since songwriting is very much a muscle and practice makes perfect, the increase in quantity would likely over time result in better songwriting scene-wide. Lastly, fostering collaboration would build unity and mutual support within the scene, which is crucial if we are ever to make Singaporean music as known as, say, Swedish music to the world.

'Happy Little Pill' remains to be one of Tat Tong's biggest successes in his career, reaching charts across the world, including the US and Australia.

How hard is it really to penetrate big international markets like the US and central Asia? Is it purely a matter of connections? Does it require a serious paradigm shift in terms of mindset and approach to writing for these markets?

American pop, K-pop and J-pop are definitely hugely competitive markets with many established players — so it's hard but definitely not impossible. In fact, I feel that we as Singaporeans have some advantage — being so exposed to cultural trends from outside our country — plus we speak English natively.

Business wise, there really are more similarities than differences between the markets.  Connections do matter everywhere — beyond having everyone's number in your phonebook, it is important to understand what your value proposition is beyond the fact that you write good music, so as to create win-win relationships with your connections.  Also, showing commitment by moving to a hub city for music — like Seoul, Beijing, or LA, and therefore being visible in that scene for an extended period of time, is probably a good idea.

Also crucial — the quality of your music and how applicable it is to their individual scenes.

For example, the US is a forward, trend-setting market, and so it is important to have a fresh sound with unique elements to "wow" the decision makers, like artists and A&Rs. It is also a very urban-influenced market, culturally, so knowing the street lingo is vital for lyrics to connect to their audience. I guess in summary, we all have to do our cultural homework to understand the audience, and have a healthy respect for and pair up with their local creatives as necessary, in order to create compelling hits that are truly relevant to each market. 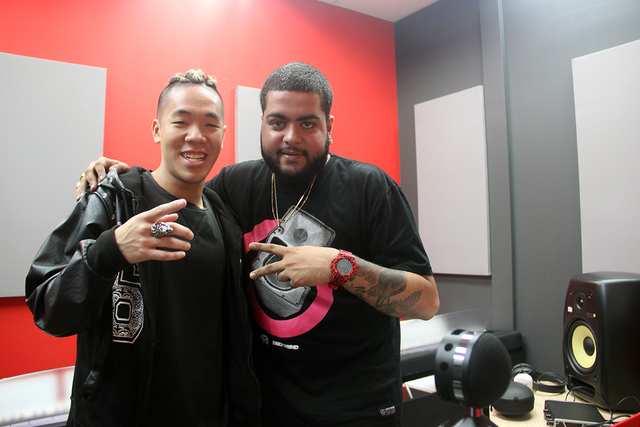 As a songwriter, what tips and techniques would you give to singers and producers trying their hand at lyric and melody writing?

Practice makes perfect - it's likely that your first song won't be the best, but God willing, your 3000th should be pretty awesome!

Also, there is nothing wrong with mimicking your favorite artists when starting out. I just read a post on Facebook which said that we can't force our songwriting voice — that it will come out when it is ready, as long as we do our homework beforehand. I couldn't agree more with this.

Lastly, frequent collaboration with others has made everyone in my team that much sharper and better as a writer (not to mention that it has also opened up tons of opportunities), and so I would reiterate that it's important to make that part of your routine and build your circle of collaborators from the start.

"I think we'll see a period of consolidation, where acts that took advantage of the conditions in 2015 to really strengthen their brand should continue to do well, while some others unfortunately drop off the map."

— Tat Tong, on the Singaporean music scene moving forward into 2016.

As a producer, how would you deal with typical situations when there's a case of having too many cooks spoiling the broth? What do you listen out for when it comes to curating and culling good ideas from the bad ones?

Firstly, it's important to recognize that not everyone can work productively with everyone else, and over time you will naturally figure out what your collaborators' strengths and weaknesses are, and which combinations can produce that elusive spark when all their strengths complement each other. I think the magic number of people in a session is three, and I'd recommend having no more than four people in the room.

As for curating and culling ideas, it's vital to firstly establish a friendly, positive atmosphere in the room where everyone understands that the best idea should win, and not to take it personally when an idea is dropped.  Most of the time, we'll instinctively know when something just works — that's where musical intuition and experience come in.  If there are multiple awesome ideas that work in each section, then it's helpful to look at the larger context of the song, and remember that the different sections should be contrasting.

For example, if the verse is rapid, then the chorus should have less rapid rhythms. When deciding, it's helpful to play not just the section in question, but what comes before and after it, so that the context is clear for decision making. 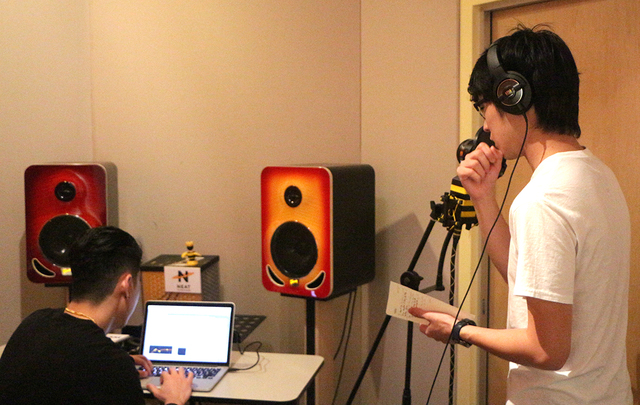 Over the past couple of years, we're seeing a renaissance period where local bands and artists playing original music are rising steadily in the public eye. What are your thoughts on where we're at, and where we should be heading? Do you think the local music industry is a sustainable one?

I think 2015 has been an absolutely fantastic year for a lot of artists here in Singapore, and my team applauds all of you for your breakthroughs.  You're doing us proud!

I feel that the scene is undeniably healthier than its been in decades.  Radio is putting acts like The Sam Willows and Gentle Bones on as heavy rotation as A-listers like Ariana Grande, and the singles are competitive, no question — which definitely helps raise the public perception of local music as a quality option to pay attention to. There have been a ton of gigs and launches this year from new acts, and of course the SG50 celebrations and funding for projects were a boon for artists both in the live and recorded spaces.

So where do we go from here? The economy is quietening, and funding may not be as generous in 2016 especially with the end of the Jubilee celebrations. I think we'll see a period of consolidation, where acts that took advantage of the conditions in 2015 to really strengthen their brand should continue to do well, while some others unfortunately drop off the map. I don't think this is cause for alarm though — and I do feel that as long as those at the forefront continue to push and achieve on the regional and global stages, this will serve as sufficient inspiration for new talent to come out and follow in their footsteps.

As far as sustainability goes, I think that nothing has changed — we are only as sustainable as our market is — which means we still have to aim to go regional, if not global, to survive. 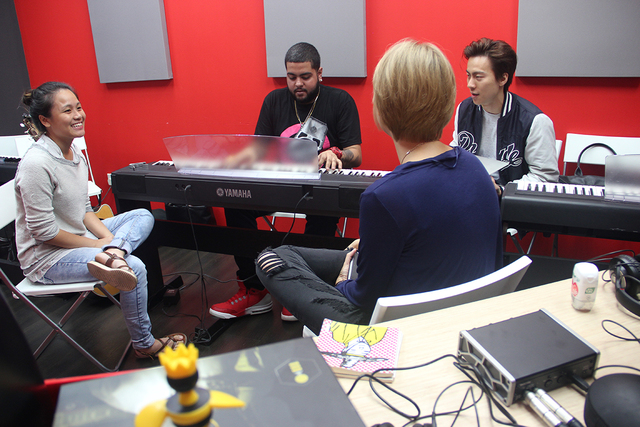 The scene is only as strong as its weakest link, so what are some of the areas in the local music scene right now that we can improve on?

I hate to sound like a broken record, but let's all try to collaborate more with each other, especially on the creative end! It is so crucial especially while we're building our fledgling scene, that we stay united and support each other even in the midst of friendly competition.

I read an article in The Straits Times on the Japanese sake industry that perfectly summed it up: "Here is an important truth: the pursuit of excellence isn't an individual effort, one man working in isolation conquering all others to emerge champion. This would be completely alien here because rice-growing and sake-making are what make the community. It defines who they are. The craftsman isn't just an individual excelling at his work. If it was just this, his craft would not survive the centuries. Instead, it thrives because he belongs to a community and his identity is rewarded with the deep respect others have for his craft."

This sense of community, of a shared destiny, and mutual respect — that's really what the team and I hope to see us building in Singapore's music scene over the coming years. 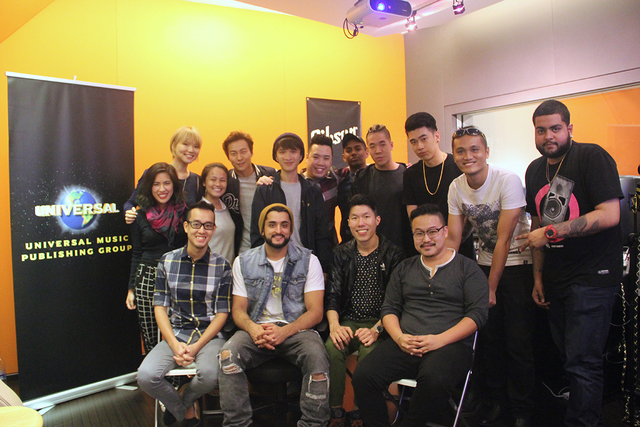 Learn more about Tat Tong and his work at the official site of his music production team, T2 Productions.