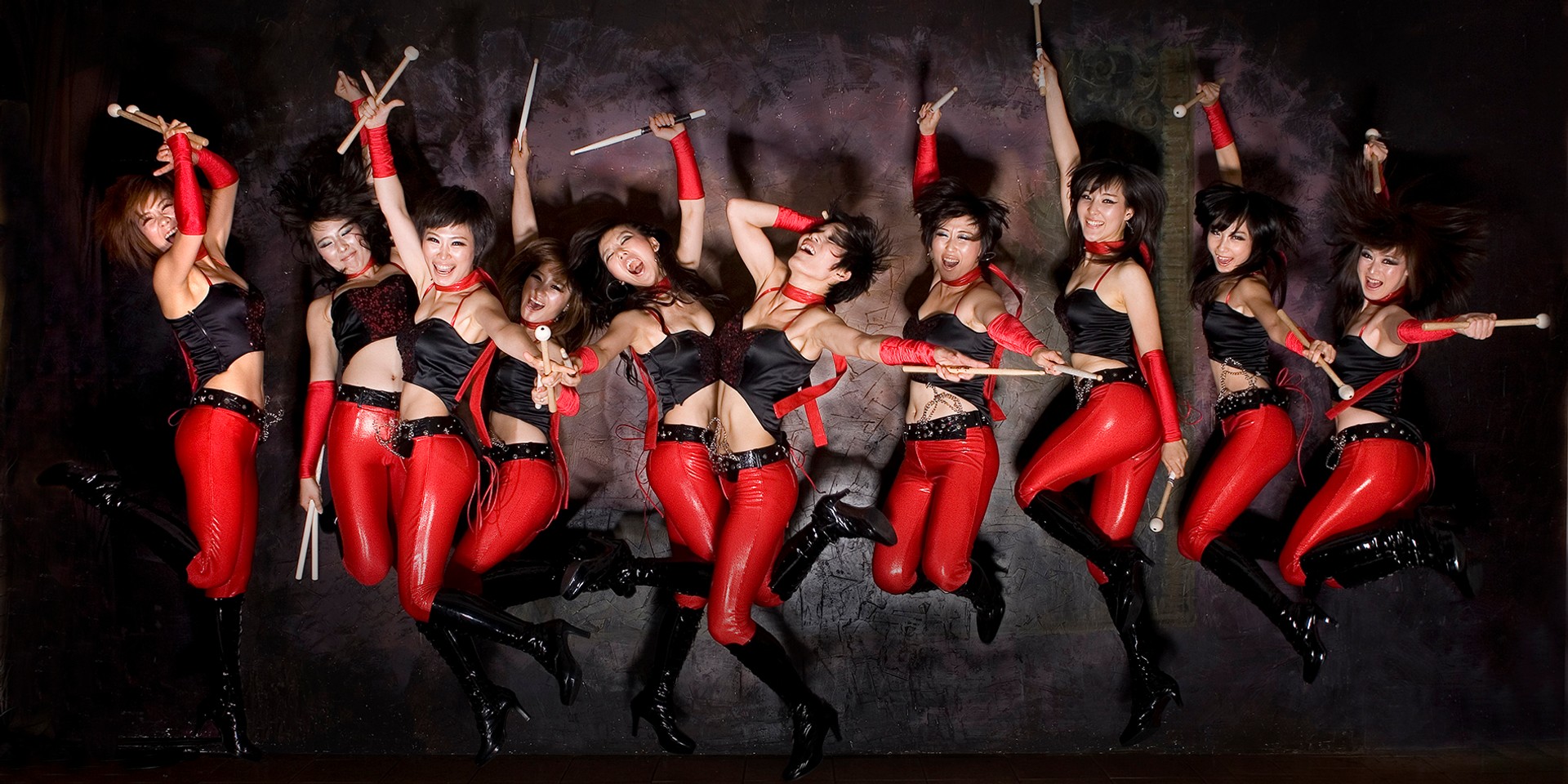 For its tenth edition of yearly night races in Singapore, the Singapore Grand Prix is pulling out all the stops. Having already released the full line-up of entertainers in store for the historic race weekend, here's an extensive guide on the supporting acts for the weekend. Meanwhile, here's our guide for the headlining acts.

We've curated an extensive guide for the supporting acts at this year's race weekend. Get the low down on each act, why you should watch them, a sample of their best work, and when you can watch them.

Get your tickets on Singapore GP's official website here.

Aarika Lee & The Next Movement 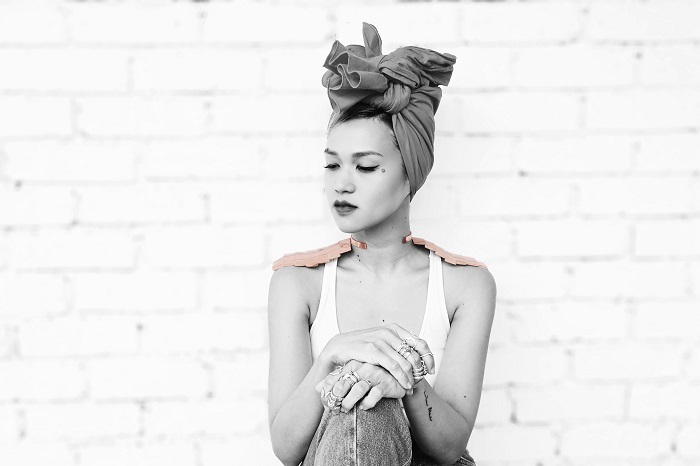 Aarika Lee and The Next Movement will be returning to perform over the Formula 1 Singapore Grand Prix Weekend once again. The trio’s renditions of pop, indie, soul and funk tracks, combined with the Aarika Lee’s hypnotic vocals, Amos Tadate's deft guitar skills and Joseph Saleem's artistry on the drums is guaranteed to get you on your feet every time.

Check out the three-piece's sweet cover of Bruno Mars' 'Just The Way You Are' below. 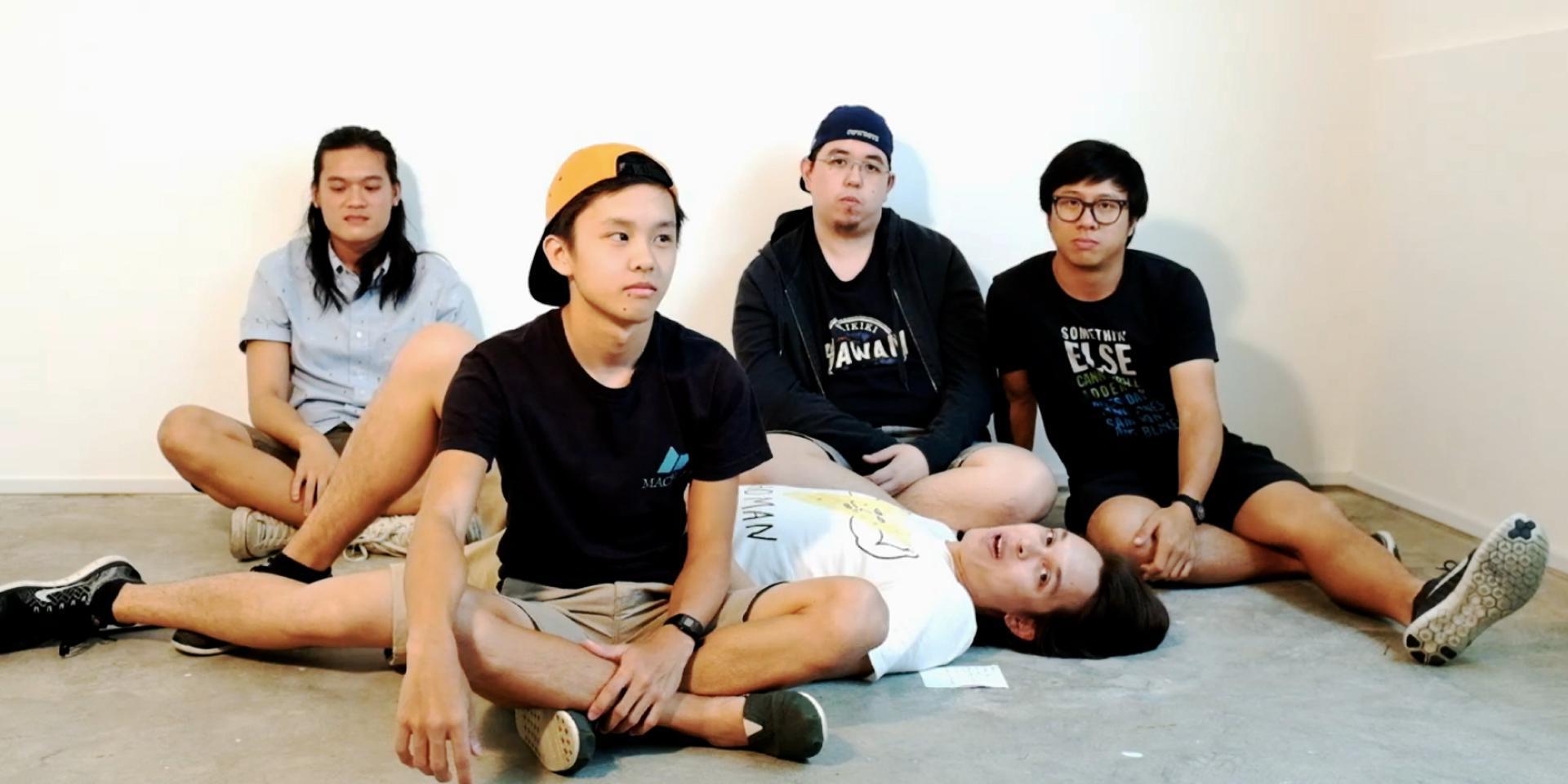 Singaporean indie rock outfit Stopgap will make their Singapore Grand Prix debut this year. The lively quintet has appeared on the line-ups of a multitude of shows and music festivals around the country. Since the release of their debut full-length album Totems in 2015, the band has gone on to tour India and Australia.

Check out Stopgap's video for 'Nervous' below.

Catch Stopgap at the Sunset Stage (Zone 1) on Friday, 15 September and at the Empress Stage (Zone 4) on Saturday, 16 September.

Holy Roller And The Smoking Guns 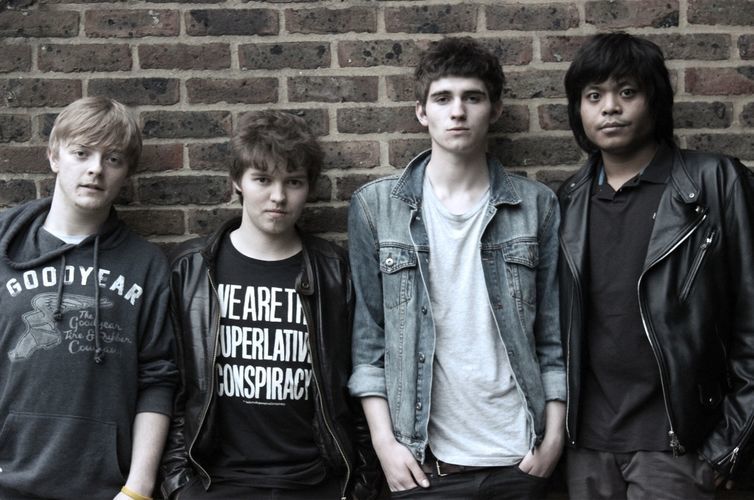 Holy Roller And The Smoking Guns are set to perform for the second time for the Singapore Grand Prix. Taking the stage to perform original tracks such as ‘Dirty Old Man’ and ‘Psychedelic Princess’, the four-piece psychedelic rock band from the UK blend 60’s and 70’s-inspired music with a modern touch. Get ready for one of the most energetic bands to grace the Singapore Grand Prix stage this year.

Watch the band's video for 'Organ Grinder' below.

Holy Roller And The Smoking Guns will be performing on Sunday, 17 September at the Esplanade Outdoor Theatre (Zone 4). 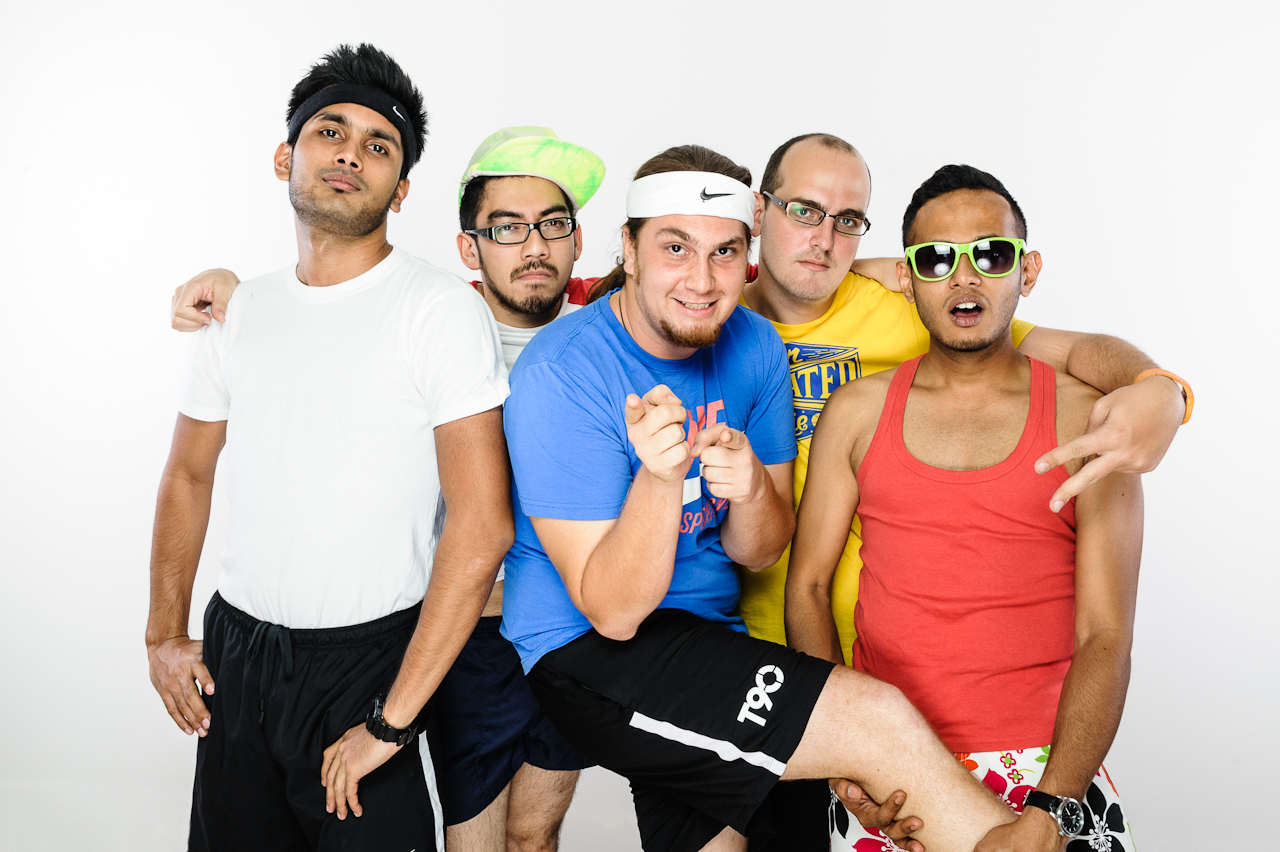 Malaysian rock band Kyoto Protocol’s unapologetically rebellious brand of music quickly established their position in the country's music scene with 2009's Yamaha Asian Beat Central Regional Finals victory, despite forming the band just a year prior. The band’s breakthrough came in 2011, when they gained international attention for opening MGMT’s inaugural show in Kuala Lumpur in 2011. Shortly after, the band released their debut EP An Album and later went on to produce a full album Catch These Men in 2015.

Check out the video for 'Never Know' below.

Cale and the Gravity Well

Alternative rock band Cale and the Gravity Well made their breakthrough playing in the storied clubs of New York, releasing their first album, The Age of Envy, less than a year later. The band’s unique blend of subgenres, such as folk-pop to indie rock and electronica in their music, has made them veterans of popular New York venues such as The Bitter End and The Bowery Electric.

Check out the video for 'So Many Lashes' below.

Catch Cale and the Gravity Well at the Sunset Stage (Zone 1) on Friday, 15 September, and at Esplanade Outdoor Theatre (Zone 4) on Saturday, 16 September. 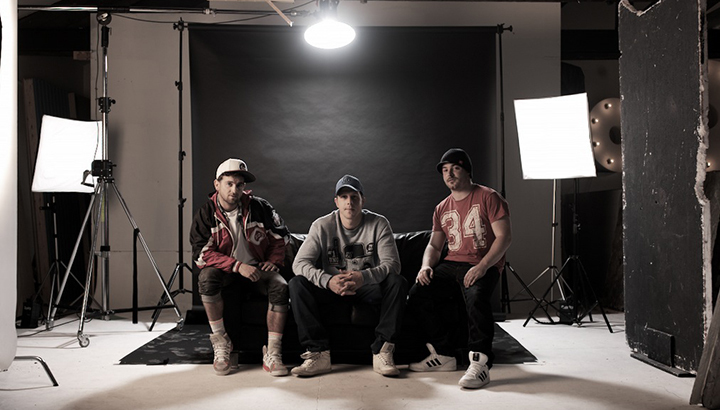 Taking the art of beatboxing to a new dimension, UK-based trio Bloxed Beats has performed at festivals in Europe and the Middle East and will be performing in Singapore for the first time ever this September. The trio’s upbeat and awe-inspiring performances have landed them gigs at major sporting events, most notably at the Wembley Stadium for the 2014 NFL Tailgate Party.

Check out this slick cover of Ed Sheeran/Craig David 'Shape of You' Garage Remix. 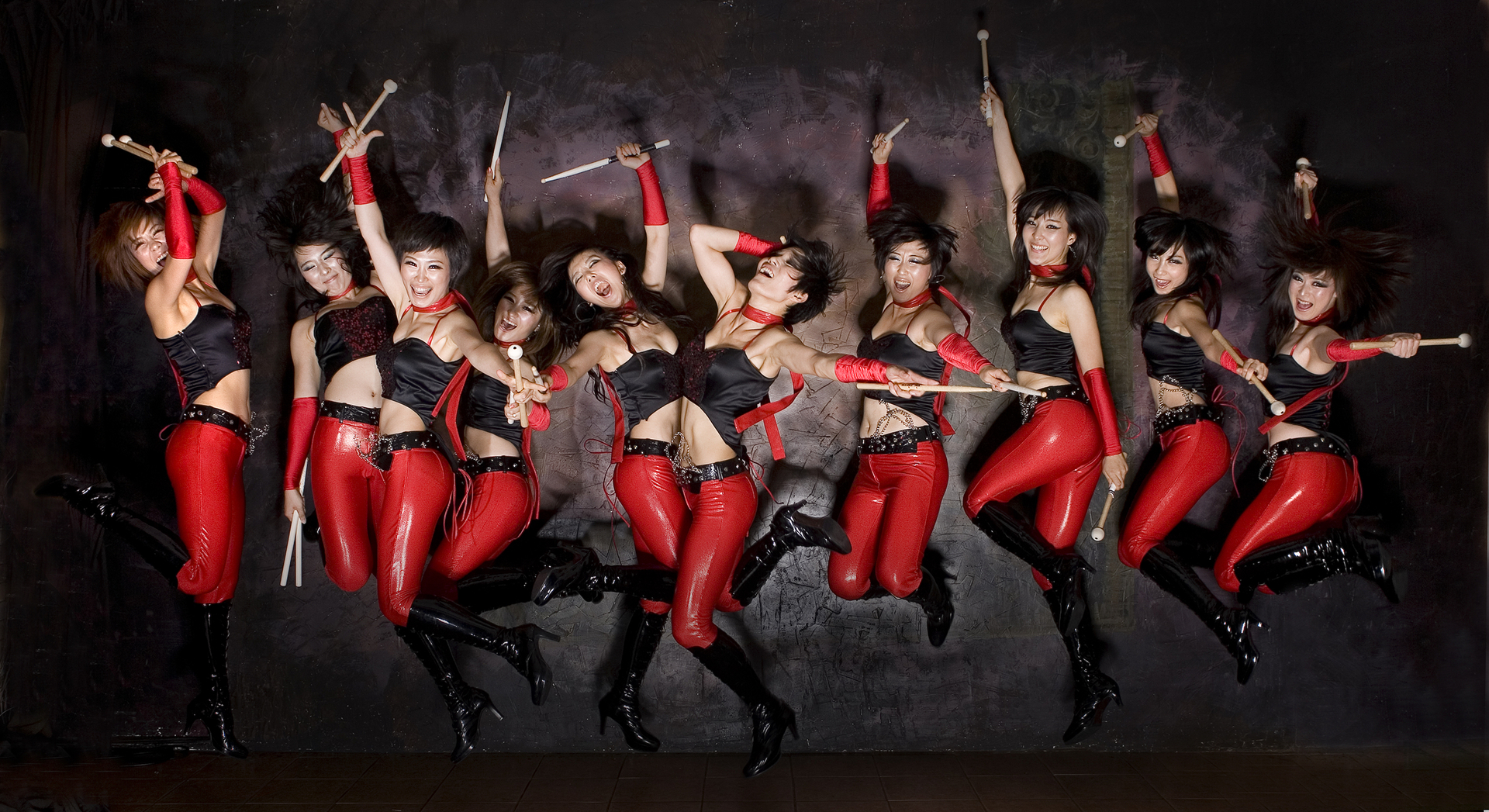 DrumCat is an all-female percussion group known for their exhilarating performance that incorporates high-speed drumming and a unique combination of recorded and live music.

Hailing from South Korea, the award-winning group has received numerous accolades since its inception in 2003, including the coveted Grand Prize in the 2009 Korea Entertainment Awards and both the 2008 Edinburgh Festival Herald Angel and 2008 Scotland Cavalcade Best Unit awards – the first awards won by a Korean team at the Edinburgh Fringe Festival.

Check out this video of the group doing their thing: 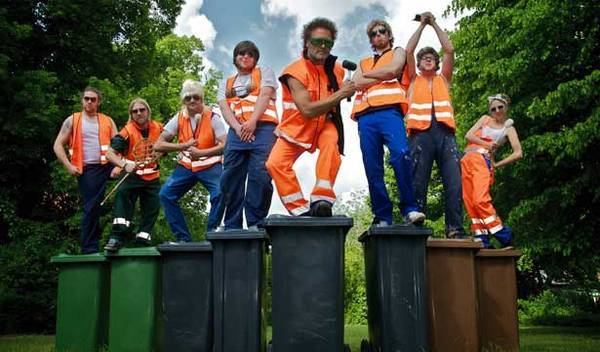 Making their debut Singapore Grand Prix performance, percussion group Groove-Onkels featuring Tante delights audiences with upbeat music made from eight 240 litres trashcans! Coupled with spectacular choreography, the intriguing sight of sticks and loo brushes being tossed in the air as the German group grooves to Latin percussion and rock classics will be sure to captivate race goers at the night racing event of the year.

Check out this video of Groove-Onkels.

Catch them as they roam around the grounds over the race weekend. 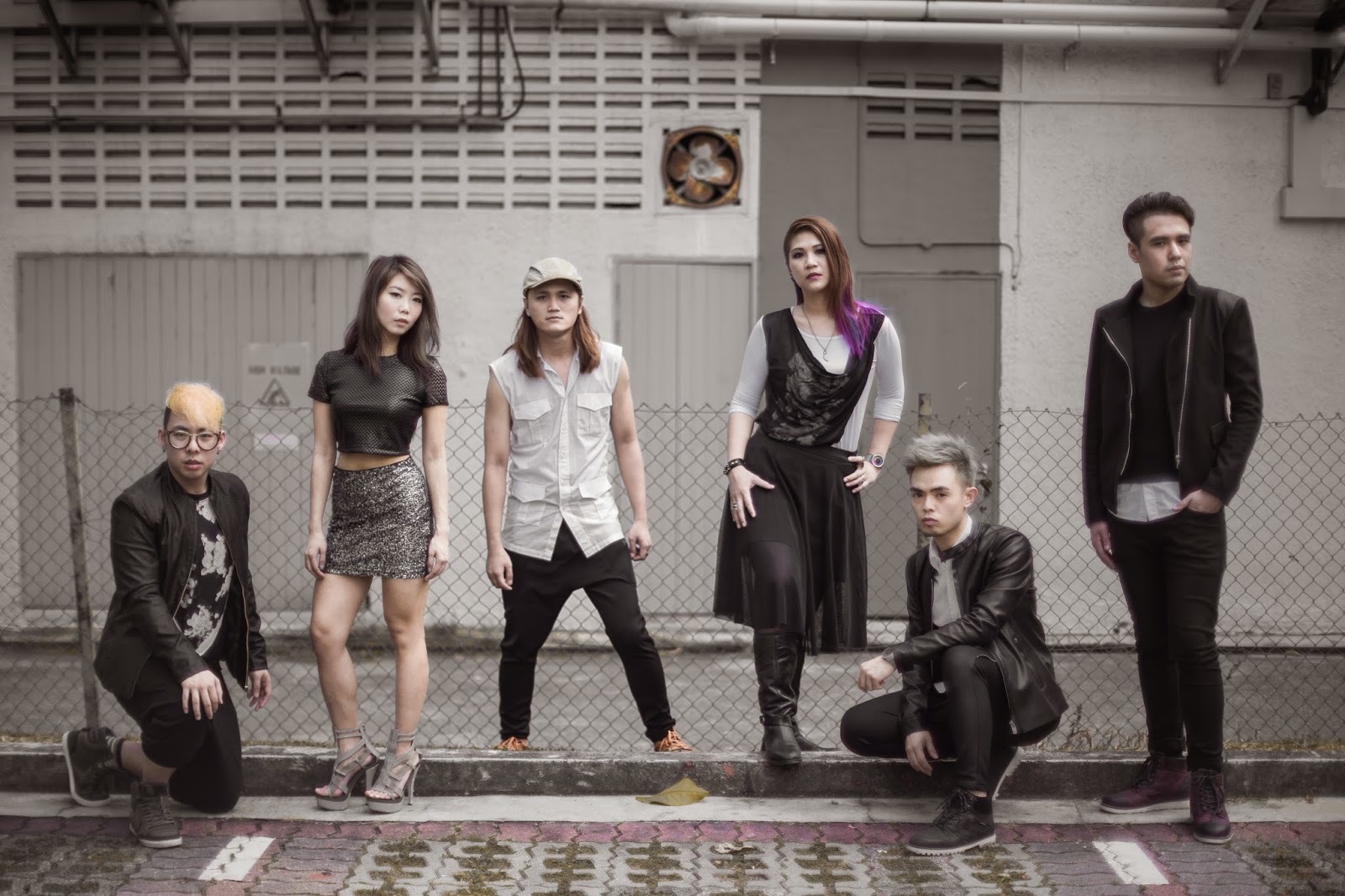 Singapore-based MICappella is one of Asia’s leading vocal bands. The six-member group has toured around the world performing covers of popular English and Mandarin pop songs and music from their album, MICappella Reloaded.

MICappella Reloaded scored Best Asian Album at the 2017 Contemporary A Cappella Recording awards, and their single “One Of These Days” reached #1 on the iTunes mandopop charts on the first day of release. The band was also recently crowned champions at the inaugural Moscow Spring A Capella Festival 2017.

Check out their video for 'One Of These Days'. 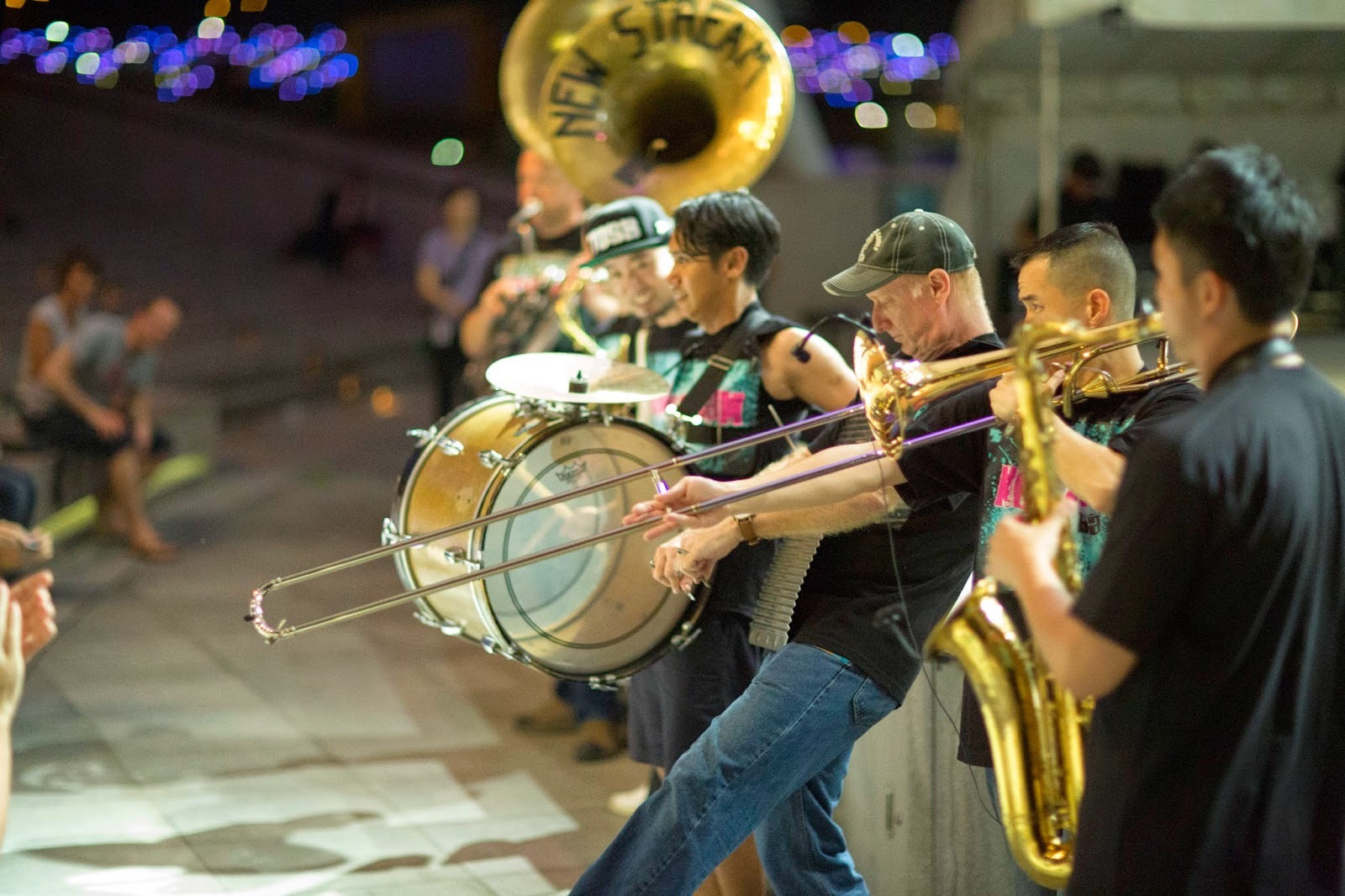 Check out some of their highlights below.

Catch New Stream Brass Band as they roam around the circuit grounds over the weekend. 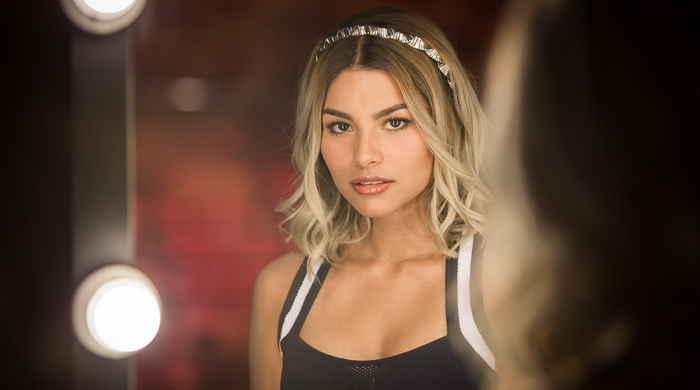 Tabitha Nauser is a Singaporean R&B/pop singer whose career began when she participated in the 2009 season of Singapore Idol. Throughout the years, she has participated in official theme songs for major events including the inaugural Youth Olympic Games and the SEA Games in 2015.

In 2016, she performed at Shine Festival, debuting her single 'Bulletproof', which reached #1 on Spotify’s SG Viral Chart in just one week of its official release in February 2017.

Check out the video for her hit, 'Bulletproof', below.

Tabitha Nauser will be performing at the Esplanade Outdoor Theatre (Zone 4) on Saturday, 16 September. 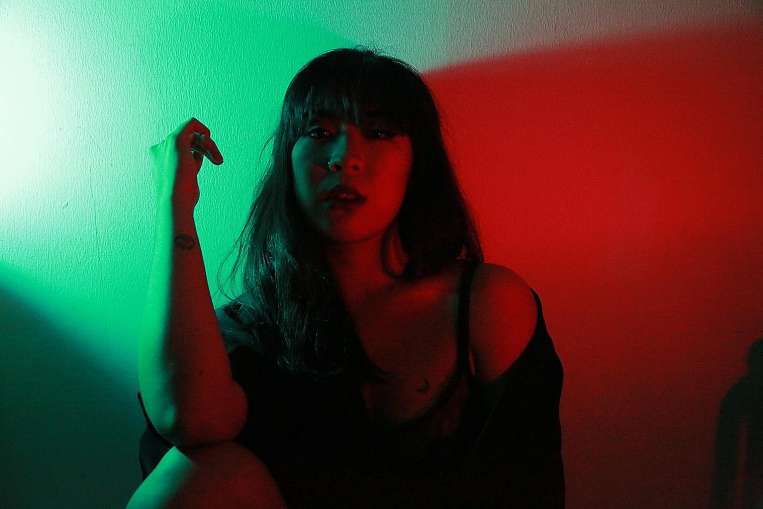 With her unapologetically honest music, delivered by an otherworldly vocal tone, 21-year-old Sam Rui boasts singles that average 300,000+ streams each and have been featured across US, UK, Canada, Philippines, and Indonesia. The breakout artist has since performed alongside Asia’s hottest musicians including Jay Park, Nick Murphy, Glass Animals, Gentle Bones, and The Sam Willows. This will be her debut Formula 1 Singapore Grand Prix performance.

Watch the video for her track, 'Better', below.

Look out for Sam Rui's performance at the Paddock Club Lifestyle Area on Friday, 15 September. Ticket holders can also catch Sam Rui on Saturday, 16 September at Empress Stage (Zone 4) and on Sunday, 17 September at the Sunset Stage (Zone 1). 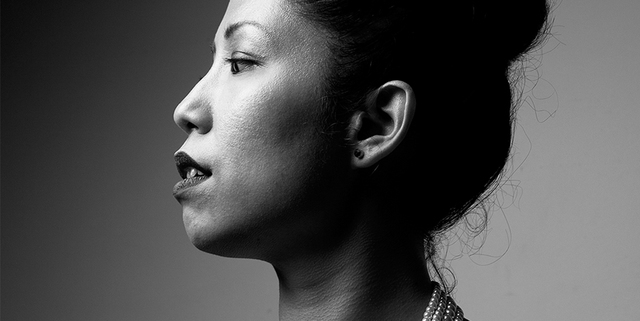 Vandetta’s foray into the world of music and entertainment began when she fronted one of Singapore’s most successful bands, Urban Xchange, releasing several albums and receiving a nomination at the 2002 MTV Asia Music Awards.

She became a household name after her stint as a DJ at Singapore’s #1 youth station, 987FM, later leaving to embark on her debut solo effort. Her first single 'Fly' off her EP of the same name, received positive reviews from influential media such as Pitchfork, MTV Iggy and the LA Weekly.

Check out the video for 'Fly' below.

Catch Vandetta performing live at the Esplanade Outdoor Theatre on Friday, 15 September, and at the Paddock Club Lifestyle Area on Saturday, 16 September. 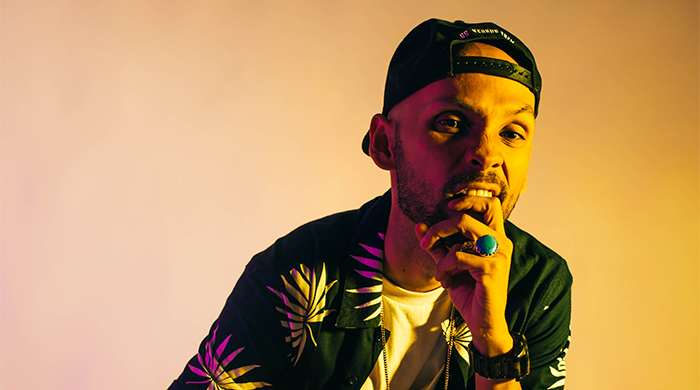 Rapper, producer and songwriter, THELIONCITYBOY is fresh off his latest album Paradise after topping the iTunes charts and hitting the Spotify Viral 50 Singapore charts. The Singaporean musician taps on his local roots in his chart-topping music such as the radio favourite 'YAYA', electrifying crowds the world over including New York, Australia and most recently regionally in Taiwan supporting Dizzy Dizzo.

Check the video for his latest hit, 'Start Already', below.

Singaporean hip-hop artist ShiGGa Shay is a rapper, music producer and film-maker whose music taps on the rich history and humour behind Singaporean vernacular, making him one of the country’s most well-known music artists.

Check out the video for 'In My Hand' below. 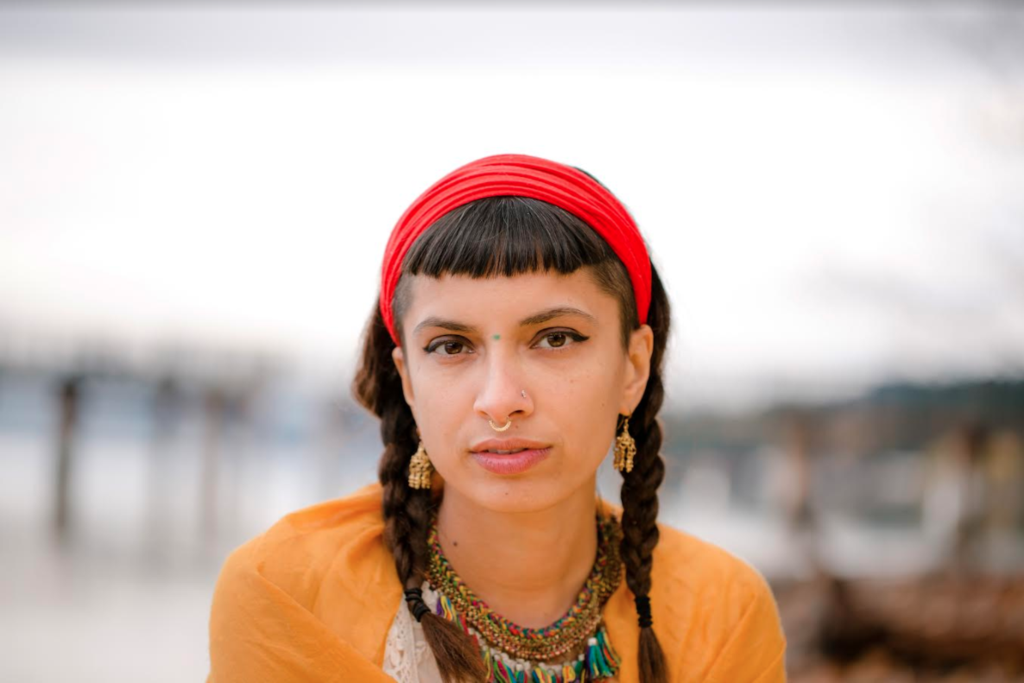 An ancestral journey to her father’s homeland in 2015 inspired her third award winning album, Human; a lyrically timely record blending Indian and East African sounds with a contemporary aesthetic. The first single from this newest release, 'No More Violence', is currently charting in the top 3 of the CBC Top 20 Countdown.

Check out for the video for 'Changing The World' below.

Catch Alysha Brilla's performance on Friday, 15 September in the Paddock Club Lifestyle Area, Saturday, 16 September at the Empress Stage (Zone 4), and at the Sunset Stage (Zone 1) on Sunday, 17 September. 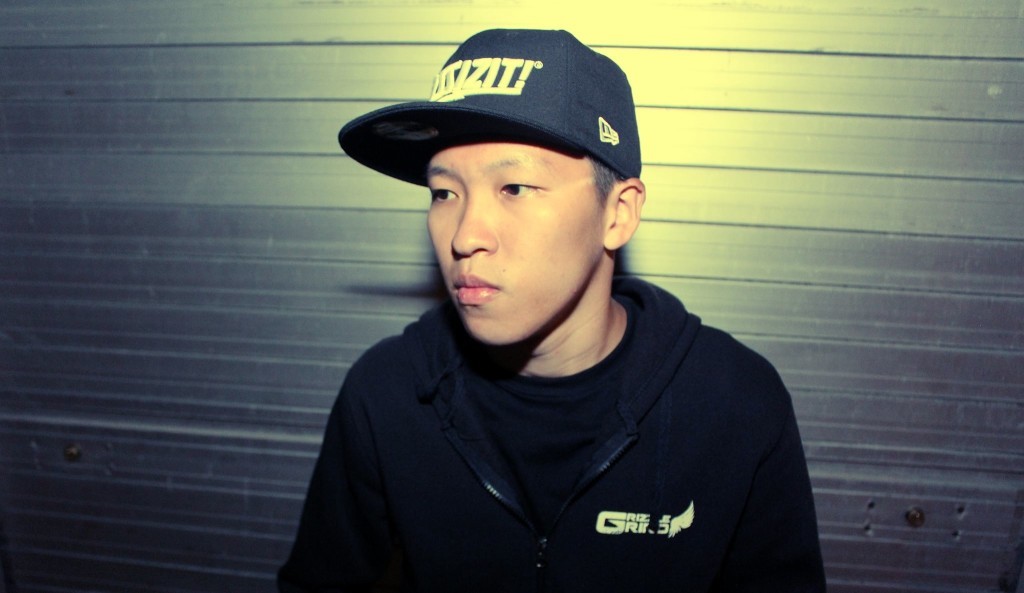 As the pioneer clubbing institution in Singapore, Zouk is home to the world’s freshest dance music and some of Asia’s most renowned DJs. The award-winning club was also crowned the top club in Asia in the DJ Mag Top 100 list. Resident DJs Ghetto, LeNerd and Andrew Tang will helm the decks at the Marina Bay Street Circuit.

Check out one of LeNerd's mixes below.

Don’t miss the club’s resident DJs as they take the stage throughout the race weekend at Downtown (Zone 4).

This feature is presented by Singapore GP.