It’s been 10 years since the stretch from Dhoby Ghaut to City Hall was first lit up with music and art performances in the month of August.

Kickstarting on August 18th, the bulk of the performances lined-up will take place on the evenings of August 24th to 26th.

As part of this 10th year anniversary, SNF 2017 includes 10 local artists and collectives who are returning from past editions.

“This milestone year is really a celebration of this tight-knit community of people and partners who have grown together with the festival, and contributed to its magic and success,” said Festival Director Ms Angelita Teo.

Creative Director Ms Christie Chua adds on, “We are ecstatic to have them back with us as they not only represent the diversity of Singapore’s arts scene, but are also reflective of the journey that the Festival has taken.”

While the full line-up of acts and venues will be released closer to the date, find out more about SNF by visiting their website here. 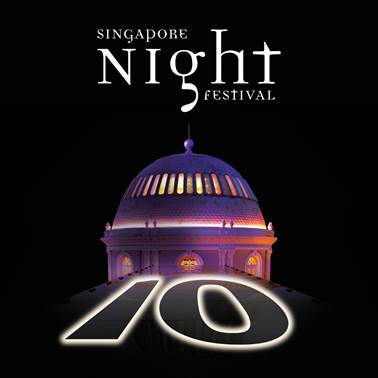