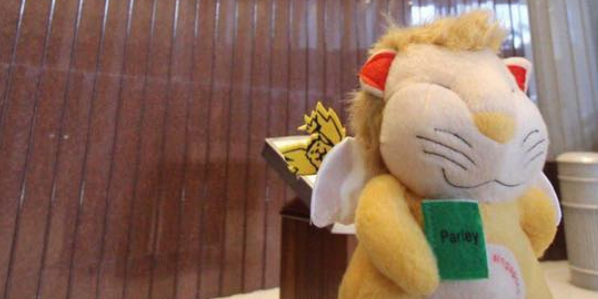 We all know Singapore's a country of campaigns and mascots, but I bet most of us didn't expect this: the Parliament of Singapore, of all institutions, has introduced a mascot – who would like you to know that he's a fan of Camila Cabello and Sam Smith.

Parley is a male winged lion who was 'invited' by Speaker Tan Chuan Jin to become an administrator of the official Parliament Instagram page. In his official social media introduction, he reels off his favourite books (which include mainstream thrillers and more obscure tomes about parliamentary history), and includes a short list of his favourite songs: 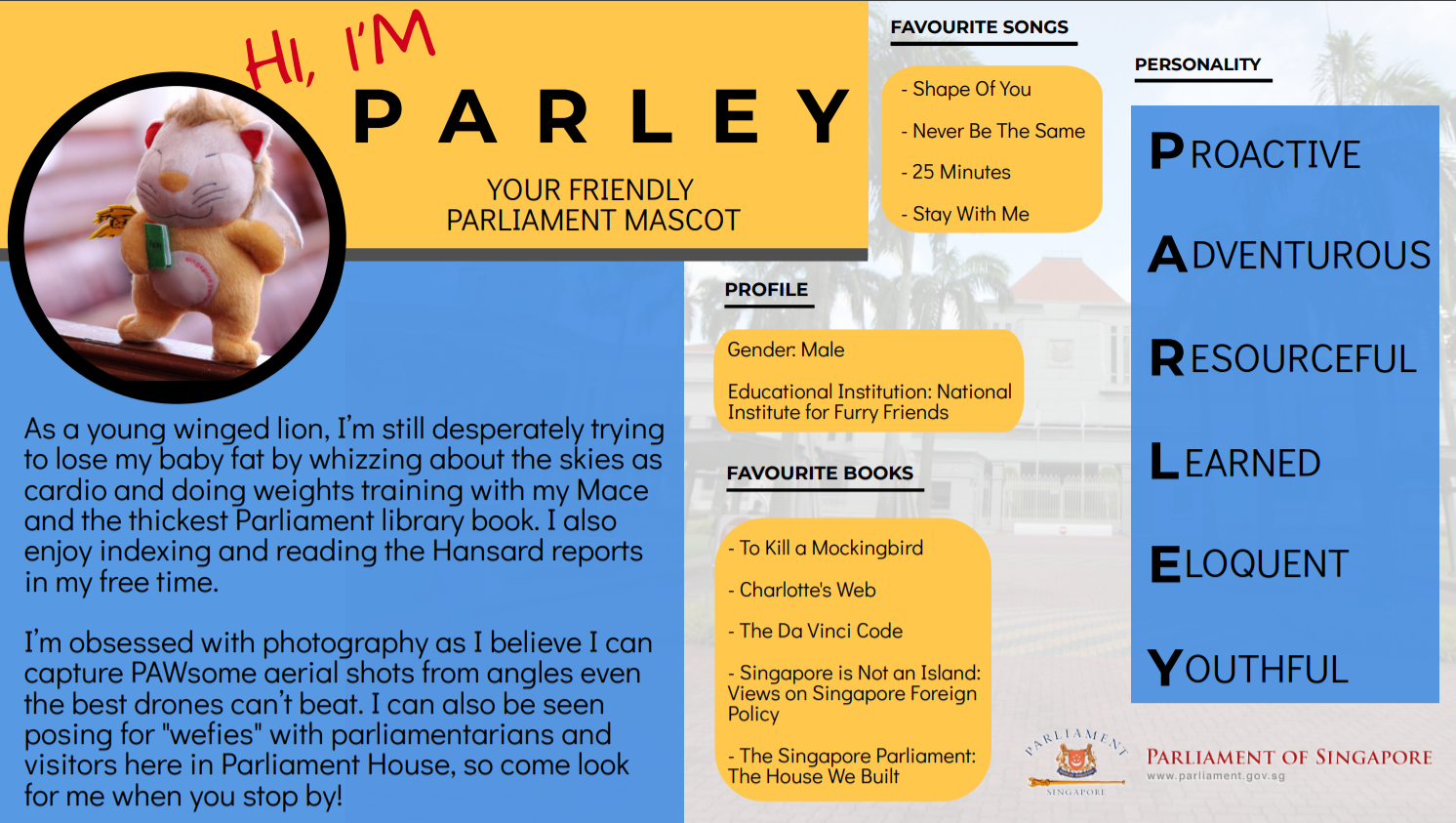 There's not much to go off here, but it's obvious Parley is a pop music lover, boasting a musical diet that's mostly current (probably the marketing team's signal that they'd like to connect with millennials). I'm a shade impressed that Parley didn't pick the obvious Camila cut ('Havana', duh), and a little miffed by the inclusion of the Michael Learns to Rock track – maybe this is Parley implying parliamentary sessions could afford to be a little shorter. Who knows. At any rate, whether Parley will help the Parliament connect with the Singaporean people is an open question.