Music. That's the only thing Phillip Elisha loves right now. Not just the bands, or the exhilarating experience of attending and rocking out at a gig, or even earning the chance to share a chat with his favourite artists after the show. To Phillip Elisha - who is in his late twenties - music is simply his life.

Everyone knows Phillip Elisha. Or have seen him at a gig at least. He is always the one in front, leading the charge, jumping up and down, dancing to the music, cheering for the band whether international or local. While this is not the norm in the self-conscious music-going crowd in Singapore, Phillip Elisha represents a pure passion that exists in Singapore music. Local musicians love him. At Baybeats this year, local bands Giants Must Fall and Attention! The New Portsdown gave him a personal shoutout for his support. In summary, we're glad to have Phillip around at every show.

"Music just makes me feel alive. When I go to gigs, I feel something, maybe the need to jump around or dance and I do it, even if no one is. I just do what I feel the music wants me to do," he says. To better understand why he clings on to the power of music, he explained of the hardship he had faced in his life. When his father walked out on the family when he was 12, and the passing of his mother when he was 14, Phillip was left orphaned and without a home. 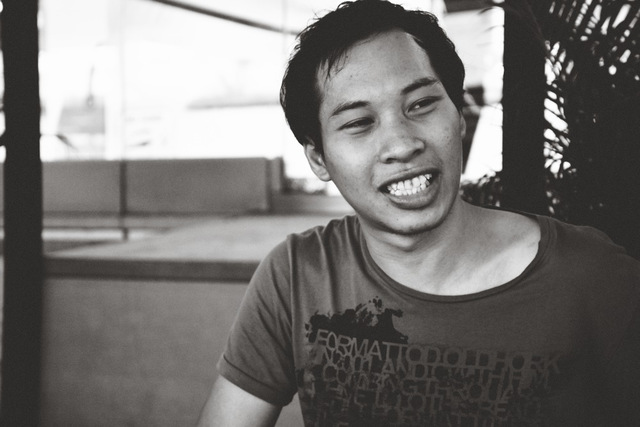 His youth was a whirlwind of constantly moving from place to place, working to provide for himself and to cover rent, and at the same time checking out what the live music landscape had to offer in Singapore. "In this period, I started to discover music properly. I was at Gelare one time, they started playing music which really made me interested, and that I've never heard before besides the usual stuff you hear when you're growing up like Michael Jackson and things like that," he says wistfully.

And it was because of this ice-cream parlour that he got introduced to underground music and bands such as The Juliana Theory, Straylight Run, Anberlin, Coheed and Cambria, Underoath and other stuff that piqued his interest. He went to explore different genres and took to emo, pop-punk, post-hardcore as his favourites - among many others. He began to see in music a kind of hope that kept him going and began to start his extensive music collection. "I had over 2000 CDs, a lot of band t-shirts, set lists from gigs, I even kept all my ticket stubs, passes, and posters from the gigs I went to. This connection I had with music made me feel like I had something to look forward to in my days," Phillip reminisced. 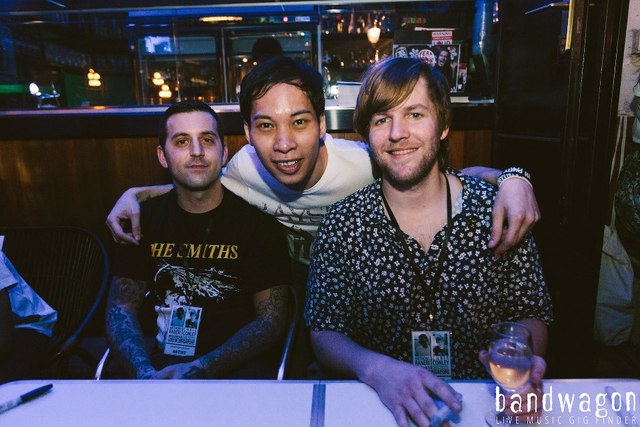 "My very first gig was a grindcore gig in an industrial area. I can't remember the band and it was my first exposure to grindcore music so I found it weird that the songs were so short," he laughs. Phillip has also been a long supporter of local music and recalls the first proper gig he went to at The Arts House back in 2006. It was also the moment he was introduced to bands such as A Vacant Affair, Paris in The Making, Sky In Euphoria. He says of the gig, "I remember AVA were having problems with their microphone but once they started performing, I was blown away from how the vocalist sounds like the one from Thursday. And ever since, I've been an AVA fan."

Throughout this period of musical renaissance, Phillip had the issue of housing to handle as well. He lodged temporarily in a tiny and cramped roach-infested unit with no light before moving on to a halfway house which he ran away from, and then a church. Still he remained optimistic - as long as he had his CDs and music paraphernalia, he was as good as the next person. But there has been only one band that made the biggest impression oh him so far, and this was Anberlin. 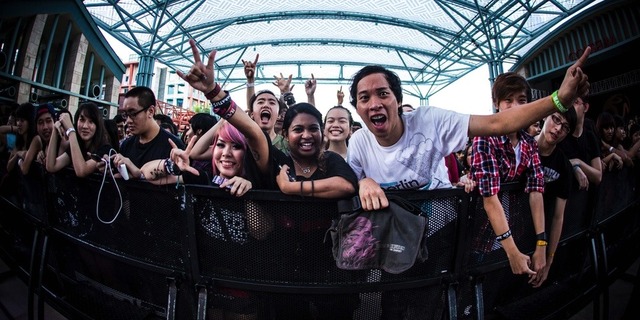 "My top 4 favourite bands are The Juliana Theory, Thrice, Anberlin, and Underoath. But it's Anberlin that holds a special place in my heart. I prayed so hard for Anberlin to come and suddenly I found out that they were scheduled to play on my birthday!" he explains to us. "I got to meet the band at a secret show and they were very nice people. It was harder to talk to them when they came back in 2009 because by then they had become so huge. The third time they came, that was most meaningful show that I have ever been to."

Phillip, being a huge fan, had worked hard to purchase VIP passes which he assumed provided the best view in the venue, but the organisers decided to throw in something special and Phillip was also entitled to a meet-and-greet with the band. During this mixer, Phillip found himself having a one-on-one chat with the frontman of Anberlin, Stephen Christian and also shared his story. "For the first time in my life, a band went all the way to call me a friend. As much as I was touched by that, I felt glad to have Anberlin listen to my story," he says, giving reason to why he's so excited about their upcoming final show in September. "I already bought my ticket!" 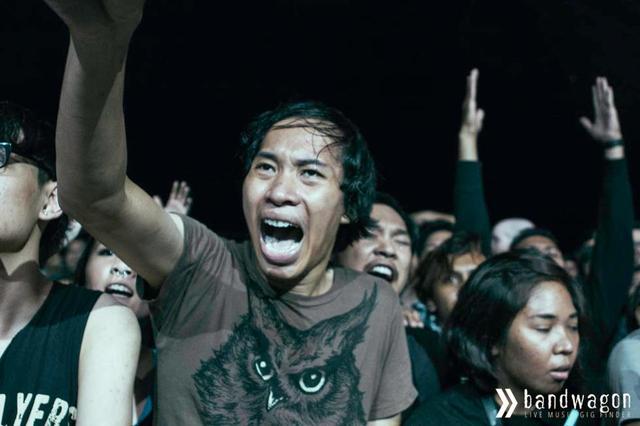 His life back on track, and with music as his aid, Phillip faced yet another huge obstacle last June, on his birthday, when he was to make an onerous decision - choose between music or religion. According to Phillip, the church that he had been housing in was an orthodox one which did not even believe in the use of medicine, and music that was un-Christian, secular, and deemed 'satanic' was in the unacceptable territory. Gone was to be of all his music equipage - from the thousands of CDs he had amassed through the years to all the notes and letters from the bands that had gave him encouragement and strength to keep at it, they were all discarded and torn up in front of him. He opened up about the day, "I had no choice, I was desperate and I need a place to stay. They even sat me down to tell me about satanic symbolism in the music I listened to. It was more than just the music stuff, I was told to stop being involved in the music scene."

Soon after the incident, Phillip decided to leave the church. With all his personal belongings majorly reduced, he felt that that incident was also a wake-up call for him. Packing all that he had left in a luggage, he now temporarily houses at a friend's place. "The 100 Bands Festival was actually a turning point for me, that was the day I had packed up my things and got out," Phillip shares. It was a good start to a new beginning, here he was back again to soothing sounds of his favourite bands, of familiar faces, of a place he could feel at ease again. Upon seeing him lugging his suitcase around, the 100 Bands organisers rushed to help him stow away his baggage which freed him up to enjoy the festival. 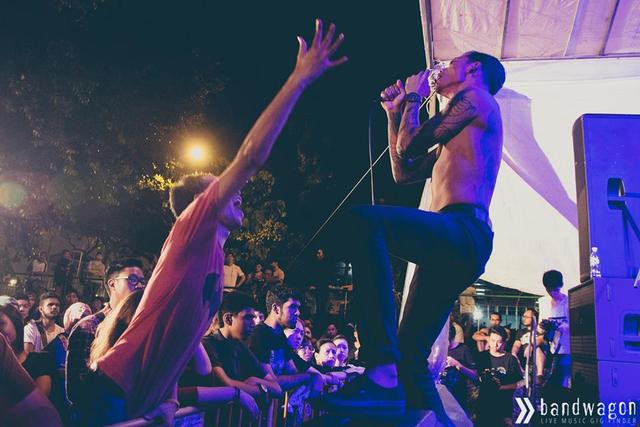 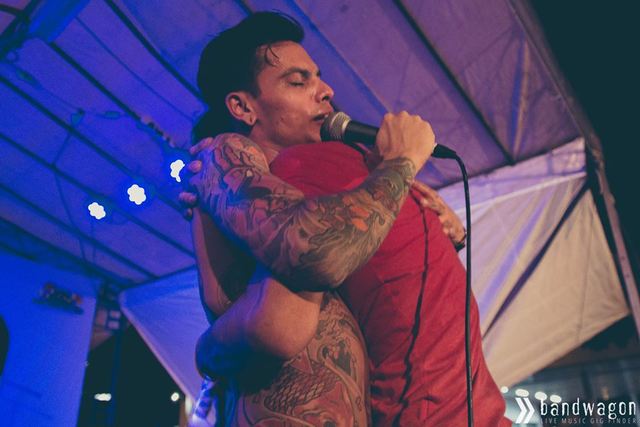 Now at a new point in his life, he is current holding a position at Cold Storage. Despite his predicaments, his optimism never waivers. Phillip says calmly, "Right now, I guess I'll work on building my music collection again. I know that it's near impossible to get back exactly what I have lost, especially materials by the older bands, some defunct even, but I feel hopeful about new music nowadays. I really don't mind the wave of bands coming out now. There's also higher interest and significance put on music now in Singapore, people are spending more time on it. And so are the bands! I think social media has helped put their music further out there. The future of local music is definitely in good hands."

I saw some truth, reflecting on Phillip Elisha's words. As much as music is a form of enjoyment, it is a constant struggle - a lot of work is put into it, and then there is progress. That's where Phillip's story fits in, heck, ours even. Optimism and positive thinking may be scarce in these harsh times but where there is struggle, there is progress - for Phillip, and for local music. 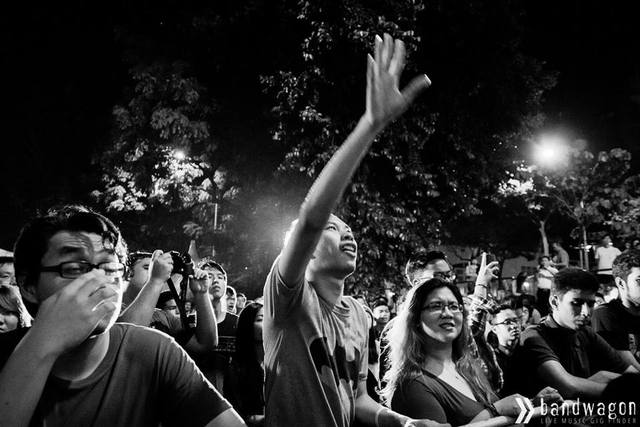