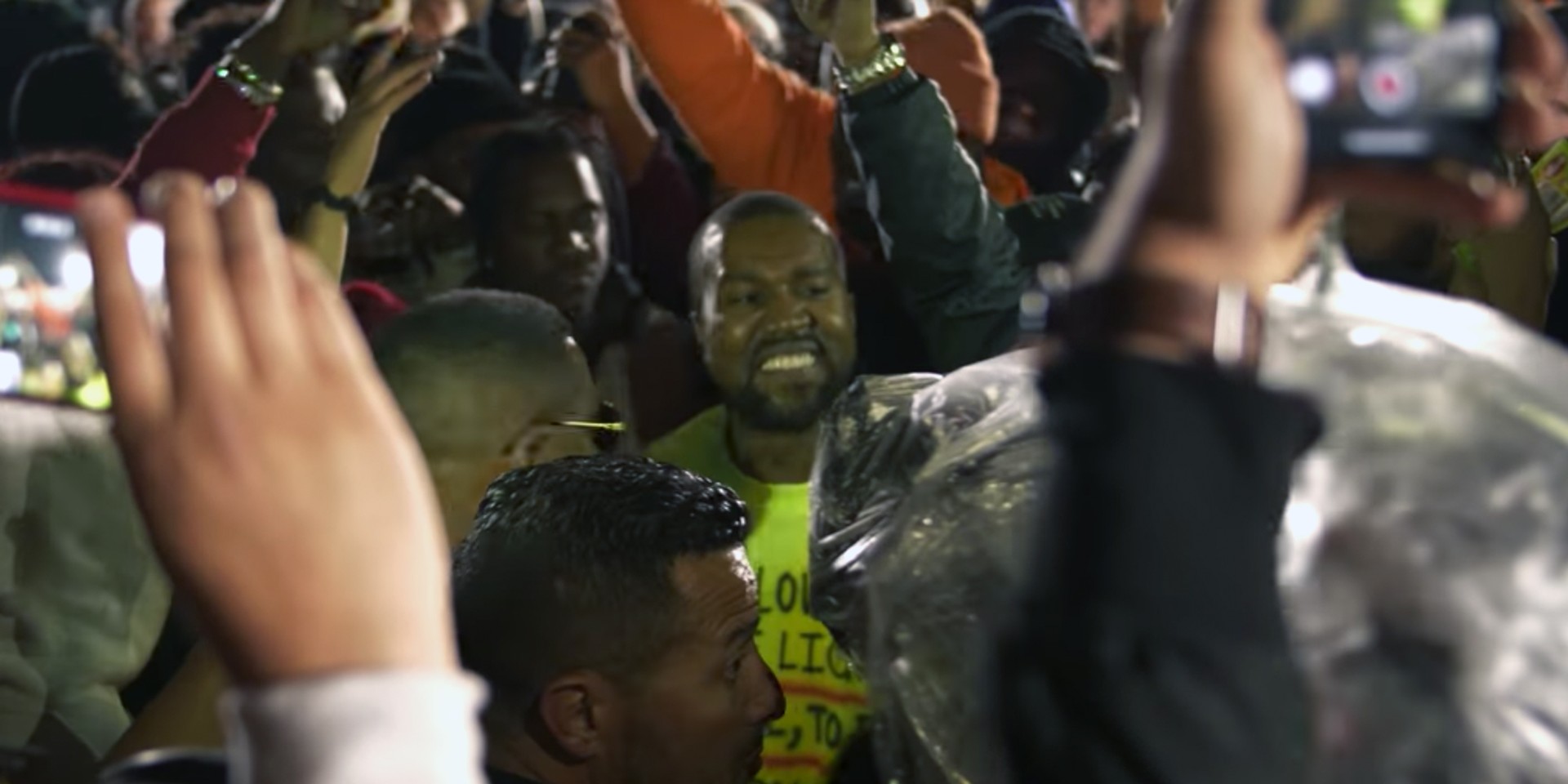 Ten days ago, Kanye West dropped ye, his first album in two years and also what's turning out to be one of the most polarising Kanye releases yet.

ye came with significant baggage, dropping after Kanye's declaration of support of Donald Trump and inflammatory comments such as "Slavery was a choice", which have caused many within Kanye's fanbase to reconsider their love of and allegiance to the rapper.

At the same time, fans have praised the album's frankness in addressing Kanye's mental health issues and – on a musical level – its production, the samples used and also the features from artists such as Ty Dolla $ign, Jeremih and newcomer 070 Shake.

We were curious as to what Singapore's own hip-hop community thinks of the album, so we polled a couple of folks for their thoughts. As it turns out, most of the people we talked to loved the album. Check out their thoughts below! 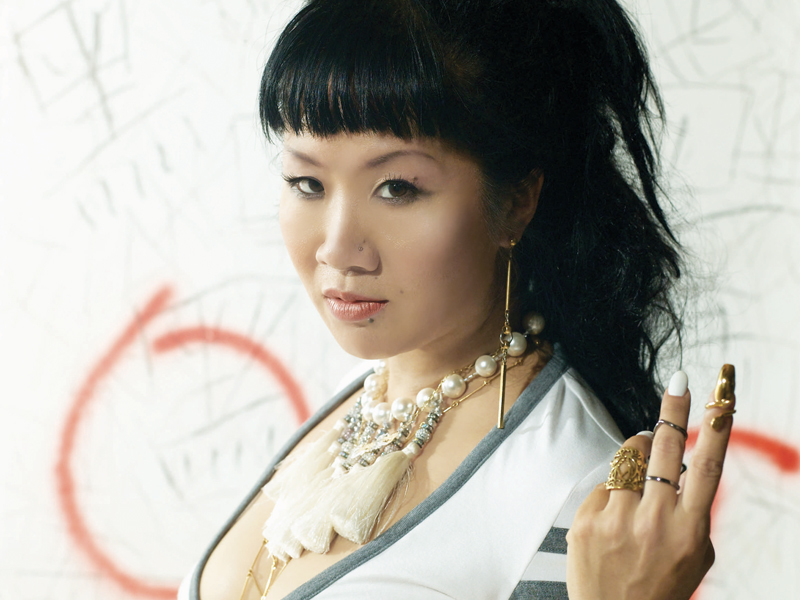 ye has been on repeat on my playlist since it dropped. He made himself so raw and vulnerable, in the lyrics and the sound – which is something many artists today don’t do hiding behind personas and crews. He addressed human situations that people can relate to. He didn’t follow trends, he was still signature Kanye, pushed boundaries and kept you on his journey.

To be honest, I checked out a little bit after My Beautiful Dark Twisted Fantasy and I was a little skeptical when everyone jumped on the Pablo merch bandwagon… but this record is making me go back and listen to everything I missed. 'Good Morning' off Graduation will still be one of my favourite beats ever made – it’s the type of song that can change your mood in an instant. 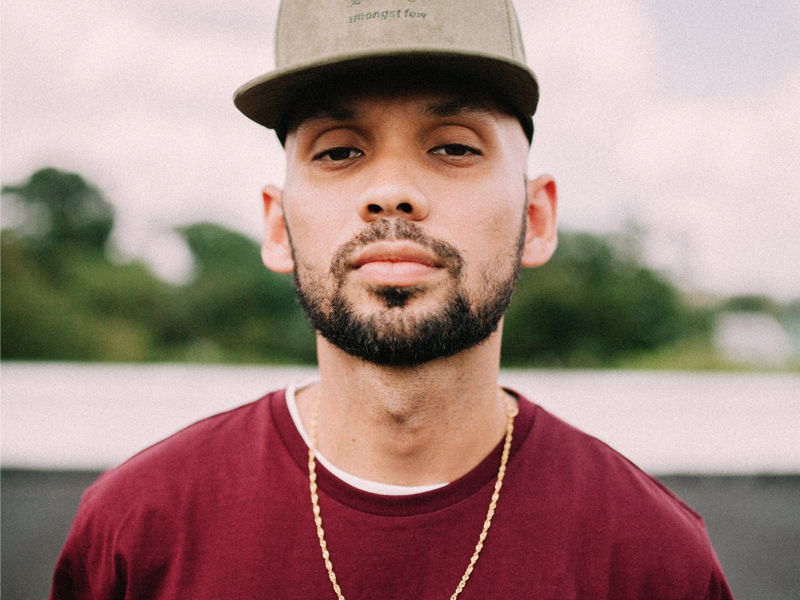 ye is an album for the fans. Each track feels like a piece of every album he’s released. I imagine 'Ghost Town' could be part of Graduation or maybe Late Registration and a song like 'All Mine' could be part of Pablo. I really didn’t get the promo leading up to this release but only Kanye can re-do and reimagine an album in such a short time so that it’ll still be culturally relevant. The features definitely held their own – that Jeremih collab was my fav! Especially if you missed the old Kanye, this one is a must listen. 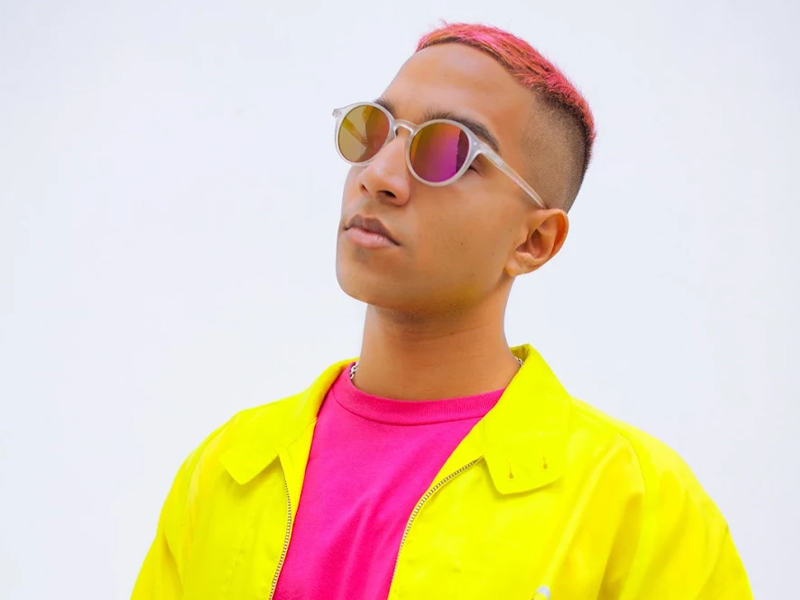 I’ve been a fan of Kanye since his Graduation days... I was about 14 then. My favourite album is My Beautiful Dark Twisted Fantasy.

ye is a classic: 7 songs of Kanye rawness I didn’t expect. There’s so much greatness in that album – Kanye’s vulnerable, brittle side shining light on his demons, that’s just something that is so real to me. It’s beautiful! 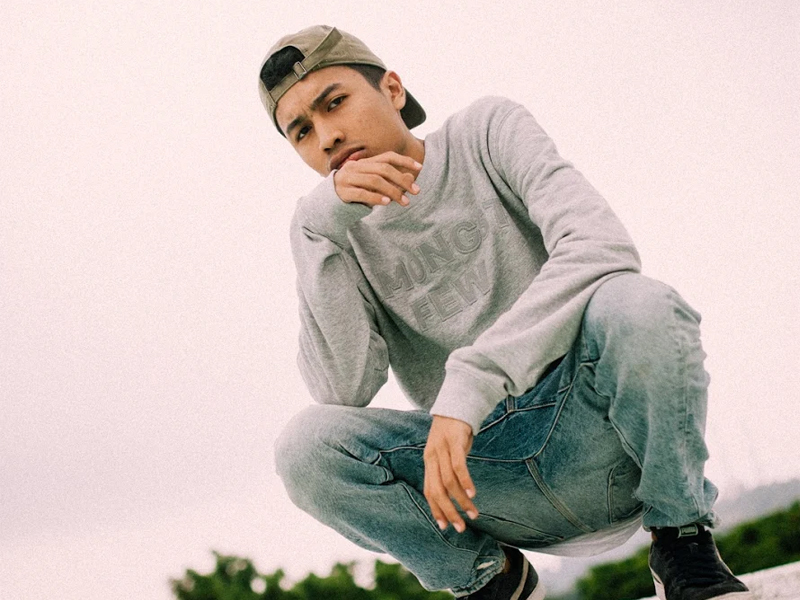 Been a fan of his music ever since I was 15. Graduation is my favourite: I first heard 'Good Morning' when I entered a vinyl shop and went to look for the album online. Front to back, best Kanye album to this day.

I think ye was a nicely packaged, compact album. Personal favorite song is of course 'Ghost Town'. Jeremih killed it too on 'All Mine'! 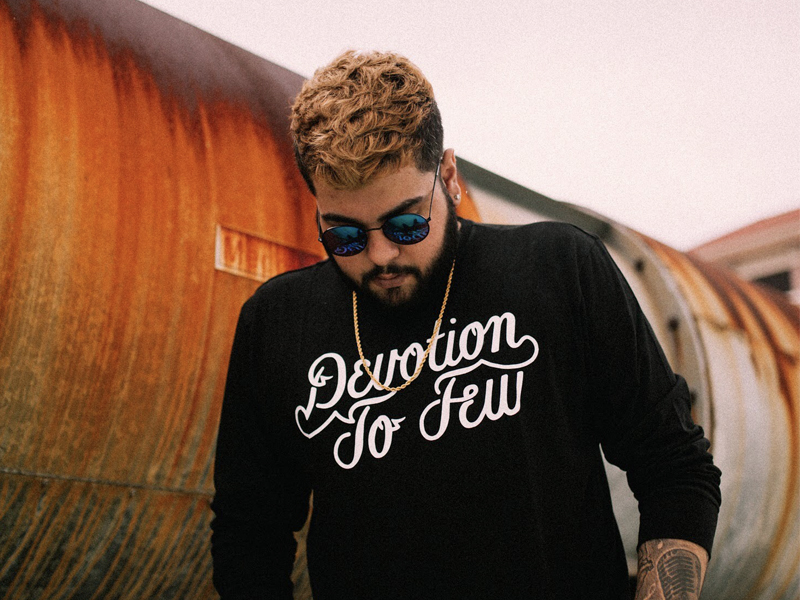 I've been a personal fan of Kanye since his album Late Registration dropped. Some of the iconic records like 'Touch the Sky', 'Gold Digger' and 'Diamonds' are timeless pieces to me. From the production to the sampling and track listing, I felt he was going to be one of the artist/producers to shine and stay in the industry for a long time, and I’m happy he is still going hard at it. My favourite album has to be My Beautiful Dark Twisted Fantasy. The album is a pure work of art and the way it was done can never be replicated by any artist ever. Production was so tight with amazing visuals and perfect list of features, definitely my favourite!!

With Kanye you’ll get a lot of drama once in awhile: as you know all creative people are crazy in a way, haha! Personally I think in recent years this is definitely refreshing for any Kanye fan or any hip-hop music producer/engineer. I love the production work and the engineering on ye, the sound and sample selection is insane. Also I love how he speaks his mind out loud, facing his medical condition and coming strong out of it. It's definitely a gift to any Kanye west fan to hear this new album. 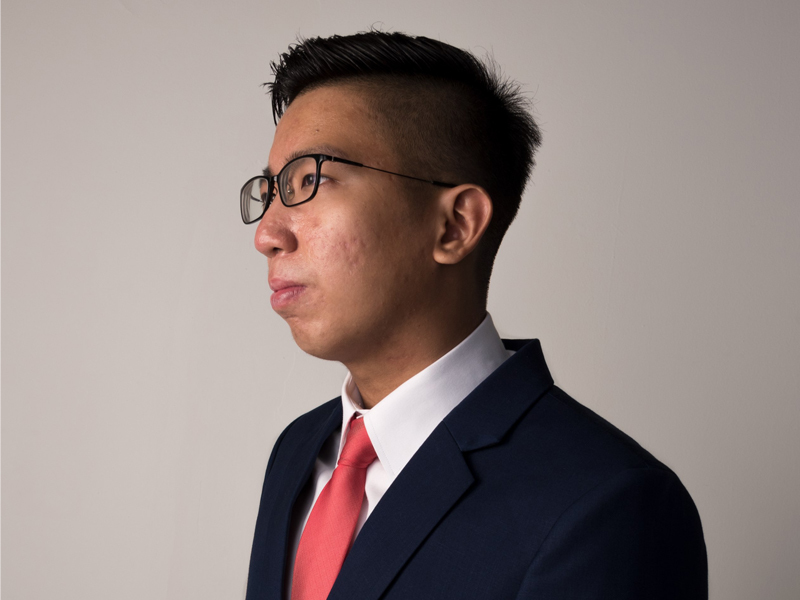 Photographer who's shot the likes of Just Blaze, Rhymefest, and Common for his Half Portraits series

I'm a huge Kanye nerd. I was 12 when I heard ‘Gold Digger’ for the first time in my life on MTV, and I got hooked immediately. My sister told me that I was listening to Kanye West, and put the Late Orchestration album on my music player. I listened to the album every day (for years to come, actually).

Kanye has gotten himself into a lot of negative light in recent times, and through the TMZ episode we learned that he got addicted to opioids post-liposuction, and that he was under the heavily drugged when he went through with that controversial Trump meeting.

I was listening to the live stream very closely when ye dropped, and when Chris Rock finally presented Kanye to start the session, the instrumental on the first track already sounded strangely ominous. Then, he starts talking about dealing with suicide. On this album, he makes it very clear that he has been going through a lot of shit. It's apparent just based on the album art.

I personally didn't really enjoy this record. But that doesn't matter, because it's clear that he dedicated this one to express himself and what he's been going through.

He says on this album that being bipolar is his superpower and that he doesn't see it as a disability, which is a bit of hope in this dark situation. I'm not sure how other people with the disorder view this statement, but I'm glad he used his status to speak up about something a lot of celebrities shy away from speaking about, as well as to highlight some of the things people with the disorder go through.

I've always had mad love for Kanye (though I definitely do not agree with all of his views) because of how significant he's been to me musically, but if I were to be honest, the last record I genuinely enjoyed from him was My Beautiful Dark Twisted Fantasy.

ye is probably his most personal and emotional body of work yet, and I wish all the best for him. 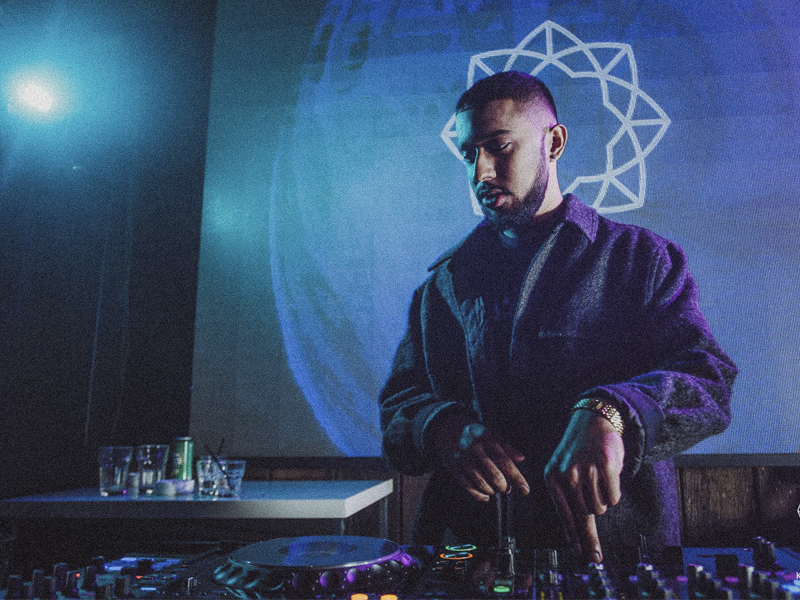 Been a Kanye fan since his production on Jay-Z’s The Blueprint. His discography is so vast that it’s hard to pick a favourite album, but if I really had to, it would be MBDTF.

ye has been on heavy rotation since it dropped and like fine wine, it just gets better with every listen. Production is impeccable, props to Kanye and Mike Dean for always pushing the boundaries sonically. Lyrically, it’s his most introspective to date, being vulnerable and putting his personal life on wax for public consumption. Sequence of the tracks flowed perfectly and features were really cohesive with the artistic direction of the project.

My only gripe is that I wanted a longer album after waiting for two years since TLOP dropped. Solid body of work nevertheless. Love him or hate him, you can’t deny that he’s always pushing the envelope and is a musical genius. I may not agree with his political and social views but I’ve learned to separate the art from the artist with Kanye. Stoked for the Kids See Ghost project with Cudi that’s dropping next! ​​​

What are your thoughts on ye? Let us know in the comments!