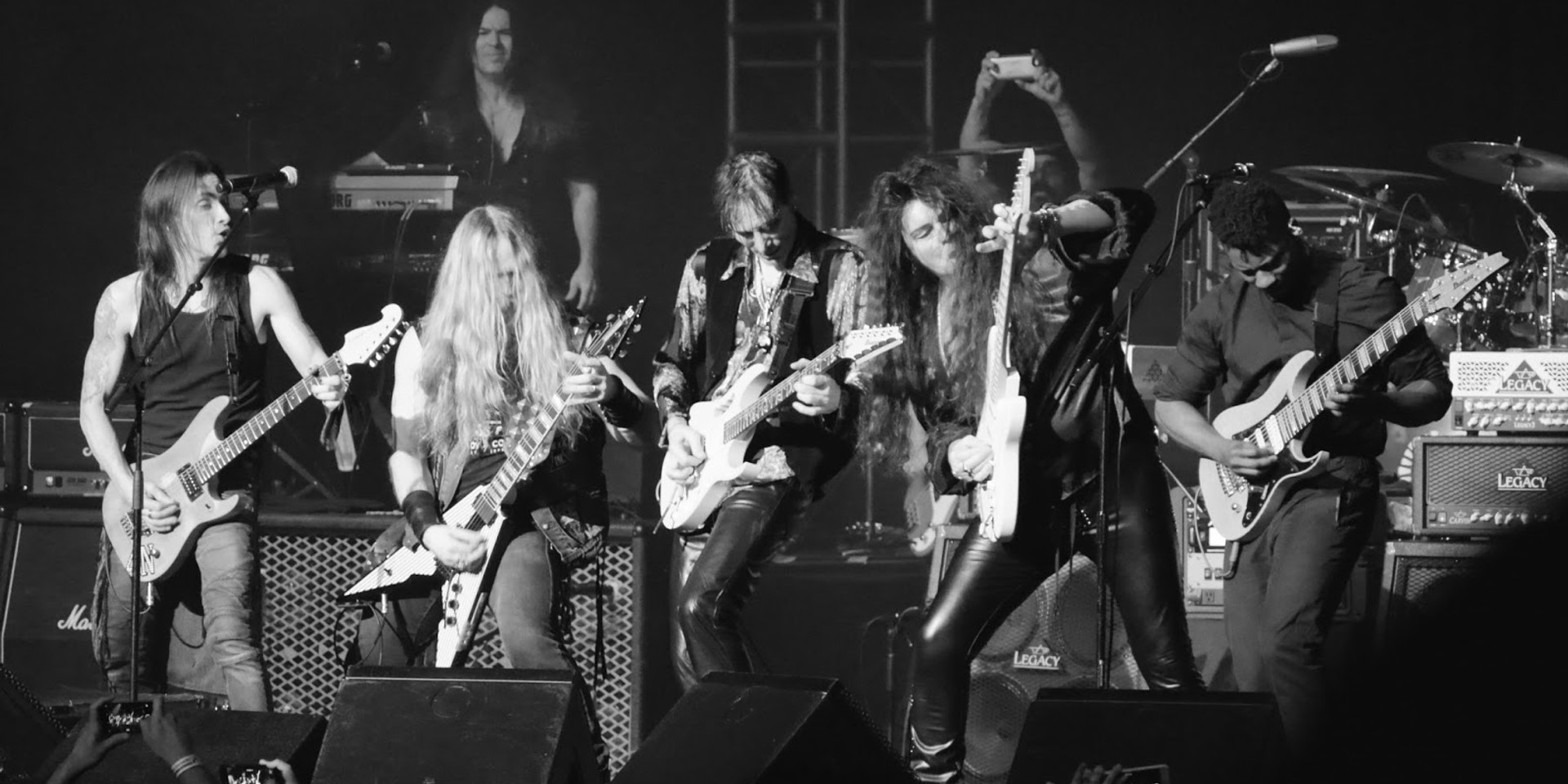 To see them on one stage may seem like a grand clash of egos, but the Generation Axe tour has already been garnering positive reviews. The touring supergroup will perform in the country on April 25th at The Coliseum, Hard Rock Hotel Singapore.

While no ticket details have surfaced, Zakk Wylde — also the mastermind of hard rock group Black Label Society — uploaded the show poster with an announcement on his Facebook page, with concert organizers IMC Live Group illustrated as the ones responsible for the show.

Steve Vai and Yngwie Malmsteen are both reputed solo guitarists while Tosin Abasi is best known for his progressive metal project Animals As Leaders, and Nuno Bettencourt for his classic hard rock group Extreme.

Tickets will be on sale from Saturday, 11 March, 10am via APACTix and all SingPost outlets. 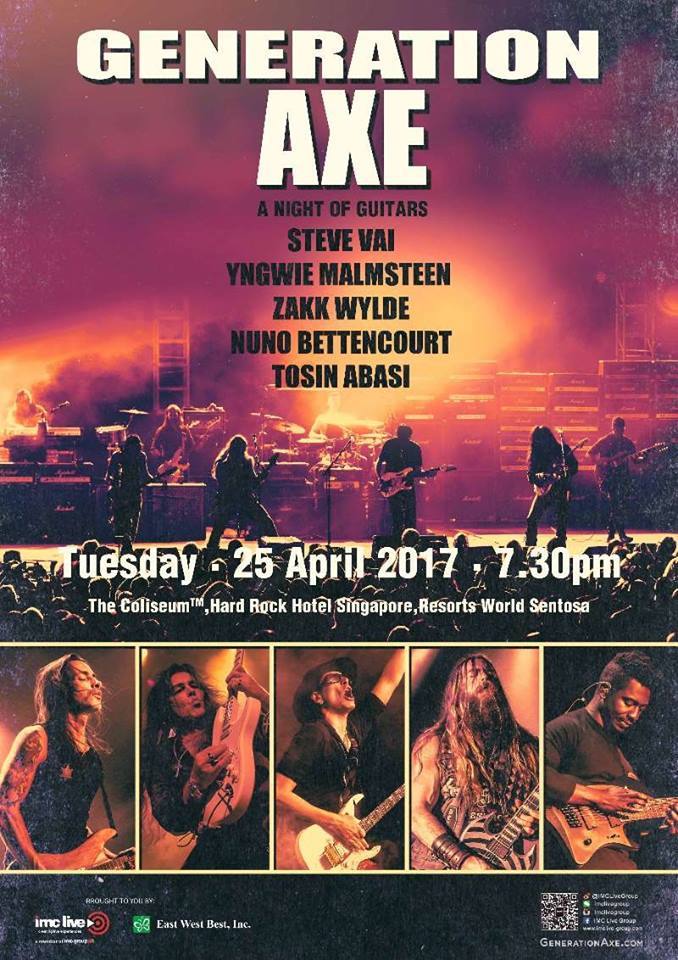