Prior to arriving at The Star Theatre I genuinely thought I was in for a subdued evening of the likes of some of my favourite Irish troubadours. A performance full of raw melancholy and all those lovely emotions; stuff like that. It was when I saw all the cardboard cutouts (complete with LED lights) and banners of aww-inducing propositions that it struck me that oh yea, this is a multi-award-winning singer-songwriter who played to an audience of millions at the 2012 Summer Olympics, and will be playing this coming July on the same stage where Queen played possibly their greatest concert ever: Wembley Stadium. All at the tender age of 24. 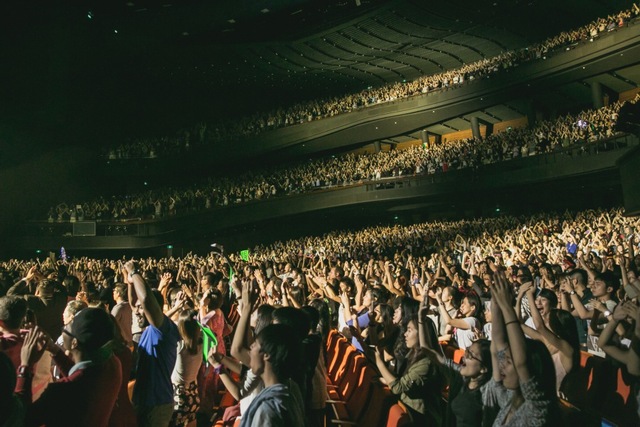 Moment of realisation #1: I am at a pop concert.

But here’s where the red-haired virtuoso’s genius lie: Ed Sheeran holds the distinction of treading the tricky line of being pop enough to appeal to the throngs of teenage girls who’d flock to the One Direction concert earlier in the week, while also being singer-songwriter enough to appeal to self-respecting music lovers so they can actually say they like his songs with a straight face.

Now to be fair, there is a reason girls sway and swoon over his music: he writes with an unabashedly mushy vernacular that somehow always manages to sound genuine. There’s a certain tenderness that’s hard to come by in the faux-empowering drivel that fill the airwaves these days, but brimming in abundance in songs like ‘Thinking Out Loud’, or the simply gorgeous medley of ‘Kiss Me’ and ‘Tenerife Sea’ (A personal highlight). Together with a disarming smile and an easy disposition, it’s really hard not to like the bloke. 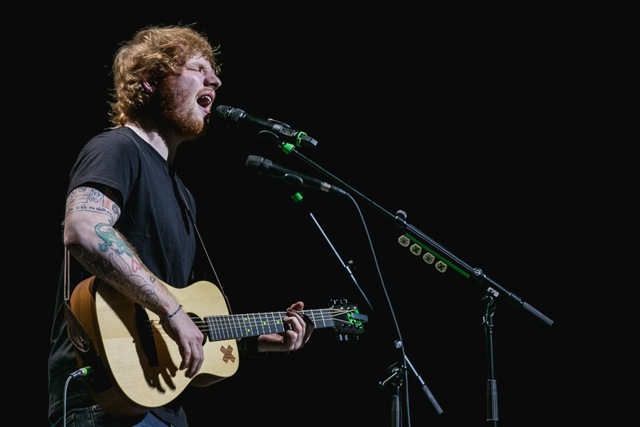 Moment of realisation #2: Ok, so he can really write a mean love song.

The 90-minute set was well balanced, sprinkling his hits between more aggressive tunes and the quieter ones. He started the gig off with a sampler plate of the tools in his repertoire: In the 4 minutes that is opener ‘I’m A Mess’, the Yorkshireman belted out a mad catchy hook, while crafting an infectious beat out of exploiting the percussive properties of an acoustic guitar, and a chorus of harmonies through the magic of a looper. He’s not the first to do it, sure, but it’s always impressive to see someone do it with much aplomb.

The hits garnered the loudest sing-alongs, as expected (I found it particularly amusing, far more than I should, when I saw a group of tudung girls sing along to the chorus of ‘Drunk’ at the top of their voices). It was rather refreshing to be at a gig where everyone actually sings along, and everyone actually sings in key; I think that was the far more impressive display I took away from that night. But the main spectacle of the evening was yet to come.

It was halfway through ‘Photograph’, and my eyes feasted on the beautiful hand sketched visuals of a boy and girl and flowers and birds all morphing onto and into one another, when suddenly wait hold on a second who the h--HEY! Who turned on the lights here? Lo and behold I turned around to look towards the source and witnessed a sea of strobe lights swaying in time. Yes, not only do they sing in key, they have a sense of rhythm too. Wherefore doth he findeth these fans? 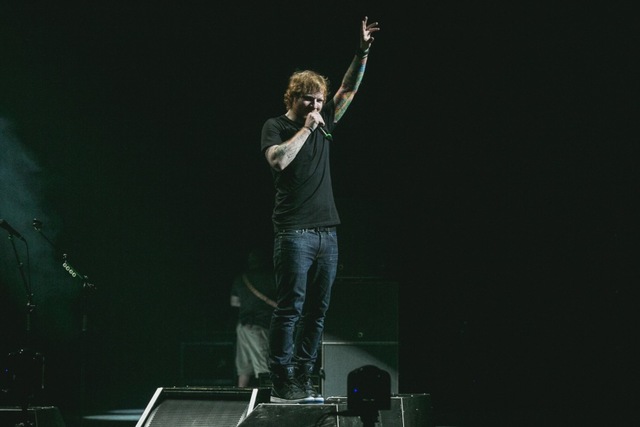 Eventually, of course, he arrived at the song that first acquainted me with his music. I had always thought waxing lyrical about a crack-smoking call girl as a departure from typical musings about love and romance was a particularly intriguing move by any artist, what more a pop artist. But it was hearing live that heartfelt rendition of ‘The A Team’, a song that he has undoubtedly played over and over again at venues not unlike this one all over the world, that proves he still manages to capture the essence of the sordid tale of a woman that he met on a day spent at a homeless shelter.

Aye, it is that voice of clarity and earnestness that wins people over. Heck, even his rapping on his encore set ‘You Need Me, But I Don’t Need You’ and ‘Sing’ didn’t sound as contrived as it could have been, albeit some awkward rapper posturing. It still worked as an acoustic but no less energetic rendition, proving the notion that if it sounds good with just your guitar and your voice, it’ll sound good with anything.

Though he noticeably doesn’t stray too far from the structure when he plays the hits, he does dare to venture with some experimental song pairings in his occasional medleys, like ‘Feelin’ Good’ and ‘I See Fire’. I mean, not everyone can transition from a jazz standard into a song about Durin’s son and dragon fire with such style. Yes, this impossible (or highly improbable, as this proves) string of subjects actually exists on the Internet now. 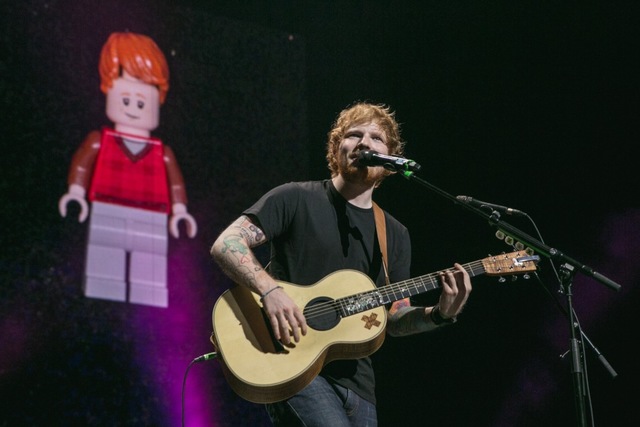 Moment of realisation #4: I actually didn’t mind the standing, despite being in a seated venue.

Oh yeah, I forgot to mention that all hopes of kicking back on my seat were dashed the moment he stepped out on stage and EVERYBODY got on their feet. But I didn’t mind the aching back or the tired knees by the end of the night. Because this is a legitimate artist that you should, and most definitely will, stand up for, wave your phone strobe light around for, and sing at the top of your lungs (in key, no less) like a teenage fangirl for.