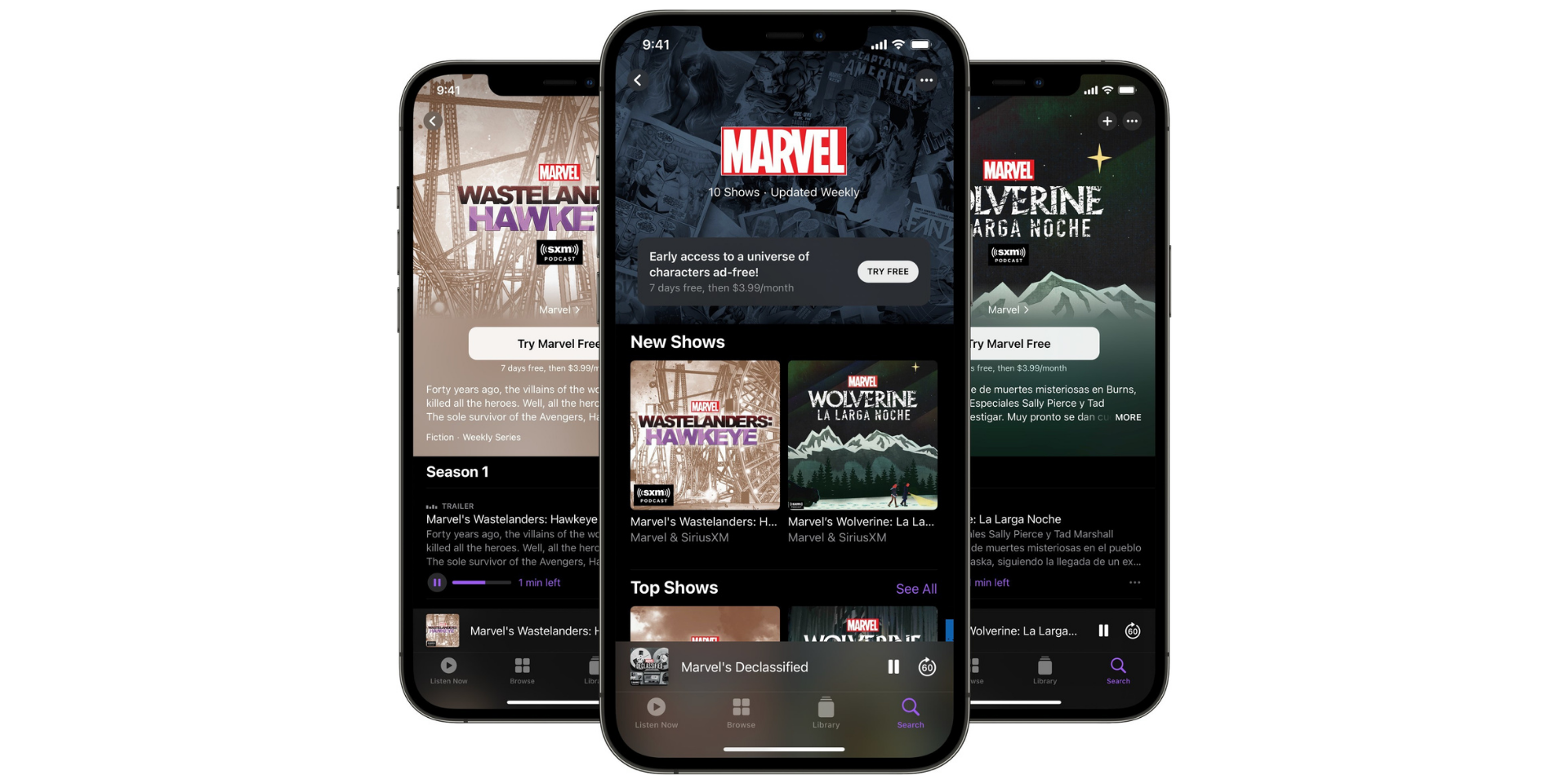 In an announcement made earlier this week, SiriusXM and Marvel Entertainment revealed that they will be launching both a paid and free Marvel channel on Apple Podcasts, with the paid subscription, titled Marvel Podcasts Unlimited, offering exclusive Marvel content.

Through the new channel, fans will be able to get access to an assortment of podcast series that features some of the most beloved characters from the Marvel Cinematic Universe including Wolverine, Black Widow, Hawk Eye, and more.

The Marvel channel, including Marvel Podcasts Unlimited, is available starting today (22/09) in over 170 countries via Apple Podcasts. The paid subscription is priced at USD 3.99 with local prices available in varied regions.

Unlock access to the @Marvel Universe, including shows about your favorite characters, films, comics, the fandom, and more. Find all the official Marvel podcasts here: https://t.co/kY8pbQEAJR pic.twitter.com/WxrMNzCzs6

The Marvel channel will also be the exclusive home to the original multi-part series Marvel's Wastelanders, which dives into the stories of some of the universe's most prominent characters. The first instalment of the series that features Star-Lord is now available on the channel.

Paid members of the channel will also get access to premium content such as Marvel's Declassified, an investigative docuseries on the history of Marvel comics, as well as early access to the entire Marvel's Wastelanders series.