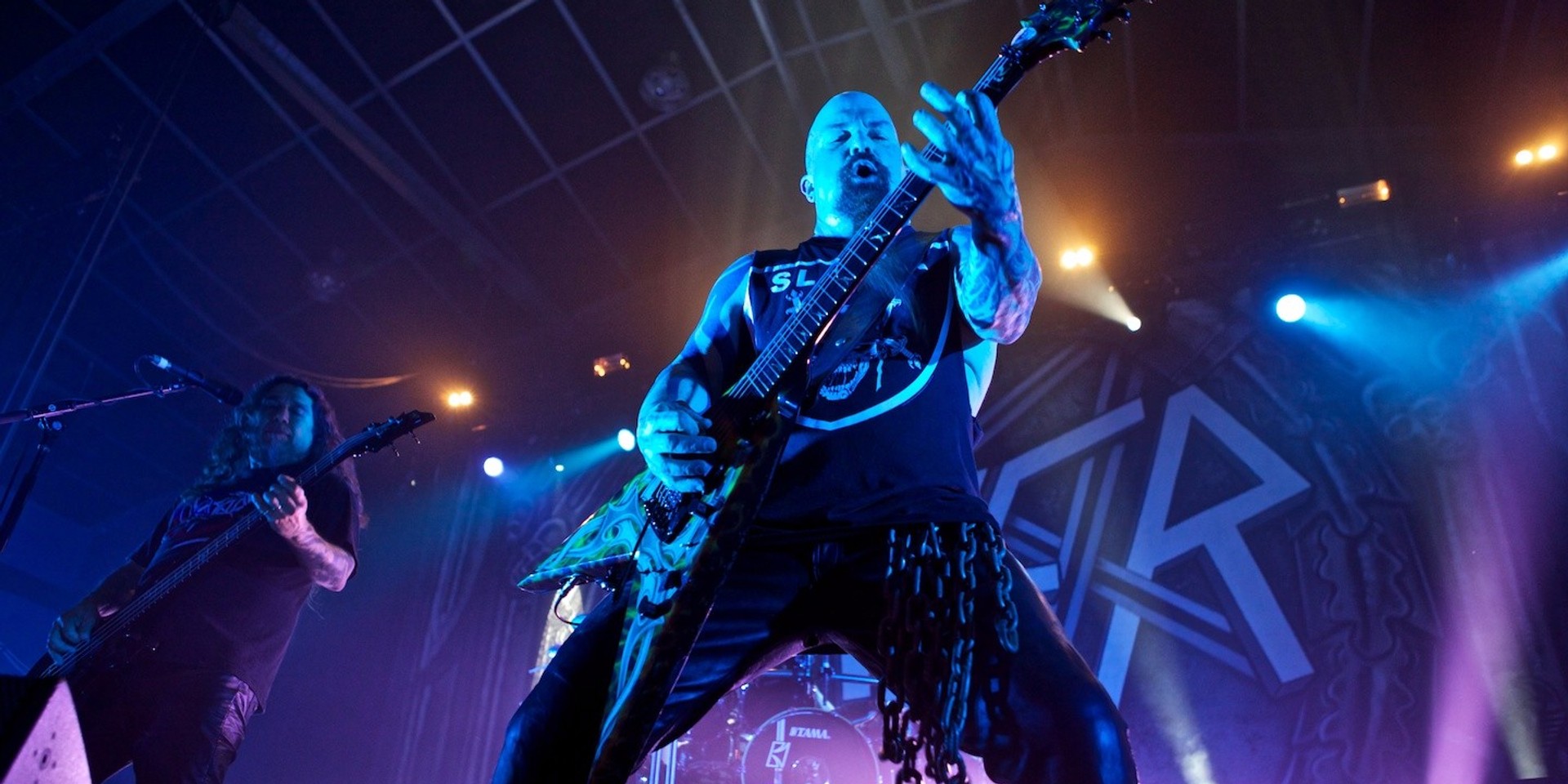 Slayer fans in Manila and the rest of the region are livid, and for good reason.

Fans from all over Southeast Asia are expected to be flying to Manila for Slayer's only show in Southeast Asia this year, but now they've been dealt a severe blow to the experience.

PULP Live World, the organizers of the metal concert event of the year in Manila, have released a list of prohibited items for the gig, which is happening tonight (October 11th).

Among the prohibited items listed are the usual suspects — professional cameras, pointed objects, food and drinks, and so on. Right until you notice that they've also banned moshing and crowdsurfing.

Those caught moshing will apparently be kicked out of the venue, without any chance of re-entry. Fans have unsurprisingly brought their wrath upon social media, in a list gathered by Metalsucks below. 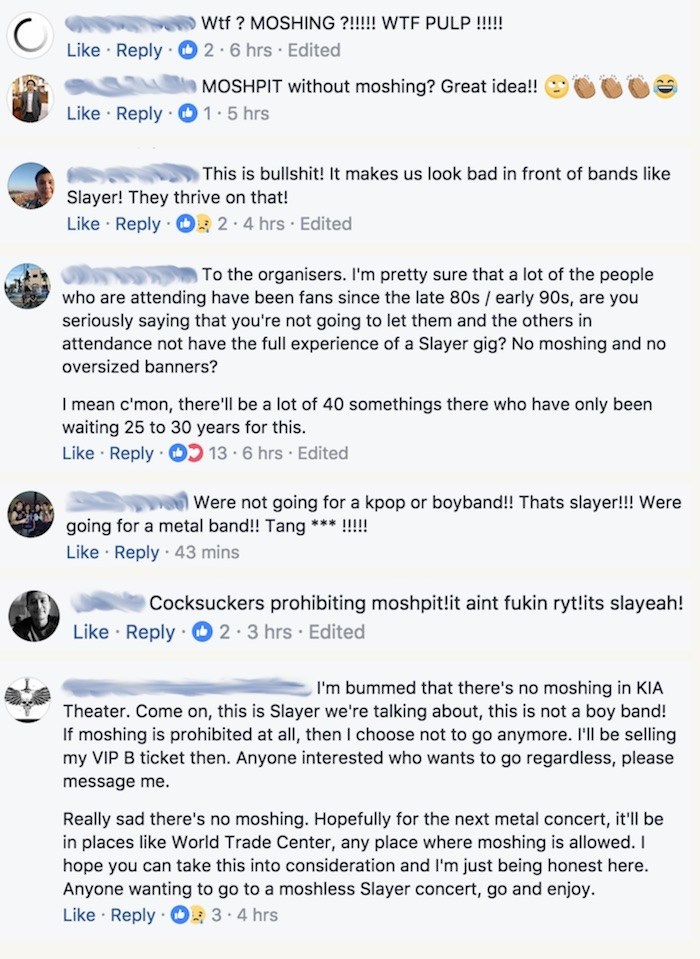 The concert is set to take place at the historic Kia Theatre, which recently hosted Mayday Parade on October 7th. The venue did not issue a ban on moshing at the show, as viewed here.

The rule was likely imposed as a safety concern by the venue, as PULP Live World have hosted plenty of metal shows which permit moshing, not least their annual Pulp Summer Slam festival, which hosted Megadeth, Whitechapel and Dragonforce this year.

Tickets to catch Slayer at Kia Theatre tonight are still available here at P7,500 (US$146) for front-pit tickets. Just remember not to mosh.