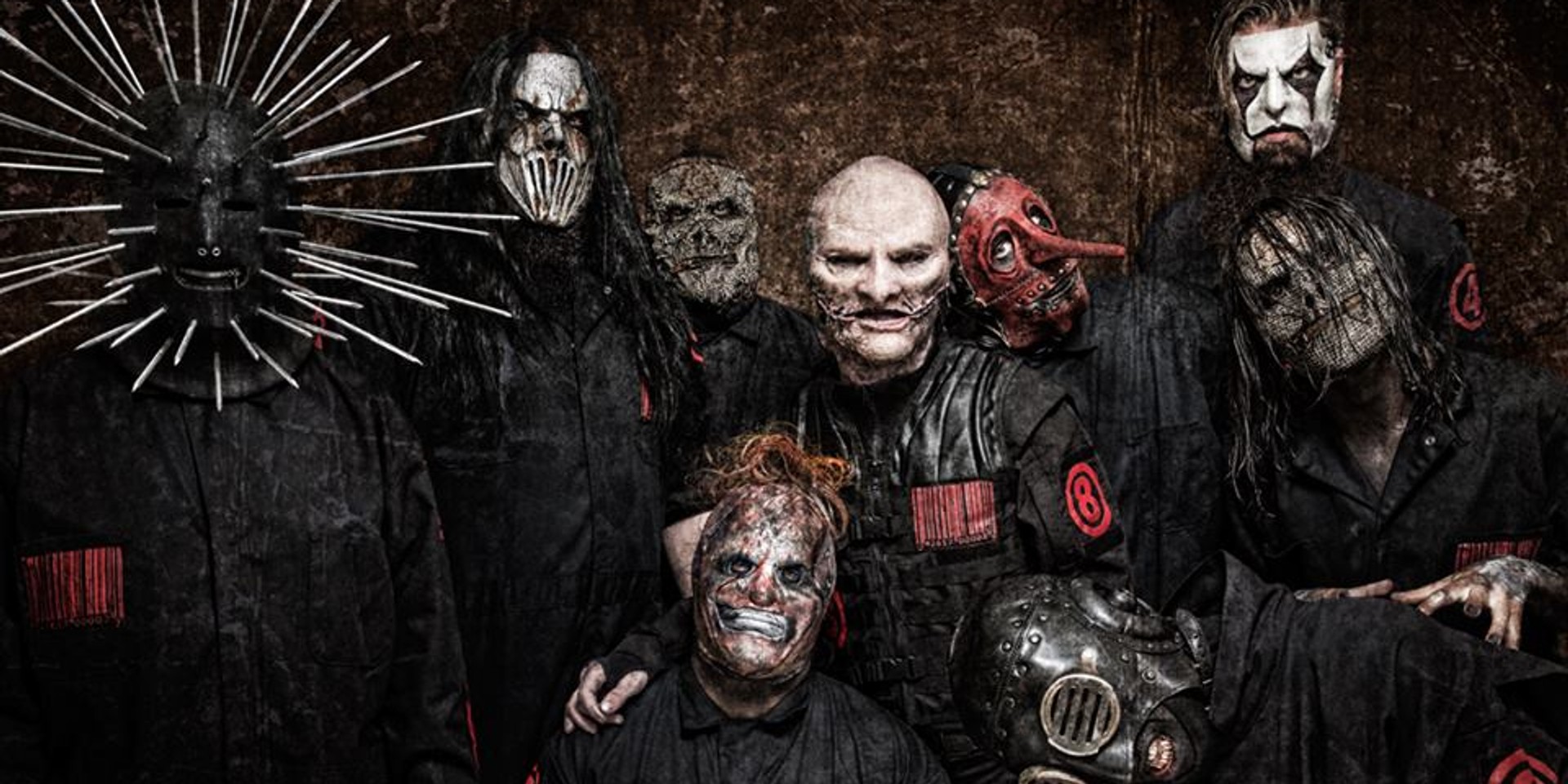 While Slipknot has teased us with their Knotfest outings in Japan in recent years, it seems like they might finally be branching out into the rest of Asia.

The band was last in Singapore in 2005, and now they have confirmed, on their Facebook page, a date in Taiwan on November 3rd. 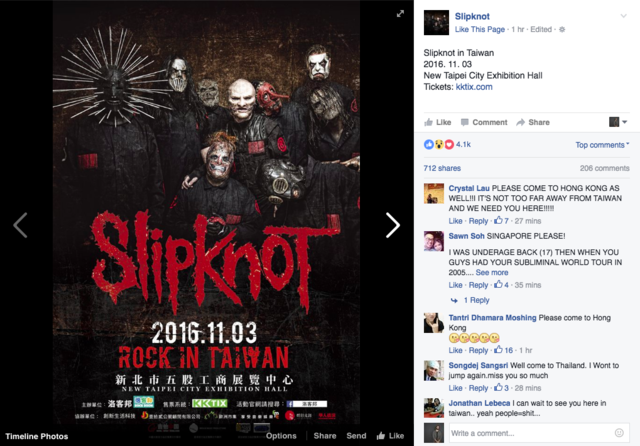 Where that would lead to is anyone's guess, but flights to Taiwan are relatively cheap, and if this ends up being their only Asian date outside of Japan, it'll be wise to book early.

But if you're dead set on seeing them in Singapore, you can always join the chorus over at the comments section, where many local and vocal Slipknot diehards are already pleading for a date here.

Meanwhile, tickets will soon be available on KKTix for the band's upcoming Taiwan date.

Watch the band perform 'Duality' and 'Spit It Out' at Knotfest in Japan: