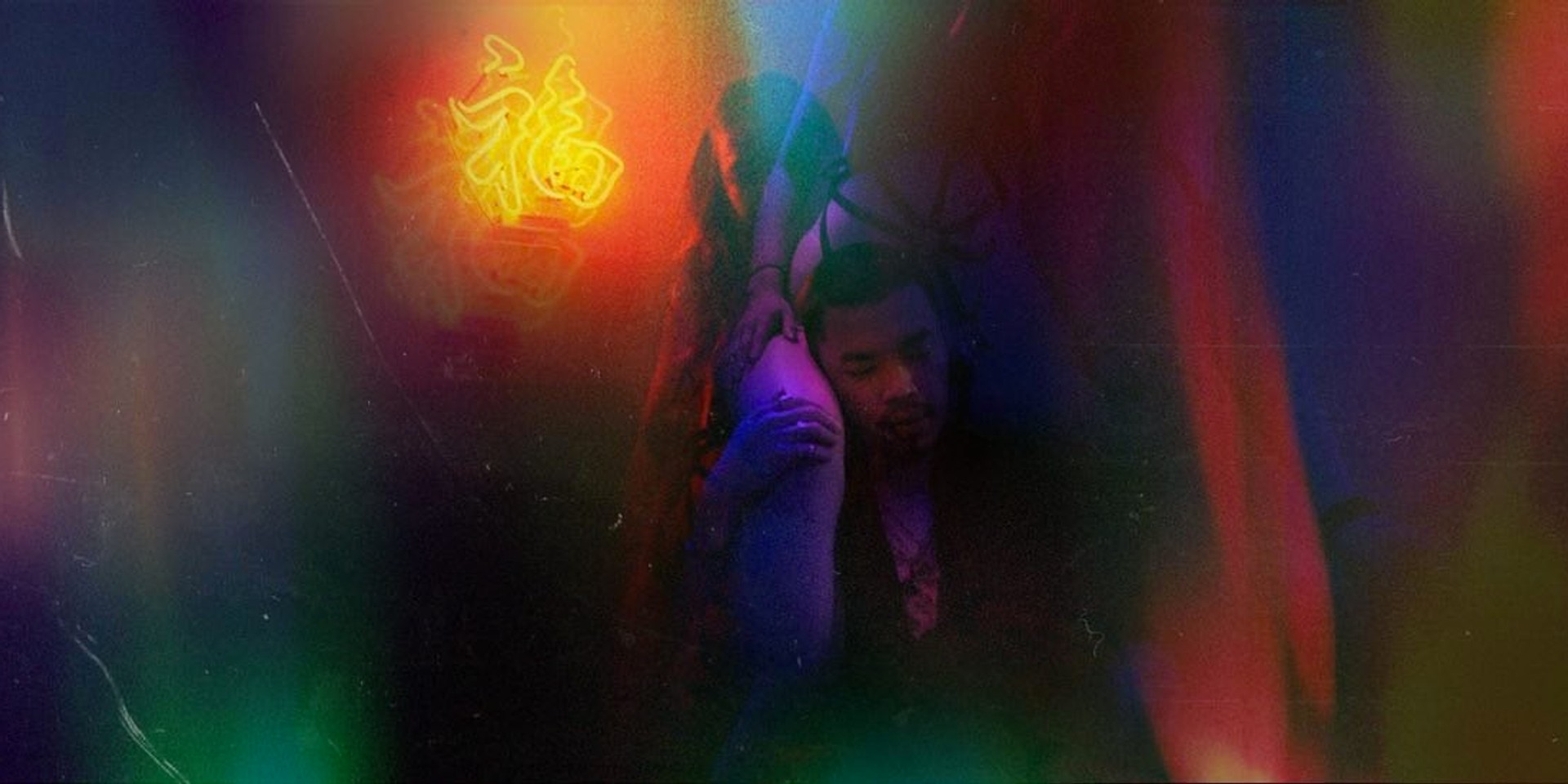 The EP was originally conceptualized as a short film before Slodown decided to turn the project into an EP instead. The story behind Nomance revolves around a fruitless love affair from start to finish. Listen closely and you'll find that the EP is actually a loop – meaning the album begins the same way it ends, letting listeners journey through the record from different perspectives.

We spoke to Slodown about the recording process, his collaborations and the concept behind his very first EP. Check out the complete interview below.

Nomance was originally written as a short film idea. What led to your decision to make it into music and release it as an EP?

I've always been writing music and film ideas either for fun or to get shit off my chest. Doing either of them for real was mostly just a fantasy back then, but the opportunity to actually work on music presented itself first so I went with music. If I had somehow linked up with a film director first, I might still be fantasising about doing music now.

Going into the studio, did you know that you wanted to tell a story like what you ended up doing on this record, or did it happen during the recording process and you went with it?

Yeah the entire story was already there. Without any intention of sharing with anyone, I had already written the story out into songs over random beats I found online. I actually began recording some of these songs with Fauxe initially, but gave up on them because I wanted original beats but I couldn't afford them and I can't produce for shit. Some time passed and I linked with Yllis (shouts to the god!) and we wrote all of the music and melodies from scratch, keeping only the story and lyrics.

How long did the recording process for the EP take?

Mad long actually. Until I actually dropped the first single, 'Khaled,' I still wasn't sure if I was going to take this music thing seriously, and I was also juggling my day job as an art director at an ad agency and art directing the first issue of Mynah Magazine on the side (shouts to Karen and the gang!!!!) so I only recorded in my very limited free time. [Editor's note – Mynah Magazine is our editor Karen Gwee's side project.]

The title track of the EP features Jasmine Sokko. What was it like working with her and how did the feature come about? Was her part written with her in mind, or was she brought in later to be a part of the project?

I knew I wanted a female vocalist to come through with the female POV on that song, and Yllis was already working with Jasmine Sokko at the time. When I first heard her voice I knew she was the one. We shared the song and the EP's concept with her and she was down, so we just linked up at Yllis's studio and the 3 of us wrote her verse there together.

Nomance tackles the relationship issues that plague many of today’s youth, which you’ve labelled as ‘the tinder generation’. Could you dig deeper into that?

At the time of writing Nomance, this was just what the people around me and I were going through. I had just broken up, my friends had just broken up, we were really just wyling out and there was a lot of Tinder involved. A lot of those friends are in stable, long term relationships now though, but that's back home. Here in New York it's mostly more of the same shit I wrote about in the project, but way more severe. I'm not saying it's bad or good though. The project is less of a commentary than it is an observation and an account of a lot of the things I went through or saw people around me go through.

I think the content will resonate with everyone differently based on their own experiences. Some of us have probably even experienced something like this multiple times from different sides of it, which is why the story in the EP loops, but the perspective changes. When I first wrote this as a film, I wanted it to be shot like a regular film, but with the actors and actresses for the characters changing every time the camera cuts. Might still do that for a music video if I have a budget for such a large cast.

For some artists, the recording of vocals and lyrics are usually the last thing to be recorded, after the feel and basis for a song is set by the instrumental. You had the concept of the EP already figured out so were the songs built around the lyrics and the story that you wanted to tell, or did you fit the story into the songs?

While I already had the story and the words, I also had a certain vision of how I wanted the project to sound. The SoundCloud beats I initially wrote over just weren't cutting it. At the time of writing the project, I was spending many self destructive nights at karaokes like Cash Studio and dart bars like Shooters.

It was a lot of darkness, neon lights, too much alcohol, everything smelling like ciggs, a lot of the music playing there were the retro mandarin KTV classics... I wanted the atmosphere of the project to feel like that too, but fused with the kind of soul/R&B I listen to. Yllis bought a bunch of random karaoke CDs from Bugis street market and sampled those songs for the instrumentals, rest is history. He's a fucking genius!!!