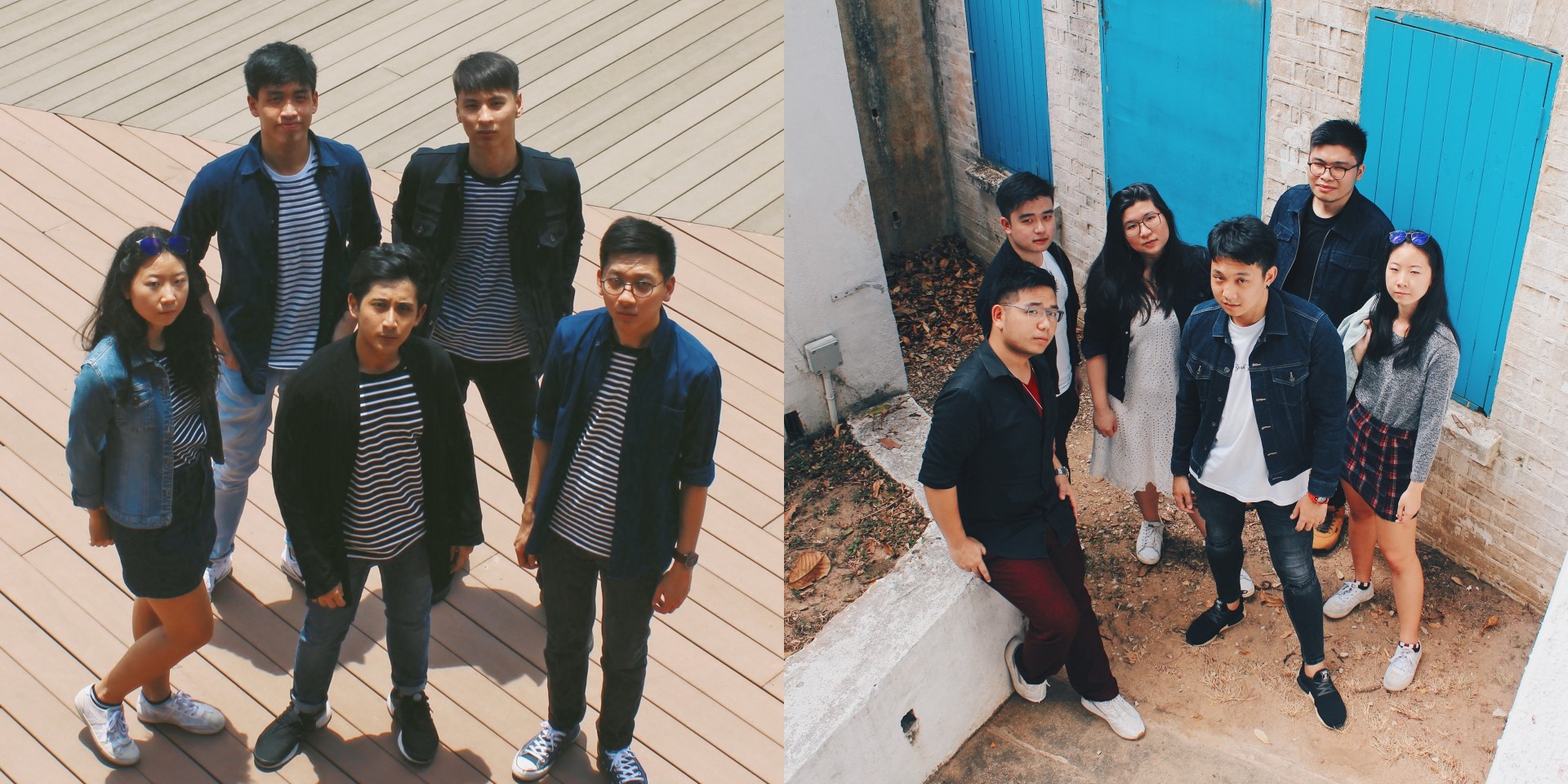 Graduating from university is the last time many will be involved with the phenomenon known as "school" (until they become parents). It's the final frontier before adulthood and its many demands descend mercilessly on you. That's why the stakes are so high. But that doesn't mean you can't have fun.

Enter Starry Nite, SMU's largest campus-wide concert that serves as a platform for talented SMU musicians to perform on the big stage and celebrate the end-of-semester with the community. Because we stand for Made In Singapore music of all genres, Bandwagon Campus Tours, held since 2017 and are organised throughout the year to spotlight top tertiary bands and introduce more great original Singaporean music to everyone, has partnered with SMU SoundFoundry to add two of Singapore's most buzzing bands, brb. and Subsonic Eye, to Starry Nite's lineup.

Ahead of the big day, get acquainted with the five campus bands SIVXN, Breedlove, scrbs., Jo & The Boiz and The 1990s, in our interview below.

Tell the people about your band.

SIVXN: SIVXN is fun – we genuinely enjoy each other's company on and off stage. A common passion for music brought us together and we've never looked back!

Breedlove: Breedlove's concept has always been to never be tied down by genres. We're constantly exploring new styles to improve as musicians and as a band.

scrbs.: If you’re looking for a band with good vibes, scrbs. is the band for you. We play and cover music in a special way, incorporating brass and some variation of structure to spice up the typical song. We’re quite a random mix of musicians but each and every one of us serves the music.

Jo & The Boiz:  Just a bunch of people that always had mad chemistry as friends and who translated the chemistry to the stage when Jo asked the boiz to do a gig. Jo has gotten the boiz to play genres from chill acoustic hits to jazz-pop to R&B and to funk.

The 1990s: The 1990s is a band with roots in pop-funk. There's nothing we like better than having fun playing music together, so we enjoy challenging ourselves with technically demanding songs and experimenting with our own mashups and medleys. 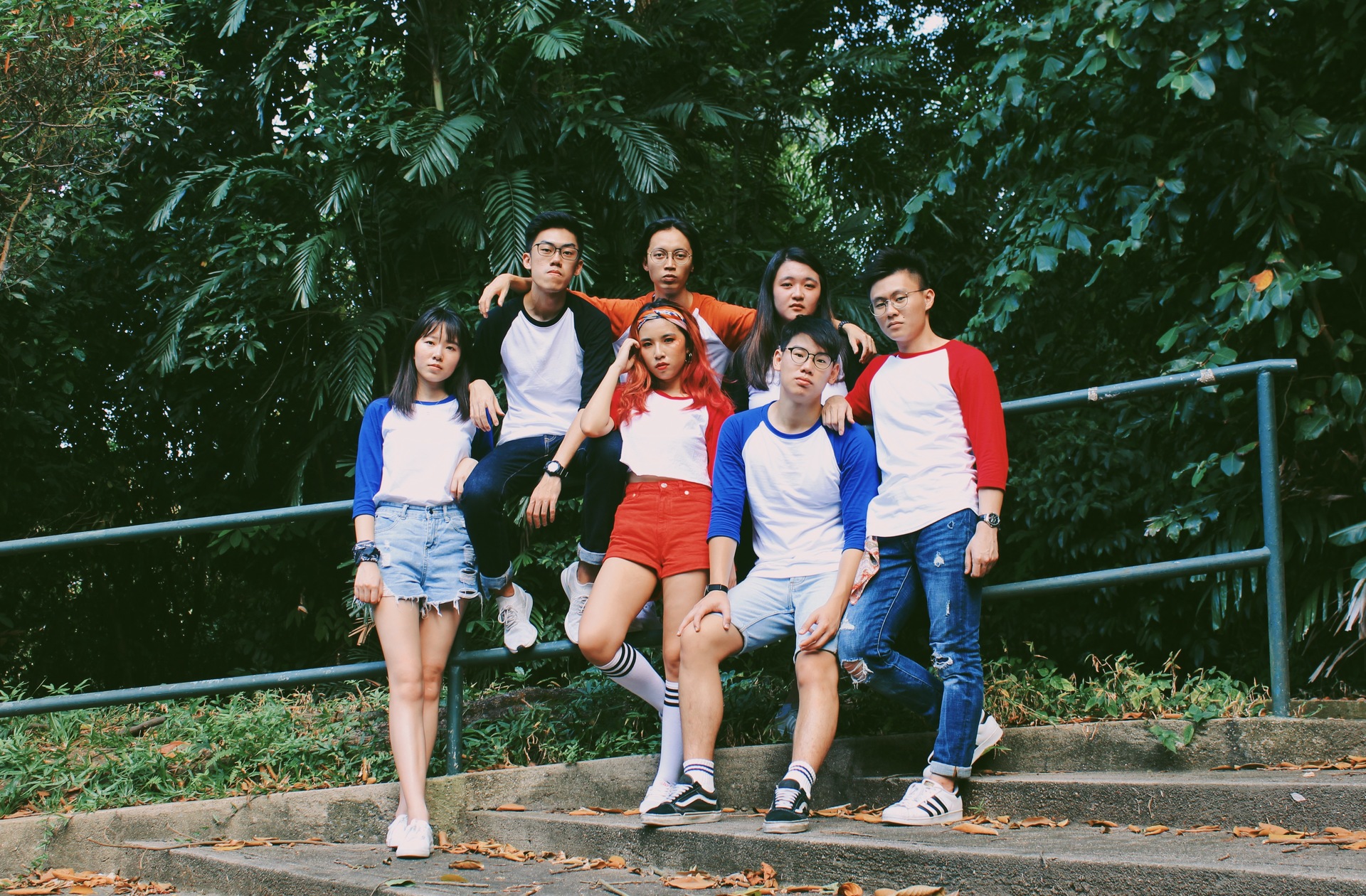 How has your journey in music been?

SIVXN: Nothing short of amazing. As a freshie band, (5 of us are from year 1) we have had numerous awesome opportunities to perform, including Timbre Substation and Timbre+. It's nice to see everybody, from different musical backgrounds, work towards a common goal.

Breedlove: Breedlove originally started as a blues trio, but we eventually expanded as we felt it was hard to be versatile with just three people. However, deciding to expand was the best decision we've ever made and it has allowed us to be dynamic and opened many possibilities for us.

scrbs.: A few of us started our journey in school since year one, while some of us started from young. Personally, I (Josh) began with the typical Green Day cover band before serving in church. It was only when I came to SMU SoundFoundry that I found people that listened to a wide (and amazing variety) of music, and discovered the kind of music that scrbs. plays. It’s been an amazing journey thus far, and I’m looking forward to what we, as well as the members of the club, can achieve.

Jo & The Boiz: We started out having fun on stage, and we still do, we just practice the fun more and have grown a lot through the past year or so.

The 1990s: Turbulent yet stable. In my experience, you will encounter periods of extreme focus, and you will also get extremely distracted by things that you didn't know actually mattered. In the end, we all grow in one way or another, its just which road we take. 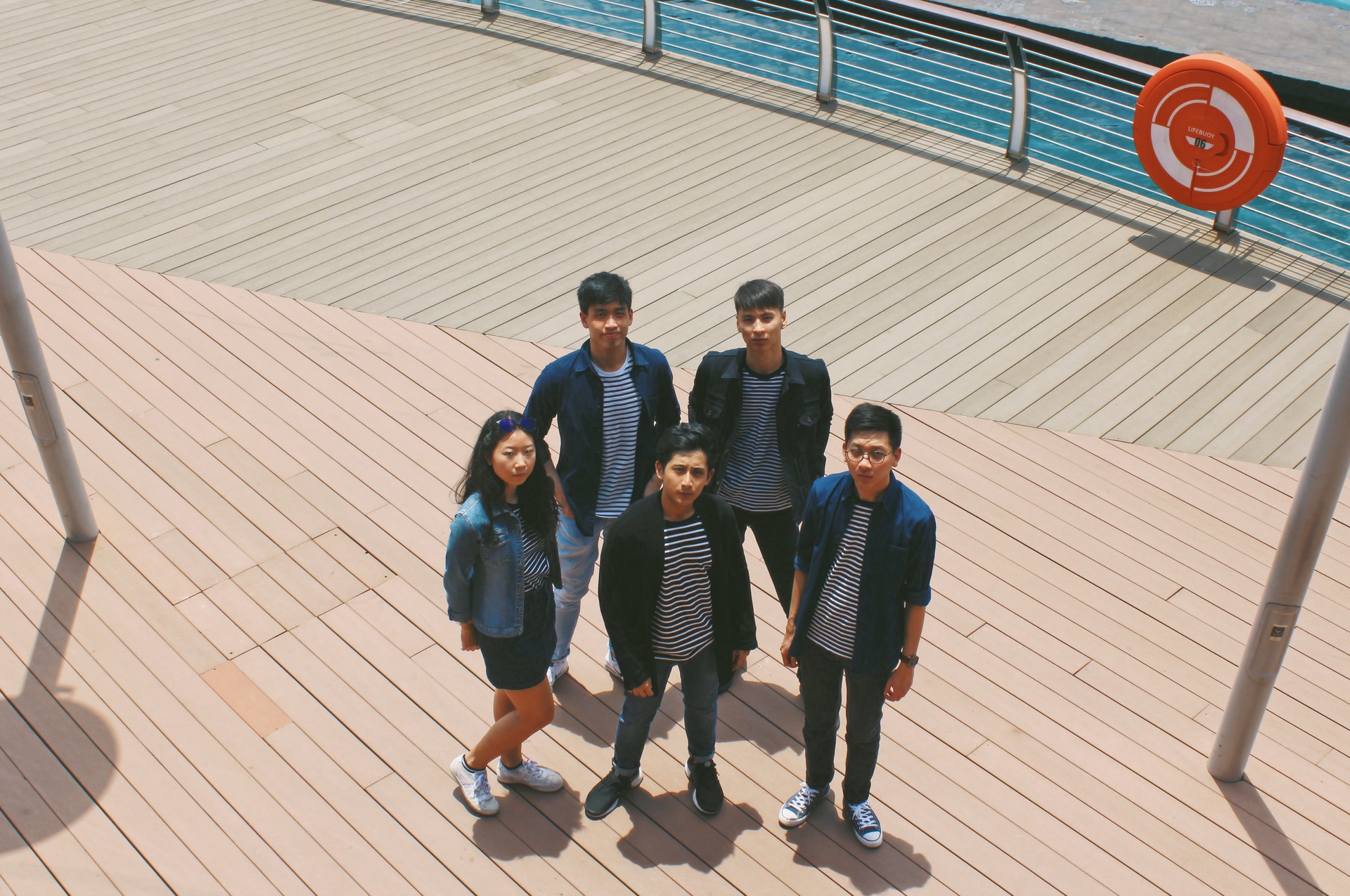 How do you balance schoolwork with music?

SIVXN: We don't! (laughs) Most of us are still learning to cope, but generally we see band practice as the highlight of our week, and something to look forward to, rather than a burdensome commitment that we dread.

Breedlove: It's honestly pretty tough, but music is a very important part of our lives, so we always find a way to make it work.

scrbs.: Music takes a ton of practice, and we can’t say that we do it all the time, so there’re always tradeoffs. When it’s time to grind for finals, we grind hard. When the gig is a week away and we’ve only practiced a few times, we push as hard and as  well as we can to ensure that we play at our best.

Jo & The Boiz: Our secret is, we don't.. Except for our keyboardist Asaph, who has stellar academic results whilst juggling band life. He tells us that balance is all about using your time effectively, but also tells us "JUST GIT GUD LOL". It helps when all of us settle the keys and arrangements before practice, so when we show up, practice is efficient.

The 1990s: Planning your schedule ahead of time and writing it down in a calendar helps a lot. But reminding yourself constantly with voices from Mario, “Roy, got practice not?”, definitely helped more. 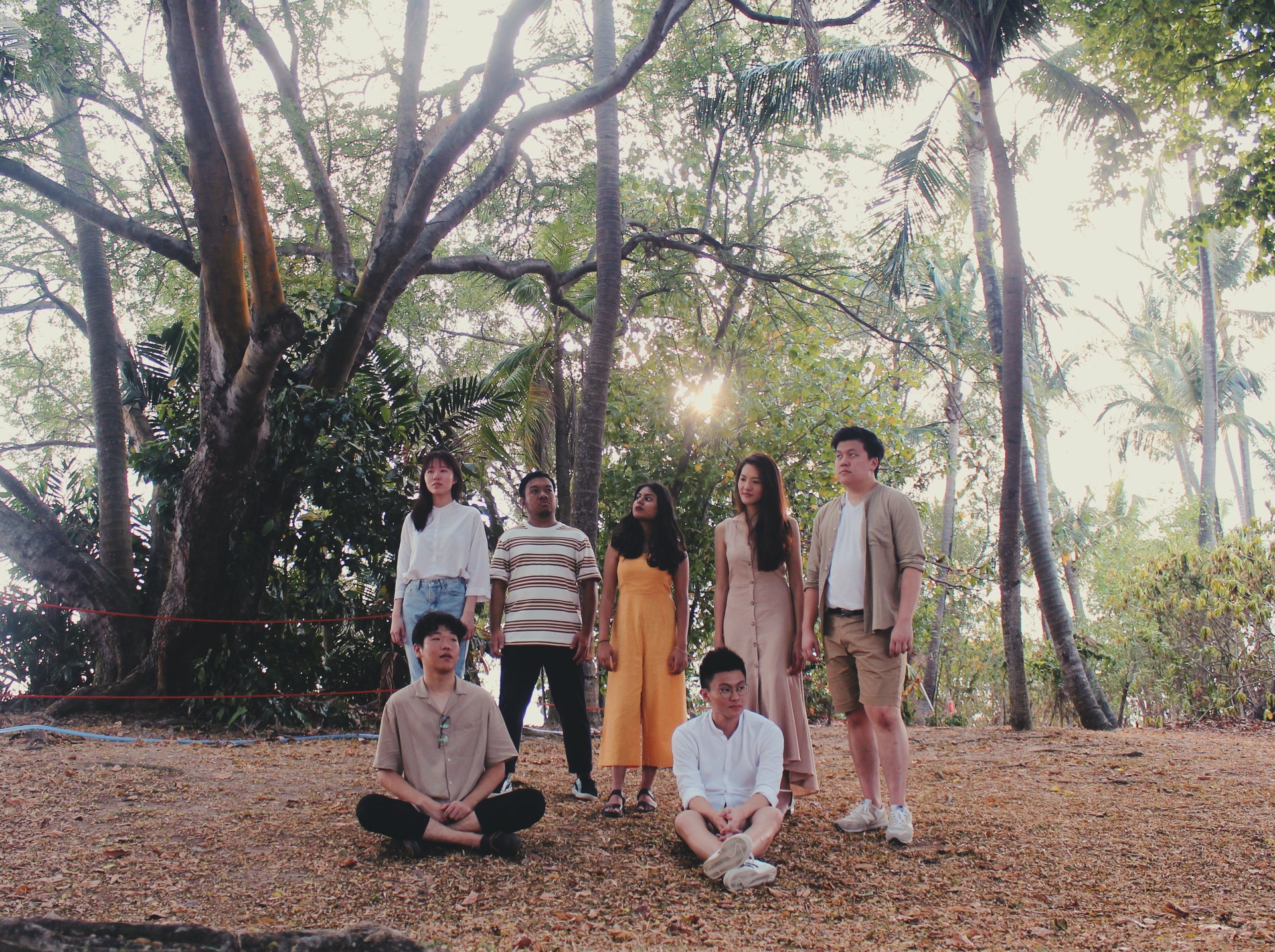 What do you want out of pursuing music?

SIVXN: The short term goal is definitely to keep performing and get better – the long term aim would definitely be to come up with a good repertoire to go out and play regular gigs. That would be pretty cool!

Breedlove: There's no goal for us, we play music simply because.

scrbs.: I think most of us as a band just love playing. I don’t know to what degree any of my band mates want to pursue a career in music, but as of now, we just pursue music to enjoy music.

Jo & The Boiz: Music always has been about expression to all of us. For some, it's about providing a direct outlet to our emotions, for others it's about expressing our creativity. Ultimately, it's a way of life for us all in different ways, and we wouldn't rather be doing anything else.

The 1990s: Satisfaction for doing what you love, honing your craft and being appreciated for something you truly worked hard for. 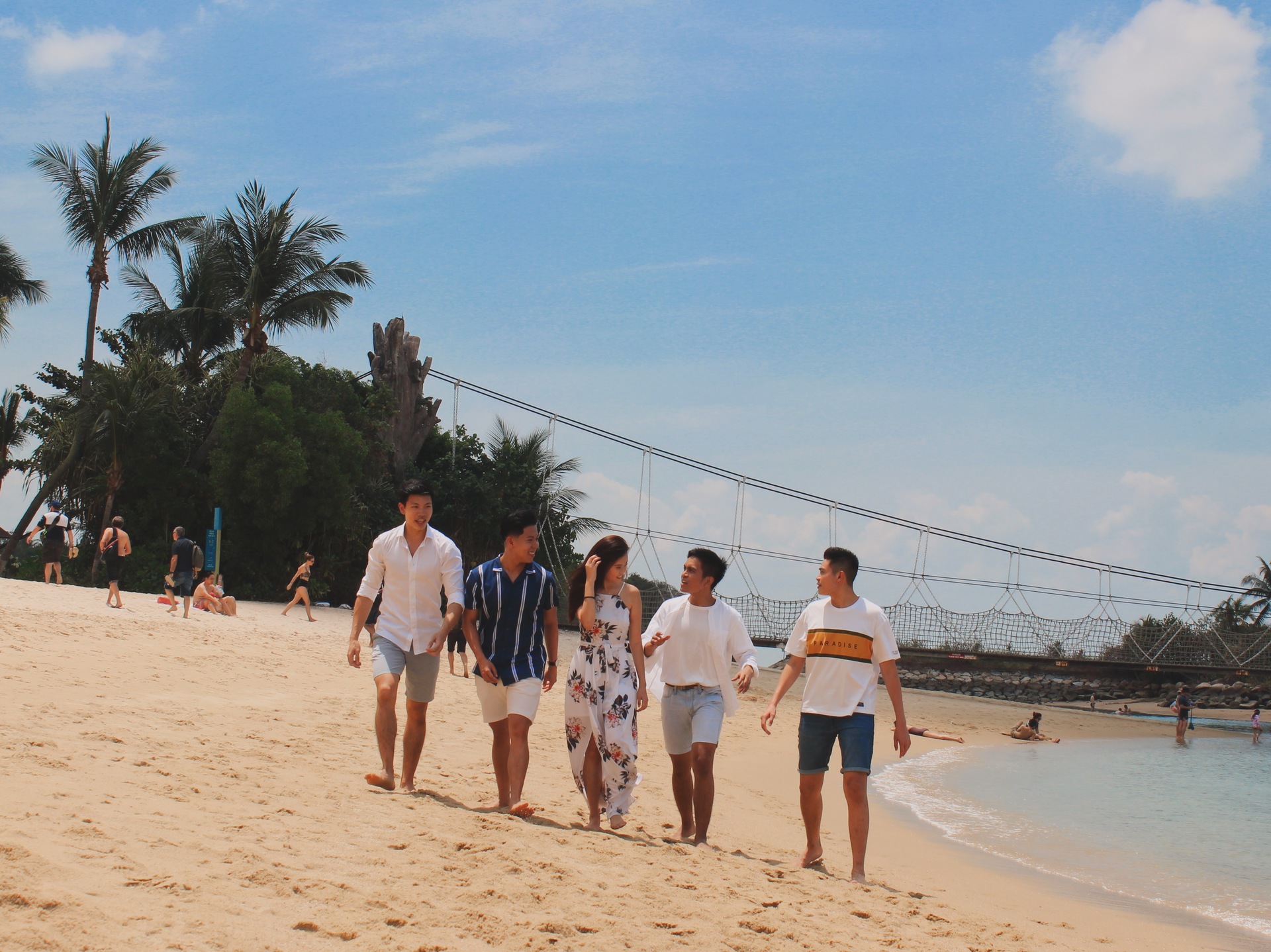 Is being a band in university “cool”?

SIVXN: I think the really cool part of being a band in university is that your friends come support you for your gigs, which is really nice. Also, there's always something to look forward to, as opportunities for university bands increase.

Breedlove: I guess being in a band has an aura about it, considering only a very small population of people are in bands. People always associate a sense of stardom with the people who play in bands, too.

scrbs.: Well, I’m not sure. I guess you’ll have to come watch Starry Nite and let us know if we’re cool.

Jo & The Boiz: It was supposed to be but we still don't have any friends. Jokes aside, our drummer Josh has gotten a lot of girls' numbers, so, yes, we would say being in a band in university is cool. 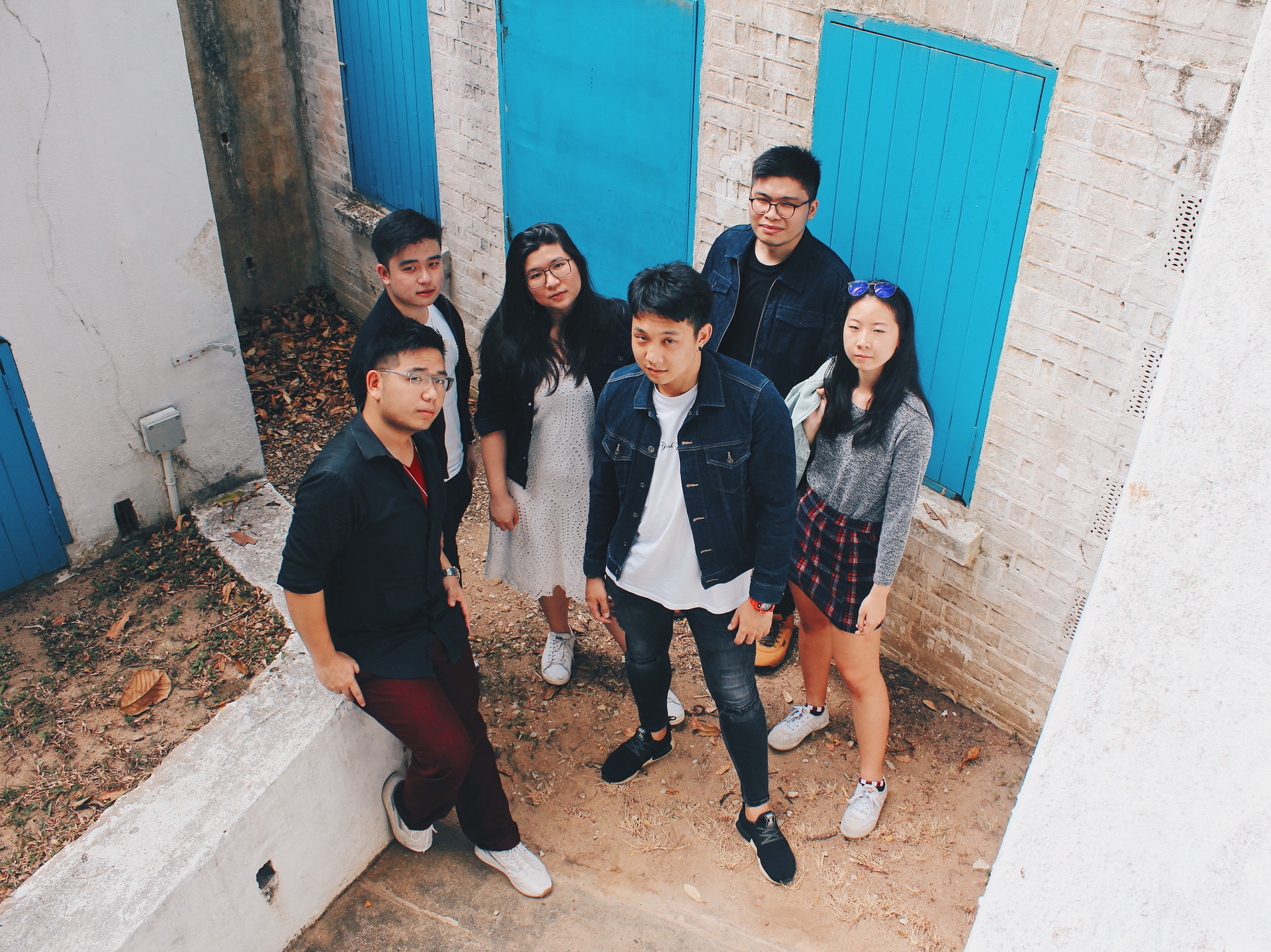 Do you envision the band being together after you graduate?

SIVXN: One thing is for sure – we'll try our very best to. Commitments may come and go but what is important, is that we place SIVXN as a priority and always make time for it.

Breedlove: Of course, music is in our blood and we couldn't imagine our lives without it!

scrbs.: It’s really hard to say but any opportunity to play with these fellas again in the future would be lovely.

Jo & The Boiz: We're alr booked as the wedding band for all our weddings.

The 1990s: I mean, most of us are old and graduating. Soon enough, this band will be all we have left of our music life. So I predict we will cling on for dear life.

What is one non-musical/technical thing being in a band has taught you?

SIVXN: Being in a band has taught us that a band is really more than the sum of its parts. The potential of a team working cohesively together towards a shared goal is truly amazing to witness.

Breedlove: The most important thing we've learned is how to compromise. All of us have different artistic perspectives, so, naturally, there will be conflicting opinions. At the end of the day, we all have to be on the same page, playing as one band instead of five people.

scrbs.: Being in a band, you learn a lot of great things that should make you a better person. You learn to give and take, let your friends shine sometimes, and most importantly, you come to rehearsals prepared because everybody’s time is as valuable as yours.

Jo & The Boiz: How to deal with our drummer Josh. Also, communication as a team, as coordinating practices and settling arrangements can be tough with all our different schedules. Lastly, as a bunch of friends, we really had to learn to get serious when the situation and time demanded.

The 1990s: I guess it would be the importance of chemistry in a group. All of us are friends and we click with each other musically. That makes everything so much easier and much more enjoyable. The journey is the best part of the story. That's something they don't teach you in school, kids.

In conjunction with SMU SoundFoundry, Starry Nite x Bandwagon Campus Tour will take place on Friday, 5 April from 6pm till 10pm at SMU Campus Green. Entry is free and open to all. For more information, visit the official Facebook page.

Starry Nite is SMU's largest campus-wide concert that serves as a platform for talented SMU musicians to perform on the big stage and celebrate the end-of-semester with the community.

Bandwagon Campus Tours have been held since 2017 and are organised throughout the year to spotlight top tertiary bands and introduce more great original Singaporean music to everyone. 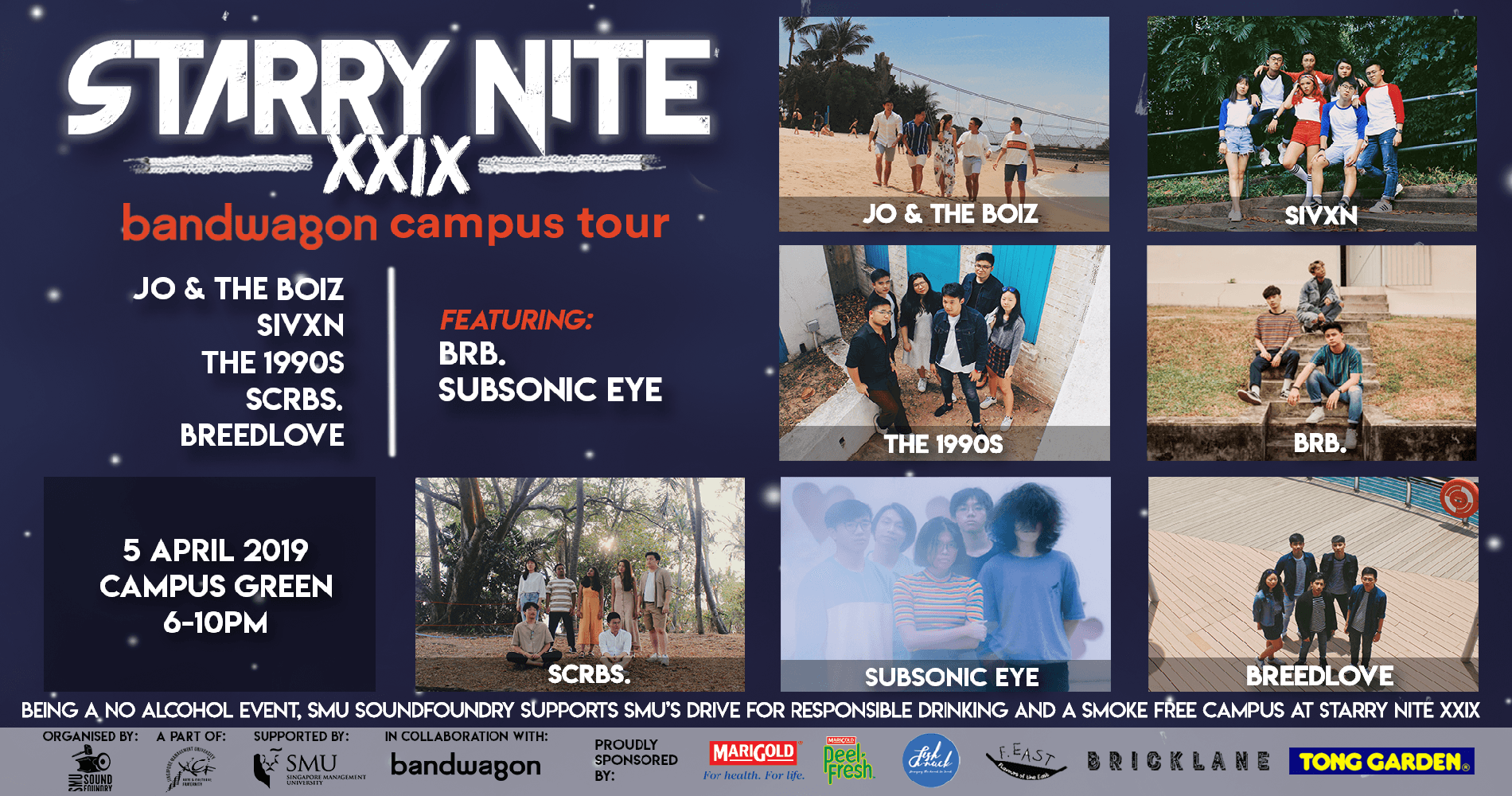