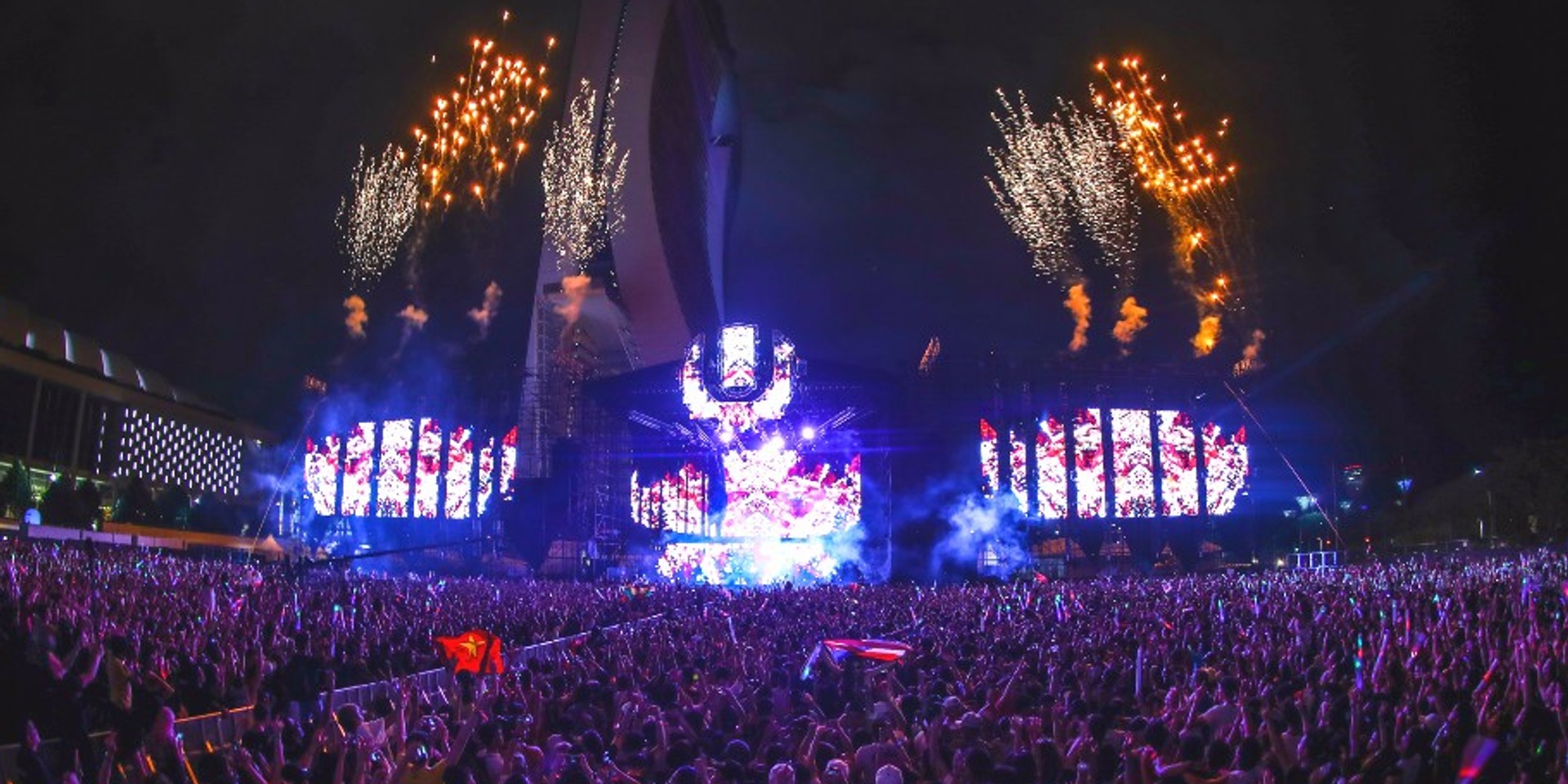 Something that most of us don’t really consider as concert goers is the effort put into organizing one – from the backline to people management, concerts and festivals are huge, bamboozling affairs with many moving parts that need the best in the business on the job at all times.

As we all gear up for the festivities of the Ultra Music Festival (UMF) weekend, Bandwagon had the opportunity to go for a walkabout at the Ultra Park as backline wizards were putting final touches on stages, audiovisual systems, and the booths on Bayfront Avenue.

From the looks of it, organizers and artists are set to deliver a mind-blowing experience befitting of the largest electronic music festival brand in the world. The festival grounds were abuzz with activity as final touch ups were well under way. All the stages have been set up, and audio visual systems being tested rigorously to ensure a prime festival experience, while sponsors and partners (DBS, Mercedes, Sony, and so on) were setting up booths.

After last year’s inaugural rendition of the full-fledged Ultra Music Festival (UMF) in Singapore, organizers were hard at work almost immediately after the conclusion of UMF 2016 to improve on the festival's weak spots.

Following a three month After Action Review post-event, organizers got to work to put up what is sure to be Singapore’s largest electronic music festival yet. The Ultranaut (as the organizers have cutely called all festival goers) has also become the centre-piece of all organizational decision making. Therefore, fans can be assured of an improved experience from entry to exit.

Even those who can't attend this year's festival have not been forgotten - the visual magicians of UMF TV have been flown in not only to produce the much anticipated after-movie, but also to operate cameras installed on booms (seen below), the footage of which will be streamed live on YouTube. So even if you can't make it - don't worry! You can still enjoy the rave in the comfort of your own home.

On the grounds themselves, the size of the entrance for General Admission has been increased by 40%, such that entry and exit can be facilitated quickly. Queues have been streamlined, security checks made more efficient without sacrificing quality, and spaces in the park used more efficiently to cope with the crowd that is due to throng the Ultra Park tomorrow (10/06). Furthermore, organizers are working in close cooperation with the Singapore Police Force (SPF) to ensure that security is tight to ensure maximum safety for all Ultranauts. 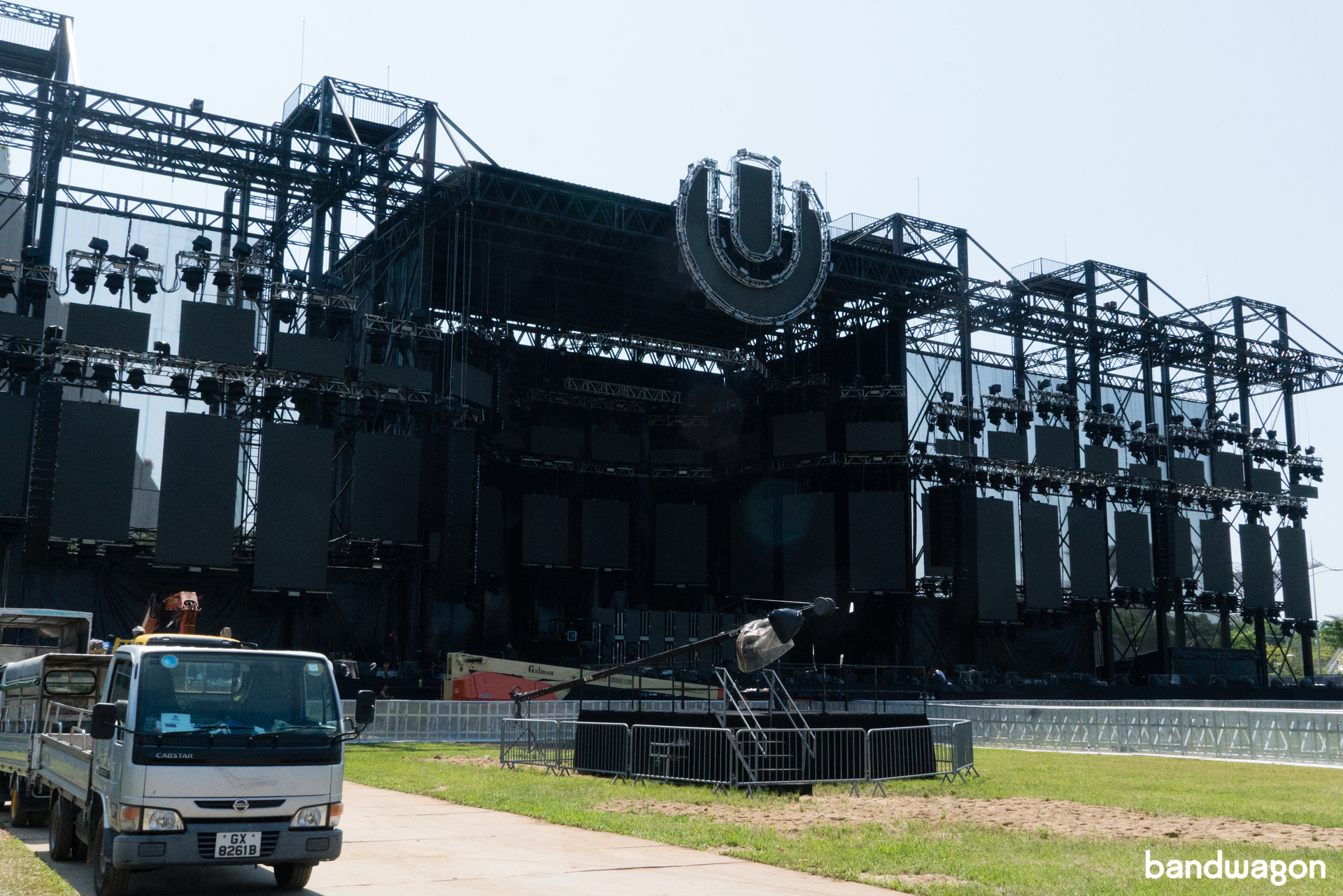 The stages themselves are worth noting. Take the Main Stage (above) for example – spanning a colossal 100 metres from end to end, it's the longest stage in Singapore right now. The gargantuan stage can hold up to a 100 tonnes, with the LED screens themselves taking up 70 of those tonnes. 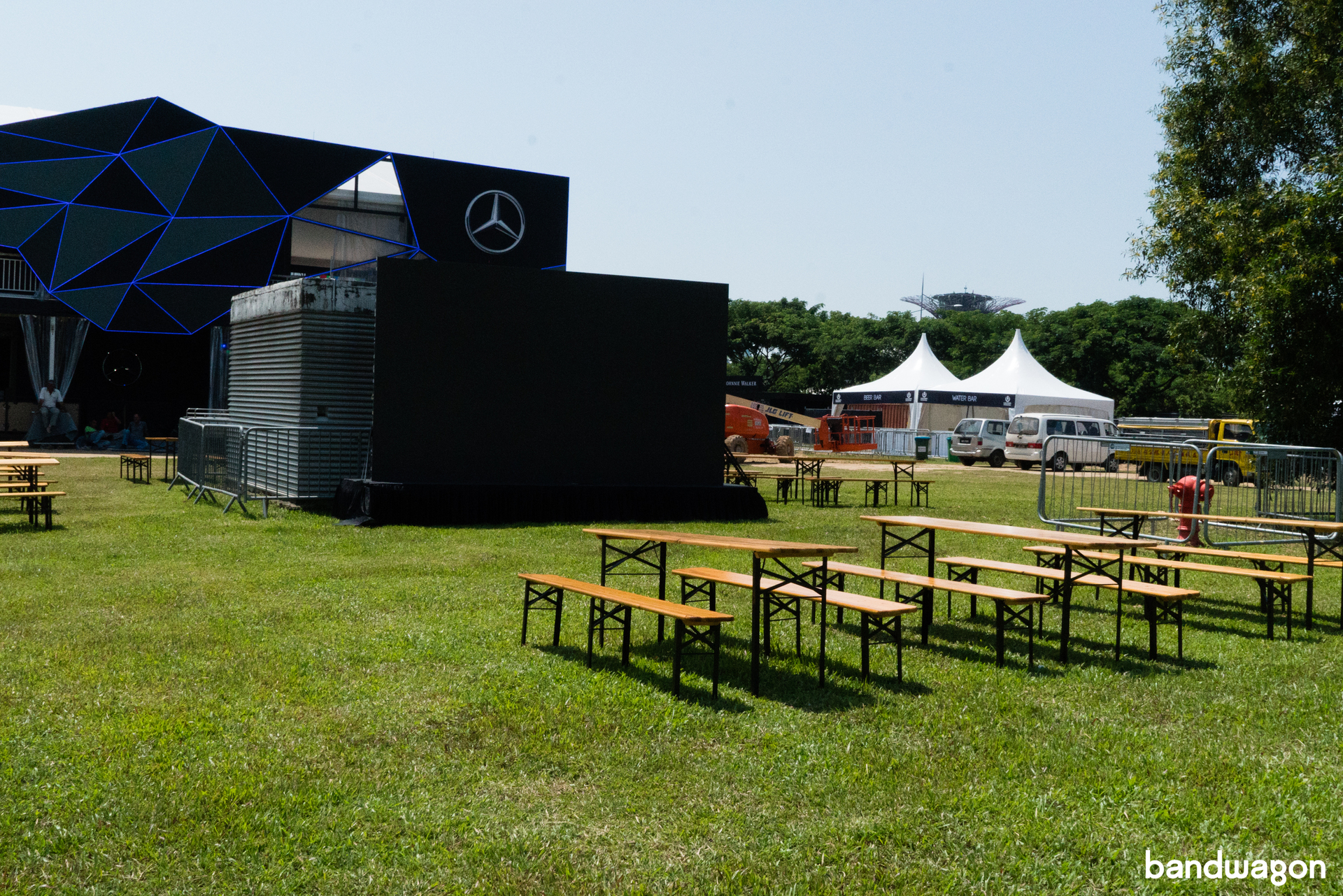 There’s also plenty of space for people to chill if they need some time away from the crowds and the claustrophobia – ample spaces (above) have been set up among booths selling drinks in between the Main and Resistance stages such that Ultranauts can take a breather between raving to their favourite EDM stars. Don't be afraid of missing anything - set up around the area are screens that will show the live feed being broadcasted from the Main Stage. People who want a full break from the musical aspect of the festival can also stop by the multitude of booths set up ranging from brands like Tiger beer, the official Ultra merch store, or even Ilao Ilao (to cool off in the rabid heat). 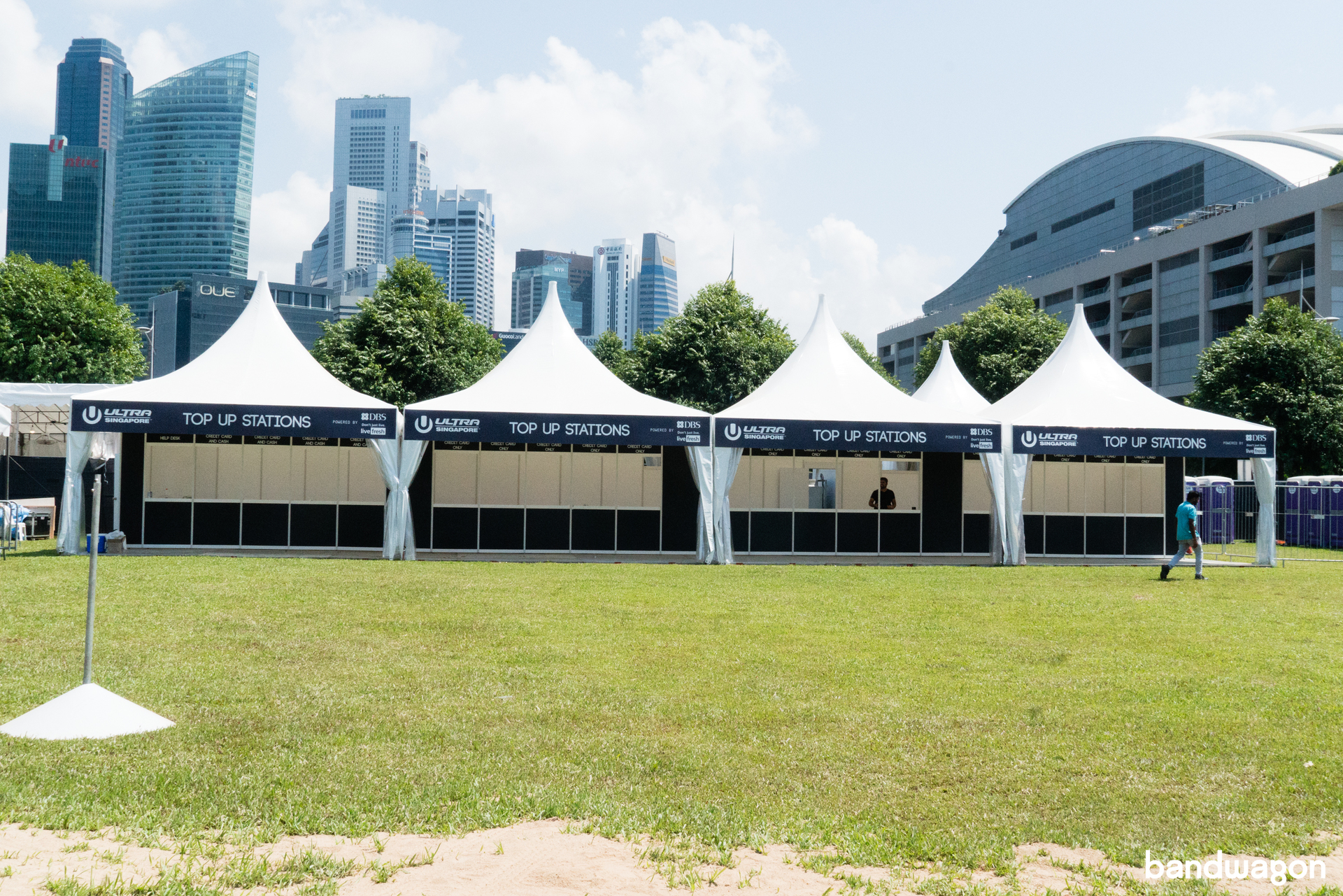 If you were one of the people disgruntled by long waiting times last year as Tom, Dick, and Harry took an hour to pay for their Ultra teeshirt, no worries – organizers this year have implemented a card blind RFID system (the chips of which can be found on wristbands) in which value can be stored (in booths like the one pictures above). After up-valuing your chip, you’re free to make easy purchases in the blink of eye, such that queues can move faster when you’re in desperate need of a cold one or a bite to eat. 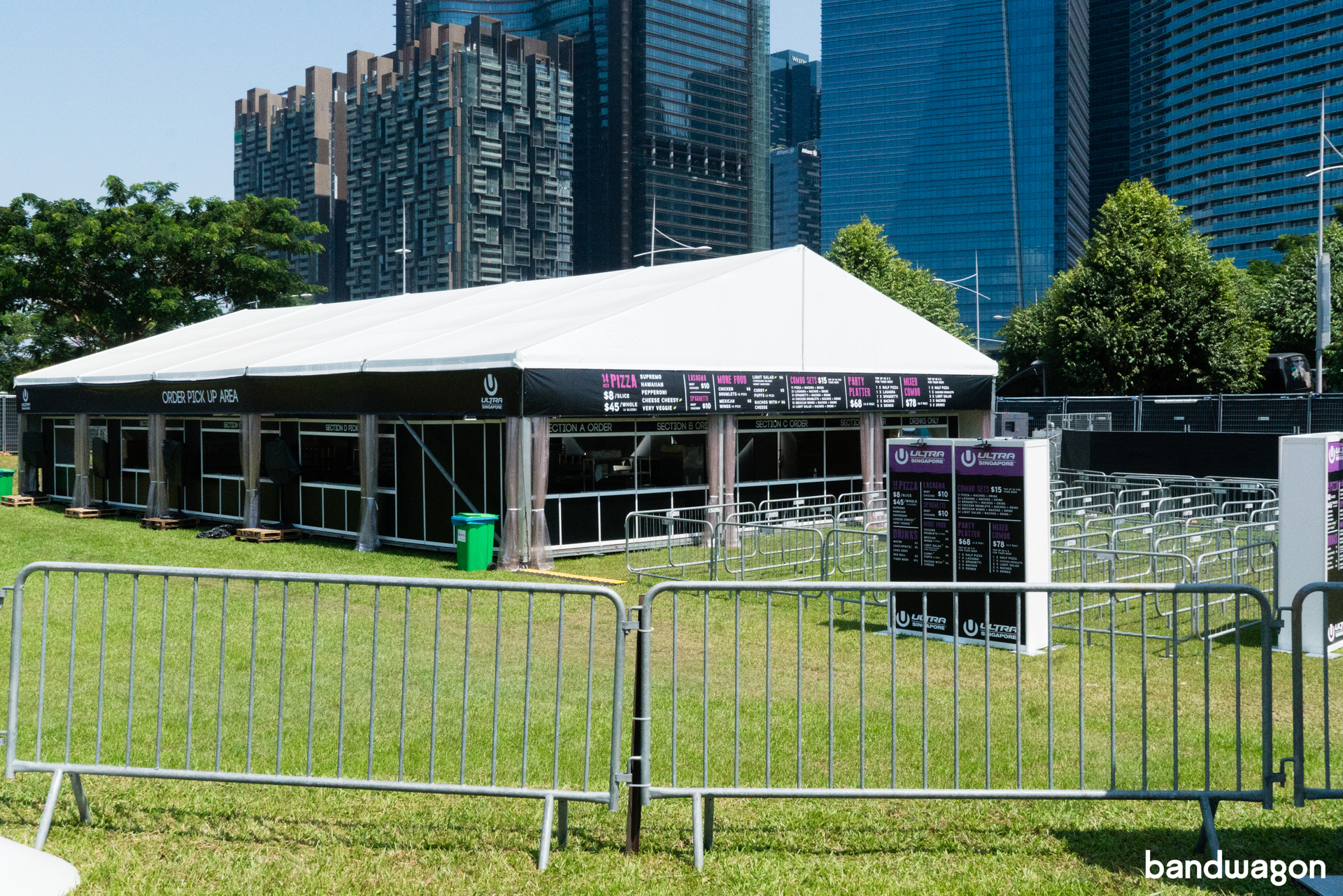 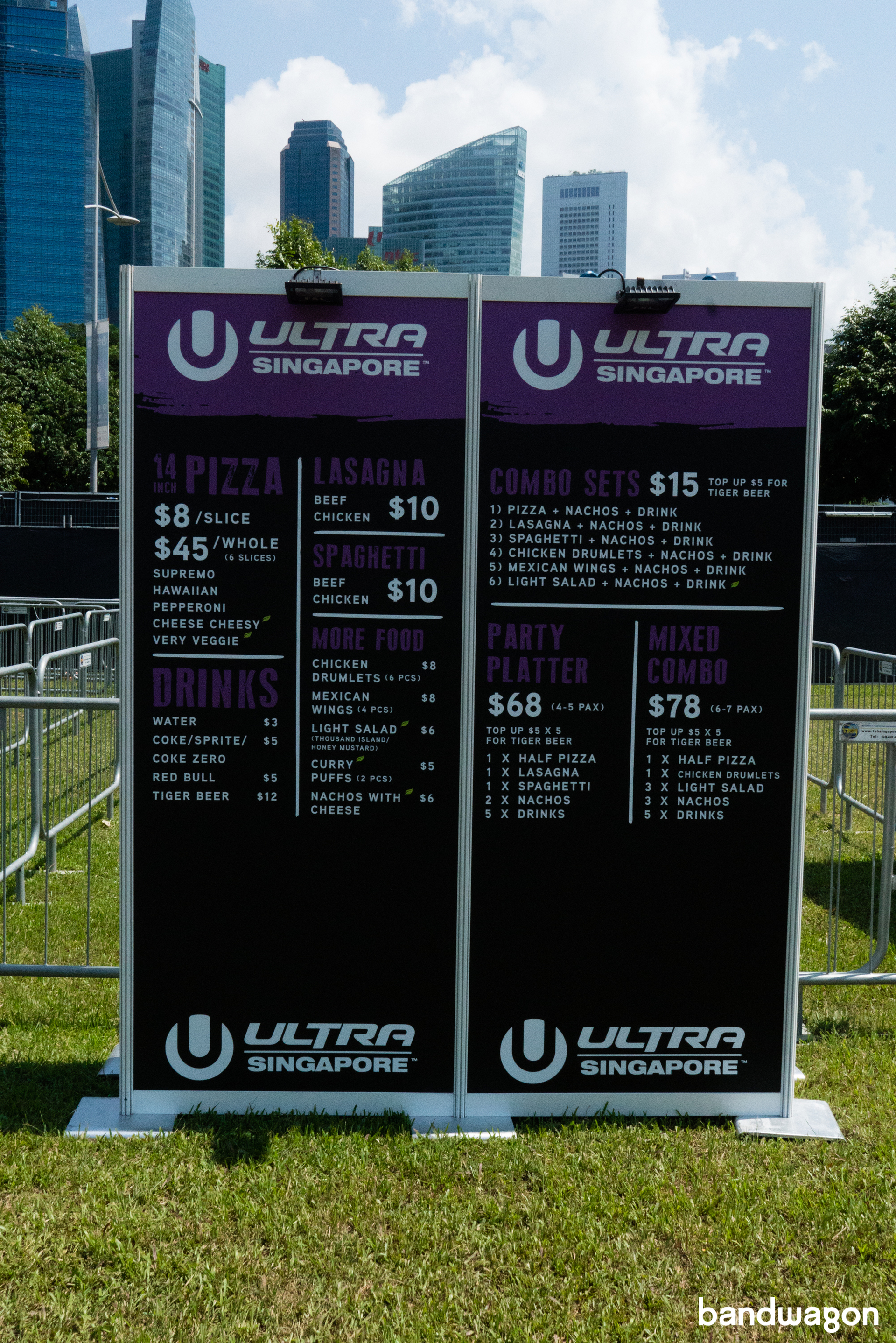 Speaking of food – after the chaos of long waiting times at last year’s chow halls, organizers have brought in a whole industrial kitchen (above) that’s wholly aimed at dishing out food as efficiently as possible, such that hungry Ultranauts are satiated quickly. Packaged for those who need more than just a piece of pizza, there’re a whole variety of food and drink that will give you a burst of energy to continue raving through the day. Check out the menu above. The above food hall is in the vicinity of the Live stage, and  is meant for Premium General Admission (PGA) ticket holders only.

As a treat to you for reading till the end: we managed to obtain exclusive footage of a never before seen sneak preview of the LED systems of the Main Stage being tested last night (08/06), which shows the lights in their full glory. Following that are more photos from the walkabout today (09/06). The video doesn’t have sound – so play your favourite KSHMR song and imagine yourself raving with the lights and sounds if you can’t wait. One more sleep to UMF Singapore 2017! 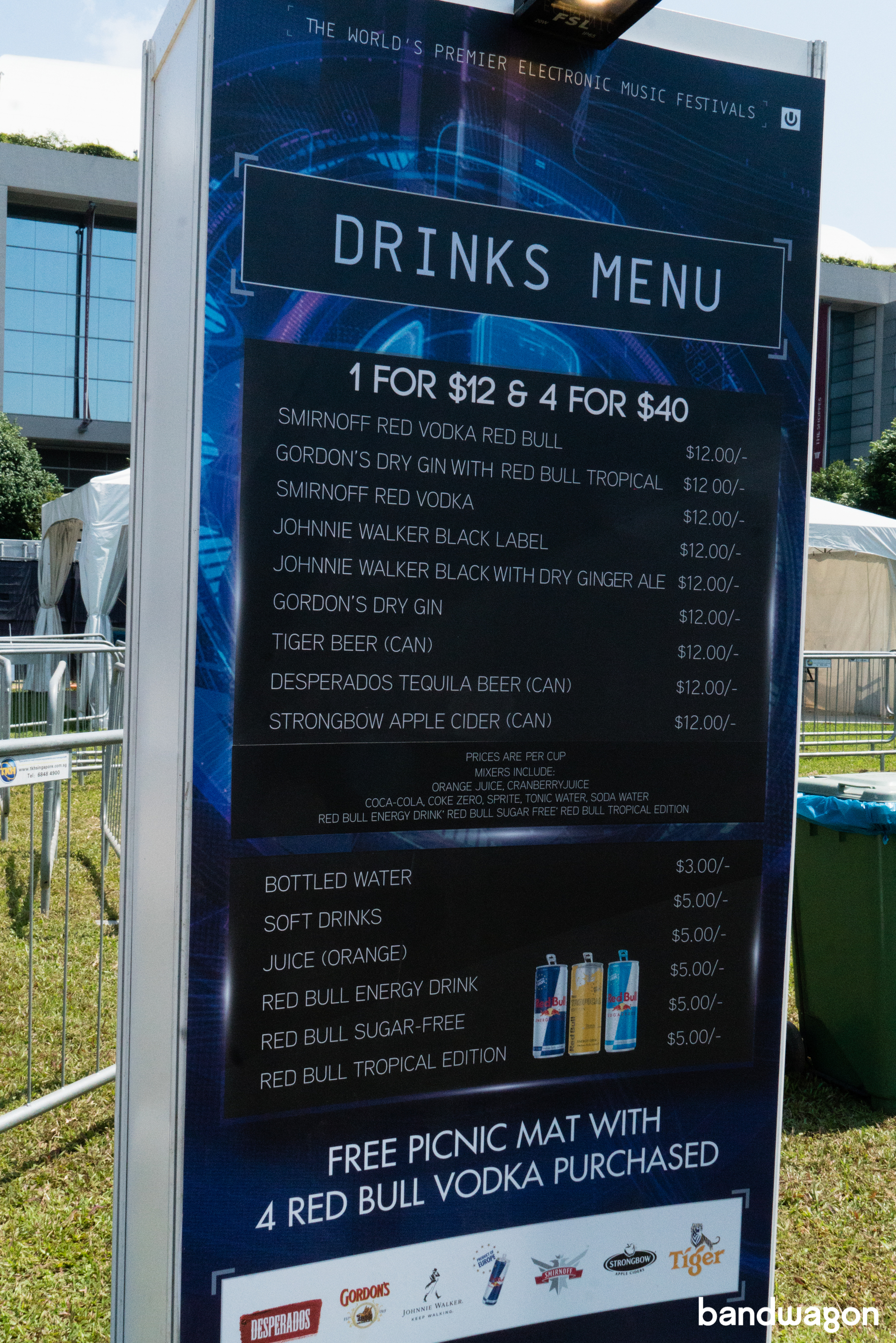 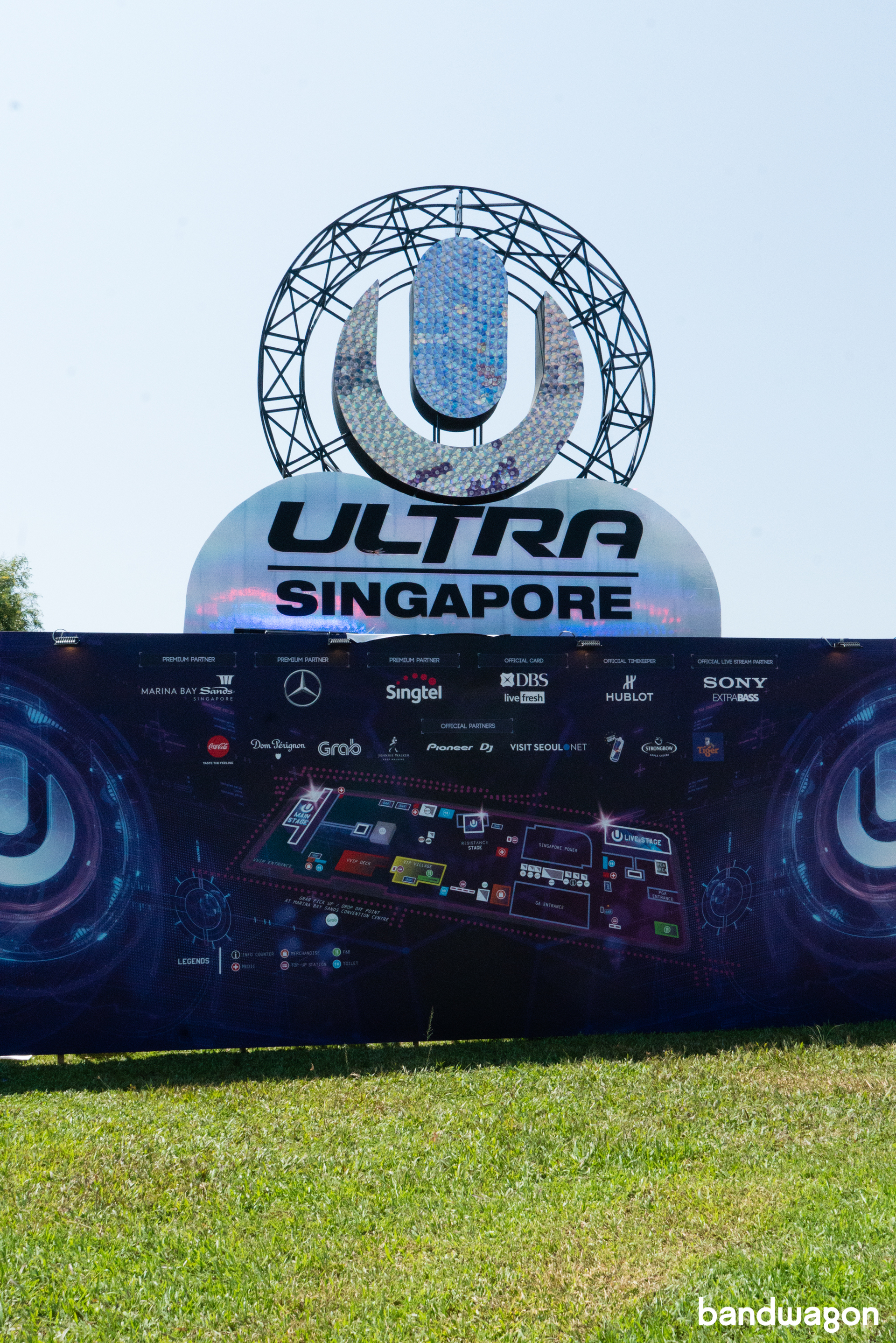 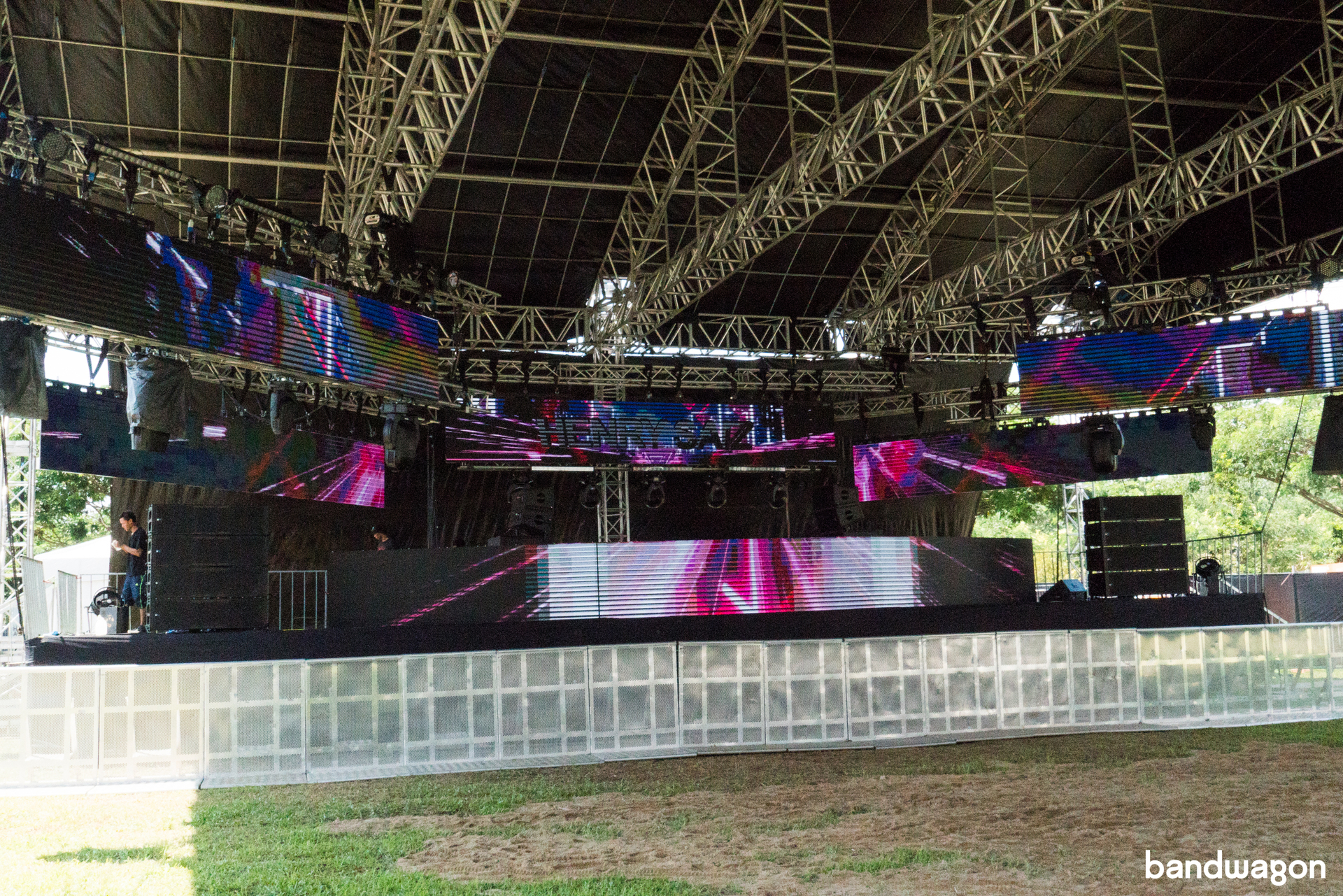 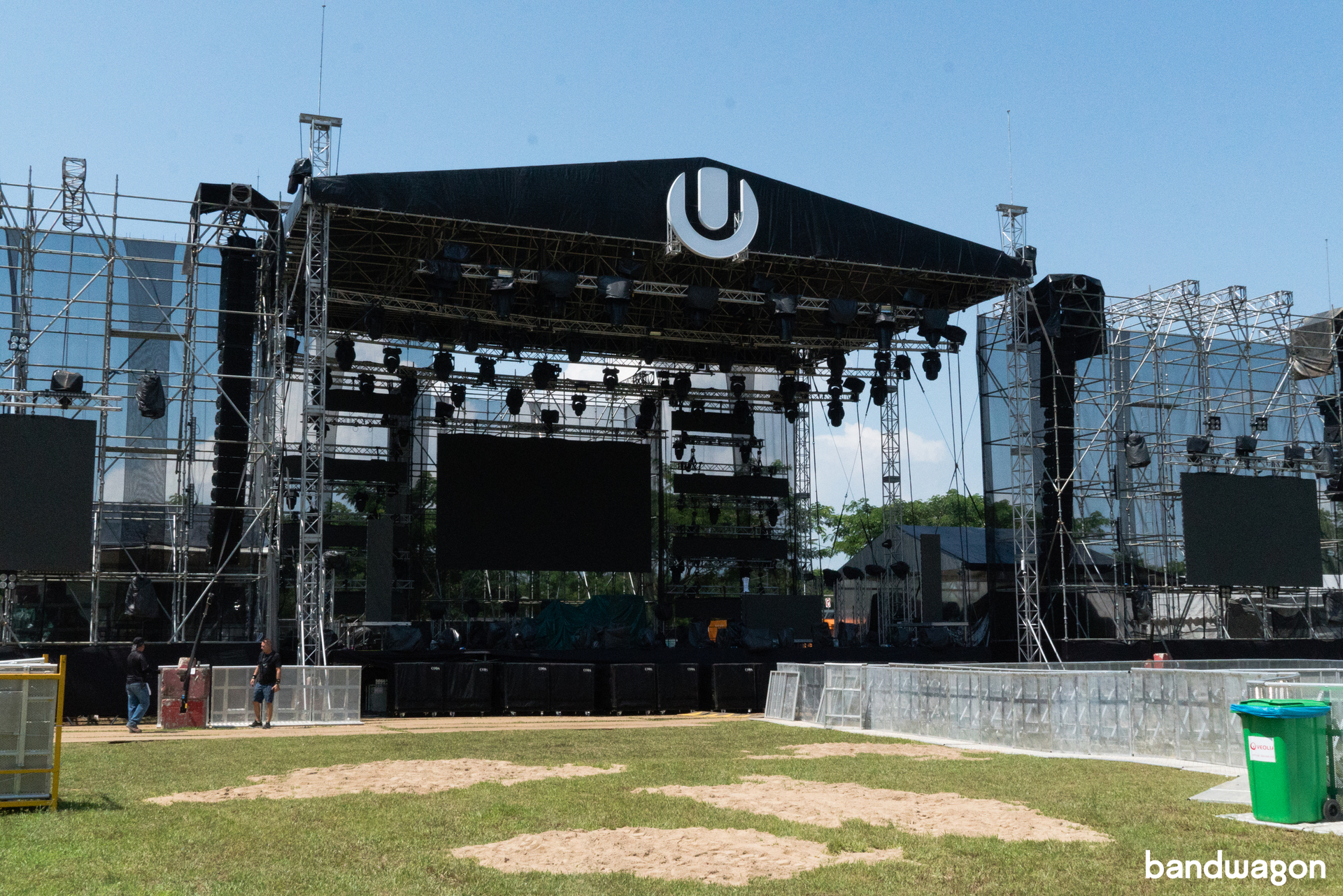 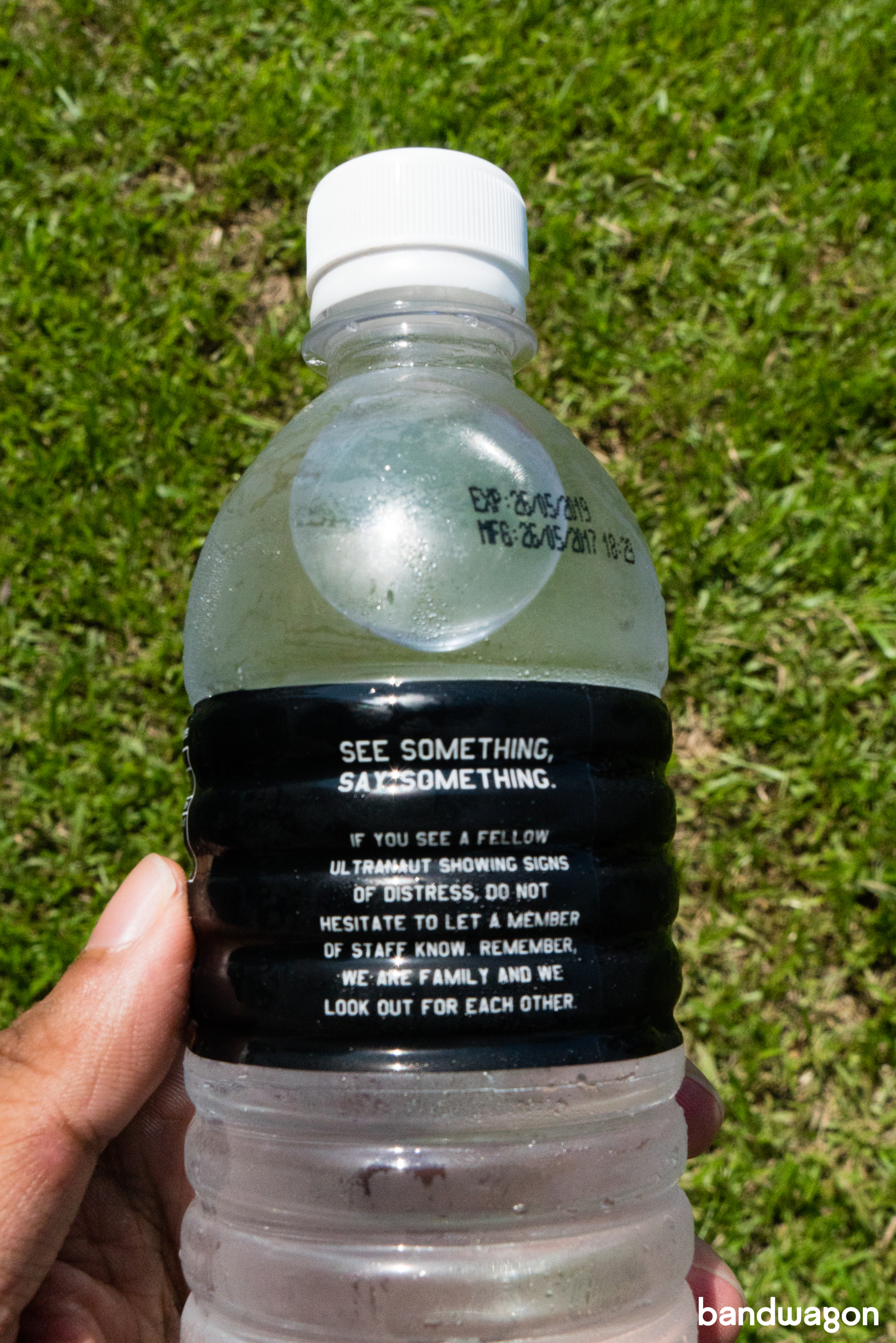 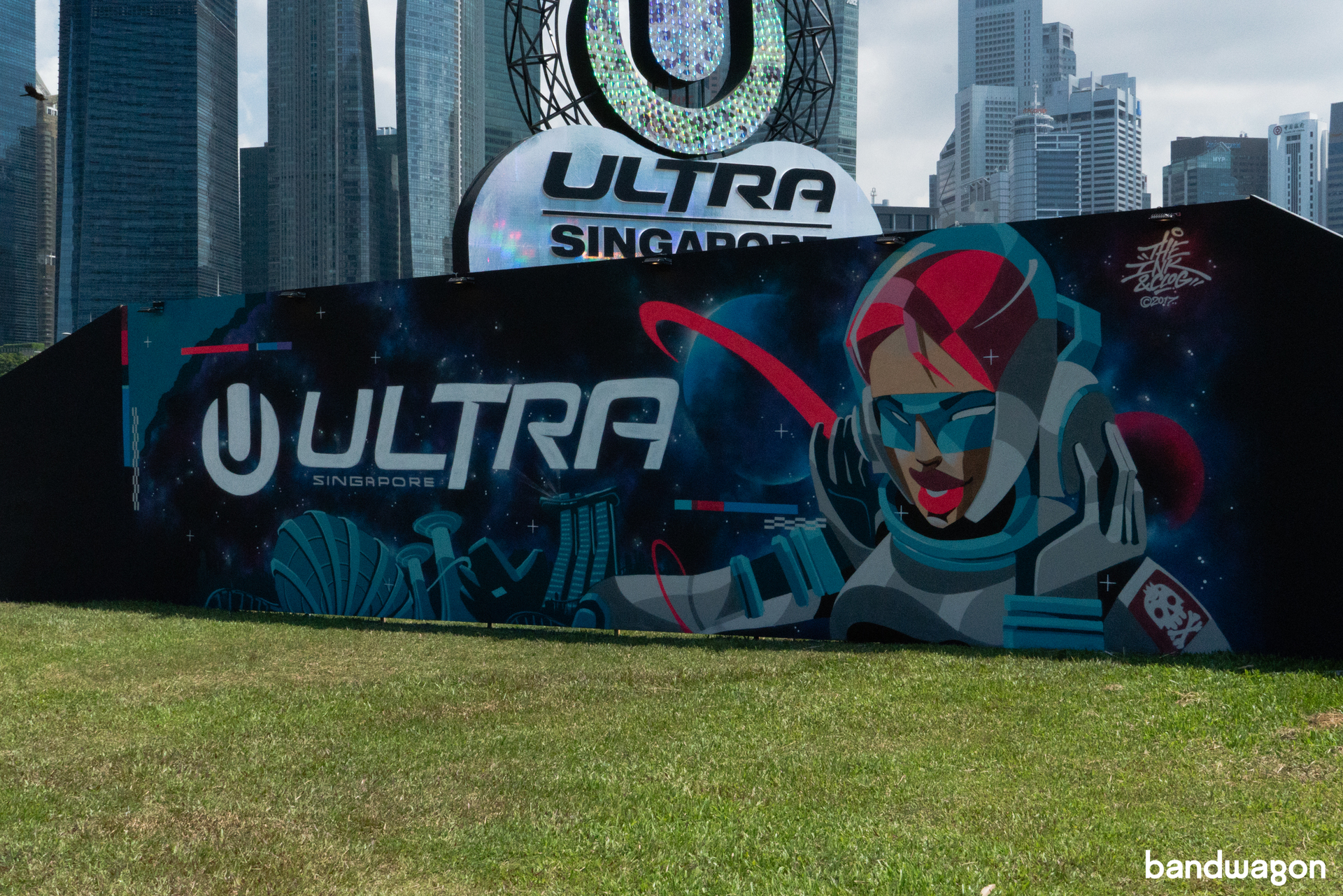