Despite the uncomfortable heat and humidity they were not accustomed to, it was no sweat at all for indie rock band Snow Patrol to put up a class-A performance. Exactly a month ago, they headlined Scotland’s T in the Park Festival and on August 6th, Singapore welcomed them with open arms for their very first sell-out show on our shores.

It’s hard not to fancy these lads hailing from Northern Ireland. Not only do they have an amazing sound, they’ve got showmanship I’ve never seen in any live concert before (trust me, I’ve seen tons of bands live). Their presence alone commanded absolute attention from the 7000-strong crowd who eagerly waited for the Grammy nominee band for an hour, to do what they do best: captivate everyone effortlessly. But, that isn’t exactly why Snow Patrol supersedes the showmanship scales. Vocalist Gary Lightbody is the reason why. 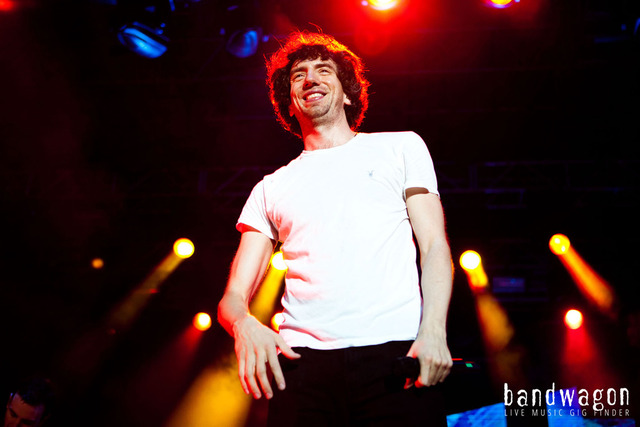 There’s something magical about him. It’s his earnest, distinct voice. It’s his tongue-in-cheek humor and wit.  The band kicked off with the electronic remix, ‘Berlin’, and smoothly transited to ‘Hands Open’. From the first note to the many subsequent notes after, Gary Lightbody did not fail to wow the crowd with his pitch-perfect vocal chops and extremely charming personality. Female fans, they appreciated this.

“I LOVE YOU,” the fans scream just before the first tune of ‘New York’.

“Why thank you! There’s nothing that says love more than screaming it out,” replies Gary coolly in between chuckles, which made everyone burst into laughter.

Certainly there was not a hint of disappointment in sight from start to end, what with the 5-piece band playing the golden set list, comprising of songs from their past albums and their latest one released in 2011, Fallen Empires.  I vividly recall myself having an epiphany midway through the chorus of ‘Crack The Shutters’, of why I love this band to the ends of the earth. It’s the poignant lyrics, the melodious tunes, the beautifully crafted pieces, the way their songs resonate with a wide spectrum of human emotions, be it happiness or sadness. Everything about Snow Patrol is stunning.

It was their performance of ‘Run’ that sealed the deal though. The crowd sang every word and every line with their heart and soul as Gary Lightbody looked upon from centre stage, and smiled widely to himself in awe. I wanted to make that moment go on forever (pun intended – song reference: ‘Make This Go On Forever’ and they sang that too). 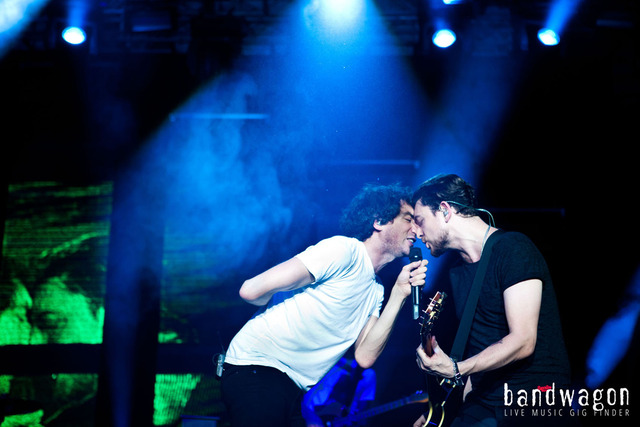 It was a nice surprise when Gary Lightbody injected his charm and appeal again to the crowd when the band performed ‘In The End’. He casually walked into the audience pit and began hi-fiving the fans and posing for pictures while still singing in absolute pitch. Before the band delved into their next hit, Gary cheekily said, “This song is dedicated to all those who did not touch my bottom when they had the chance to.”

Sixteen songs later, Snow Patrol closed off the show with two encores. One of them being, the meaningful single ‘Lifening’ which Gary Lightbody dedicated to his father as he does at every concert he sings that particular song at. The upbeat and dance-friendly ‘Just Say Yes’ ended the show on a high for everyone. Say “yes” to Snow Patrol, it’s the right thing to do.