A global movement that started off in London, Sofar Sounds – short for Songs from a Room – has invaded countless of living rooms around the world to showcase talented local artists. A rather unconventional way to hold a gig; the intimate setting (not more than 80 people on an average) assures that all focus is on the artist.

The acts performing are kept secret, all you have when you sign up at the Sofar Sounds website is an invitation to a gig with a single address. Turn up (don’t be late!) and it is only then you find out for yourself who is playing. It’s all so hush hush with an element of suspense. 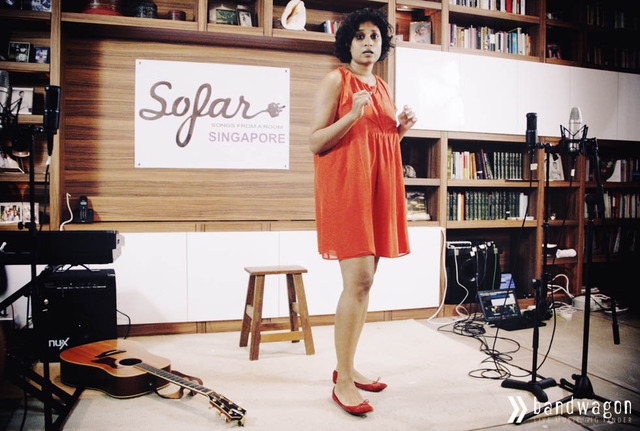 All genres are welcome – indie, folk, spoken word, even metal – albeit having to perform an acoustic, stripped down set. There are some ground rules however: no one is allowed to speak or fiddle with telephonic devices during performances. Respect for the artist is imperative at a Sofar Sounds session.

We were pretty chuffed to be invited to the first ever session in Singapore (or even Asia) last Saturday. The secret nature of the gigs was rather thrilling, as we’re usually more accustomed to publicising events. Having to navigate unchartered neighbourhoods until we found the location was rewarded when we saw who was on the bill that night - not one but three acts. Plus it was a really nice house too. 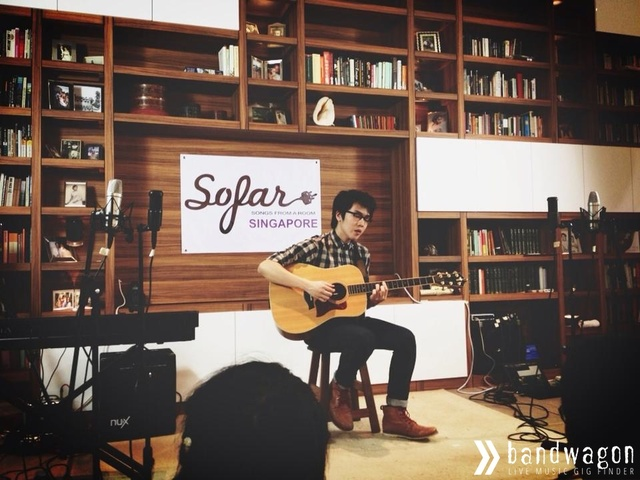 First up was Charlie Lim, who was nervous to be performing to probably the smallest crowd he has ever played for. We don’t blame him, with the cameras and lights trained on him, the number of eyes fixed on him, absolute silence when he sings; it is a truly nerve-wracking thing. Still, this pro breezed through with his tunes, singing favourites like “Bitter” and “Pedestal” and throwing in never-performed-solo ones which he gave a lovely, pensive twist to. Throw in his brand of awkward (but endearing) humour and he had the living room and all of its contents charmed. 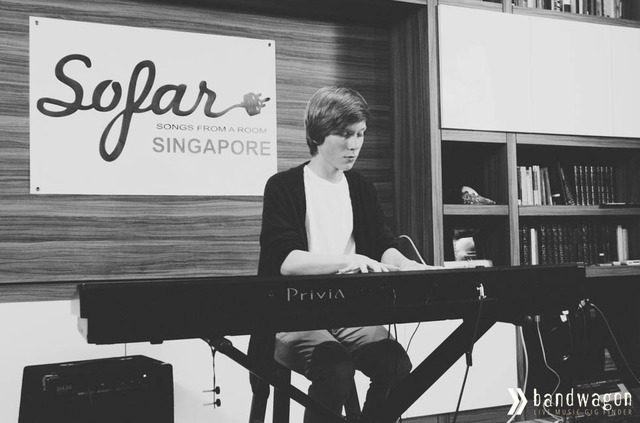 You don’t have to ask for absolute quiet when Chris Jones/These Brittle Bones plays because that’s just what happens the moment he starts on the piano. We saw many in a daze and a few others just contentedly still while watching him perform. Small, intimate spaces suit his brand of music perfectly as he takes us to all the places and stories behind his songs. No one expected to be mesmerized and speechless during his set. The closer, a new song “Bloom” was a favourite that night and he revealed that he was playing around with different styles for his album. Needless to say, we will be waiting, Chris Jones. 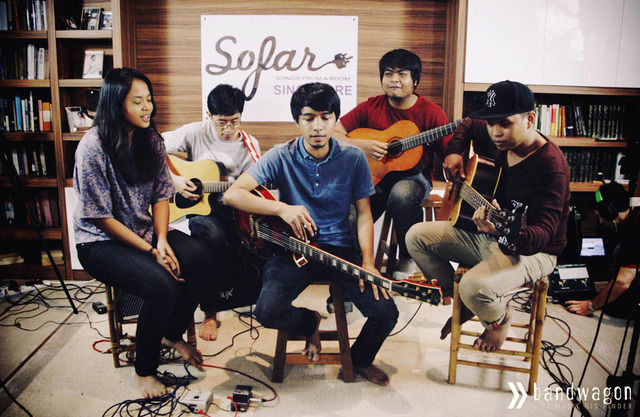 We have always enjoyed watching ANECHOIS - not bragging but we’ve seen them quite a lot - with a full band set up, with green tea shakers, acoustic sets, in the middle of department stores, and soon in Manila but here we are, sitting the closest we have been to the band and also feeling nervous. With three guitars (two acoustic, one electric), an acoustic bass and a heck lot of harmonies, this was easily one of our favourite sets by this post-progressive rock band. ANECHOIS excels in acoustic sets – producing a whole different experience from their fully electric set-up. It’s a more delicate and personal encounter with the band, with emotionally laden vocals taking over their usual intricate instrumentations.

The first Sofar Sounds sessions was a delicious aural treat for us and we’re definitely keeping tabs on the next one. You should too, we’re serious. Sign up here and be notified about the next session!