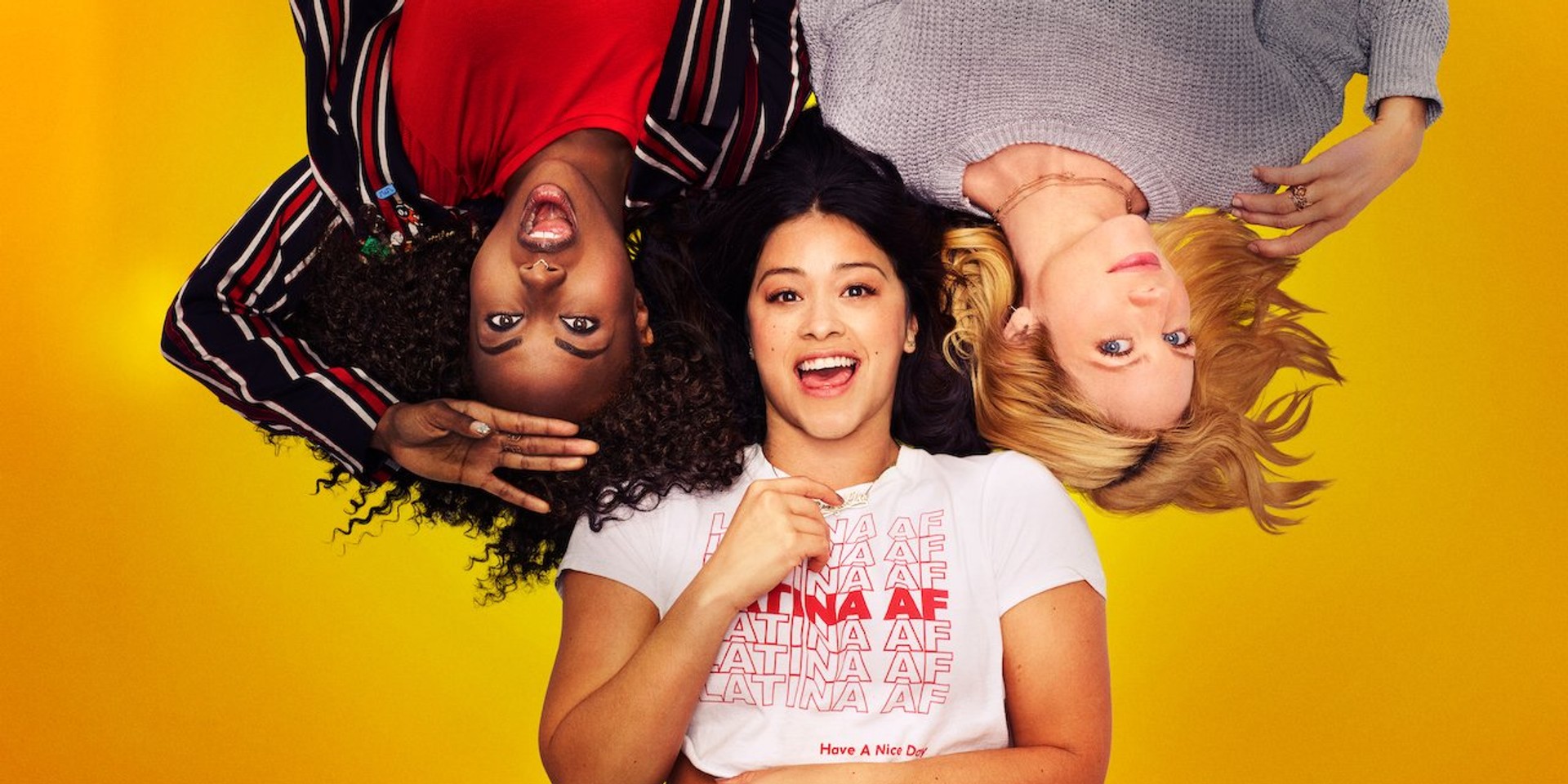 For a real sob fest, we highly recommend you go back to the very, very beginning. At the opening credits, 'Int'l Players Anthem (I Choose You)' fills your ears and if you pay enough attention, you'd know that nope, you're not the chosen one. You're not that "cutie-pie with whom he wants to be."

Fast-forward to a few minutes later and we find out that the cute couple (who seems to have pretty cool taste in music, if we may add) has broken up.  The moment we see Jenny in that dank subway station, we get it. We were her at least once: rain-drenched hair, smeared eyeliner, talking to a stranger about how they were idiots, how love is a lie and how he didn't want to do long-distance even with FaceTime and all the high-speed Internet because he didn't. Even. Want. To. Try.

'Someone Great' is not something new on our lists. But Netflix's April 2019 offering continues to resonate with a lot of ladies who have seen the face of heartbreak, no matter the time of year. Only in this particular month, and on this particular day, the stories, the lines, the themes, and the scenes all weave together into what seems to be a comfort blanket for women who are single and unattached. It is Valentines' Day, after all.

Like that stupid feeling of you wanting to stalk your ex (and maybe his new girl, too), the music in this movie just cannot be ignored. Music in 'Someone Great' seeps deep into the storyline: Jenny is a music writer. She makes anniversary playlists. She even "quotes *NSYNC." She and her friends go to Neon Classic, a music festival.  And then, there's the soundtrack, carefully curated for sure. What makes the OST even more awesome, though, is the way the songs were used. As 'Supercut' played while we watched, well, a literal supercut, we were hooked. (We also played little, hazy supercuts of our own in our heads. Thanks, Lorde.)

The rest of the tracks are laid out to let us appreciate the little moments in the movie even more, although the main source of the appreciation comes from the fact that some of these scenes are so very relatable to us. We can totally see ourselves singing along to Lizzo's 'Truth Hurts' in our kitchens, suddenly remembering a party (full of strong, prolonged eye contact, maybe) when Vampire Weekend's 'Mansard Roof' blasts on our Spotify, and feeling all giddy-witty-sexy as we bop and bump to Twin Shadow and HAIM's  'Saturdays.' We all have our own versions of 'The Jump Off' and 'Karaoke'—those girl-friend jams you all put on while prepping ready to go out (hell, we're pretty sure we all have a 'Bitches and Bangers' playlist hidden off somewhere).

And we definitely have at least one 'Dreaming of You' moment. C'mon. We know we do.

There are also songs from the movie that you'd probably listen to as you look back on your own romantic relationships. Mitski's 'Your Best American Girl' made that make-up (and make-out) scene more poignant and bittersweet, but it is also the perfect reminder of that time when you knew that there was something wrong, something missing in your relationship; that it was the beginning of an end. Jessie Reyez crooning "What is life? What is love?" right after that very silent, very heart-wrenching breakup is the exhale you wish you had when you ended things with that guy. But when she finally sang "Everything is nothing without you," you also remember that look on his face and you just know that there's no point in fighting for it anymore...even when you still wanted to. Ryn Weaver's 'Reasons Not to Die' made quite an impact on Jenny's final trip down memory lane, but it can very much be the song we put on as we mull over not just the relationships we've had, but the lives we've led.

Most of the songs in 'Someone Great' make us "feel feelings like a motherf*cking Pixar movie," but there are also those that were played faintly in the background while some of the scenes were unfolding: 'Deeper' by Saint Cava,  'Should I' by Phoebe Ryan, 'Missin U' by Robyn, 'Do You Think About Me' by Captain Cuts and Zookëper, among many other beautiful tracks. These tunes that serve as great support to the feel and the plot of the film remind us of Erin and Blair, and their characters’ stories. We're not just talking about the friendship that they offer, but also the fact that 'Someone Great' isn't just about accepting the dramatic end of a nine-year relationship. It is also about accepting that a "routinic" relationship is no longer working. It's about accepting that rejection is inevitable, but so is falling in love. It's about accepting that things change and that's okay. You'll be okay.

The film is lauded because it highlights women empowerment. For us, it is a revelation of how we actually have the power of choice. Jenny chose to follow her dreams. Erin chose to fully open her heart and commit. Blair chose to be bad for the night (and that is 100% okay)! The original soundtrack is true to this message, too. By choosing particular types of songs for a movie that speaks volumes about women making their own decisions, we understand that we have the power to choose how we truly see and honestly perceive ourselves as individuals—as someone great—not just Valentines' Day, but every day.

Tonight, though, we hope you choose to go out there with some of your favorite girls. Because while you wait for someone to hold your hand as the Frank Ocean version of 'Moon River' plays in your head, it would be nice to listen to Starley's 'Call On Me' with your best gals' arms around your shoulders.