Surveillance, such a grey area. Most of us know of it as cameras, cameras everywhere, we've learnt about it in schools (if you had 1984 as a set text), and even experienced it growing up with super Asian parents. But really, it doesn't faze us does it? We sort of already know we're being watched all the time. Now, try thinking about it in a larger, much, much larger scale.

The latest on Edward Snowden, is that his search to find refuge from prosecution is looking very dismal as country after country are rejecting the US whistleblower's requests to seek political asylum. As it stands, Snowden has sought political asylum from 21 countries is now hiding out in Moscow.

Who is Edward Snowden? This guy: 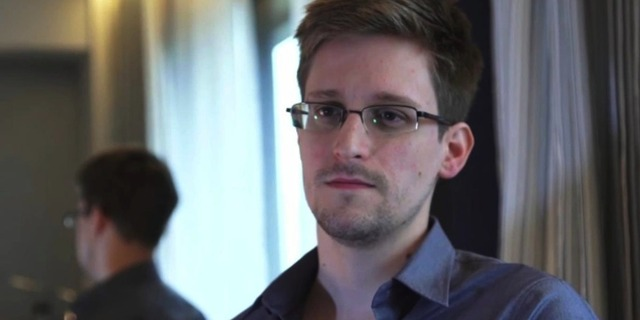 Snowden is a computer analyst whistleblower who provided the Guardian with top-secret NSA documents leading to revelations about US surveillance on phone and internet communications. Why this is important is that while the information is about the US, the internet in every respect is a global phenomenon, not just an American one. Also, the information that the NSA is capturing does not belong entirely to the agency or the US, that is why the whole is concerned about this precious tidbit that Snowden has acquired.

While he has been clear that he leaked his information in order to inform the world of the unprecedented and industrial scale of NSA secret data trawling, he is being accused of being a 'spy' or damaging the US, its interests and citizens. Some bad press there, dude. He was only trying to tell the truth. Tough love.

As we follow closely on the events to come regarding Snowden and his political asylum status, we've compiled a list of songs for Edward Snowden. Hopefully his application to belong somewhere, anywhere is successful soon. For now, enjoy these tunes Mr. Snowden:

2+2=5 | Radiohead
Title of the song is a symbol of unreality in Orwell's dystopian novel Nineteen Eighty-Four.

Every Breath You Take | The Police
Every step you take, I'LL BE WATCHING YOU.

I'm Looking Through You | The Beatles
I'm looking through you / Where did you go?

Whistle | Flo Rida
Because whistleblower, get it?!

Mos Def | Fear Not Of Man
You got a lot of socities and governments / tryin to be God, wishin that they were God /
They wanna create satellites and cameras everywhere / and make you think they got the all-seein eye

Give Me Some Truth | John Lennon
I've had enough of reading things / By neurotic, psychotic, pig-headed politicians / All I want is the truth / Just gimme some truth