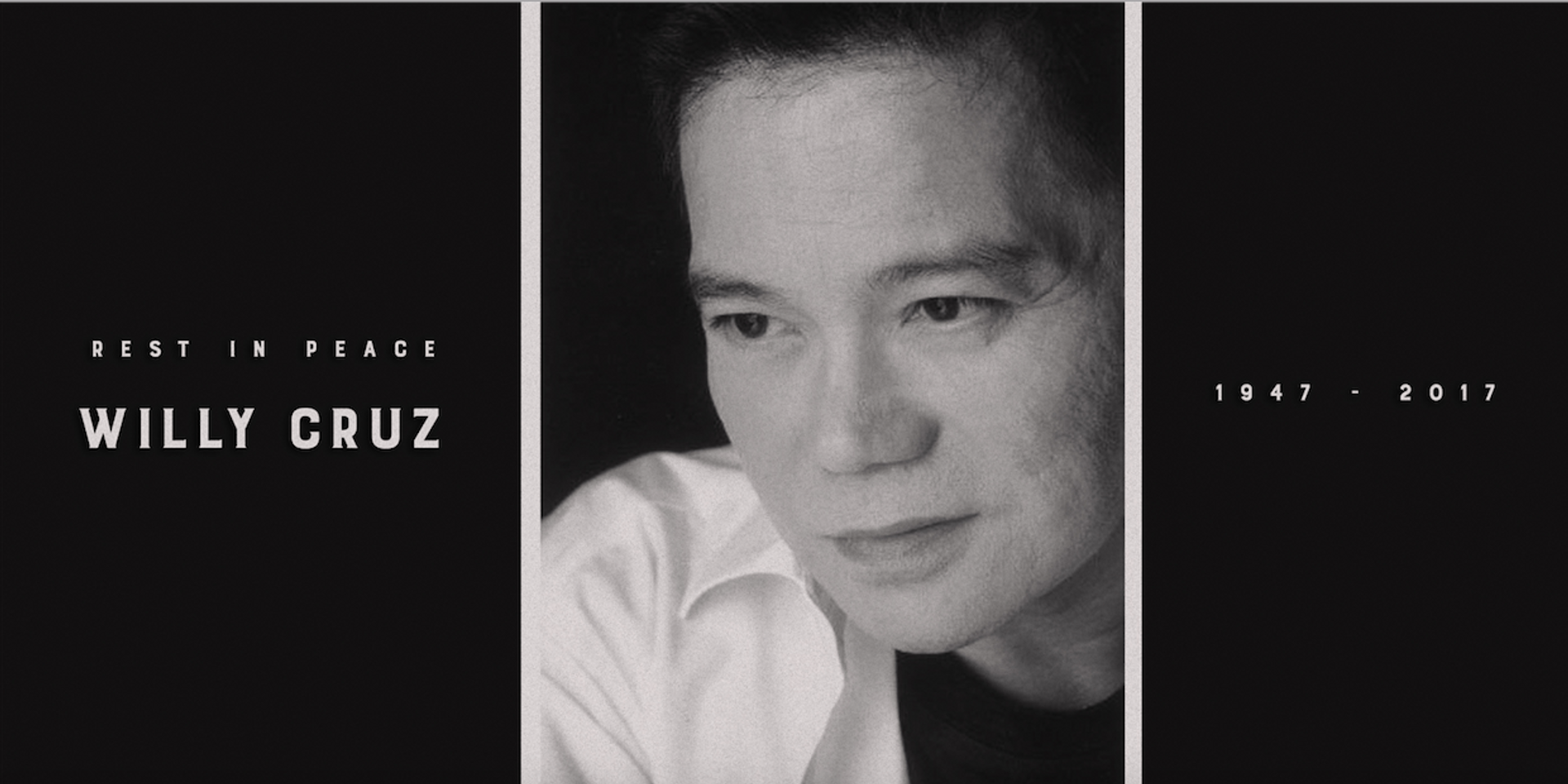 Renowned Filipino songwriter Wilfredo "Willy" Buencamino Cruz passed away early morning of April 17th, at St. Luke's Medical Center at the age of 70. In an exchange with Rappler and ABS-CBN respectively, Cruz's niece Cheska Africa confirmed that the composer died due to heart failure and kidney problems, and his sister Magdalena Africa said he had passed away after one week of being in a coma following a stroke.

Cruz was responsible for hits such as "Bituing Walang Ningning" and "Sana'y Wala Nang Wakas" popularized by Sharon Cuneta, and "Kahit Na" popularized by Zsa Zsa Padilla, among others.

Following news of his death, many Filipino artists and musicians took to social media to mourn his passing and celebrate his body of work, including Sharon Cuneta, Lea Salonga, Jim Paredes, and Regine Velasquez.

Rest in God's loving arms, Willy Cruz. You have left such a legacy of amazing music to remember you by.

My friend and mentor Willy Cruz passed away at 1AM this morning. Such sad news. May you have peace in God's loving arms.

His remains will be available for viewing at his wake beginning April 18 at the Presidential Chapel of the Loyola Memorial Chapels in Guadalupe.