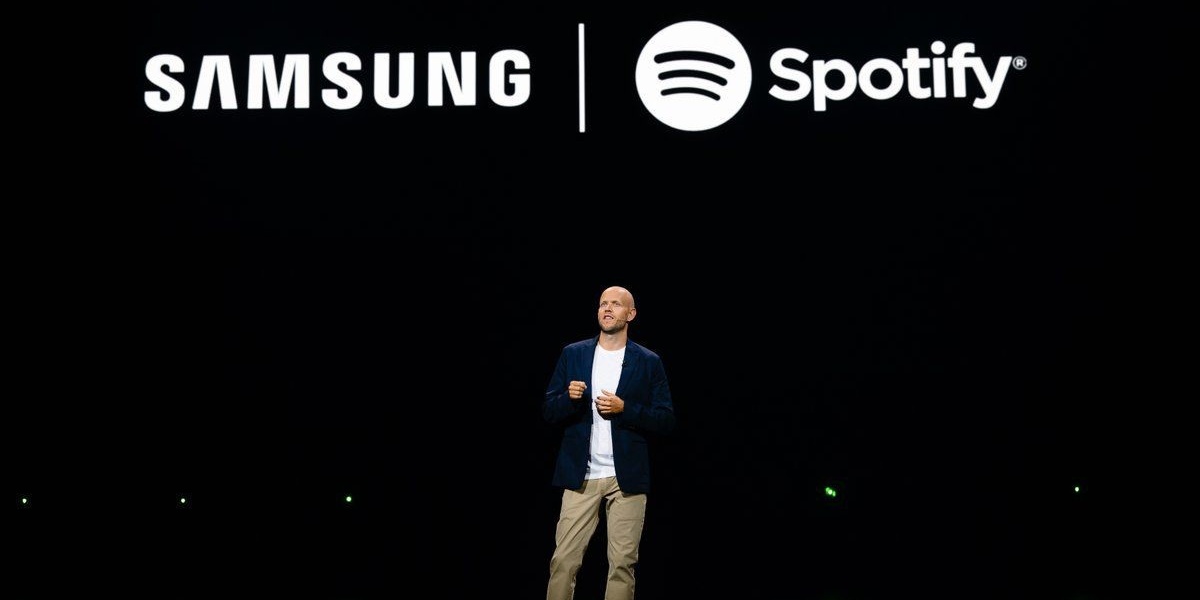 There's a new collaboration in the works.

Early Friday morning, Spotify co-founder and CEO Daniel Ek (pictured) revealed through an online Q&A session that the music streaming service is partnering with smart-phone makers Samsung to "create a seamless music listening experience together for the user that would be hard for either of us to build alone".

The streaming service will now be integrated into future Samsung phones, and will be the brand's main music player app. Another feature that will be available will be the synchronizing of Spotify accounts across multiple Samsung devices, from phones to TVs, tablets, speakers and watches. Ek commented on the feature, saying, "As you move from room to room, your devices will be aware of your location and prompt you to effortlessly transition your listening between them".

Ek further went on to comment on Spotify's integration with Samsung, revealing that the partnership will also work with Bixby, Samsung's voice assistant. "Spotify is excited to be even more deeply integrated with Bixby, Samsung's premier voice solution, and serve as the only music service to be fully integrated with Samsung Music. When a user asks Bixby for music, Bixby will look to Spotify—even if that user has never used Spotify before—allowing listeners to receive recommendations from Spotify, discover new playlists, and create new musical experiences".

The Spotify-Samsung partnership will also benefit musicians, according to Ek, who said "Of course, it will also help artists reach new fans. Our goal has always been to make music accessible to everyone by giving a million creative artists the opportunity to live off their art and billions of fans the opportunity to enjoy and be inspired by it".

A date for the global roll-out of the integration has yet to be announced, although signs point to its debut with the release of the upcoming Samsung Galaxy Note9 on August 24.