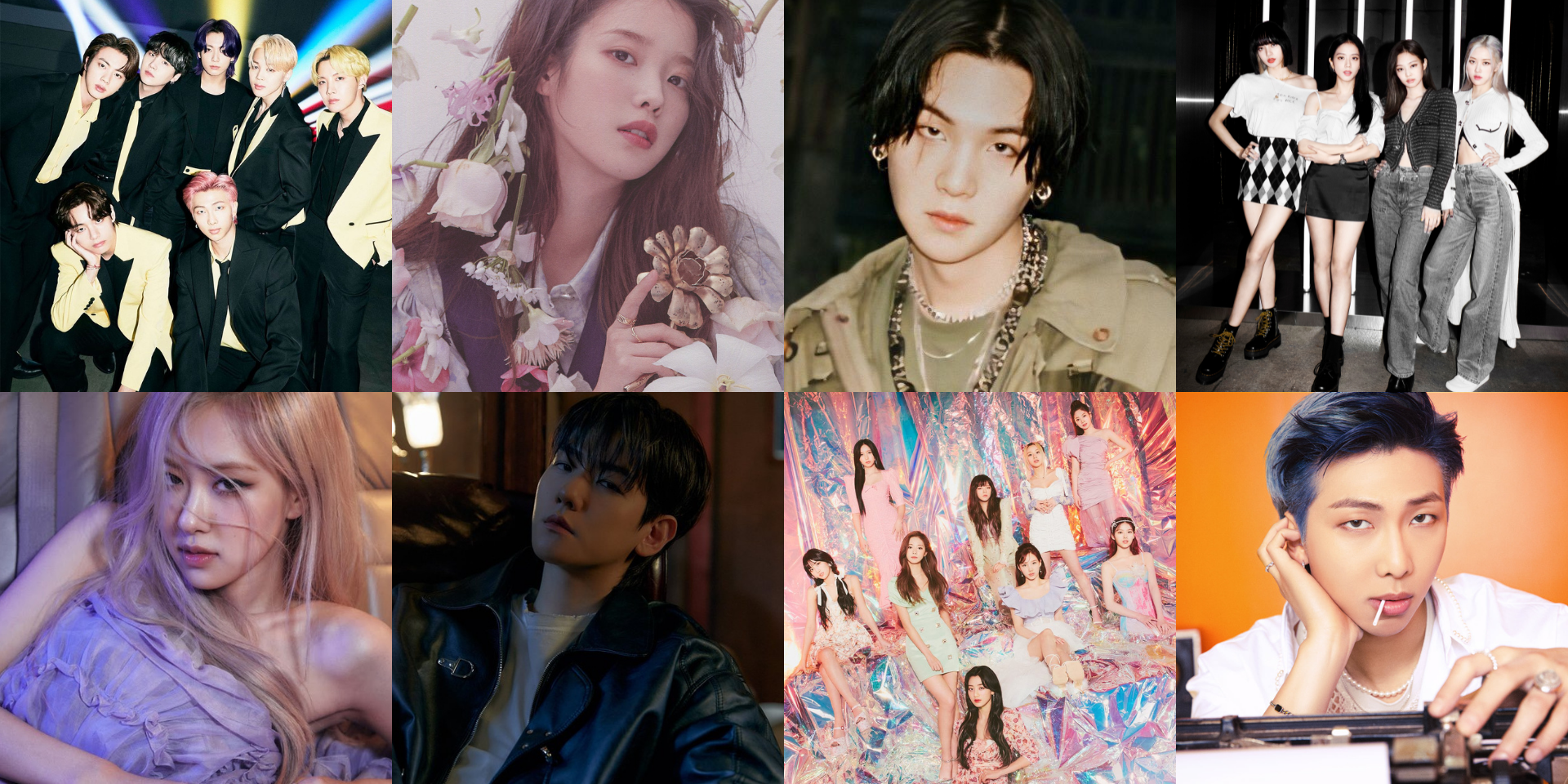 Have you checked your 2021 Spotify Wrapped roundup?

Chances are, you'll have a K-pop song or two (or an entire album) on your year-end lists. This year, Spotify reveals which K-pop artists, songs, and albums were the most listened to.

From two-time GRAMMY-nominated act BTS to TWICE, whose first English single 'The Feels' recently broke into the Billboard Hot 100 chart, BLACKPINK who turned 5 this year, plus the likes of IU, ROSÉ, EXO's Baehyun, SUGA's alter-ego, Agust D, and RM, K-pop has had quite the year.

Powerhouse act BTS reigned over this year's Spotify charts, being this year's Top K-pop Artist and Top K-pop Group. The group also have the four top-most streamed K-pop song of the year, starting with their GRAMMY-nominated hit 'Butter' followed by 'Dynamite', 'Permission To Dance', and 'Life Goes On'.

Joining BTS as the Top K-pop Artist of 2021 are BLACKPINK, TWICE, Stray Kids, and TOMORROW X TOGETHER (TXT) – all of whom also make up the Top 5 K-pop groups of the year. In addition to BTS, BLACKPINK also comprises a lot of this year's Top K-pop Songs of 2021 including 'How You Like That', 'Ice Cream', 'Lovesick Girls', and 'Pretty Savage'. BLACKPINK members ROSÉ and LISA's solo tracks also make up top 20 of this year's list.