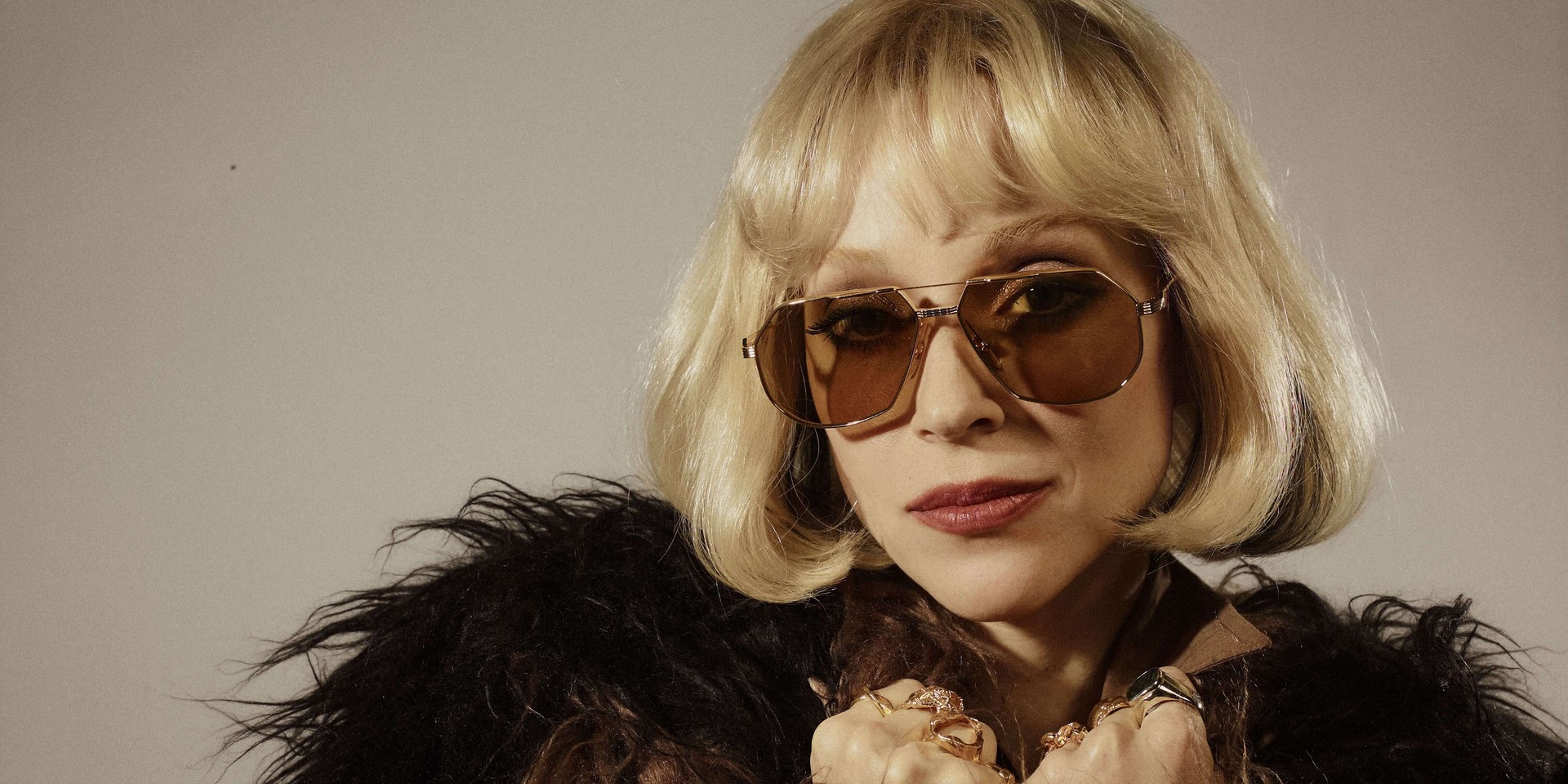 St. Vincent is no stranger to reinventing the self. Trading the glossy art pop aesthetics of 2017’s MASSEDUCTION for Wurlitzers and sleazy funk grooves, her latest record Daddy’s Home proves that the musician is ever the musical shapeshifter. Borrowing Bowie-esque kitsch and the sounds of early ’70s New York City, the singer-songwriter—whose real name is Annie Clark—becomes a time traveller, transforming into the Cassavetes heroine that she sings of in ‘The Laughing Man’. 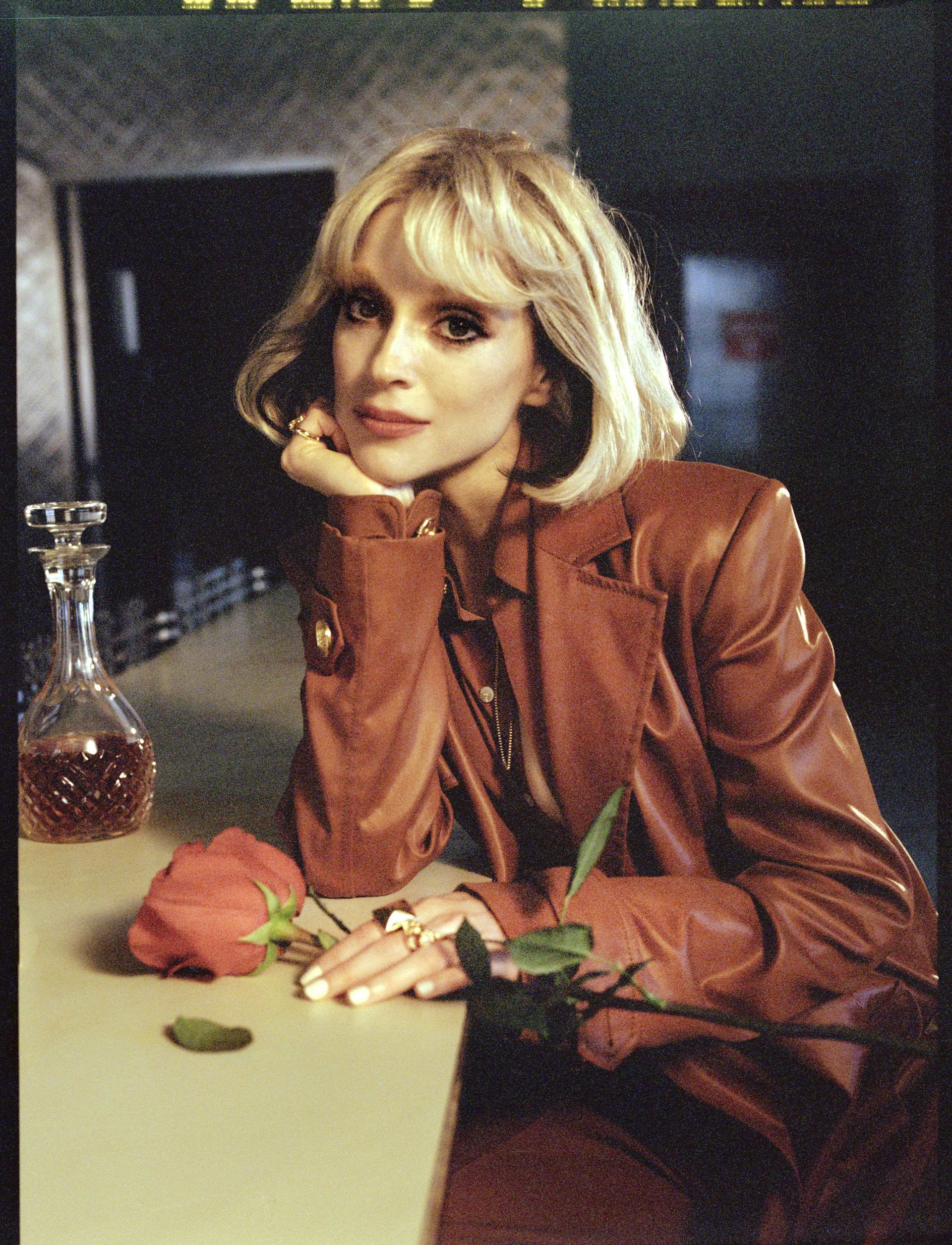 While Daddy’s Home seems to be suspended in a specific moment in time—almost as if in a fictionalised version of New York City that Clark has dreamed up—it's also grounded in a deeply personal, even jarring reality. Underneath its camp lies an emotional narrative that the musician has never fully explored until now. The titular “Daddy” is Clark’s father, who was released from prison in 2019 after being convicted for fraud, and his homecoming serves as the album’s thematic core.

Using one’s trauma to tell a story has been part of the artist’s toolbox since time immemorial, but Clark doesn’t ask for pity. Instead, she uses the ordeal merely as a vantage point to speak her own truth with biting humour and newfound compassion. In this way, the record also becomes a metamorphosis, where Clark reclaims authority over her own narratives: she’s now her own Daddy.

Bandwagon recently caught up with Clark to speak about the process of creating Daddy’s Home, and her own personal relationship with the record.

Hi, Annie! Daddy’s Home draws from the sounds of the early 1970s in New York City. What kind of instrumentation did you use to recreate this atmosphere, and what was your approach in capturing the essence of a bygone period?

After I’d done MASSEDUCTION, I felt like I’d gone very far down the road of distortion and synthetic textures. So for Daddy’s Home, I wanted it to be very warm and wooden—something that feels like an old leather comforter that you could just sit back in and relax into, something that could give you a warm hug. And that’s definitely a different sound than what I’ve ever gone for.

I used Wurlitzers, and obviously a lot of guitars. A sitar guitar, bass, drums...I didn’t really use any instruments that were made after 1976 except for my own guitar, which is a more modern model.

My Goldie guitar is out today! As seen on tv! (On #SNL twice!) I love this guitar. Kinda the perfect marriage of my quirky old pawn shop guitars and the OG STV model. Out via @ernieball: https://t.co/W1mSDs7RaS pic.twitter.com/Rd6FVFYJia

Daddy’s Home is said to be partly inspired by your father’s release from prison in 2019, as well as the records he listened to. How did your emotions about your father’s ordeal influence the way you wrote the songs?

Well, I wrote a lot about my father’s incarceration when I put out a record called Strange Mercy about 10 years ago. I’d written about it before, but I just hadn’t really told the story. In talking about him coming out of prison, I’m really examining where I am now. And in a lot of ways, I’ve assumed the role of Daddy, like the tables have turned—there’s a power imbalance now, which is totally different. And I’m a grown-up now.

It feels so strange to use the word “grown-up”. Children use the word “grown-up”. [Laughs] But I’ve grown up now. So I wrote about it—in this case for the song ‘Daddy’s Home’—with a lot of humour. And it’s really the only time where I address the last time I went to go see him and I was signing autographs in the visitation room, which was a very surreal experience. You just never think those two worlds are going to collide.

But the rest of the album is really about these short stories about myself, or where I am, or characters that I drew, based on my own experience. There’s not a lot of judgement on the record, as far as judgement on human behaviour goes. I tried to stay away from dropping the gavel on anything. I feel like we have enough of that in the world.

It’s interesting that you talked about shifting parental roles. In a way, do you see your music as sort of a child or baby of your own?

I think every parent would probably roll their eyes if I was like, “yeah, this is my baby.” You know, they’d say, “yeah, trust me, mine’s a lot more work.” [Laughs] But in the same way that people get so obviously invested in their children...you want them to do well, and feel protective, and want others to love the thing you’ve made? Yes, I could see it being an analogy.

But I think there’s a selflessness in having an actual child that runs counter to an artist putting out an album, because the artist has to go in and be, not selfish, but self-reflective in order to do something. Whereas if you’re a parent, your life becomes very much about nurturing this other being that’s external of your own self. I wouldn’t say it’s a wrong analogy, but they have their distinctions.

You worked with Jack Antonoff again for the new album, who also helped to produce 2017’s MASSEDUCTION. Has your creative partnership evolved in any way?

I would say it did, because we did about half of the album before quarantine, and then we went into lockdown. One of the great things was that I really grew as a producer on my own, because I was locked in [my studio] alone to create almost more than half of the record.

The great thing about Jack is that I trust him, and he’s a great musician. So if he has an idea, he can just play it and send it to me. The record can be very insular; you see some records where there’s a mile-long list of credits, and that’s one way to do it, but I like to have a tight-knit group and a singular vision. So Jack and I could make the record remotely because between the two of us, we played most of the things besides the backup singers and horns—we kind of had the bases covered already.

That singular vision definitely came through on the new album. My next question would be: what’s your favourite song on Daddy’s Home, and why?

It’s a tough one. I’m really partial to ‘Down And Out Downtown’, because it feels like I’m writing about a former version of myself with compassion, when often we don’t have that much compassion for ourselves. And I don’t mean this in a self-help kind of way, but sometimes when you look at your own past, there’s this instinct of shame. But I could just see this girl, i.e. me, in the song. You know, “Last night’s heels / On the morning train.” You get to your block after a night out, and there are the people you see every day.

There’s this love affair with New York City, where it’s a place, but also an idea. Everyone’s living their own dream, but they’re also dreaming up everything that the place is and all its possibilities. There’s also the history of it. You walk past a block, and you think to yourself: every single one of my heroes has walked this block. So much life has been lived in a very small amount of real estate—kind of like Singapore! You’re walking among ghosts on every street, and you’re also walking among your own ghosts. There’s a tremendous romance to it.

Down and out downtown in NYC & Toronto!!

That’s a really great way of putting it. What I’m also curious to know is that Daddy’s Home has been out for a couple of weeks now; has your relationship with the record changed since the moment you first released it?

And I don’t mean this in a braggy way, but what makes me the happiest and the proudest about the connection that I get to make with others is that so many people have recently said there was some catalyst in listening to my music, which made them want to be more themselves. If they were doing something they weren’t happy with, and they decided to follow their dreams after listening to my music—that, to me, is a miracle. The tangible effect of people really going for it and being the best version of themselves, that’s the raddest thing ever.

That’s a great point. The relationships that different people have with your album are so diverse, and it’s really interesting how we all have our own personal connections to the record. We just have one final question for you: you’ll be starting a US tour this September; how does it feel to get back on the road again?

New 2021 shows announced! Tickets on sale Thursday, June 3rd at 10am local time with the exception of @HollywoodBowl which is on sale Tuesday, June 1st at 10am PT.

For a list of all shows & festivals visit: https://t.co/6TALEaAqBk#DaddysHome pic.twitter.com/v5XxCvtUoy

I think that the energy of the shows in the fall will be so joyful. People can try, but there isn’t a substitute for a live show. Neurologically speaking, when you have people in the same room, having an experience together, and listening to music together—that creates more empathy.

And I really hope to bring the tour worldwide by next year. I love going to Singapore! The last time I was there I ate stingray. [Laughs] Very interesting texture.