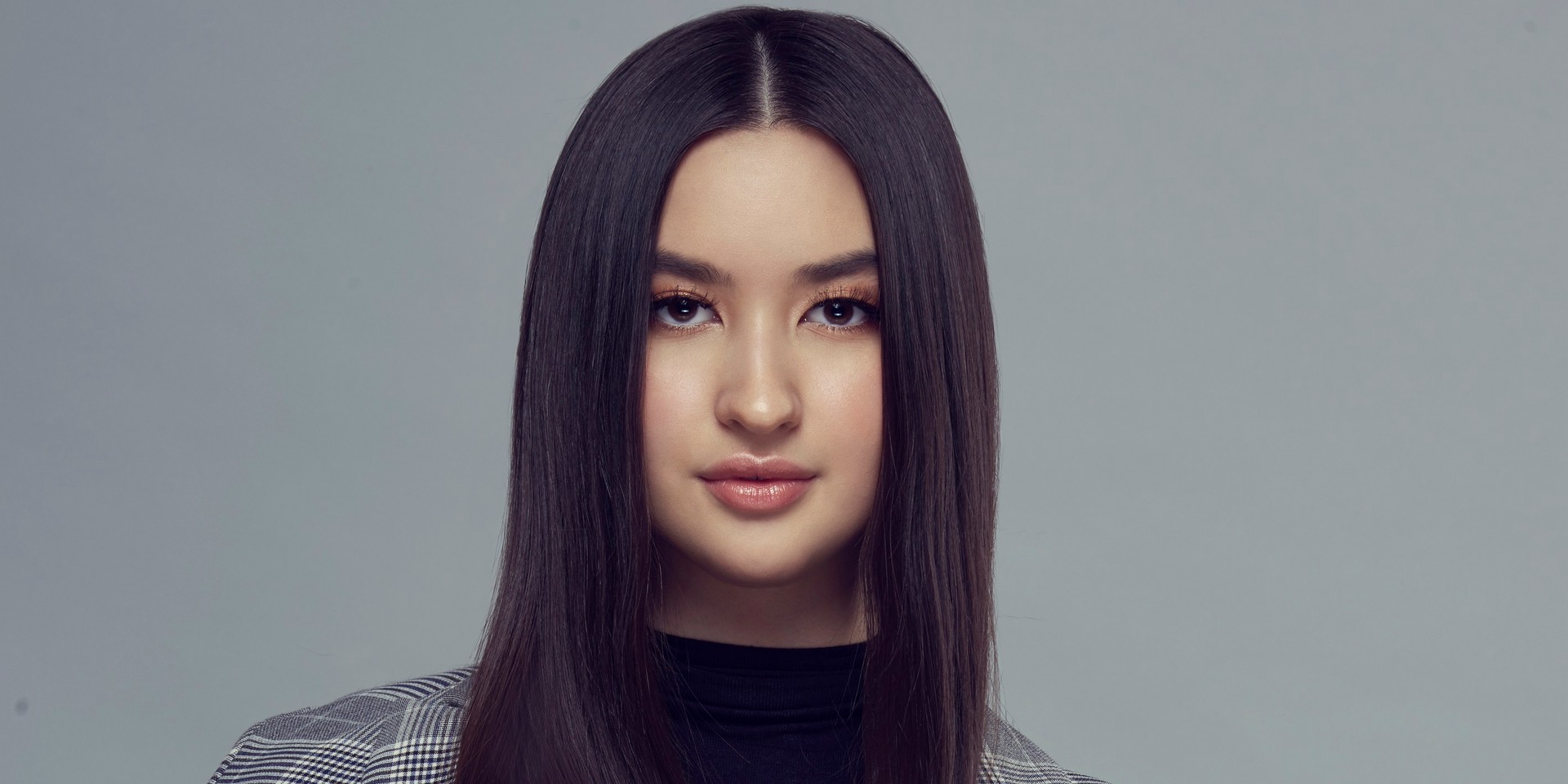 One of the best things about R&B’s total and expansive infiltration of the lexicon of pop music is the new names that have been unearthed by its luscious and intoxicating trail of fairy dust. Jakarta chanteuse Stephanie Poetri is one such find. Her hushed, spectral coo is a platonic R&B ideal weaponised to exquisitely lilting and sensual effect.

Her arrival into the ether was heralded by her simmering acoustic guitar-led single ‘I Love You 3000’, which has since become an Internet-resounding phenomenon that inspired a sequel that features GOT7’s Jackson Wang, that is one of the standouts in 88rising’s latest collaborative album Head In The Clouds II.

As she prepares for her move to Los Angeles, where she will welcome the new decade and starts a new life, she shares the story of her fantastic year with us.

You've had an incredible year. How does it feel to know that you're constantly being talked about, that all these numbers are coming in, that there' so much buzz about you?

It feels weird because I never thought it was possible. My mom is a pretty big star but I always thought it was impossible for me to be recognised as myself, not as her daughter. Just me being able to come here and talk to people like you is a dream come true. So I'm grateful everyday. But there's also all this pressure – a good kind of pressure. I'm not going to university so I need this pressure in my life! [Laughs] It's more about myself as a person.

And if you weren't doing music, what would you study in university?

Psychology. My dad's a music teacher but he's really into psychology. Growing up, he'd always teach me psychology tricks, things like NLP. It's really fun. That's how I got into it. Also, I just want to help people. For some reason, I'm always giving advice. I guess, I just enjoy doing it.

I love the backstory behind 'I Love You 3000'. After you were given that line on social media, were you apprehensive about writing a song about it or did it just flow?

At first, I was torn between whether I should make it funny or serious. You can only fit so much in an Instagram story, right? I had the chorus and because I has a couple of funny snippets out before that, I decided to make this romantic. So I released it, went to bed and woke up to people asking if I could make it into a full song. It was just for fun but it did quite well, which is crazy! The whole thing is so unexpected.

One of the great things about the song is that it's an exercise in pure storytelling. In your Genius interview, you spoke about how the song is about the hypothetical scenario of a girl wanting a guy to be her husband. Does writing like that come naturally to you?

Yes, kind of. There are lots of things that I want to write about that I haven't necessarily gone through. Sometimes, there's a topic that just interests me. Or, I could be watching a movie and I get inspired by the story but I'm not actually going through what the characters are experiencing. It just grabs me and I want to put myself in their shoes. But there are songs that I've written that are straight from my perspective and story. I'm not going to not write something just because that's not how I'm feeling. But when I do feel something, I definitely go HAM!

It all comes down to being genuine, being unapologetically yourself. There's just so much information and noise and social media is trying to steer things a certain way. But you have to be honest, to yourself.

How, on a deeper level, do you feel about social media? And if it ever gets too much for you, how do you step away from it?

There are pros and cons, for sure. If you were to talk about the latter, you have issues such as mental health and manipulation. Then, you look at the good things, and you realise how you can use it in a healthy way. The fact that I've been able to do so much myself stems from the ability to have a social media following. If you use it right and you use it well, there are more positives than negatives. Never in a million years did I believe I could become friends with someone in a different part of the world. It can get overwhelming, with all these beautiful people posting up on Instagram and other platforms but you have to know that someone else's beauty doesn't cancel out yours. Hanging out with friends IRL also helps.

Do you think there's a price to pay for knowing too much?

I definitely think so. It applies to any kind of situation. Humans are naturally curious and social media helps with that. But it's also so easy to believe what's not true. Like, people saying they're on yachts when that's not the case. It's not good for your mental health if you're always comparing yourself to others and if you take what everyone says about everything as true. Find the good in your life and you'll be happy.

What's also interesting about the song is that it's led by an acoustic guitar and not some trendy and formulaic R&B beat.

The song is so chill. Acoustic sounds are so easy to listen to and that's the stuff I like. I wrote it on a guitar and I thought it should stay that way. We also wanted to have some vinyl sounds just because the crackling sound of a vinyl is very comforting.

There's a line in a song where the character says that she wants her lover to come out of the blue. Do you feel that way, too?

As much as I love surprises, I'm too curious to ever be surprised. When my friends try to surprise me, they don't get very far because I can always see it coming!

And how does it feel to have Jackson Wang on the sequel?

At first, I couldn't tell if it was a dream or reality! In high school, I was a Jackon Wang stan! It's crazy! Imagine if Beyoncé hit you up and asked to be in your song. All my friends who know how much I like him were also like, "What is going on? Is the matrix breaking?"

When we met face-to-first, he was so nice. People don't know how humble he is. He was so sweet and encouraging. I could've passed out! My life is a movie – I feel like I'm in a simulation!

It's known that you're a huge fan of FINNEAS. What draws you to his music?

Yes! Why Billie Eilish and him work so well is because they each do different things: She's changing the definition of pop. But FINNEAS does a lot of what I like, which is guitar-oriented, ballad-sounding, very emotional stuff. You can really feel the emotion in his songs. He has a song called 'I Lost a Friend'; it's so sad. The ability to get someone you don't know to feel so sad just from a song is crazy.

You'll be moving to the United States next year. How do you feel about starting life in a new country, in a new decade?

I'm more excited about the fact that I have a change in my life that's going to give me more inspiration. I'm also excited about being able to meet everyone – all the people who supported me when I was in Indonesia. It's great that I get to tell more people about myself.

A lot of my friends are in college, right now, and this is giving me that kind of change they went through. It's giving me the chance to be independent.