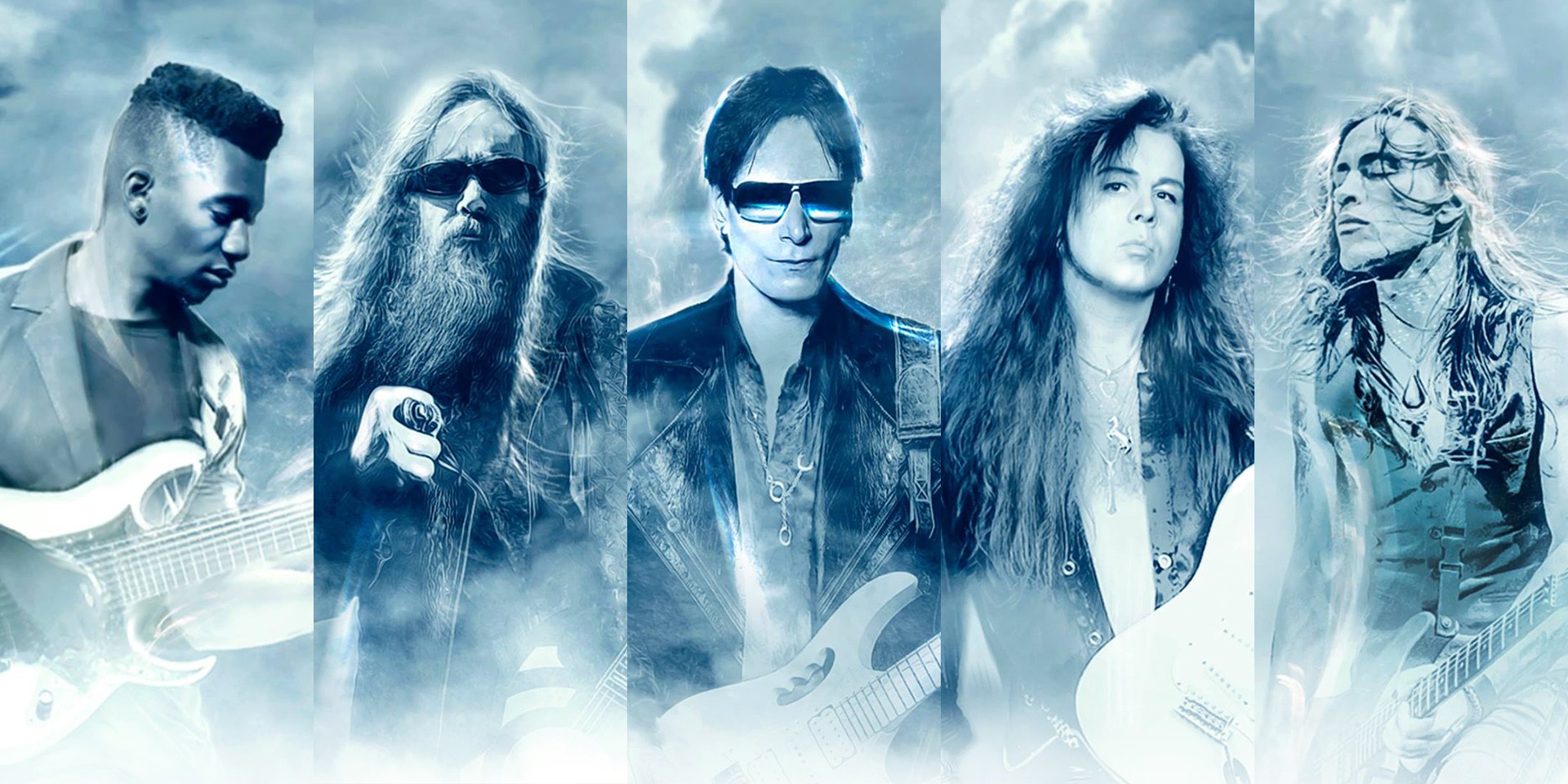 Featuring veterans like Yngwie Malmsteen and younger blood like Tosin Abasi, Generation Axe is the brainchild of Guitar God Steve Vai — a project of forging a kinship with like-minded virtuosos, now a glorious touring showcase of guitar wizardry. It's undoubtedly a rock fan's dream come true.

We speak to the man himself about how Generation Axe came to be.

Steve Vai has undergone multiple world tours, and he's had fond memories of Asia. Speaking from Beijing, he praises the abnormally clear skies and relative openness of the country — an experience which has improved since his first shows in the country in the 90s.

"You couldn't throw picks in the audience then," says Vai. "They requested us to not get political or raunchy on stage, and they had relatively strict curfews, but it's nothing that we couldn't adhere to, I'm not a political artist."

Vai has rarely espoused strong political beliefs through his mostly-instrumental music, but his fiery and spiritual live performances have been emblematic of instrumental rock, besides Joe Satriani's everlasting coolness and Yngwie Malmsteen's over-the-top theatricality.

Along with China, Singapore stands out as a special place on every Asian tour he's done. "There's a great feeling of freedom and safety for me whenever I'm there," he says.

It's likely why the country was targeted for his ongoing tour with Generation Axe, a passion project that has him side-by-side with some of the greatest rock guitarists performing right now. Fellow guitar legend Yngwie is onboard, along with Nuno Bettencourt, Zakk Wylde and Tosin Abasi.

This may not seem like an awfully eclectic bunch, but each guitarist has brought something to the table in the fields of hard rock and metal — Bettencourt is held in high regard amongst hard rock enthusiasts for his work with main band Extreme, while Abasi is essentially the most influential young progressive metal guitarist today, performing under Animals As Leaders.

Wylde's Black Label Society remains a mainstay at rock festivals around the world, balancing tough bluesy riffs with eloquent solos, while anyone with a cursory knowledge of 80s hard rock would have had a dalliance with Yngwie's album Rising Force at least once.

"Originally, my concept was to create one backing band and five guitar players who are exceptional in their field," Vai explains. "So I created a list of genres to mark out specific guitarists — rock, metal, blues, jazz fusion. I immediately made a shortlist and everyone I considered was open to it."

Generation Axe, while featuring seasoned performers, may seem incredibly arduous to execute. "The thing that makes this tour unique is that it's a non-stop show that's organized," he elaborates, "featuring not just trade-off solos, but guitarists, excellent in their own right, coming together and performing great songs." 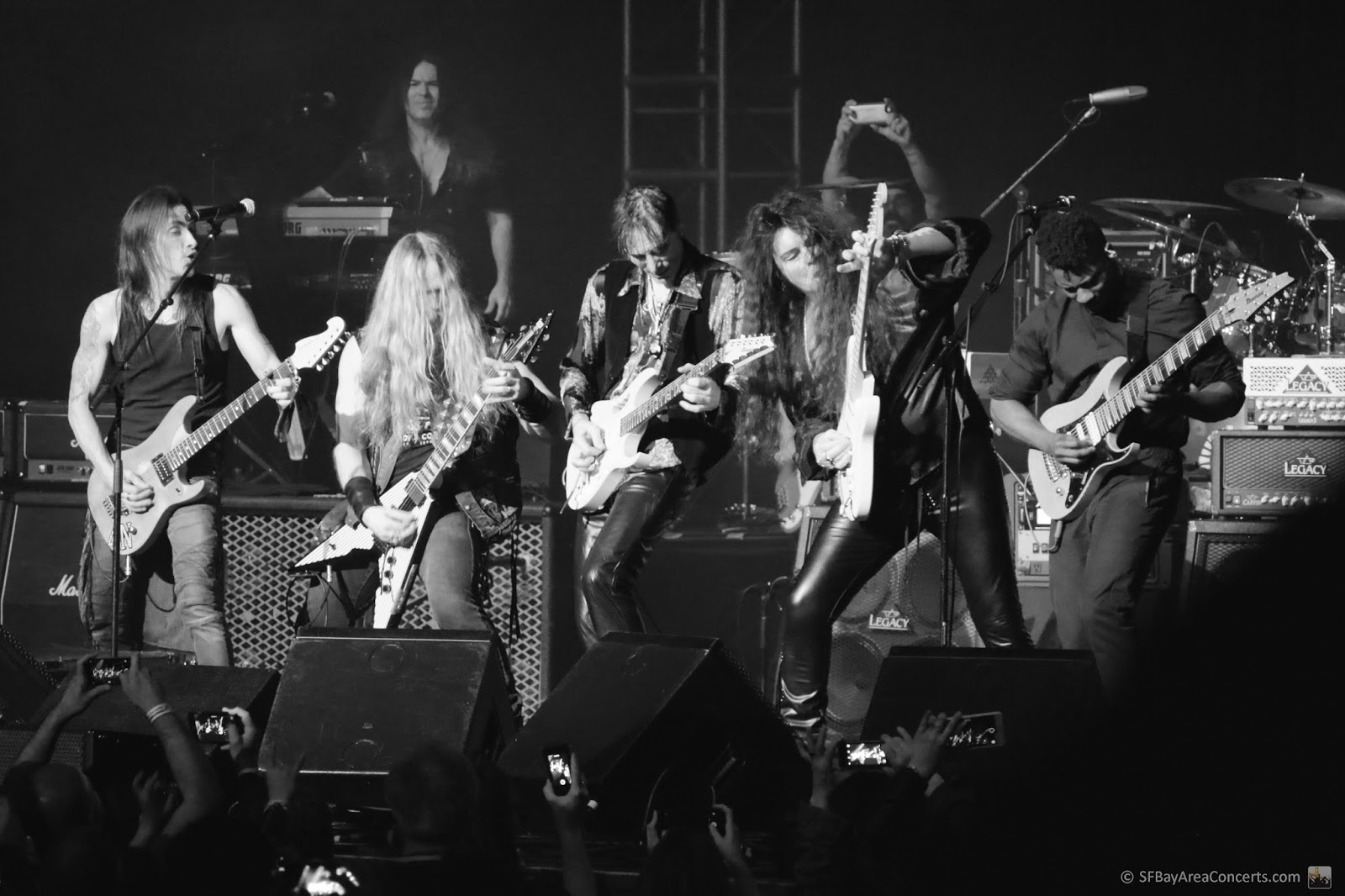 We have diverse personalities but what we're doing is bigger than anyone of us. We just needed to find that equilibrium to work."

He approached them one-by-one, but it didn't take long for the project to form together. "I told them that not only were they able to play their ass off onstage, they could collaborate and perform with these other talented musicians," he says. "It didn't take much convincing."

The challenge came in conceptualizing the show, which will feature both covers and original compositions.

"When you get that many guys on stage with their guitars, it usually devolves into a mess. I would know," Vai admits.

Vai took it upon himself to carefully plan the setlist and assign parts and sections to each guitarist. "It works out great that way, and it's a lot faster than having them in one room and giving it a long think. They respect that method."

Other than their indomitable skills, their mutual respect has held the group together thus far — a rarity in a genre packed with galloping egos and excessive showmanship.

"There's a lot of appreciation for each member's contribution, and we really like being with each other," he says. "They're smart, intuitive and funny people. We have diverse personalities but what we're doing is bigger than anyone of us. We just needed to find that equilibrium to work."

Whether Generation Axe will continue beyond this tour, Vai leaves it to chance, focusing on the current tour while balancing the day-to-day minutae of his solo endeavour. "Whether we expand to doing a record or adding more members, that's difficult to say. Just getting everyone for a month is a miracle, as all of us are busy as it is. But it does break the monotony."

He does admit that putting the project to paper was a hard sell, and many were skeptical. "There were bumps in the road initially, and many people didn't believe we could work harmoniously," he says. "We found a way to appreciate each other and how different we could be. I knew it was going to work."

Steve Vai also talks about the music that has impacted his craft, from childhood favourites to the album that helped him become a star.

"I was very young when I first heard it, The melodies, story, orchestration — it has everything I love. Well, except for the guitar."

This is another record I discovered early in my life that impacted me tremendously.

One Size Fits All | Frank Zappa and the Mothers Of Invention

It's honest, pure and inspired.

That just had such an impact on my career. It was the introduction of Steve Vai, the independent artist with a voice. It helped launch my career and it was well-received. The album was impactful on a personal level, but I can also talk all day about Tom Waits' entire discography.

Special thanks to IMC Live Group for setting up the interview.