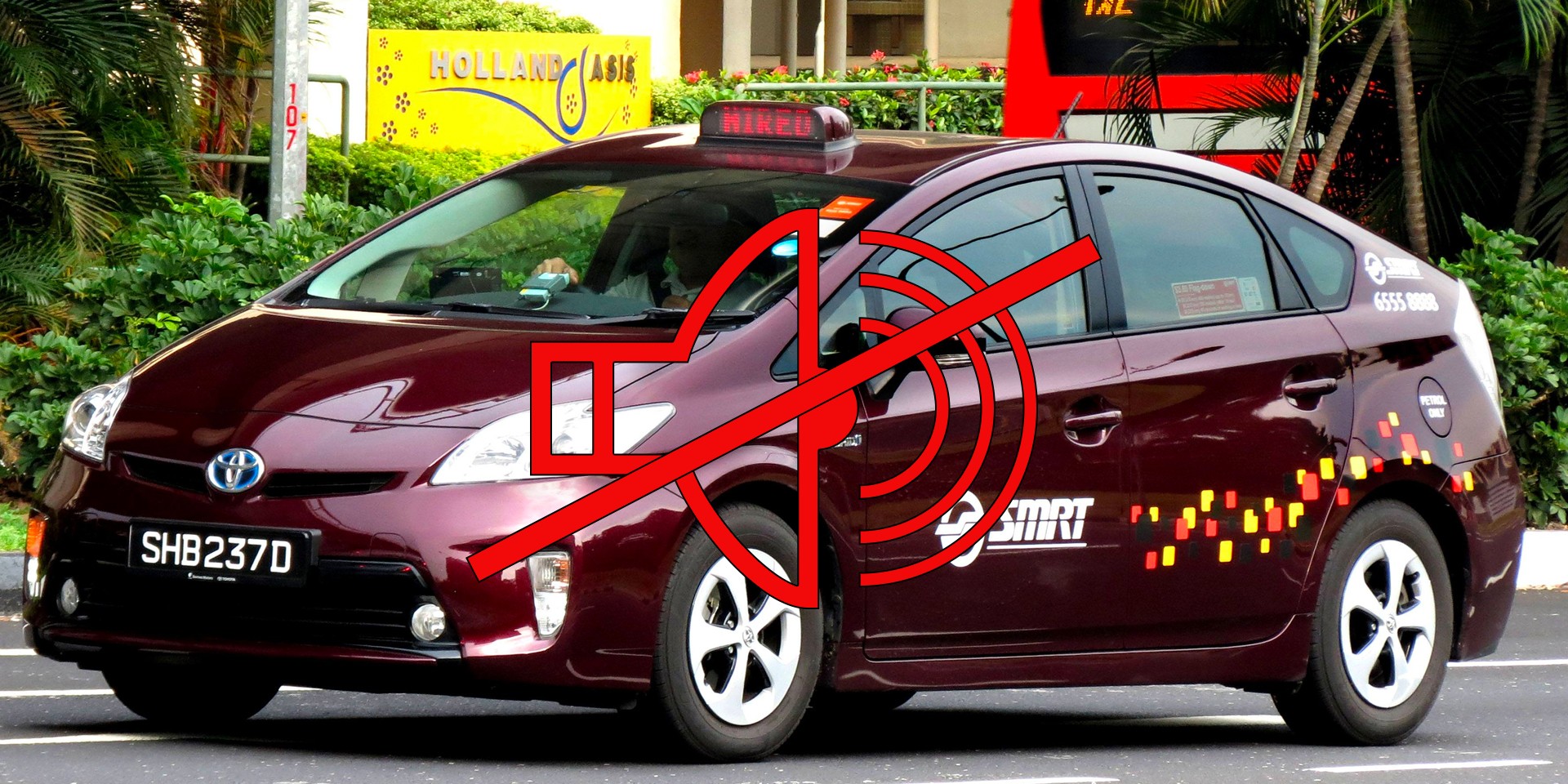 The Straits Times' Forum section has long hosted letters from the public that have shocked, outraged and entertained Singaporeans at large, from sewing on the MRT to a more recent and controversial complaint about busking. Now, there's another one for the books: a letter that argues taxi drivers should turn off whatever music they're listening to when a customer boards.

"Is it unreasonable to expect cab drivers not to play music while carrying a paying passenger?" Mrs A Staveley-Taylor begins her letter, which was published yesterday and has been the subject of spirited discussion on the Straits Times' Facebook page.

Staveley-Taylor went on to relate an unpleasant experience with a cabby where after enduring a 16-hour flight, she got into a taxi, where she had to listen to "music that is really not to my taste" for an hour.

'It made the ride unpleasant and the driver, in my view, very discourteous," she writes. "He never once asked if the music was acceptable or if I minded. He seemed uninterested as though I did not exist." Staveley-Taylor concluded her letter with the following suggestion to cabbies at large: "Perhaps listening to traffic updates is more useful and relevant."

Notably, Staveley-Taylor does not mention exactly what type of music said cab driver was listening to, though she did imply it was loud and that it was in a language she didn't understand: "The choice of music and the volume implies that the driver is being insensitive, more so when the music is in a different language."

Was he listening to Swedish death metal? Cheesy Mandopop on a local radio station? 'Can't Stop The Feeling' by Justin Timberlake at full volume? 'Despacito' on loop? We may never know what music offended her so much she felt compelled to write into the Straits Times.

Staveley-Taylor also does not mention if she indeed asked the driver to turn down the volume, change the channel or turn it off completely, which is what commenters on social media have taken issue with.

"If you don't like the music - open your mouth and ask politely for a channel change. Don't expect the poor cabby to read your mind," a user named Umm Yusof commented on the Straits Times' Facebook post. "Don't blame the drivers if you do not know how to interact with people to convey your request. Most drivers will understand your concerns, please stop expecting others to read your mind," Don Tng added.

I do understand some of Staveley-Taylor's frustration – 16-hour flights can be truly exhausting. But cab drivers also often work exhausting shifts, and are often lowly paid for their trouble. Who can blame them for listening to music they like in their own taxis? Maybe next time Staveley-Taylor should try Grab or something.