When the Singapore International Film Festival announced its much-needed comeback last year, the opening film was revealed to be Unlucky Plaza — a Singaporean tale with a tongue-in-cheek name which had a much less comical storyline. Filled with riveting dramatic sequences that were balanced out by amusing moments, the ensemble cast highlighted the script’s brilliance in fleshing out a tale of everyday struggle, desperation and ultimately, redemption.

There’s no word of a DVD release yet but you can still catch the film at indie cinema The Projector until June 9. We had the chance to speak to some of the cast along with director Kwek and Pam Oei, who plays Onassis' unsympathetic landlady, about the plot, how the actors got involved, their toughest scenes to film and their favourite shop at Lucky Plaza.

What made you conceive the storyline for Unlucky Plaza?

KEN KWEK: I wanted to make a movie that explores the radical changes that have taken place in Singapore in recent years. Immigration emerged as one of the biggest themes: the demographic makeup of Singapore today is vastly different from a mere 10 years ago. At the same time, I wanted to make character-driven action movie, a crazy funny movie. Hence the idea of a hostage crisis was born--with a foreigner in the lead. I thought it would be interesting and dramatic to look at my own city from an outsiderʼs perspective.

How did you get involved with Unlucky Plaza?

JUDEE TAN: Ken called me one day and asked me if I would be interested in playing Michelle. He sent me the script and told me to have a read first before deciding if I would be keen to be involved in the project. Most of the time I would just get a call and be asked if I would be interested in a certain role, then I will get only pages containing my parts, and not know the full story. So that was a gesture I really appreciated, as I thought it showed how professional and meticulous he is regarding his work, and that he respected actors to make their own choices.

SHANE MARDJUKI: I would like to say that Ken of course wrote the role with me in mind; imagining every sentence as I would deliver it. But alas that is not true. I had to audition. 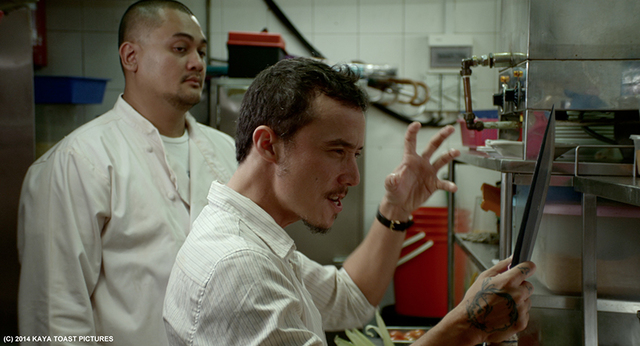 What drew you to the script?

JUDEE TAN: I think what drew me to the story, or rather Michelle specifically, was a particular character description Ken wrote. It was something along the lines of “Beneath the plain, unassuming disposition lies a much darker interior”. Now, I am completely paraphrasing, and am putting this disclaimer because Ken writes better much than this haha. Anyway, from that line, I trusted my instincts, which told me what this writer is trying to achieve with this character. I liked that intention, I wanted to help realise it, so I auditioned, got the part, put on my red dress and got myself into trouble as a desperate wife, property scammer and pastor lover.

What was the toughest scene to shoot?

JUDEE TAN: I have always told the story of how I had to finish a whole bottle of red wine as preparation for the raunchy car scene with Shane. In fact, I have told it so many times I am getting sick of my own story. But I maintain it is the toughest scene I have had to shoot to date. As an actress, I try not to pull back on any emotions that will surface as I get “into the moment” and had to be properly inebriated so I would not be self conscious and screw up the scene!

SHANE MARDJUKI: The most technically challenging was the car scene with Epy. It starts with that one locked shot and we have to do the whole scene and get it right in one take "theatre style." Also it was a super fun scene. So it was also a challenge not to laugh. Then the scene continues and I have to drive while we play out the scene. To make it look realistic I had to drive a bit faster than normal, which made Michael Zaw, the poor director of photography, motion sick. Sorry Michael!

PAM OEI: The toughest scene to shoot for me was the first scene of the movie, where I spout never-heard-before Hokkien expletives at the lead character Onassis. Epy Quizon and I could not stop laughing. 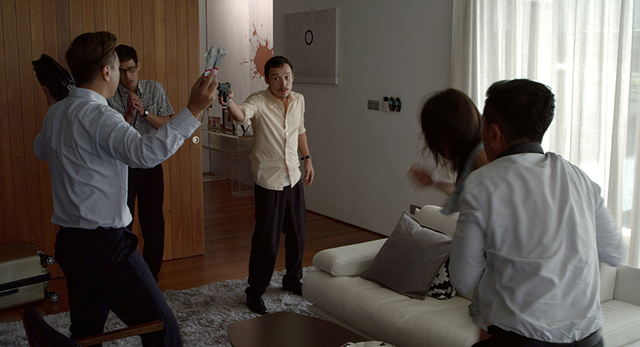 Was the end goal to create a film accessible enough for the general public, without compromising the storyline or dialogue, for instance?

KEN KWEK: Your question points to the common problem of films being lumped into the bipolar categories of “art house” and “commercial”. The problem is these categories are often subjective and what may be “art house” in one context may very well also prove to be “commercial” in another. In the end, my end goal was to make an entertaining film with compelling characters who are not always easy to like--but also not easy to condemn unequivocally.

'Riot City' serves as the film's official theme song. It was written and recorded by Ugly in the Morning, whose lead singer is also cast member Pam Oei.

Do you sympathise with your characters?

JUDEE TAN: Well, yes and no. Yes because she was really just trying her best to get herself out of a life she did not want, i.e. a debt-ridden, loveless, high profile marriage etc. No because I am not sure if I agree with her choices, even though I can relate to Michelle as a woman. Totally. Perhaps a better word to use would be “empathise”.

SHANE MARDJUKI: Absolutely. Itʼs written such that you can absolutely see why each character chooses to do the things they do. You might not agree with their choices but you can respect why they would act that way. Less a product of our acting. More a product of the fantastic script.

Have you tried Filipino cuisine? If yes, favourite dishes?

JUDEE TAN: I must have tried some adobo somewhere, somehow. Itʼs the most famous Filipino dish I know but donʼt know it enough to call it my favourite.

SHANE MARDJUKI: Pinakbet! That one is my favorite.

PAM OEI: I love Sinagang. I really dig the tangy-ness!

KEN KWEK and SHANE MARDJUKI: Porkoʼs. Check out their menu.

JUDEE TAN: Since we are on the topic of food, I used to frequent the coffee shop upstairs in Lucky Plaza as a young kid, which was famous for its very cheap chicken rice! I am not sure if it is still there though.

PAM OEI: My favourite shop is a dive shop called Sea-Land Sports in the basement. It's reliable and reasonable. 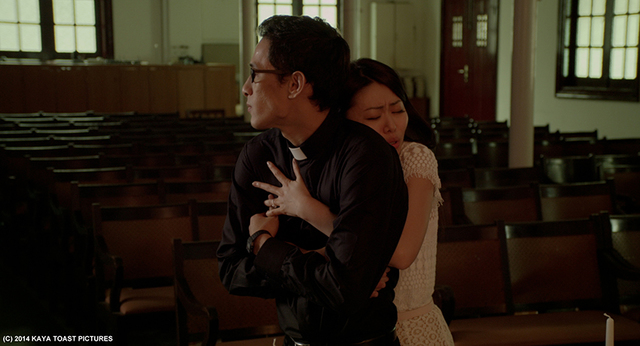 What was the most unexpected reaction to the film by a Singaporean viewer?

JUDEE TAN: I hope I am not giving away too much when I say this, but I find it incredibly DUH that some local guy lamented about this - So, during the hostage sequence, the characters are seated in different position from when they were, in the opening sequence of the film. So this guy thought it was a mistake, and posted his review online (which was mostly praise by the way. He really enjoyed the film, except for this bit I guess.) that the filmmakers should have caught the mistake, and that itʼs a “big no no in film”. Ok, so ah... First, he totally misses the point and did not figure out why the positions changed, and goes deeper in his folly by providing advice on the "doʼs and donʼts" of filmmaking. Oh kaaay. After reading that comment, I was stunned like vegetable.

SHANE MARDJUKI: Women coming on to me, wanting to act out their pastor fantasies. I kid. I kid: It's not unexpected at all that women would come on to me.

PAM OEI: I read on HardwareZone's forum that some guys jerked off to the scene of Judee's and Shane's characters having sex in the car. That is the ultimate compliment! 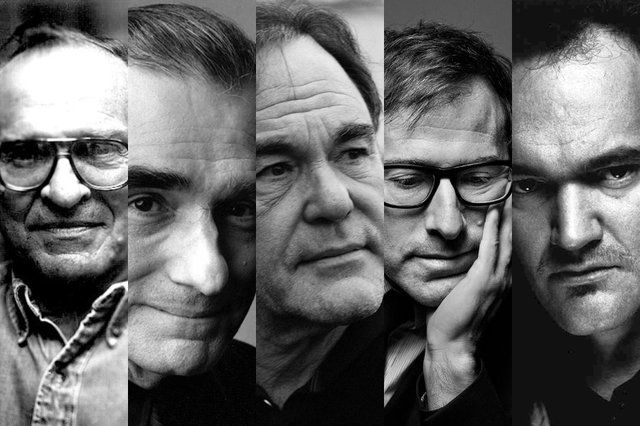 From Lumet, I embrace the idea of film as an actorʼs playing space,

from Scorsese, all kinds of camera moves,

from Stone, the discipline of writing,

from Russell, the need to love even the most twisted/damaged characters,

and from Tarantino, the tricks of messing with timelines.

Unlucky Plaza will be showcased at indie cinema The Projector until the end of July. Limited seats and showtimes available.