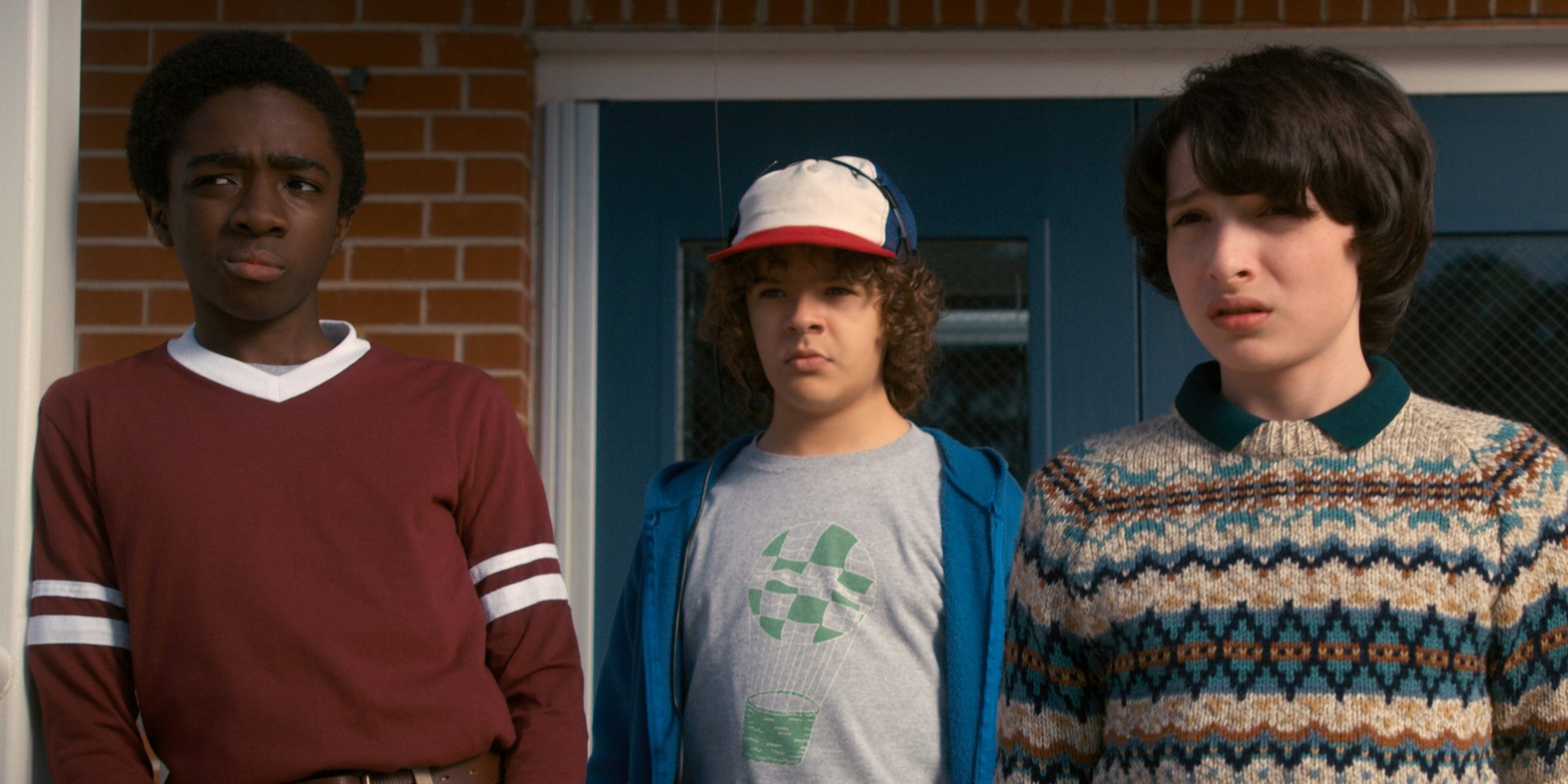 With the Stranger Things hype at an all-time high as Halloween descends upon us, Spotify and Netflix have released an interactive playlist series for super-fans.

There are a total of thirteen playlists, specially curated to fit the characteristics of the thirteen main characters in the show. Once users log in, Spotify uses its patented algorithm technology to give listeners a playlist that best matches their Stranger Things counterpart.

We break down the playlists below.

The classic Halloween playlist, complete with the Ghostbusters Theme song and of course, Michael Jackson's 'Thriller'. Fitting for the '80s scream

A high-energy, early morning playlist to get you psyched for the rest of the day, ranging from Patti Smith to Lorde.

An essential kick-ass playlist for a strong-willed character.

Mike, ever obsessed with technology, gets a fittingly forward-thinking playlist, with plenty of cutting-edge 80s electronic music, synth-pop and post-punk.

Dark, heavy and in your face. Slayer and The Black Dahlia Murder kick off the playlist. Need we say more? 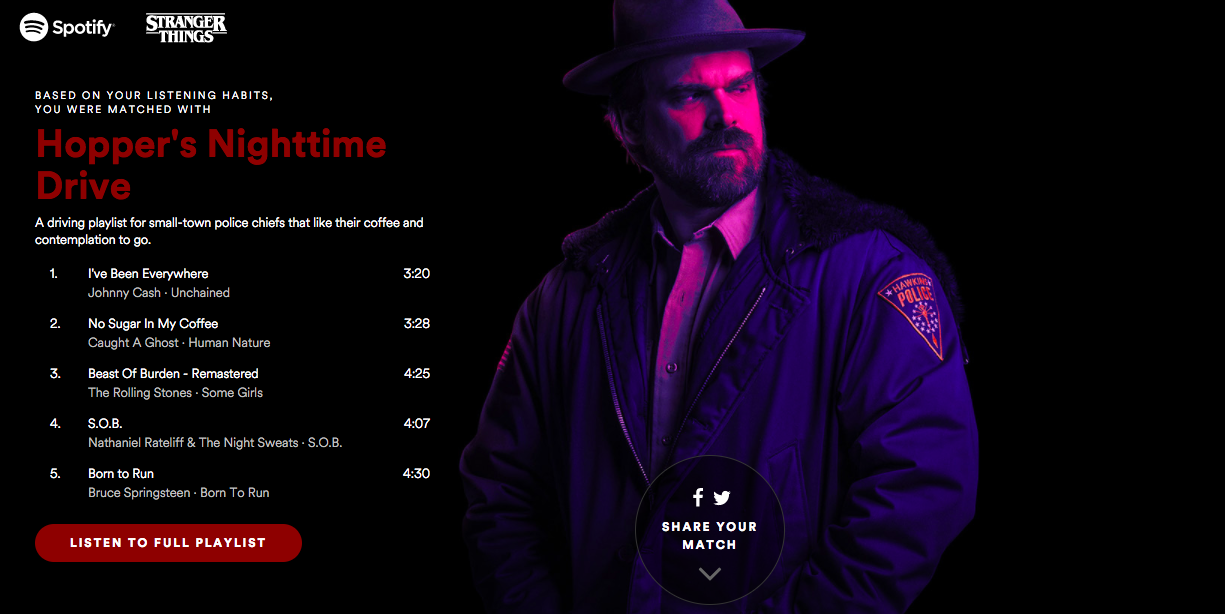 A sneak peak at Hopper's playlist in the show, in the form of his vinyl collection, shows that he's an old soul in the '80s. This playlist perfectly represents that.

Like Hopper, Max's playlist is a reflection of vintage sounds made new — a mix of The Mamas & The Papas with Mac Demarco is enough to already like the new character in the show. 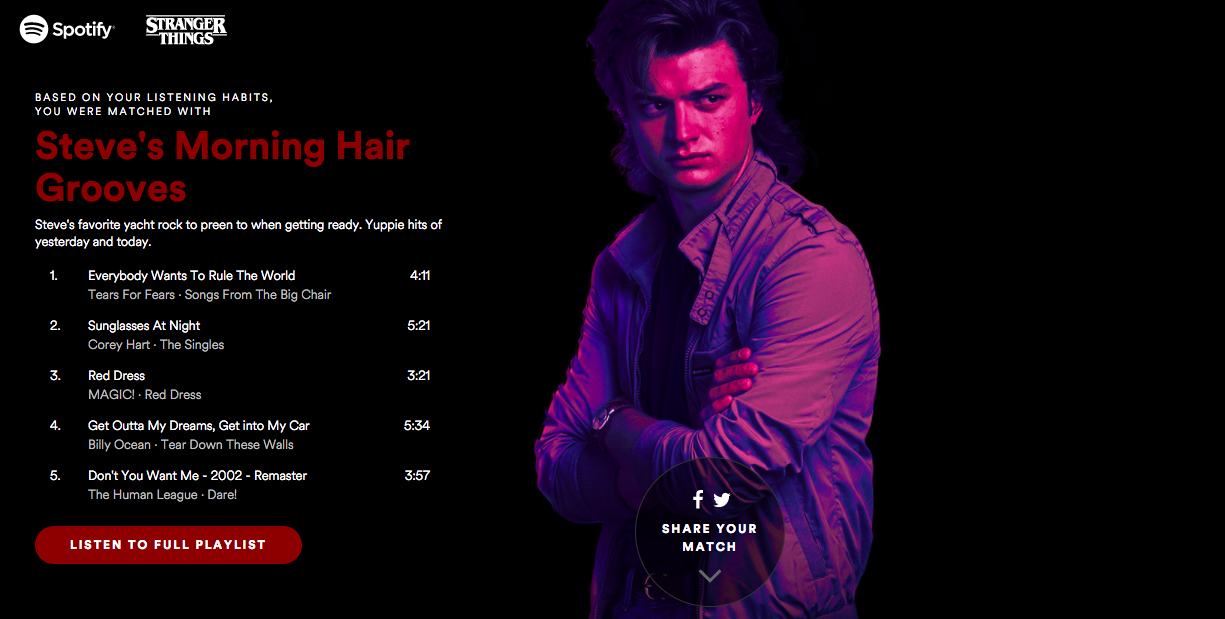 Steve has attempted a 180 flip by graduating from being the show's primo jock bully to a sensitive, heroic character. None of that excuses him from listening to MAGIC!, though.

In the show, Will's music taste is nurtured and boosted by his brother Jonathan, and this playlist is wonderfully timeless and crowd-pleasing. 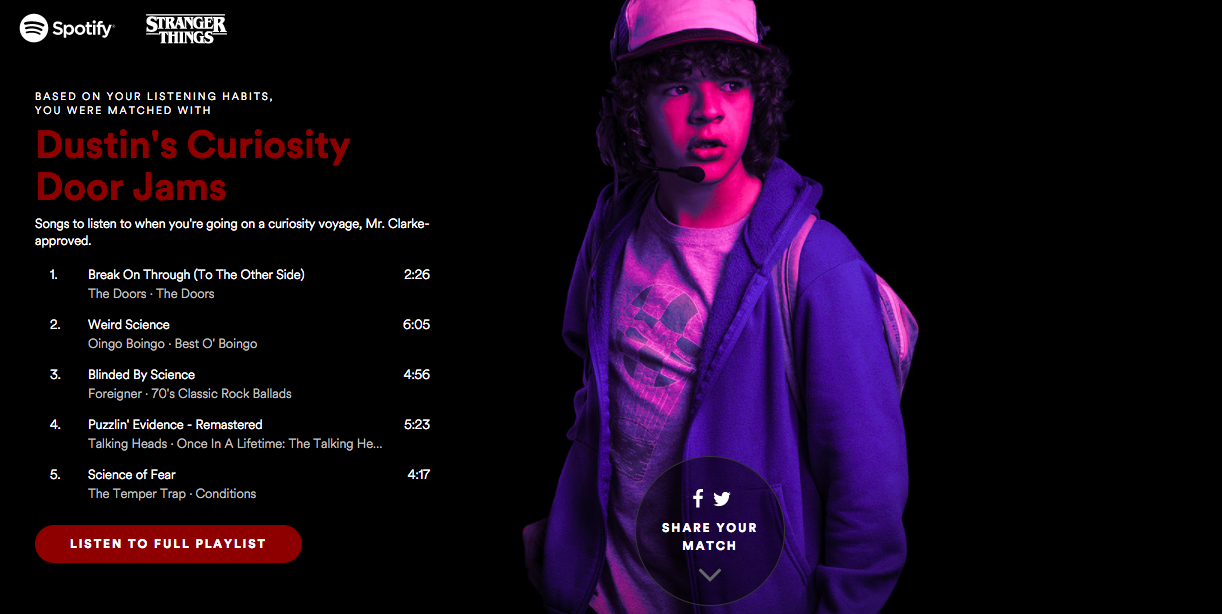 Dustin remains the group's relentless explorer, and his personality demands a playlist that is perfect for a day out in the woods. 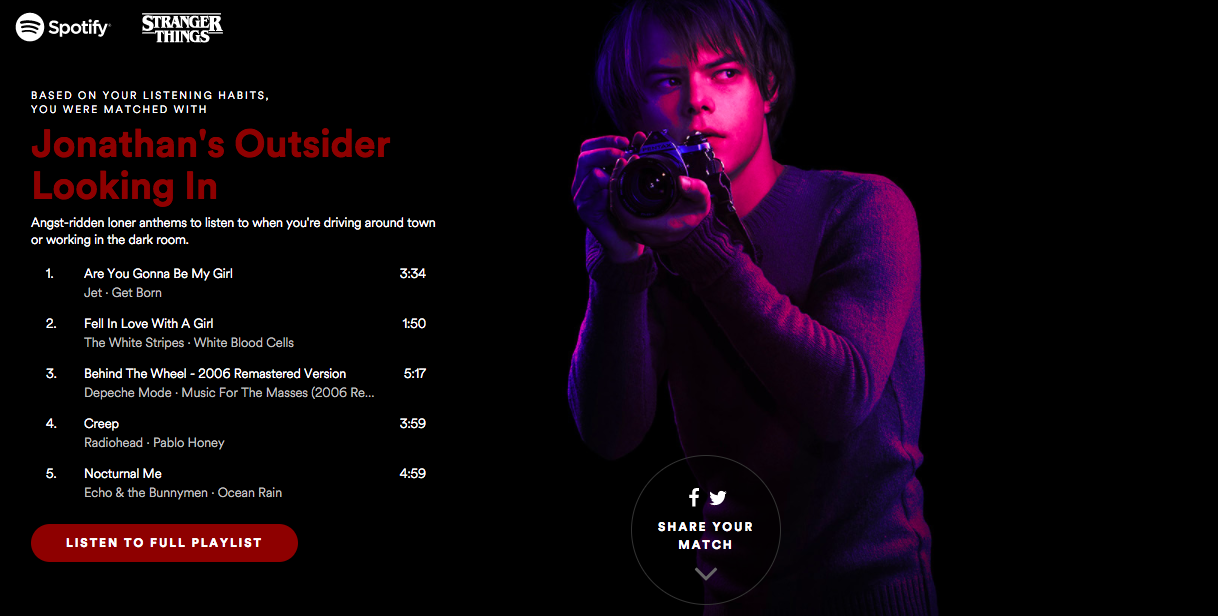 'Creep', 'Are You Gonna Be My Girl' and 'Nocturnal Me'? Yep, perfect stalker playlist. 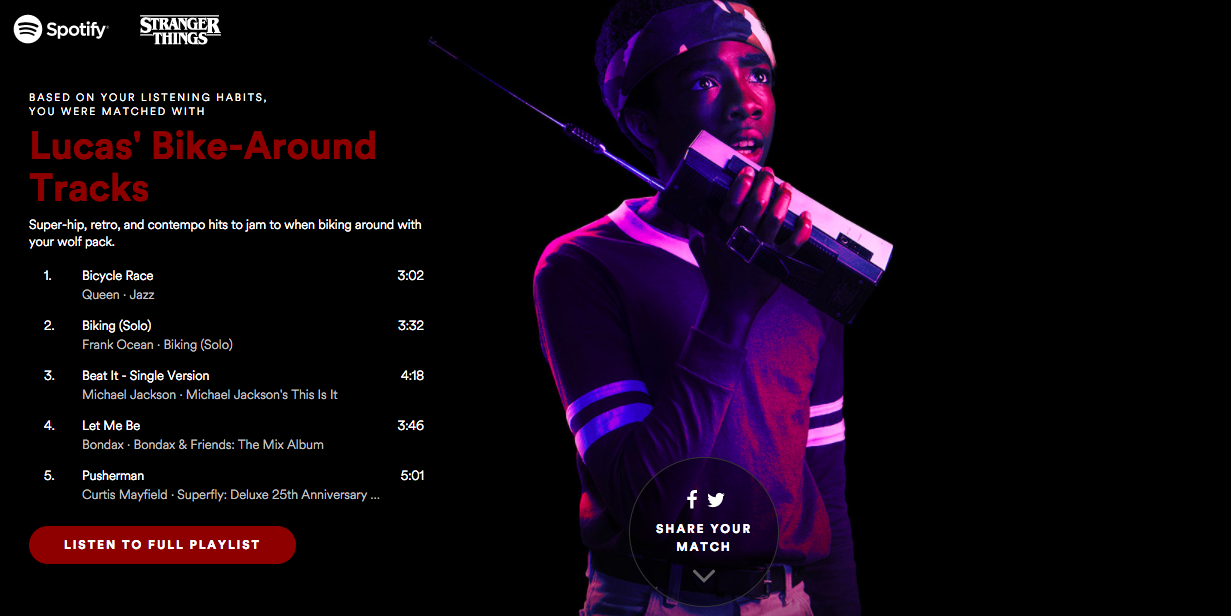 Quite possibly the grooviest playlist in this series, with tracks from Frank Ocean and more.

Billy's Pedal To The Metal

Yet another new character, Billy is all about propulsive glam metal and Billboard-friendly hip-hop — a playlist that gives any car sound-system a true workout.