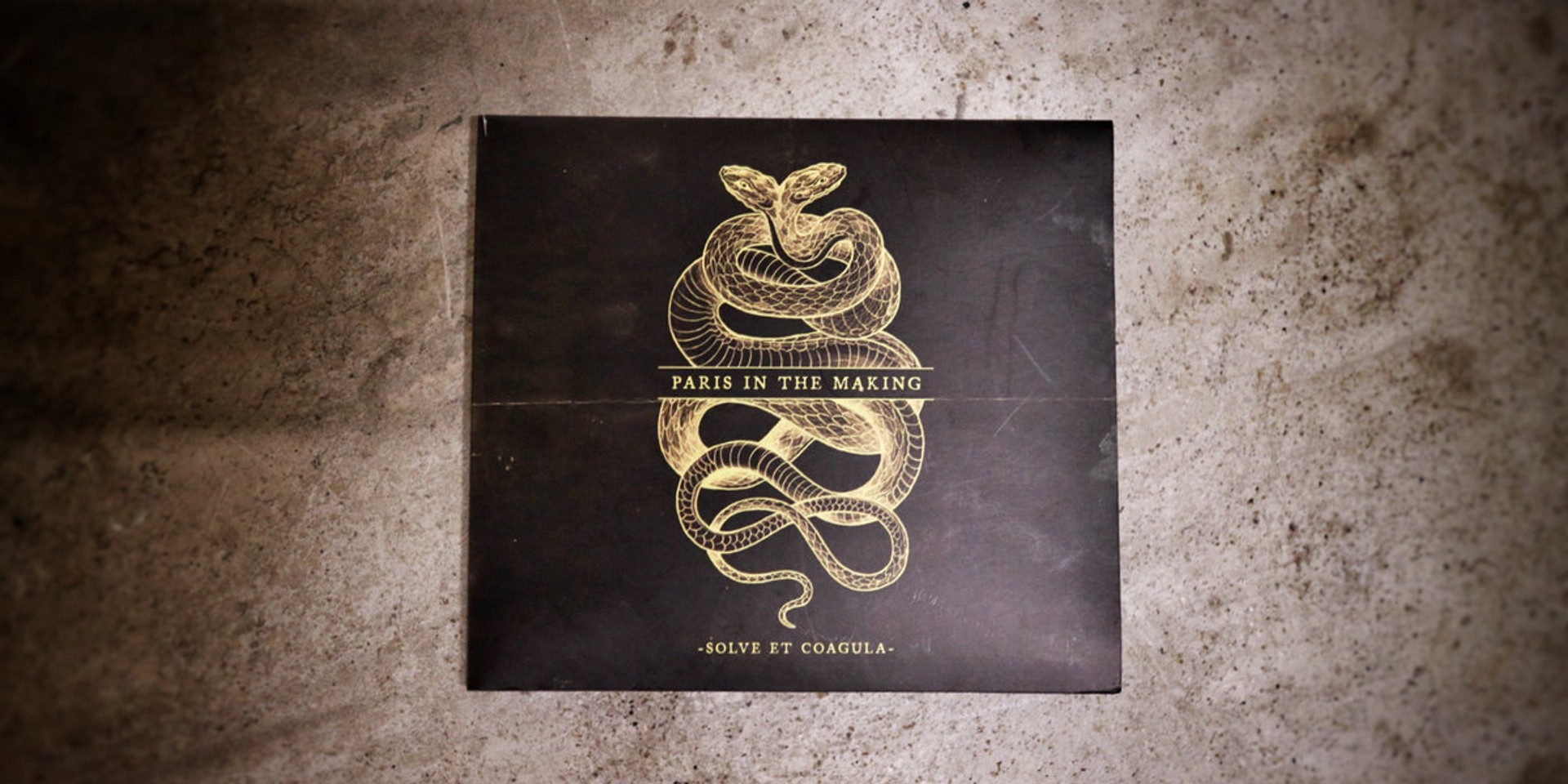 It's finally here — the new album Solve et Coagula, the first album by Paris In The Making since 2012's Origins, is now officially released.

The six-track album, which runs at a concise 34 minutes, is also the band's first set of new material since their 2013 collaboration with ANECHOIS, Polymorphous.

Translating into "dissolve and coagulate" from Latin, the album continues the band's penchant for highly atmospheric guitar-work, and dynamic shifts in melodies — the song 'Cadence of Dissension' features dream pop band Pleasantry's Samantha Teng, and this is only one of many unorthodox choices that defines Paris In The Making, maintaining their status as one of the most refreshing acts out of Southeast Asia.

Solve et Coagula is now available on Bandcamp on various digital formats, but a limited CD edition has been released, and it looks beautiful.