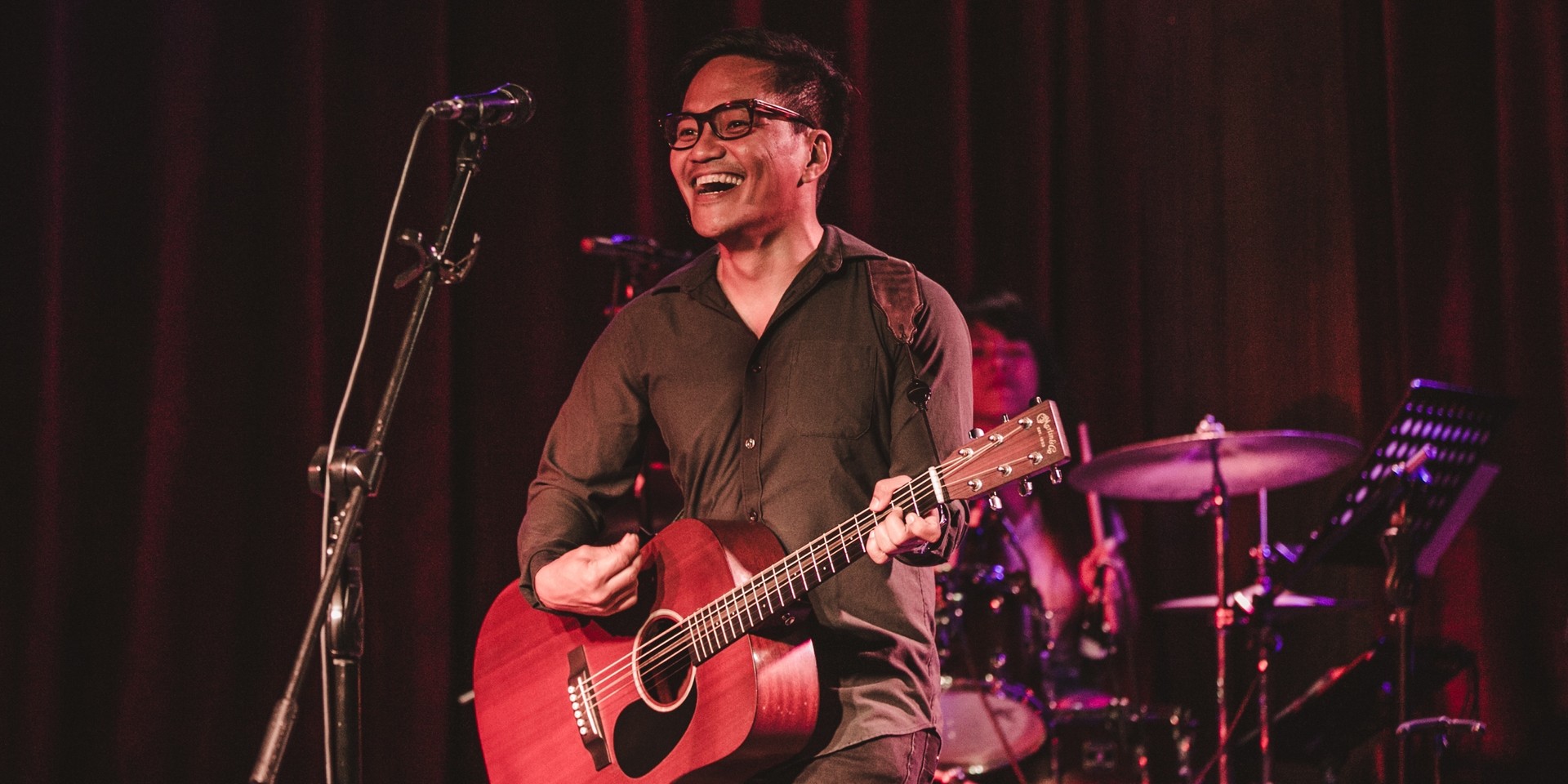 After a sold-out show last January 16, Ebe Dancel has confirmed the date and venue of the final leg of the Sa Wakas anniversary celebrations. Sugarfree's debut album turns 15 this year and to celebrate, the former front man will perform another special set dedicated to "the album that changed his life forever".

The final show for the Sa Wakas anniversary is happening on January 27 at The 70's Bistro.  For table reservations, call 433 8070 between 2 PM to 9 PM.
Doors open at 7 PM. Walk-ins will be accommodated by the venue. 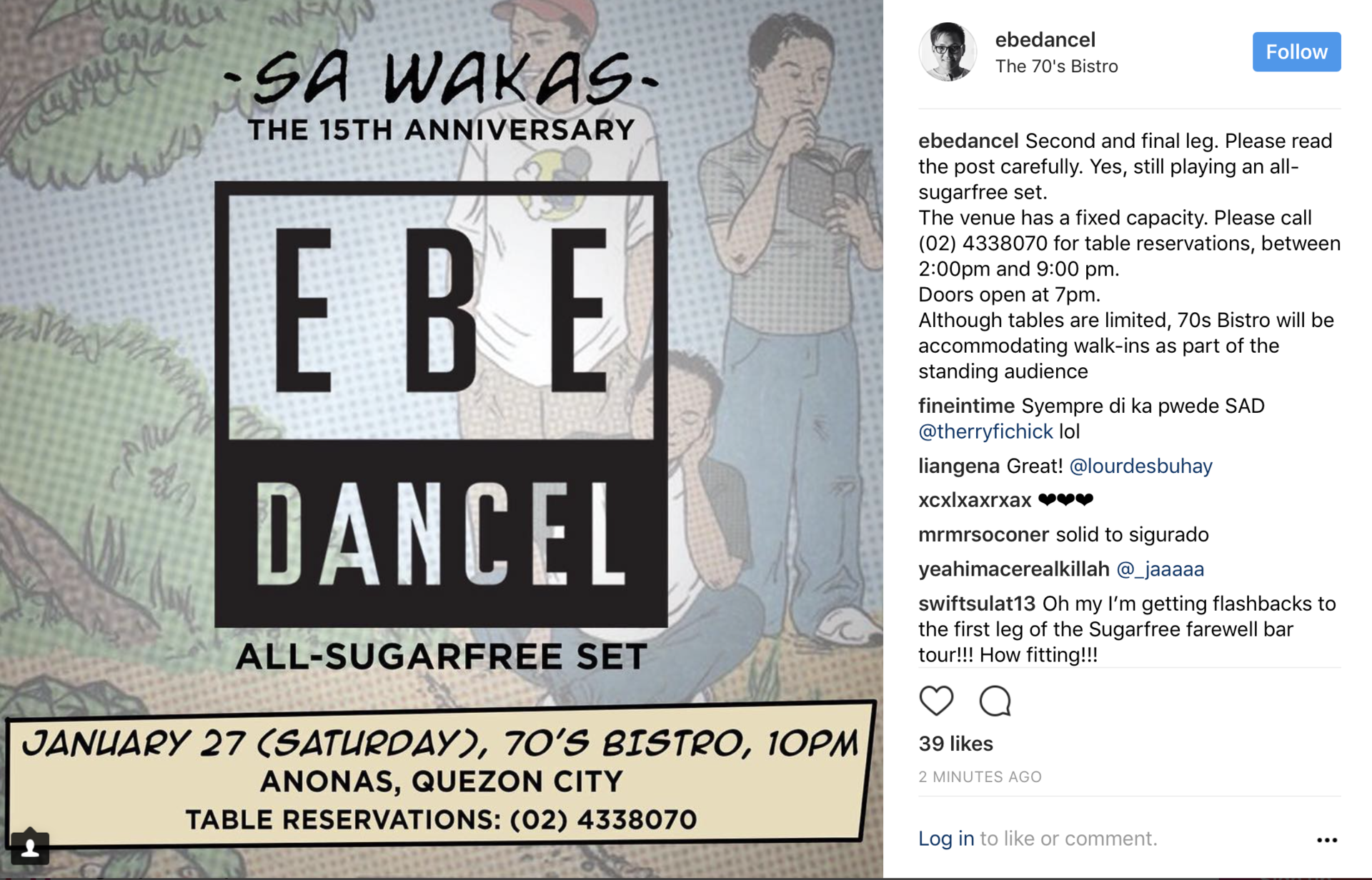 In several tweets, Dancel has expressed his joy and gratitude for the support fans have continued to show him throughout the years.

Grateful. Details of the second and final leg of the #SaWakas anniversary show will be announced soon. Mahal ko kayo.

Been getting tweets from people who werent able to get in last night. A lot of them stayed outside and sang along with me. You guys 😢

Best fans in the world https://t.co/2WhnUFCe8E

Still thinking about the show last night. Still tired. Still trying not to talk so my throat recovers for the next show. Still wondering why you keep coming to see me and ask for more after 20 songs. Still in love with music. Still so in love with you all