Icelandic folklore is a cavernous valley of mythical creatures; a collection of tales filled with magic, elves, trolls and spirits. It’s a culture founded upon their Norse heritage, a culture that holds nature sacred and being at peace with it. Massive fjords, volcanoes, waterfalls and geysers litter the land, all distantly potent and all strikingly picturesque in quality. Iceland simply feels unreal.

It comes to no surprise then that Sigur Rós - a band that shattered conventions we never knew existed and exponentially expanded the landscapes of music since their debut - would come from such a place. Lush, pensive and sweepingly profound, they’re a maelstrom of various sonic elements converging together to form an organic dosage of gorgeous soundscapes. A post-rock band indeed, but a band led mainly by vocals. Frontman Jónsi Birgisson sings in a signature falsetto voice (officially described as a voice halfway between Thom Yorke’s and a choir boy) and in Icelandic - employed not as a separate coexisting component, but rather as another instrument of amplification. Understood by few but felt by all.

The Norse deities acknowledged their arrival onto our distant shores with a pretty brutal rainy afternoon before the show. Like seriously, we couldn’t see anything much except rain and black clouds from inside the Bandwagon office. Jokes were made on Twitter and Facebook regarding the amount of money spent for the pre-show special effects. 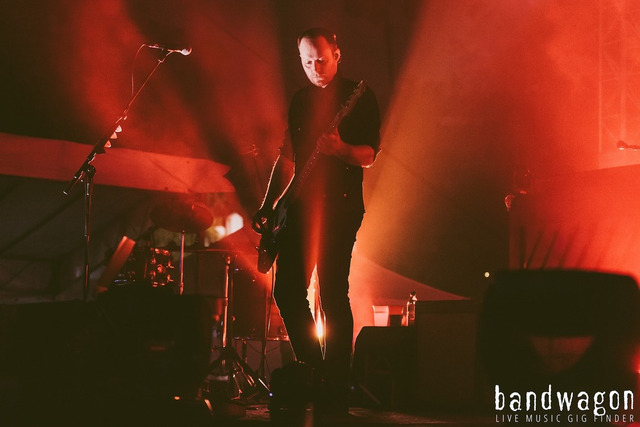 The rain stopped just in time for their sold-out show in the park. Cue 9pm and they stepped on stage to a five-minute long roar from all 9000 spectators in the park. I gotta tell you, seeing Jónsi in his ornate military jacket with tassels, creating those ethereal sounds with his electric guitar and cello bow combination, listening to his otherworldly voice... it was all sincerely surreal.

I mean you've seen these guys a million times - on Heima, on Jools Holland, on YouTube - and you think you're ready for the real thing. No.

Nothing can ever prepare you from seeing Sigur Rós live. It's an overwhelming experience, an immense wave of strange yet pleasing lights and sounds. Your mind is confused; what exactly is happening? How could anything create such moving a atmosphere? No earth-bound life form has ever produced such soundscapes.

And God help you when they start playing Popplagið. 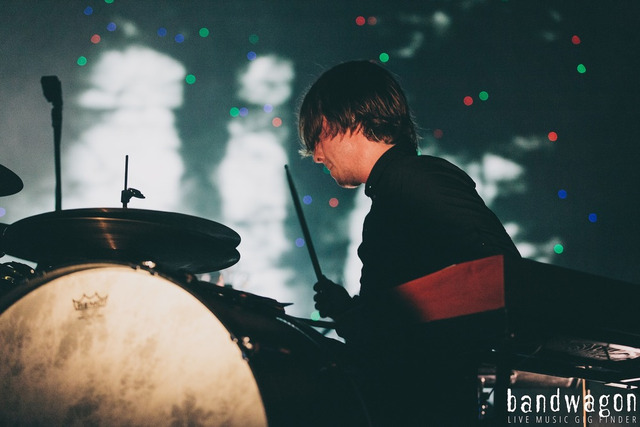 It's a purging of everything and anything that ever happened previously. A performance that starts off serene and tranquil but slowly progresses into something that taps into an ancient ethos, a primal release halfway through the song.

Remember the rain from earlier? It started pouring again, hard. Which was perfect. Being entirely drenched and cold in the park with nothing to protect us from stormy winds, we stood there transfixed on the pounding drums, the distorted bass riffs and the haunting echoes of Jónsi's voice. It was an incredible racket of noise that seemed to collaborate with the turbulent weather, a tactile extension of the music. By Thor's hammer, it was unbelievable. I think I smoked half a pack of cigarettes during the whole gig - I just couldn't take in that much emotion at the same time. 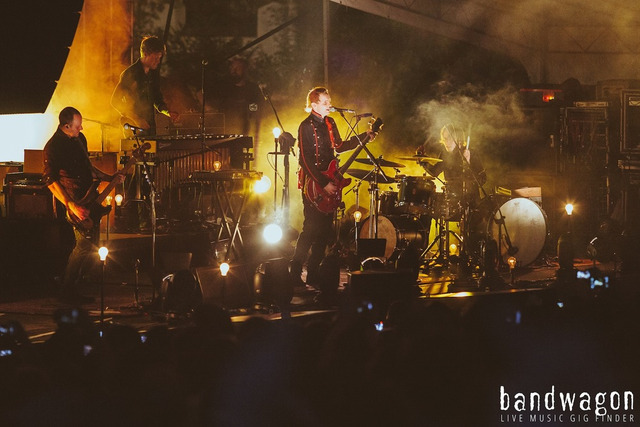 Surrealist theatre director Antonin Artaud believed that theatre should be a mystical, metaphysical experience, leading to the theorization of the Theatre of Cruelty, where “emotions, feelings and the metaphysical were expressed not through language but physically, creating a mythological, archetypical, allegorical vision, closely related to the world of dreams.” If he were alive today and attended the Sigur Rós show that stormy Friday night, he would have shed a tear and said to himself - “C'est de toute beat”.