It was a memorable Tuesday night in the city as Timbre Group celebrated the grand opening of Switch! The new live music bar, which opened its doors late last year, offers acts that perform both English and Mandarin songs, catering to a wide variety of music-loving patrons.

The grand opening was an exclusive affair, attended only by those who were invited by the management. As attendees made their way into the venue, a playlist containing both Mandarin and English pop-rock songs was playing over the speakers. The bar itself exuded a cosy atmosphere, with walls decorated with quirky murals designed by Sean Koh, which were then painted by graffiti artist Trase Oner.

It was a memorable Tuesday night in the city as Timbre Group celebrated the grand opening of Switch! The new live music bar, which opened its doors late last year, offers acts that perform both English and Mandarin songs, catering to a wide variety of music-loving patrons.

The grand opening was an exclusive affair, attended only by those who were invited by the management. As attendees made their way into the venue, a playlist containing both Mandarin and English pop-rock songs was playing over the speakers. The bar itself exuded a cosy atmosphere, with walls decorated with quirky murals designed by Sean Koh, which were then painted by graffiti artist Trase Oner. 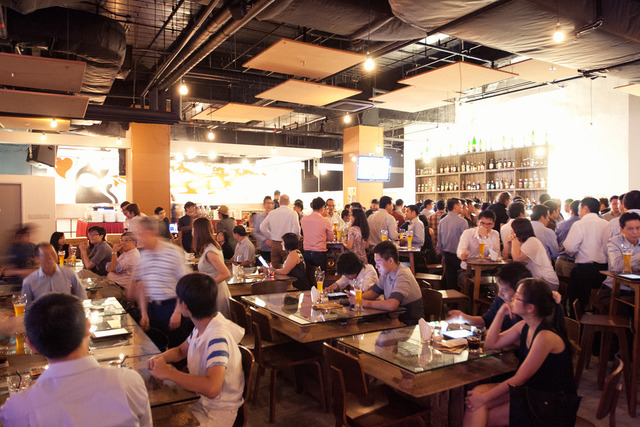 The location of the bar seemed quite unusual at first; at least it was to this reporter. It is located on the first level of the NTUC Income building at Bras Basah Road. On why this location, out of many other possible ones was chosen, Mr Danny Loong, co-owner of Timbre, explained, “A POSB bank used to be here, and it’s a very good location. Every time I think of using an ATM I would come here so this is an excellent location. Also, the MRT is nearby, plus professionals work in the area, along with students from SMU, it’s a diamond that needs to be groomed and shaped. We are very blessed to have our bar located here. Right now we just need to work hard in presenting the right bands.”

By 7.30pm the place was already filled with enthusiastic attendees as Timbre co-owners Danny and Mr. Edward Chia took to the stage to formally welcome everyone present.They shared with the crowd the journey both of them took to establish the bar.

“After two years of expanding into other F&B concepts and exploring other music-related businesses, it’s now a good time to come back to how we started out. We have always been motivated to continually come up with creative concepts for live music. After observing the scene for the last few years, we have decided to take a slightly different approach to live music – one that caters to the growing bilingual music landscape that Singapore enjoys - hence the idea for Switch.” said Mr Edward Chia, Co-Founder and Managing Director of Timbre Group, as quoted in a press release. 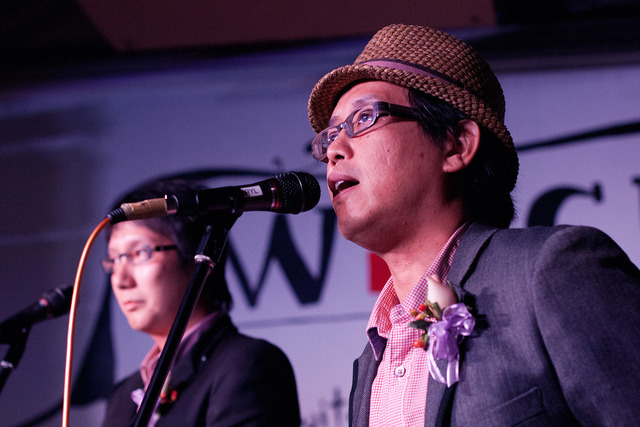 Soon after they departed the stage, it was time for The Switch Gang feat. Cheryl and Leon to perform. The band is one of the resident artists selected to perform twice a week. Concurring with the theme of the bar, the band played covers of both English and Mandarin hits. They started off with a soft and mellow Mandarin song (the name of the song escapes me, unfortunately) and then they immediately played the classic country ballad 'Love Me' by Collin Raye. They also covered other popular English and Mandarin pop songs, and played song dedications by some of the attendees.

When asked if there are any plans to bring out Singapore’s next Stephanie Sun or JJ Lin, co-owner Danny said, “We had the bar set up to create a space for our Singaporean musicians, who are mostly bilingual anyway. We wanted to highlight that, and to create a space suitable for that expansion, and along the way we hope to see some talented Singaporean musicians. We need to build up a culture, an atmosphere for that. It involves having that kind of space so they can express themselves and people can notice it.” Also, despite the emphasis of English and Mandarin music in Switch, it does not mean Malay and Tamil music are left out. “We are looking into that. We do know that bilingual doesn’t exclusively mean English and Mandarin. We might have special concerts highlighting those languages because being Singaporean doesn’t mean we only learn English and Mandarin.”

Reflecting on this, he also noted the current support for the local music scene in general. “We definitely need more support in terms of audiences. For me, it’s a shame because for example, when I’ve played with my band in other countries such as Malaysia and Indonesia, the response there is very positive and natural. I think the support from Singaporeans is not bad but it can be better. Support for our musicians is very important and it starts from a change of mind-set by acknowledging them as professionals, as artists. We need to start acknowledging that being a musician is akin to taking a professional career here.”

With Danny’s wise words, it reflects a lot on the bar as it is truly dedicated to exposing great talent on both sides of the English and Mandarin scenes. Here’s hoping some of them make it big. 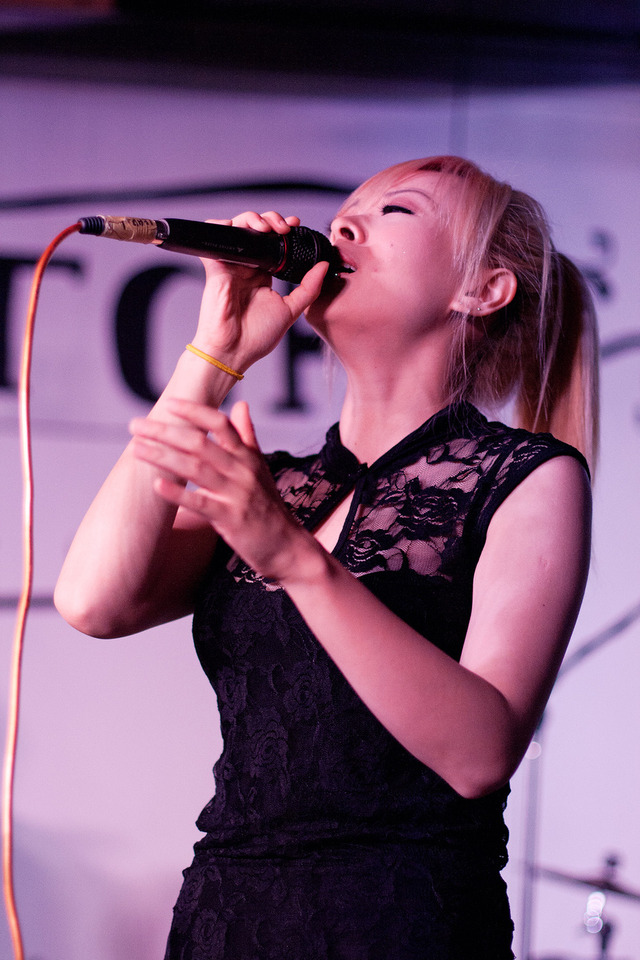 We had a chat with Cheryl Tan, the sprightly female vocalist of The Switch Gang and also one of the resident artists at Switch. Age 3, she took up piano lessons. Age 9, she was already playing pop tunes such as Jay Chou. Her involvement in music carried on as she pursued her Diploma in Sonic Arts in Republic Polytechnic.

On how she started with The Switch Gang, she said, “It was actually Luke (the drummer) who went out and started scouting for people to join the band, although I think he already knew the other members much earlier before they joined. So it just happened that he found me and asked if I was interested to join the band. Leon (the male vocalist) just joined us recently last year.”

Although relatively new to the music scene here, she has played at other bilingual venues before she landed the gig at Switch. She added that she would like to focus solely on either English or Chinese music in the future. And when asked if she intends on being a full-time musician, she said “For now, no, but if I end up doing well here in the scene, probably yes.”

Her music inspirations include Adele, who she mentions almost immediately and also local singer Stephanie Sun, a big figure in the Asian music industry. Only time will tell if Cheryl will follow her footsteps.