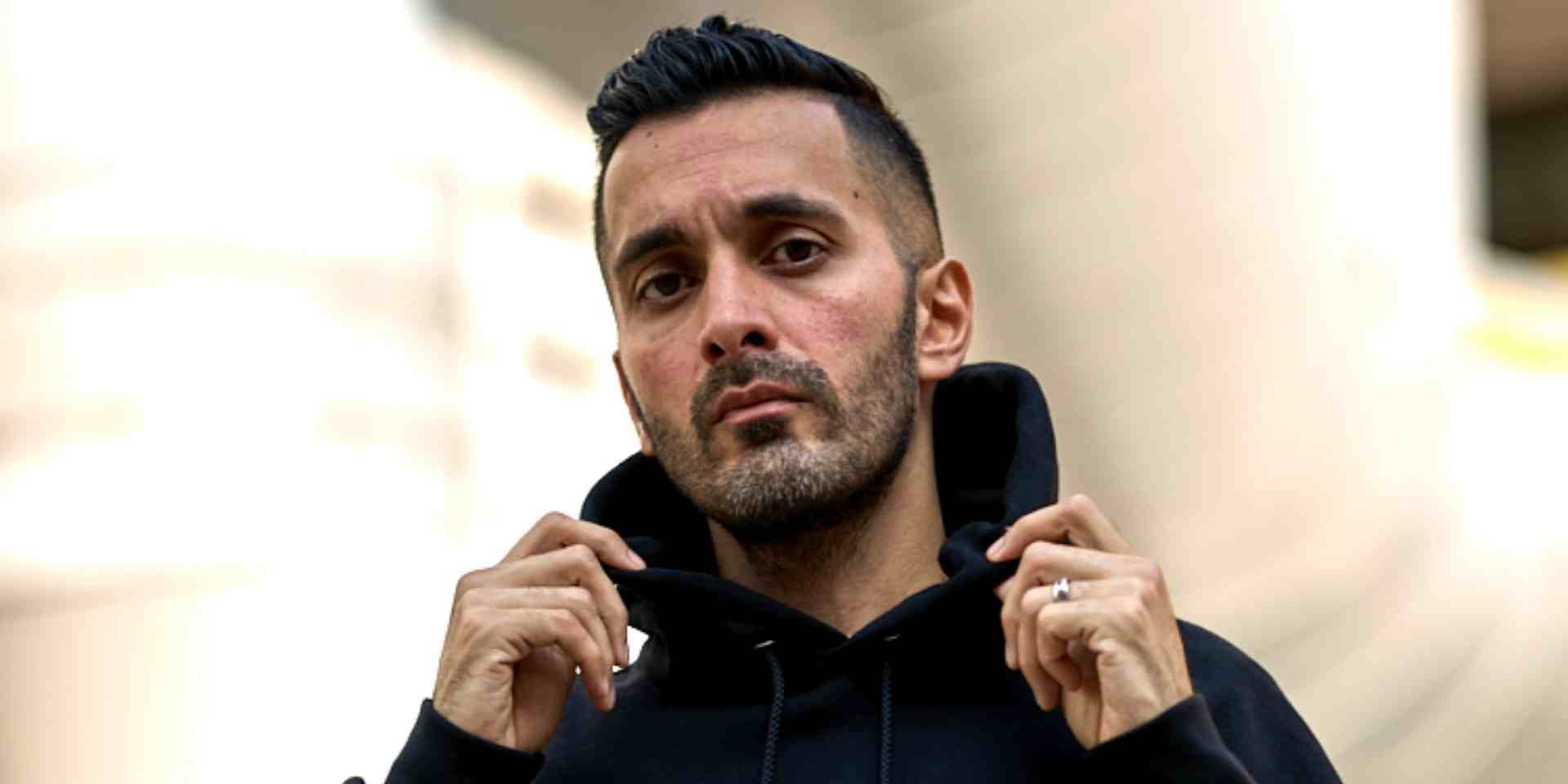 A subculture is a safe space for those who don’t want to be crushed by the problematic embrace of the mainstream. Vijay Singh, who MCs and produces house-leaning music of a distinct celebratory spirit as SWTLKR, swears by the value of such havens.

In his own capacity, he is also instrumental to the endurance of the disruptive power of the dance music underground in Singapore. As the choice MC at Kampong Boogie, a genre-agnostic night held in unconventional locales and which privileges local DJs, he is the ringleader the growing crowd takes its cues from, the spiritual force that alchemises the DJs’ offerings into verbal blessings for the flock to imbibe.

In the following interview, he fills us in on how he discovered what came to be his calling and his recent album First, Love.

Tell us about yourself and Kampong Boogie.

My name is Vijay, also known as SWTLKR. Kampong Boogie is something that happened almost by accident. I met this guy a couple of years ago who's an indie guy, but he's always wanted to do parties with a broad selection of music. The idea behind Kampong Boogie is to counter the obsession with guest and international DJs. The guy behind this thought, "Hey, why not we do this night where we can let all the local boys play – but we keep it super eclectic.

So, basically, in one night you can cross between hip-hop and drum and bass, house and techno, with reggae, funk, soul, tropical, disco – whatever! We just book all these guys, and let them play back-to-back. And for some reason, that kind of works. Because if you look at the younger demographic that comes and attend these shows, they are not looking for four hours of pure house or techno or trap – they know they can go to clubs for that.

Kampong Boogie is also known for its staging in unorthodox spaces.

The nature of Kampong Boogie is also that it's held in unconventional venues; such as an open-air carpark. It just takes you out of the club environment. It puts you in this non-club space – a little bit gritty, a little bit raw, a little different. You can go to regular clubs where you know the location, the opening hours, the artists and the genres – it's going to be the same thing for one whole night. With Kampong Boogie, it's sort of a reverse formula, in a way – a different venue every time, and where there's an emphasis on local DJs and mixing it up in terms of the genres that are played. 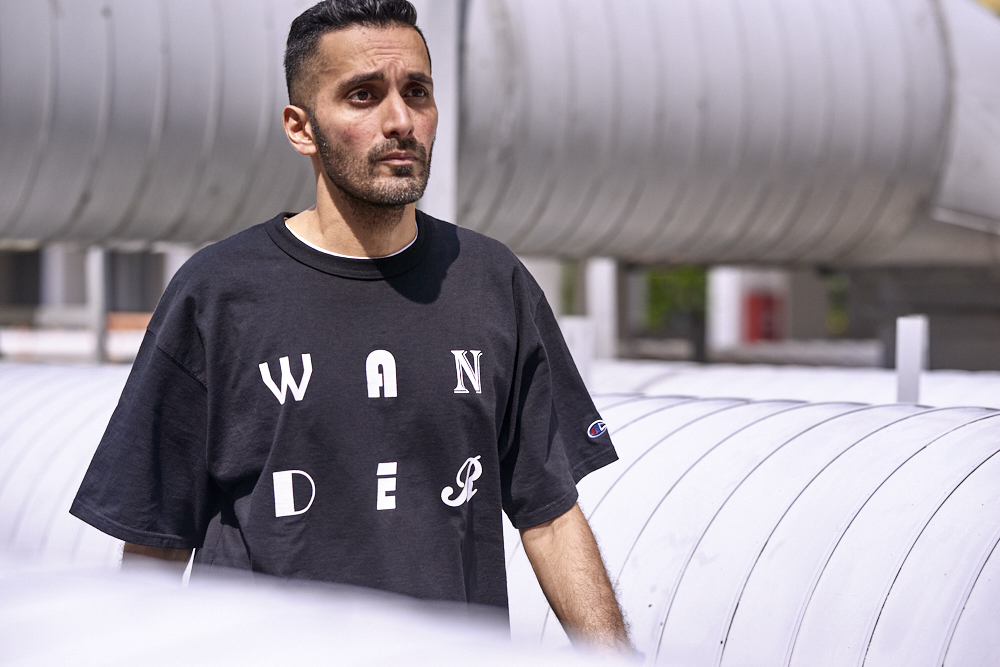 And what drew you to MCing and dance music?

As an MC, I started out with drum 'n' bass in the late '90s, early 2000s. One day, I was just kind of thought, "I like this vibe and I think I can add something to it”. That's how I got into it. Back in the early 2000s, there were only like two MCs for drum 'n' bass – myself and Kane. Coincidentally, Kane and I came from the punk/hardcore circuit. For us, it was a natural transition from into drum and bass because it's about aggression, and all about being fast.

Over the years, I started producing electronic music and I started out with drum and bass, jungle, and all that stuff. But as I grew older, I broadened my horizons and got into other genres such as house, broken beat and hip-hop. I was diversifying a lot. And as a producer, I also started getting more interested in house music and things like that. It was just a natural evolution.

And as I got even older, I realised that I could try to MC to house music – and it worked! Drum and bass shares a lot in common with punk even though the music is drastically different. A lot of the ideologies and values are similar; they preach the same things about love, unity, rebellion, being who you are and being what you want to be. I think those principles cut across a lot of different genres. And a lot of the early house music out of New York or Chicago was built on the principle of "We're the freaks" – LGBTQ, being people of colour etc. It was a statement: "This is our music. This is our rebellion. This is our place of acceptance”.

Look at the early Chicago house scene: That was the culture that was built out of those sentiments. And in some way or another, I relate to that. Over the years, I feel like I've gotten into all these different forms of music because it's pretty easy to appreciate and find commonalities between them. So, I don't call myself a ‘house’ guy or a ‘drum and bass’ guy because that traps you.

Unfortunately, the clubs here are still stuck in that phase where they specifically identify with being a "house club" or "hip-hop club". Right now, music is shifting into this genre-less place. In the past, the genre-less space was known as experimental music. But it doesn't really have to be experimental now.

Would you consider your album First, Love a house record?

For me, it's two different things. One, I was trying to figure out what my first love was, musically. Over the years I've been using software and computers, and I felt like I was losing it – I'm not excited anymore. I had access to all this super cool new software and equipment that you can use to sound contemporary, but at the same time, I was feeling a sense of being lost. So, I kind of went back to the first equipment that I bought – a super basic and rudimentary drum machine, the Roland Groovebox, on which you don't really have this world of opportunity.

Let’s talk about your upcoming show with Preditah and Back To Life.

Basically, the guys at Collective Minds are pretty tight with Preditah and Back To Life. And those guys are coming out here, so we thought we'd do something with them.

UK garage and the stuff I grew up on, was where I got my passion for being an MC. I got into making music pretty early in life, and then being an MC was sort of like a Phase Two. I was into all the UK grime, garage drum 'n' bass stuff. So, Preditah coming here is really exciting because he's from that life and I think it's going to be fantastic because that sort of sound is back in action again. 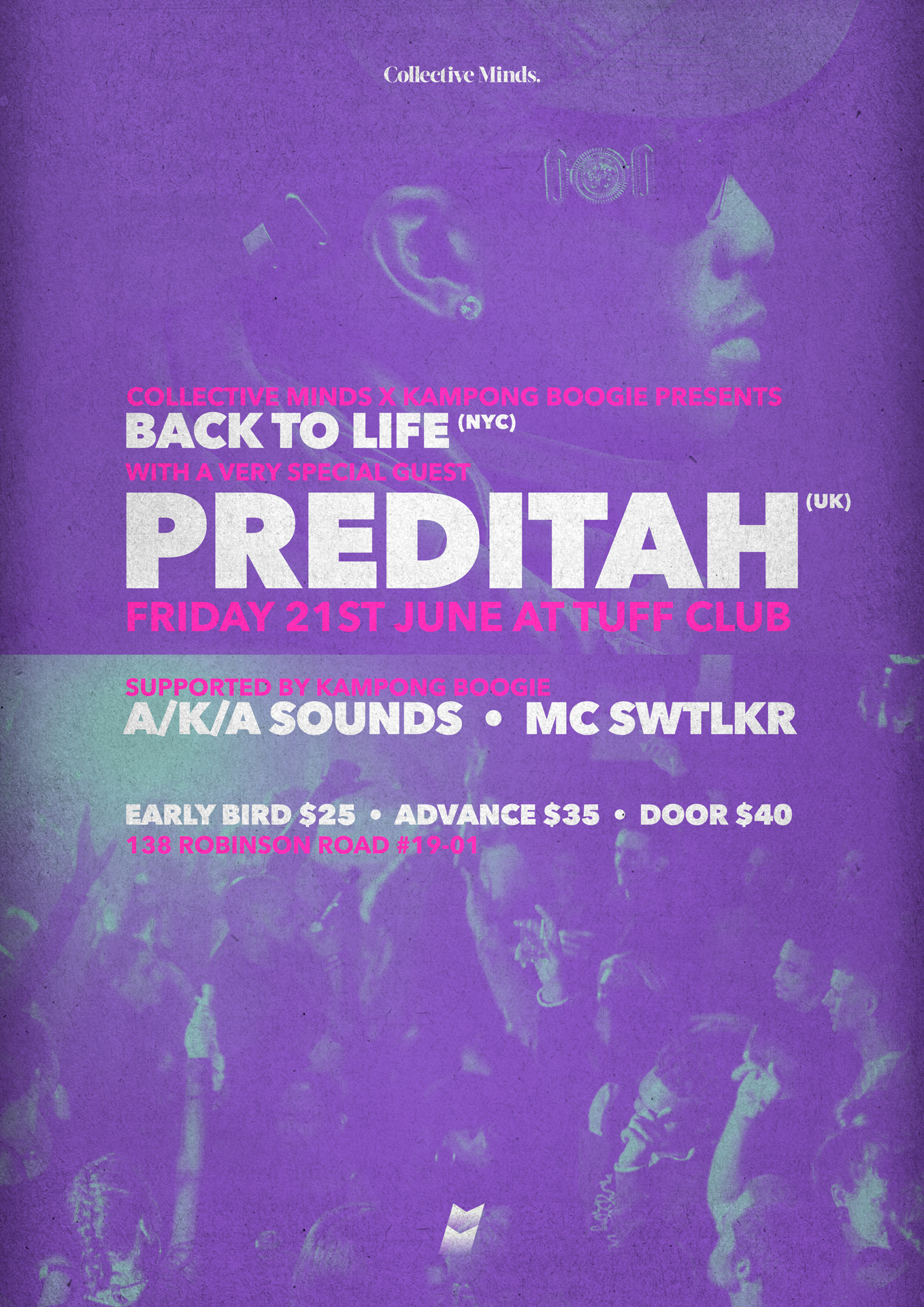 Well, Kampong Boogie, in the same way that Back To Life operates, is a broad approach to music. If you look at the Back To Life parties, they don't just do purely hip-hop – it's a bit of everything. In that way, with Kampong Boogie, it's like we're bringing all these different sounds and palates into that party and just mixing it up, really.

Finally, having been active for a long time, what still gets you enthusiastic about going out to parties?

For me, at the end of the day. I feed off energy. And the best energy that I've had for the last two years was from Kampong Boogie, just because there's a certain amount of authenticity to it. It's real – again, it's not a club. The DJ doesn't only play four-four music or a single genre all night.

Sometimes, with Kampong Boogie, the toilets don't work, the bartenders are slow, there's a long queue, shit doesn't work – it's a mess. But all these elements kind of makes it what it is. The realness, which is very much missing in this manufactured society of pristinely clean Singapore, is kind of where the magic of Kampong Boogie lies. The last time I felt this kind of vibe was in the late '90s, early 2000s with the drum and bass scene. It was rough. It was raw. It's a "Fuck this shit! We do what we want to do" kind of thing. And I feel that coming through again in a new way. People want that gritty side. Again, there's appreciation for music that isn't heard in clubs all the time.

For me, it's just pure fun. I'll MC to whatever genre they might be playing, whether it's house, garage, hip-hop, trap or whatever. It's more about the energy and what you're getting back in return.