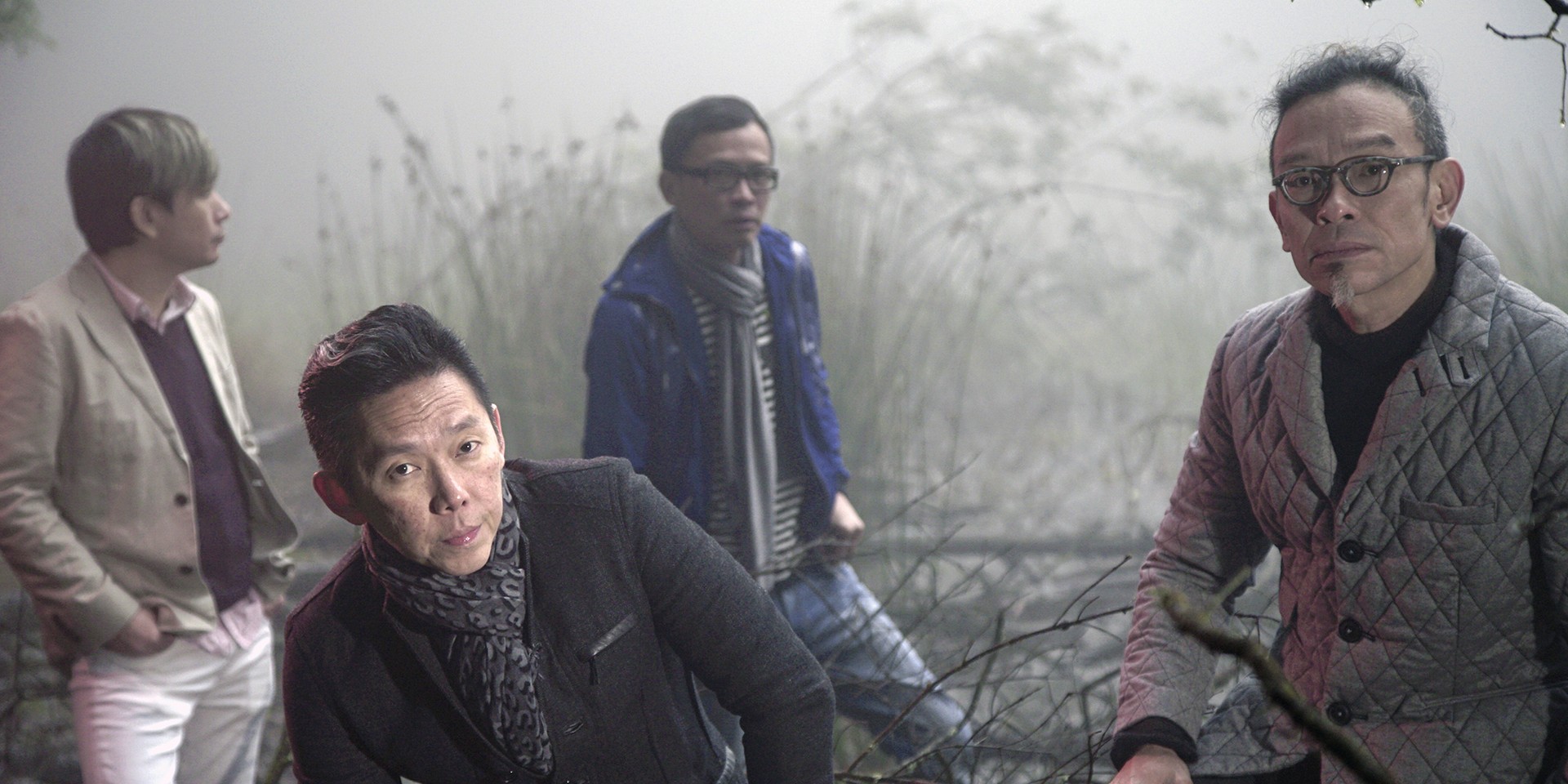 The distinguished T'ang Quartet are wholly disciplined in their craft, but their best lessons were learned outside of school.

The biggest one? "To think about music first. Teachers will always talk about techniques, always not think about the music first," violist Lionel Tan tells us.

The long-running classical string quartet — made up of Ang Chek Meng (violin), Ng Yu-Ying (violin) Leslie Tan (cello) and Lionel Tan (viola) — has had an illustrious career, but Lionel opens up about the challenges they face as musicians, the relevance of Bach, and their upcoming album, Trampled Souls, in which they "explore the magical, giddy whirlwind called Life."

The pieces in the album share commonly dark themes, but as Lionel tells us, "it’s really accessible, as long as you know what the basic story is about."

Why the name Trampled Souls?

It’s just because of the title of the last piece [on the album], ‘Lament of the Trampled Garden’. So it was quite nice and Leoš Janáček’s 'Kreutzer Sonata', which [cellist player Leslie Tan] was explaining, is about suppression/oppression of human rights of women in particular.

So, again, it's about the idea of being “trampled”. That sort of linkage, so the main two pieces ‘Lament of the Trampled Garden’ and ‘Kreutzer Sonata’ are the main links [to the title of the EP]. The funeral march (by composer Aulis Sallinen) is just because it’s called the ‘Funeral March’ and "trampled" then okay lah. But no, we actually like the piece. (laughs)

How did you hear of the pieces?

We hear people perform at various festivals, along with personal recommendations. When people hear us play, they sometimes go "Oh, you should play this piece I know that suits you guys very well." So okay, we try, do the research and go listen. As musicians, we do have to actively do research and to be current. It's the same with pop music and indie music, you have to be current with what’s happening in the international scene — what quartets are playing, what’s popular and what’s nice.

If you listen to the whole piece, it’s actually very fun. It may start off slow and dark, but then it goes through several stages. When it comes together, it sounds surprisingly accessible to audiences who are not classically trained. They just listen and say "Eh yah, oh wow, this piece can work." And we know because we have management who aren't classically trained, so we have those ears.

Chek Meng mentions that this album is your most “challenging album, physically and mentally.” Why is that so? Tell us more about it.

Very few members of the public have a sharp ear to hear the little mistakes and imperfections. It’s a live performance, there’s always moments of passion or inspiration or rawness. That’s okay. But when you record, you are capturing it in a permanent document.

When people listen to a recording, they can afford to hear more details, and they're privy to the imperfections. There are the small things that all come across in a recording, but in live situations, you simply accept it as part of the experience.

Leslie was quoted in the press release as saying, “Trampled souls is akin to our lamenting over the loss of innocence, both of our times and ourselves.” Did this album feel like the group’s reactionary piece of work towards our modern political climate?

We were asked to give a personal reflection of the album and this was Leslie’s personal take on the album.

The album title has its meaning, but to me, the pieces are lovely with moments of melancholy. It starts off with yearning and brings back memories of happier times, and each piece just goes through a range of emotions.

So it’s a journey of any normal person’s life, that’s how I see it. And it ends quite peacefully, it ends with acceptance and you are at peace with how events have evolved. That’s how I actually see it. The 'Funeral March' is actually very quirky, exciting and technically well written as a composition — it's also totally accessible to a general audience. Those pieces are not that heavy.

The really, really heavy one is actually the Janacek. Janacek is really intense and heavy. But again, it’s really accessible, as long as you know what the basic story is about, you can really visualize it mentally as the performance progresses — you can really see the action unfold. It’s a really accessible piece, but also very intense.

Look at pop song covers — some people do them to add a personal spin to it, whether if it's a new riff or whatever. There are also people who, when they do good covers, they express the meaning of the song in a different way — like the song 'Hallelujah', and how people revere Jeff Buckley's version compared to Leonard Cohen's."

I think once you are more comfortable with the piece, you are able to be more liberal with expression.

It’s like, you are not struggling with it technically anymore. When you're learning a piece, you will probably learn the notes, the rhythm, and the chords and then you try to memorize and the teacher will try to say, "Put some emotions into it, put some feeling into it" and then that's when your interpretation comes into play.

But when you start with a new piece, you're still preoccupied with the technical execution of the original composition, thinking where the notes are and sometimes like, "Oh, this chord very difficult." So, you're not focused on the music yet.

With any student that we teach, your technique is determined by the music. You should start off by thinking about the music, because technique is playing beyond the notes. That one we can do, conservatory students and even SOTA students can do. You should be able to get the note in tune. If not in tune, you practice lah. How you execute the note is what determines the technique. It’s not just where it is, but what the articulation, texture and volume are.

That information is only possible to decipher when you understand the music. That’s why music shapes the technique. So if you want to think of the music right from the beginning, then you are not only thinking about the music, but also the technique at the same time.

But how has the Quartet's interpretation of songs changed?

The more you understand the music, the more you see how the composer is trying to express himself.

Any good musician should not hesitate to reinterpret a piece. You should always ‘"Hmm, how can I read this differently?" Look at pop song covers — some people do them to add a personal spin to it, whether if it's a new riff or whatever. There are also people who, when they do good covers, they express the meaning of the song in a different way — like the song 'Hallelujah', and how people revere Jeff Buckley's version compared to Leonard Cohen's.

There are so many versions — some are really bad, and some are really good. They really capture the essence of the song and the pain of the song. So that’s the same thing when you are looking to reinterpret — if you don’t think of the song, of its meaning, then you are only stuck at a basic level. If you actually think more about it and research more, and always have an inquisitive mind, you learn. It’s the mind that teaches you, that’s what I believe. 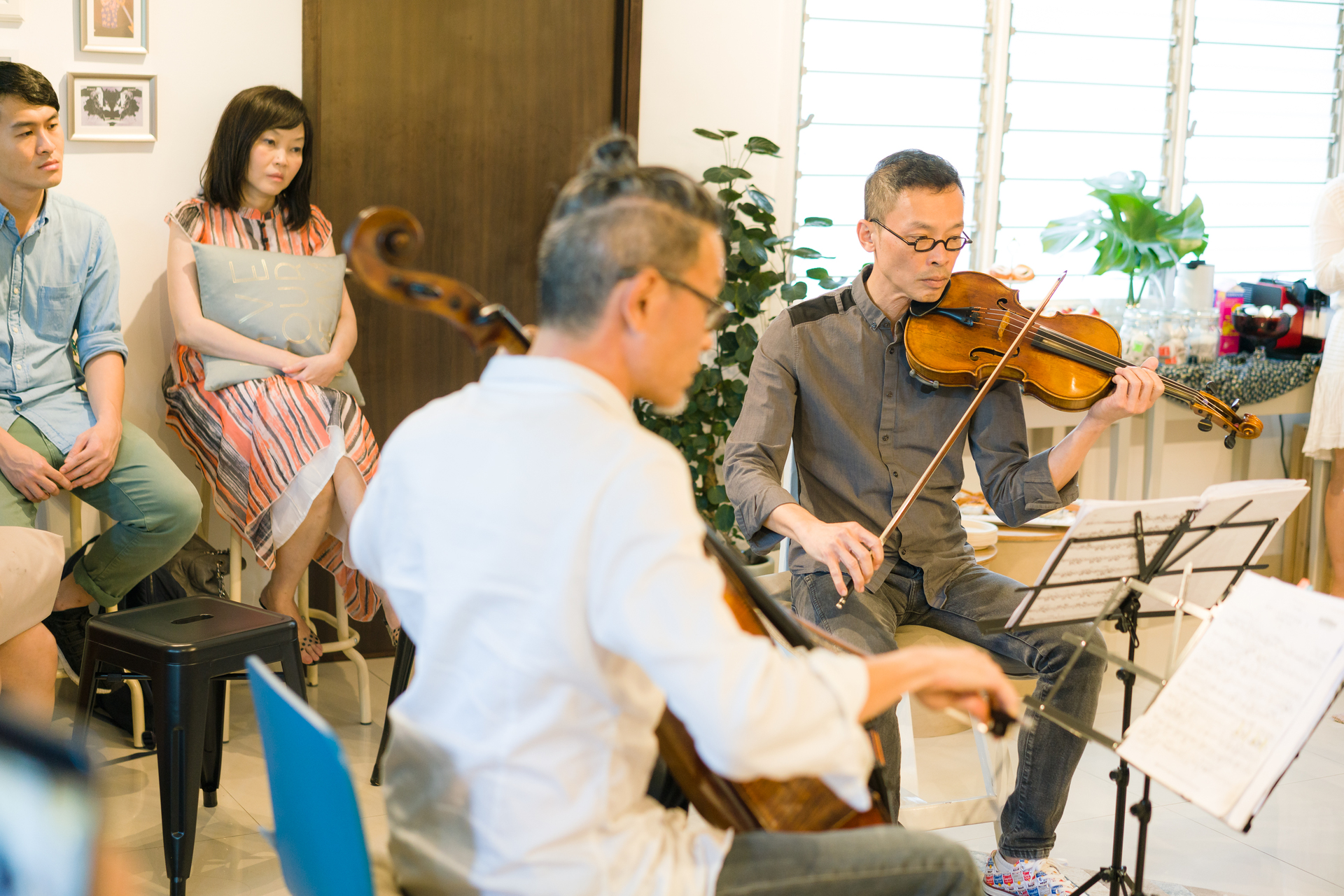 What are some ongoing challenges as musicians?

Physically. As a quartet, we hardly repeat our repertoire, we always want to learn new stuff. When you learn new material, it requires a lot of time and becomes quite physically demanding to your body. We are not young anymore so we get all the aches and pain — shoulder pain ah, arm pain, whatever pain. Those sort of things happen. That is one of the challenges.

Some things get easier with time. We understand each other as a quartet better than 10 years ago, obviously.

It's always a challenge to garner new ideas. It’s not difficult but it takes a lot of effort. You always have to think outside the box, you have to do your research, you've got to know what’s happening. That’s the effort. It does not mean it’s getting more and more difficult or getting tiring to do it, but it is one of the more demanding parts of putting up a performance.

Teaching and performing, which do you prefer?

We like both a lot. I wouldn’t say that any of us prefer one or the other. We like both.

What is the most gratifying thing about performing live?

The connection with the audience. You can feel the energy of the audience. That’s the joy we have — like rock stars on stage when you see the audience and their reactions.

A preview of T'ang Quartet's reinterpretation of Erwin Schulhoff's 'String Quartet No. 1'.

What are some classical pieces from any era that you feel are still relevant in this day and age?

But if you look at some of his symphonies, they are still relevant to this age. Even Gregorian chants feel relevant to me — it’s where and how you listen to it, and whether it resonates with you.

How do you pick songs to fit the current audiences?

We pick songs that we like. Most of the time when we like it, we are able to play it well and that, somehow, convinces the audience that it’s worth listening to. We always consider the audience, the setting and what kind of occasion it is. Obviously, we don’t want to play a Beethoven concert in a park (laughs). We find pieces that are appropriate for the occasion and the audience.

What can audiences expect from your live shows?

Always expect the unexpected. It's so cliché, but I really mean it.

Whenever we do big productions, in the Esplanade Concert Hall, for example, we present our modified classical pieces in a very different way with the setting that makes sense, with the theme of the concert that makes sense. And that’s one of the reasons people come to our concerts because they are always thinking, “What are they up to next?” That’s something we are very proud of.

But our next one will be at the Armenian Church, it's a venue we’ve never played in. It’s a beautiful place, and I’m sure we will do something different.

This interview was edited and condensed for clarity.

Trampled Souls is scheduled to be released on July 28th. T'ang Quartet will perform the entirety of the album at the Armenian Church on July 30th, with performances scheduled for 3pm and 7pm. Tickets available here.