Sometimes, a baptism can feel like a drowning. But when you come up for air, you're born again.

Coming off the end of a relationship and departing from the record label that groomed her into the upper echelon pop force that she is, Tabitha Nauser is at the point in her arc where transcendence is the move. Aesthetically and instinctually, she's in the midst of a tremendous transformative energy that is shaping the woman she is and the music to come.

Last week, the Singaporean chanteuse released her debut EP things i should have said, the first reveal of her soundtrack of independence.

In the ensuing interview, she talks about how her life has influenced art and what that in turn implies for her expressive vision.

What made you want to go independent?

There's not a lot of drama with the label. I've been with them for three years. This year was supposed to be the last year of our contract, actually.

For the longest time, there had been a lot of talk about this EP coming out. We had a lot of back and forth about it; there were a lot of reiterations about what this EP was supposed to be. I think, ultimately, at the end of the day, it was just a case of us not really being on the same page. I had an idea of how I wanted the EP to sound, but they were a bit more focused on putting singles out and waiting for the right time. I completely understand where they're coming from with that, but for me, I've been talking about the EP for the longest time and I really want to put something out that I feel is honest and is me. I didn't want to have to wait a little bit longer. I'm not getting any younger. I felt like now is the right time. I knew what I wanted to say with it, I knew how I wanted it to sound, and I figured I might as well just do it myself.

That's basically what happened. The contract lapsed but we're still really good friends with the entire team. I don't think I would have gotten this far without them, so I definitely acknowledge all the work they're done. But I am very excited to be able to go on my own now and see whether other doors open or not.

What kind of headspace has this put you in and how do you feel this is going to shape your music?

I'm not going to lie. It was very overwhelming for me, because when you're with a label, you're with someone who can point you in the right direction. You have a team who is ready to go. Now, I feel like everything is on me and it's scary, but at the same time, so liberating. If I wanted to drop a song tomorrow, I could do that. I don't have to get permission from anyone.

But honestly, this couldn't have come at a better time. I felt like anything that could have gone wrong, or was meant to teach me a lesson, happened this year. A lot of that has shaped how my music sounds now. In the past, I had a lot of different ideas of how I wanted to portray myself and what I wanted to stand for. But my priorities have changed and I'm focusing on different things now. That all adds to how the music sounds.

It feels like this is a new start. I could literally do anything I want to do right now.

Give the people some background of things i should have said.

All of the songs in this EP stemmed from deep emotions I experienced. I was upset about quite a few things, so I wrote about them, because that's a natural way of dealing with them.

These are new songs and these are people I've worked with before. I worked with August Rigo, an amazing songwriter who has worked with Kehlani, Chris Brown and Justin Bieber before. He's R&B through and through, so much soul, and he knows how to write really well. When you explain something to him, he just gets it and knows how to translate that into song. I felt we were very much on the same wavelength in terms of what kind of music we like and where I was trying to take this EP. I also worked with Shaykhandbake, and two Australian dudes called DNA. They're very pop-centered, but I felt like it just worked. It was for the song 'wyd?', the last song on the EP.

Everyone I worked with on this EP was so easy to connect with, which was why the songs turned out the way they did. I got to work with people I felt I was on the same wavelength as, which is so important when you're trying to produce something.

You show a more introspective and personal veneer  here than in your earlier diva guise. Are they both sides of the same coin?

I am very much a person of extremes. I can be extremely loud, extroverted and confident, but a lot of people who know me on a personal level know that I'm very inward and quiet. I'm not loud all the time; I'm very much in my own headspace. This album is more me in that sense, because it's a reflection of how I am on an everyday basis.

But I never thought about that when I was doing the EP. I wasn't thinking, "Let's give them something completely different and opposite from what I've done before". This EP was therapeutic for me because I was able to get things off my chest, and that was what I was focusing on. It was more of me saying what I want to say in the easiest way possible without too much fluff, as honest as I can be. 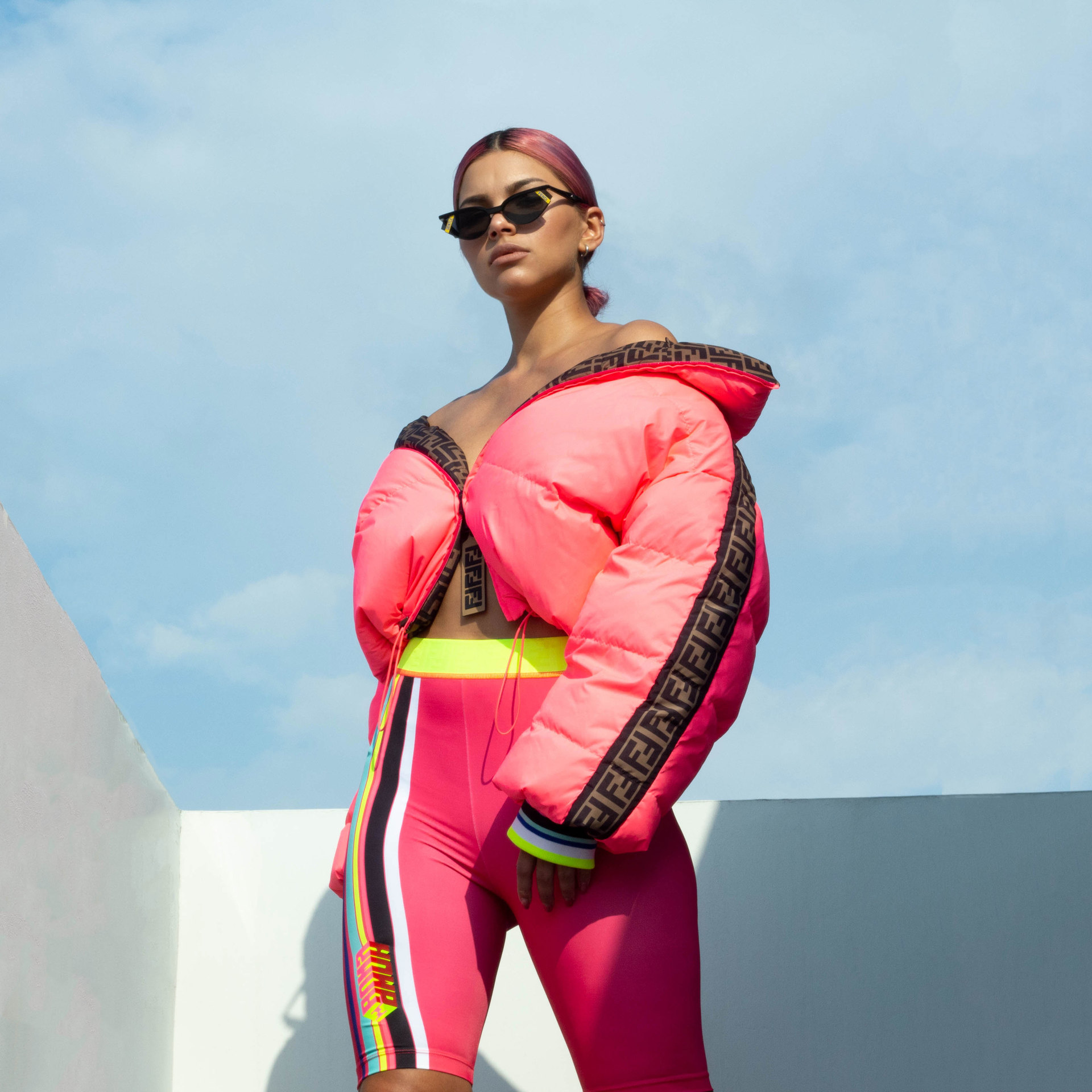 You've done breakup songs before, but 'warning sign' bleeds a lot more. What does this song mean to you?

I feel that this is the only song in the entire EP that still sounds like stuff I've done before. Essentially, it's a dance song – a little bit poppy, more energetic and fun. Those are the kind of things I love performing live more.

For this one, I guess what's different is, I was not thinking much about production when I was writing these songs. It was more of what can I say and what I want to put in this song.

I fall head over heels very quick, and I tend to not look out for things that could be flags. That's what this song is about. 'Bulletproof' was the same premise as well. It really is me realising that I'm doing the same thing again and I need to stop. That's what the premise of this song is. This is a heavy topic, so I thought let's not make it so emotional, let's put a fun beat to it so people still want to listen.

'hurricane' feels like the emotional centre of the project. Refreshingly, it's also acoustic-led.

When I wrote the song with Jai, this Australian singer-songwriter, and Jessica, who goes by Kota Banks, we were sitting down and thinking about how we're going to write it. Interestingly enough, we brought up the topic of a relationship that has reached its end but you don't know how to tell the other person. We came up with the interesting image of a candle in a hurricane that, for some reason, is still flickering. The light is still there, it's not going off, when in reality, it should. We wanted to give someone a visual image when they're listening to the song.

I liked it so much in the demo stage – literally, I was just singing it on guitar. I kept listening to that version and I really liked how it sounded, so I didn't want to mess with it too much, because it's going to take away how raw the song is. I want people to listen to it the way I fell in love with it. That's why this song is the way it is, as bare as it is. 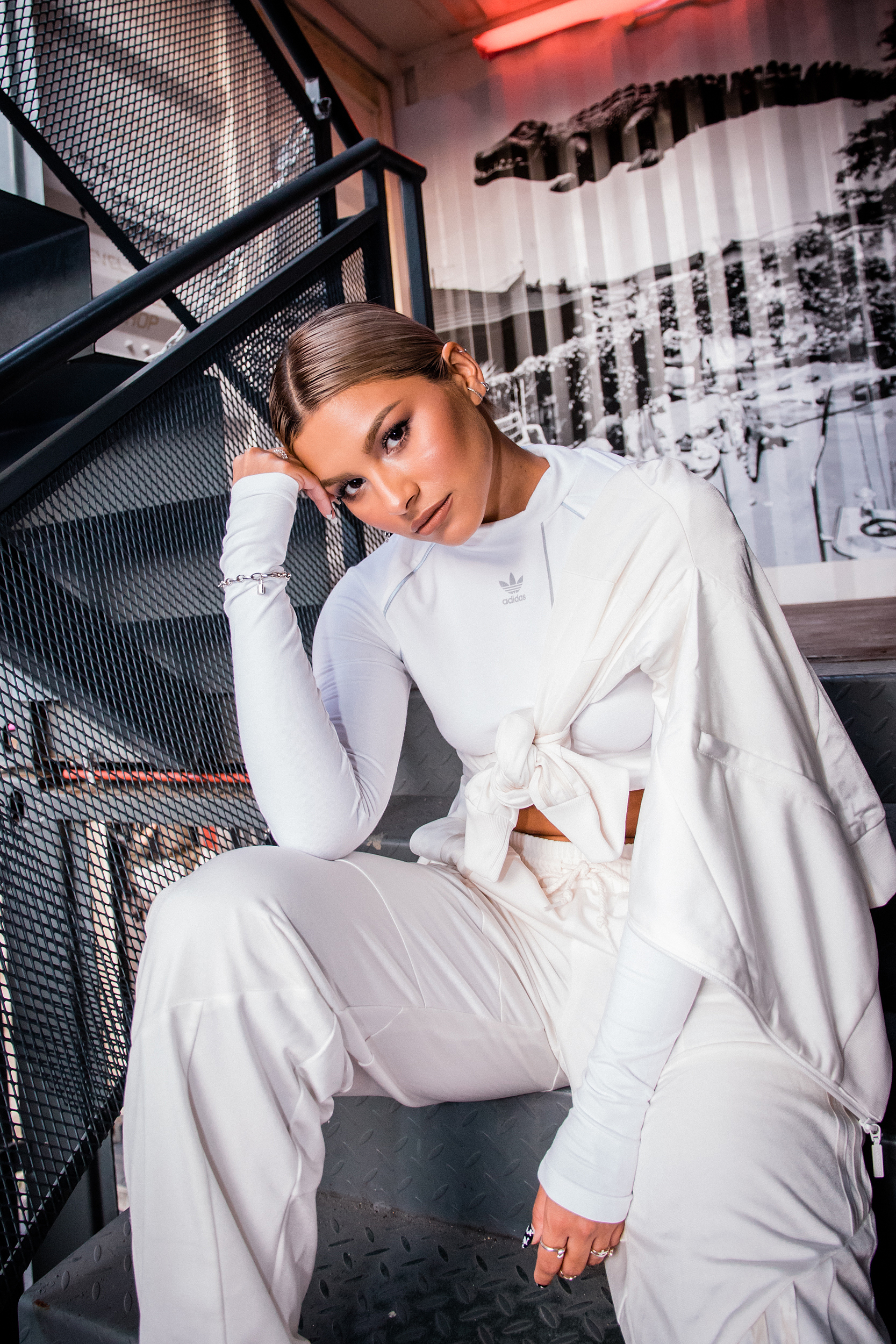 This is the most wounded you've ever portrayed yourself, emotionally. Did it hurt to get it out?

I sat on the song for a long time, because I wasn't sure if I wanted to put it out there. I didn't want people asking me questions about the song, because then I would need to talk about things that maybe I'm not ready to talk about yet. I sat on this song for like two years. And then, I stumbled upon it again this year, listened to it again, and it just hit me in an indescribable way. That's how I felt then when I wrote it, I feel that way now, but I'm in a better place to be able to talk about it. That means I'm ready to put it out. That's when we started working on it.

I'm glad I'm in a more comfortable place now, to be able to talk about it and have other people listen to it. If they're going through the same thing, they have this song to fall back on.

Lastly, now that it's out, did making the EP do for you what you wanted it to do?

For me, it was like, "it's done now". I have these questions in my head but I'm not pursuing them. It helped me close off things. It was cathartic, in that sense. Breakups are never easy. You go through so many emotions, like a never-ending loop. Writing it helped me get over it. That was one chapter, I'm moving on to something else.