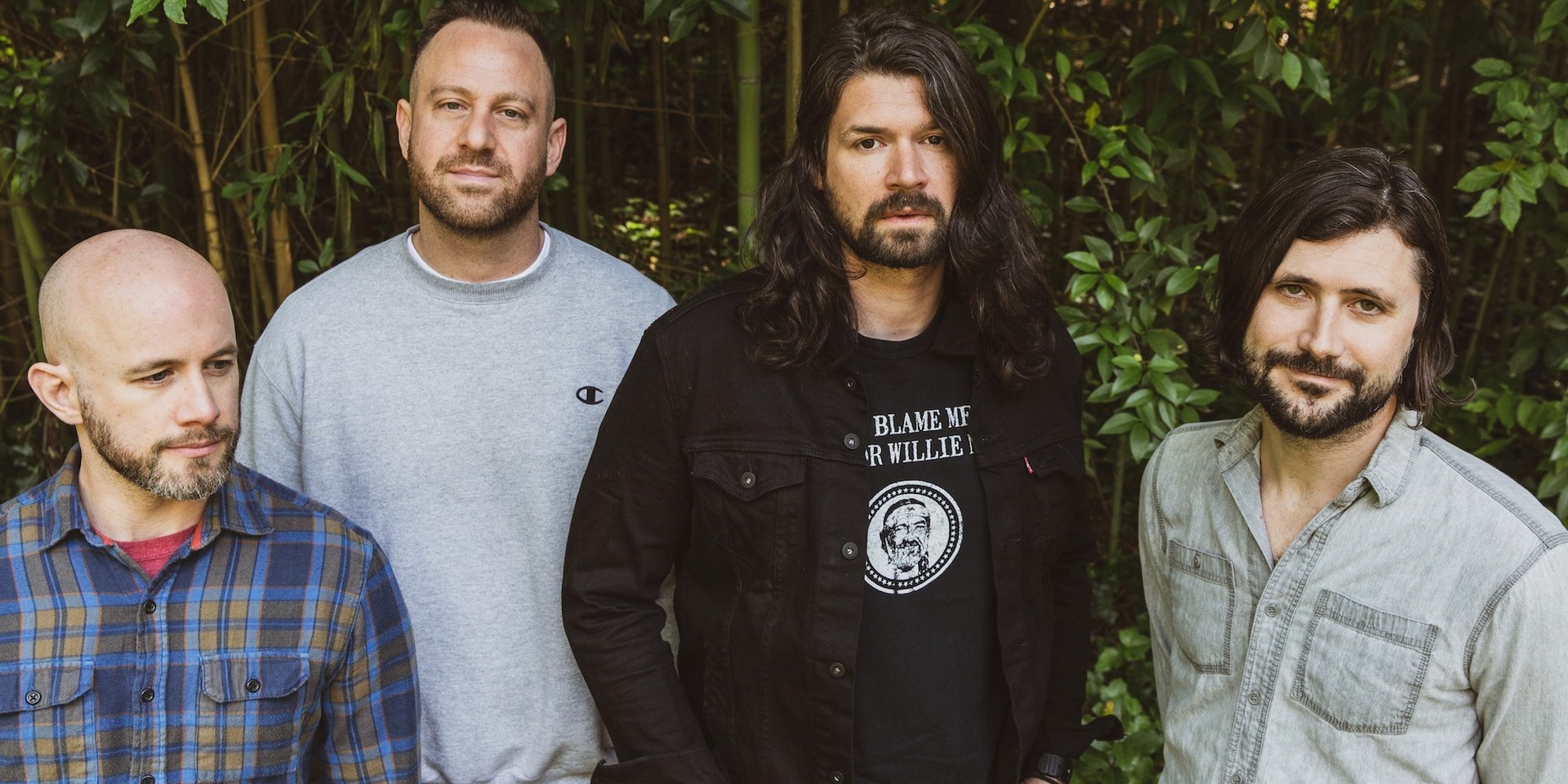 Taking Back Sunday have announced that they'll be hitting the road and playing the entirety of their debut album Tell All Your Friends in celebration their 20th anniversary.

The upcoming tour, which supports their retrospective album aptly named Twenty, will take the Long Island post-hardcore heroes across North America, Australia, Asia, and South America this 2019. In their announcement, the 'Make Damn Sure' act revealed that they will be performing in Singapore on January 19, Tokyo on January 21, and Manila on January 26 in 2019.

Excited to announce a Celebration of our 20 Year Anniversary with a career retrospective album "Twenty" and 2019 World Tour!
Here's Leg 1, much more info at https://t.co/3FXXi8oGEs! pic.twitter.com/mWaHfpScmO

On Wednesday morning (10/10), PULP Live World revealed that they will be bringing back the Bazooka Rocks 3 alums to the Philippines for the Manila leg of the tour. The show will be held at the New Frontier Theater (formerly the Kia Theatre) in Quezon City on January 26 (Saturday).

Check out the poster below fo the Philippine leg of Taking Back Sunday's 20th anniversary tour. 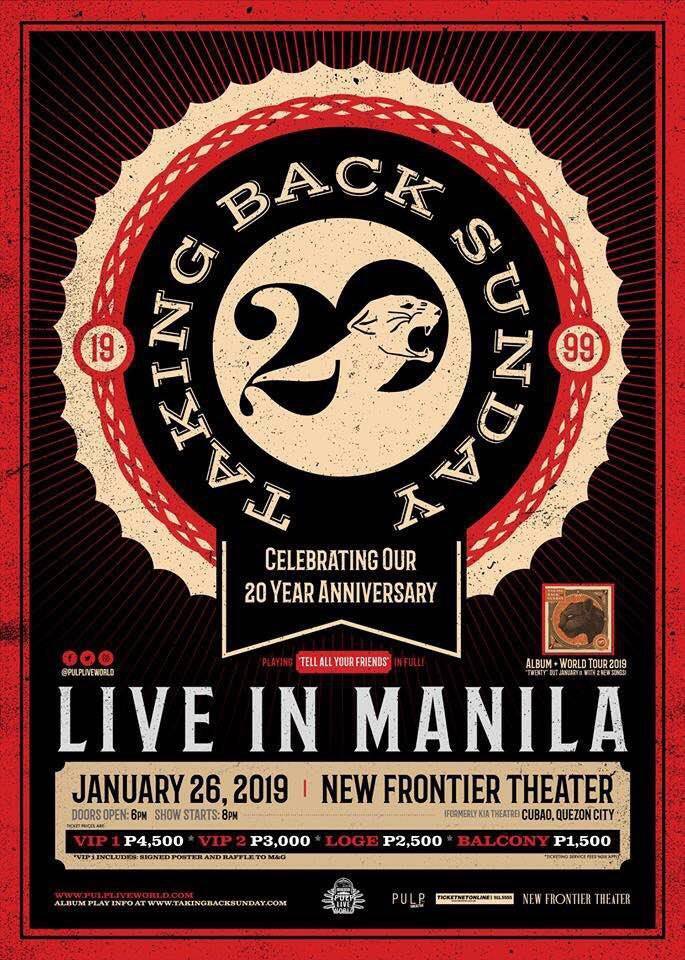