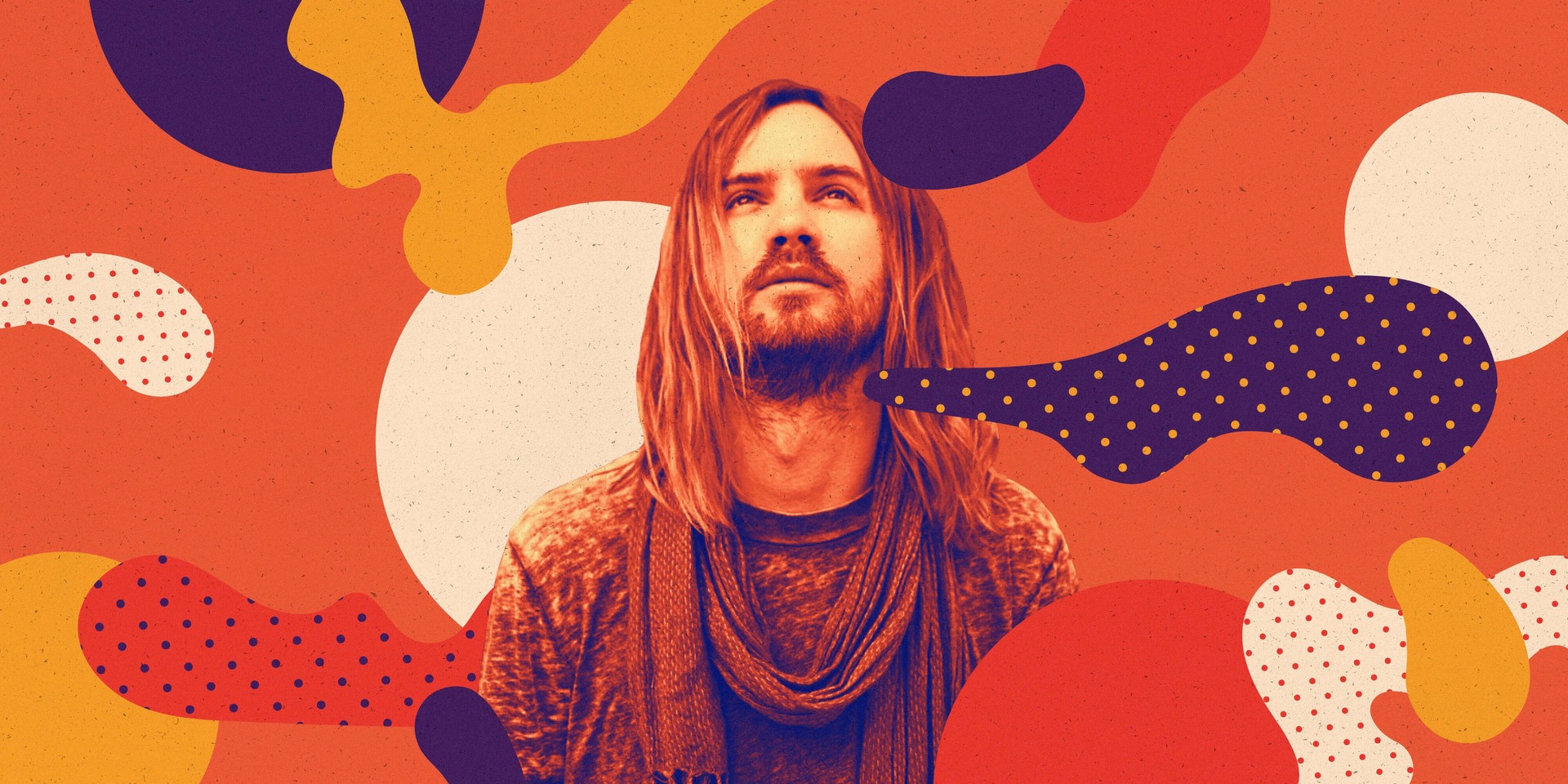 No matter how long-serving you've been of a fan of Tame Impala, 2015's Currents undeniably sent ripples across fanbases when it was clear guitars weren't the only prominent thing on a Tame Impala record anymore.

Tame Impala released the seven-minute stunner 'Let It Happen' as their first single since 2012's brilliant Lonerism, and the reception was mostly positive, even if some fans felt alienated by the band's new direction — one that presented more sensual, dense grooves driven by synths, and a lot less heady psychedelic effects.

The absence of an immediate hook and the extensive length of the track confused many, but to the band's mastermind and sole constant member Kevin Parker, the song was an obvious choice as the public's first taste of Currents.

"I knew people were going talk about the length of it, but I just felt like it was such a bold move," said Parker, on the phone from Peru earlier in March. "I knew that had to be the first song to come out from the moment that I started writing it. I always love to make a bold move." 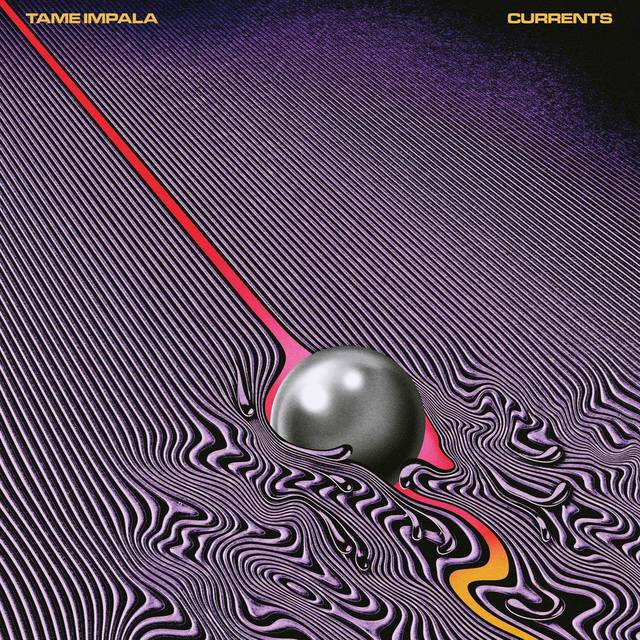 The album art for Currents, the first album by the band to not be designed by Australian artist Leif Podhajsky.

It's the audacity Parker mentions here that has also pushed Tame Impala from a beloved band in Australia's blooming psychedelic rock scene, to one of indie rock's most idiosyncratic songwriters.

The band has gone from supporting MGMT to getting covered by Rihanna, and also garnering a nomination alongside heavyweights Bjork and Wilco at this year's Grammys. It has been six whirlwind years for Parker since Innerspeaker, but he hasn't exactly counted down the years since. "You know, there is always so much stuff going on that I never have the time to remember when it all happened," said Parker, referring to the release of his last three albums.

Tame Impala remains the pet project of Parker, who is also its sole constant member and driving force, roping in close friends to join as touring members. "It's something I have been doing my whole life, making music on my own, because I haven't always had friends or musicians at my disposal," says Parker. "For me, making the whole song from the start was always just the way I did it. It's the way I can get the most kind of honest and emotional experience out of it."

All three Tame Impala albums, along with their self-titled EP, have been recorded entirely by Parker, who has handled all the instruments and production. The seemingly exhaustive lengths Parker has gone to produce each album has resulted in a world of mind-altering and intensely personal rock music: the endearingly vintage-sounding Innerspeaker, the audacious Lonerism — which matched a bolder pop sensibility with impenetrable streams of psychedelia — and the invigoratingly seductive, disco-leaning Currents.

...if I do the same thing twice, I would be instantly bored."

His self-reliance has also constantly pushed him with ideas and even allowed space for soul searching, he admits. "I just found it is the most me, you know? It sounds kind of selfish and self-indulgent, but I mean it in terms of making something that I could say is a true representation of myself." says Parker. "If I don't have Tame Impala to express myself, I wouldn't have anything."

While the project has consumed most of his professional career thus far, he's also known for his brief stint as drummer for psych-rock band Pond, along with his early band-oriented projects The Dee Dee Dums and Mink Mussel Creek. He affirms that he enjoys playing in bands, but admits that "it's a different thing altogether."

Currents marks an obvious shift in Tame Impala's sound, one that was only vaguely foretold with groove-centric Lonerism tracks like 'Elephant' or 'Music To Walk Home By'. It's easy to point out the pop success of a previous single like 'Feels Like We Only Go Backwards' to investigate Currents' focus on accessible danceable rhythms, or even accuse Parker of trying to reach a bigger crowd.

But while Currents remains Tame Impala's most successful album yet, his move was based on only one fundamental part of Parker's musical instincts: to move away from what was expected from him.

"People were expecting it to be a particular type of psych rock, and that drove me to do the opposite," explains Parker. "I just have to trust my senses because for me, as long as I'm doing it, as long as I put that kind of energy into it, that's what makes it Tame Impala." He surmises that his "inner teenage rebel" pushed him away from producing anything similar to his past work: "I guess it wants me to bluff people and rebel against what is expected of me," he laughs.

The album was written following the relatively enormous success of Lonerism. It cemented Tame Impala's place as a dominant force in indie rock, bolstered by strong singles like 'Feels Like We Only Go Backwards' and 'Elephant'.

Relating to the meaning of the album's title, "It's kind of a way of processing something that you have always been trying to fight off, and then you realise that it's pointless and you just give in. The song 'Let It Happen' is literally to give in to it and stop fighting it."

...it's just the fear of waking up one day, where we're like 50 years old and realizing we're still children."

— Kevin Parker, on the "transient" life of touring and making music.

The ongoing success of Currents was not wholly unprecedented, continuing the momentum laid out by Lonerism's successful singles, but no one saw someone like Rihanna getting involved. The R&B-pop princess covered the album's melancholic closing track, 'New Person, Same Old Mistakes', on her recent alternative-pop record Anti.

"I was pinching myself. I couldn't believe it was real," says Parker. "I saw that she started playing it in her world tour just recently. I hope to one day see it! I think we'll meet up eventually, I don't know." He's also a fan of Anti — "It's amazing, I think it's my favourite album of hers" — and hopes to cover album opener 'Consideration'.

The strong dance elements of Currents have also attracted a diverse range of crowds, not to mention objectively bigger ones, and he's welcomed it as he's enjoyed the stronger communal response from them.

"When we start playing a song like 'The Less I Know The Better', people just respond to that kind of rhythm, like they're there to party or there to disco or something like that," says Parker. "The songs still have the emotions and resonance to it but there's less introspection and... well, tripping out!" 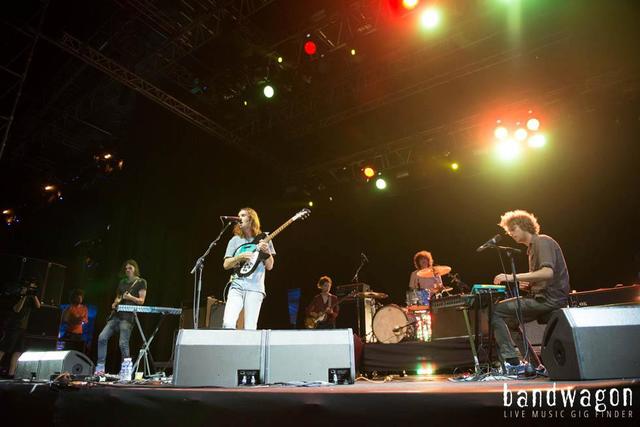 The band in Singapore, as part of Laneway Festival's lineup in 2013.

Tours have been a consistently enjoyable factor in Parker's experience performing as Tame Impala, attributing to a sense of adventure that comes with every tour. "For me, that's the only thing that keeps me going. It's like, if I do the same thing twice, I would be instantly bored."

He stays true to that when performing with the band, especially with longtime members Jay Watson and Dominic Simper, who've been with Parker since 2007.

"Jay used to play drums, but now he plays keys. That's the kind of things we like to do as a band, we just change it around and change how we do things just to fit what we're doing. We're not pressured for the type of gear we're using, how we're using it, who uses it," explains Parker. "Anything is possible, nothing is set in stone." 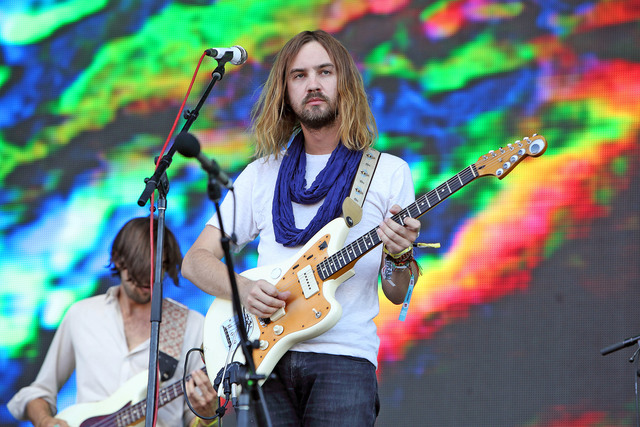 But even as touring remains an exciting prospect for Parker and co., he occasionally meditates on life back home.

"When you get home from a long tour, you hear news about your friends, like they have done something like getting married or graduated from university or did something, and you feel like people's lives are moving on without you," says Parker.

"We're leaving our friends when we leave on an aeroplane for tours, but we're really the ones being left behind, because we're the ones living this transient life, and everyone else is probably just getting on with their lives, you know?"

Despite Parker's obsession with music — he's already writing new material while on a break during this current tour — he still takes his job as an artist rather modestly, and all the success has seemingly not blinded him from something he genuinely enjoys doing: making music that's true to himself. "But I guess it's just the fear of waking up one day," says Parker, "where we're like 50 years old and realizing we're still children."

Whether Parker yearns for a life outside music remains to be seen, but as millions of fans can attest, he's doing a pretty bang-up job at life right now.

Secret Sounds Asia will be bringing Tame Impala to Singapore on April 21st, performing at The Star Theatre.

Thanks to Universal Music Singapore, you can win yourself a pair of tickets to the show. Click here to enter.